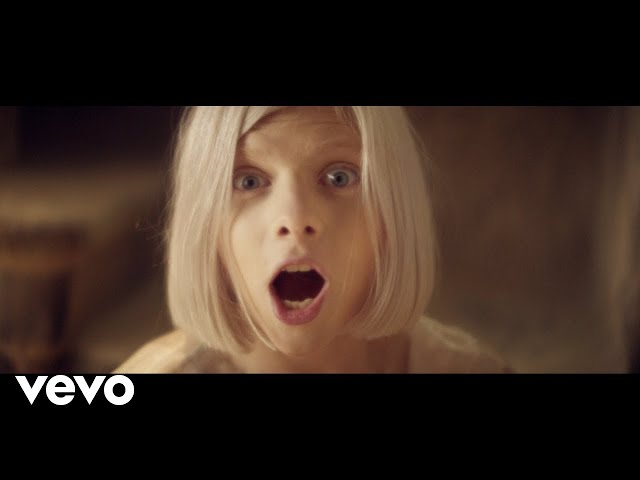 SOUNDS LIKE: Norse folk ballads served on the rocks. Tales over a variety of synth claps, trills and other electronic curios.

FOR FANS OF: Of Monsters and Men, Lorde, Sia.

WHY YOU SHOULD PAY ATTENTION: Like many budding pop stars, 19-year-old Norwegian Aurora Aksnes (pictured) was first discovered online after posting her original songs on Soundcloud and Youtube. She’s since been signed to Glassnote in the States and Decca in the UK, and has gone on to sell out shows in London, where she scored the opening slot for Icelandic pop titans Of Monsters and Men. Across the pond she won over Katy Perry, who visited Aurora backstage after her show in Los Angeles. “She wasn’t wearing her usual dresses or make-up, she was very lovely and down-to-earth,” says Aksnes. “It must be strange being that famous.” Her debut album, All My Demons Greeting Me as a Friend, is out now.

SHE SAYS: “I live by the sea. We use a lot of field recordings and samples from the ocean and from rainy days.” Delicate single “Murder Song (5, 4, 3, 2, 1)” is a particularly grim introduction to her album, in which she sings from the perspective of a murder victim who embraces her murderer. “Lots of songs aren’t even from my experiences, but they’re about accepting… the dark things about yourself,” says Aksnes.

HEAR FOR YOURSELF: “Conqueror” is an upbeat song for the modern Viking girl who bemoans the timidness of her love prospects. [S.E.]

SOUNDS LIKE: Daydreaming jangle-pop steeped in three guitars and nostalgia.

FOR FANS OF: Future Islands, the Psychedelic Furs, Models.

WHY YOU SHOULD PAY ATTENTION: Sydney five-piece Big White were all but unknown in Australia when a representative from American taste-makers Burger Records saw them play to “about five people” in Bondi before putting out their debut album on tape last year. Now it’s getting a proper Aussie release, propelled by itchy, quasi-New Wave anthems full of oddball colour and such universal totems of lost youth as summer school, skate parks and beaches. The band recently raised funds for a second trip to South by Southwest with a house show that drew over 400 people and much lockouts-themed media coverage.

THEY SAY: “It was kind of just luck,” says singer Cody Munro Moore of the Burger deal and their subsequent U.S. debut ping-ponging between Burger parties. Big White coalesced almost as much by accident, when the members got bored while holidaying in Berlin and cut their debut single “I Can’t Tell” in a Kreuzberg studio. They decided to chip away at an album over the next year, resulting in the VHS-warped throwback pop of Teenage Dreams. “We’ve always loved post-punk and a lot of New Wave stuff from the Eighties,” says Moore, though he’s quick to point out: “We weren’t around then. We weren’t alive!” As for the album title, which echoes that of recent Beach House and Katy Perry LPs, he laughs again: “We didn’t even realise. We were a bit out of touch.” After their current SXSW stint, Big White are planning an Australian launch tour that focuses on warehouses and other venues where “everyone can drink all they want, stay up all night [and] meet new people”. The repeated success of their house parties proves that there’s a need for it. “They’re not just likes on Facebook,” says Moore. “These are actually people that want to see live music.”

HEAR FOR YOURSELF: Swoon along to the Future Islands-esque “Whatever Happens in the Night” and the guitar-stacked earworm “Dinosaur City”. [D.W.] 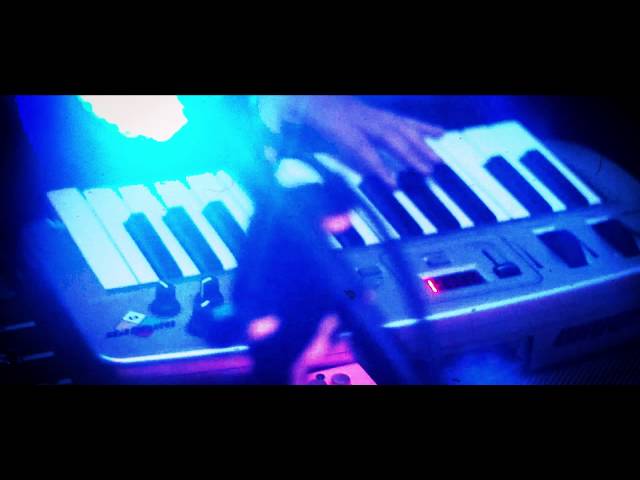 SOUNDS LIKE: Electronic music rendered on a laptop pulled from a smouldering building.

WHY YOU SHOULD PAY ATTENTION: Ashkan Kooshanejad and his band Take It Easy Hospital were featured in the Cannes Special Jury Prize-winning documentary No One Knows About Persian Cats. While playing underground rock concerts had already attracted a police presence in Kooshanejad’s hometown of Tehran (and landed him in prison for three weeks), after the film was smuggled out of the country to international acclaim, Kooshanejad and bandmate Negar Shaghaghi became “persons of interest” and sought asylum while on tour in the U.K. Now he’s focused on his uncompromising, dizzying and dense electronic album, I AKA I, out now.

HE SAYS: “Before the internet in Tehran, music was very random via people bringing in tapes and records,” said Kooshanejad, who now calls London home. “Electronic music was rare.” Kooshanejad formed bands and taught himself how to produce. “It was experimental and I was self-taught. It was just for myself and personal.”

HEAR FOR YOURSELF: “Mudafossil” is a collision of Eastern violin and Western noise. [A.B.] 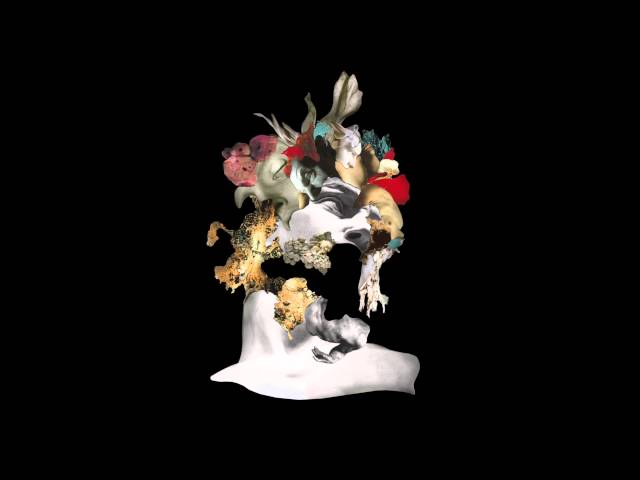 SOUNDS LIKE: Good tunes for people who love bad news. Though his band’s music might imply otherwise, lead vocalist Stefan Babcock promises that he’s “not as much of a bummer dude”.

FOR FANS OF: The Get Up Kids, the Menzingers, self-deprecation.

WHY YOU SHOULD PAY ATTENTION: These Toronto thrashers forge rollicking, pop-tinged punk with serious bite. Pup was born one fortuitous day when all four members quit their jobs and then went on a bender to celebrate. When the band recorded and released their eponymous debut in 2013, they didn’t think anyone outside their friend circle would hear it. Cut to these underdogs touring for two years alongside the likes of Modern Baseball (they played a whopping 250 shows in 2014 alone), and sweeping the nominations for Canada’s most coveted music prizes, including the Prism, the Juno Awards and the Polaris Music Prize. Now Pup are back with a lean, throttling sophomore album, The Dream Is Over. Due later this year, Dream features cheeky, self-referential numbers like “If This Tour Doesn’t Kill You, I Will”.

THEY SAY: “We really feel like we’ve been living the dream for the past two years,” says Babcock. “It’s awesome and we are having a great time, but you get a little bit of… disillusionment. We miss our girlfriends and barely scrape together money for rent. These are sacrifices that we’re willing to make, but there’s a realisation that like any job, it has ups and downs. And that’s when we started joking with each other that the dream was over. I remember one time [our guitarist] Steve spilled ketchup on himself and someone was like, ‘Ah, the dream is over!’ On our last tour, a doctor found a cyst on my vocal cord and [it] was hemorrhaging like, day one of a seven-week tour. She said to me, word for word, ‘The dream is over.’ We had spent half the year using that as our inside joke and the doctor made that joke into a terrible reality.”

HEAR FOR YOURSELF: “DVP”, the album’s first single, is a lickety-split ode to freaks, geeks and every outsider in between. [P.M.] 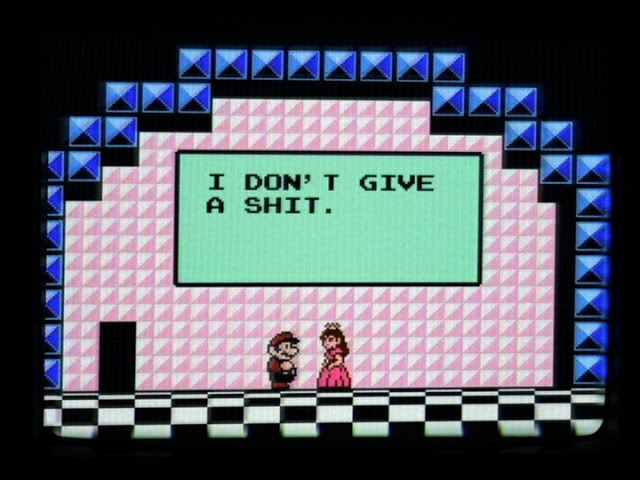 FOR FANS OF: Depeche Mode, the Weeknd, Eighties action movies.

WHY YOU SHOULD PAY ATTENTION: Best known as the terrifying daredevil frontman of spazz-metal vets the Dillinger Escape Plan, Greg Puciato fully exposes his sensitive side in the Black Queen. The trio, which also features erstwhile Nine Inch Nails and Puscifer touring member Joshua Eustis and former Dillinger and NIN tech Steven Alexander, recently self-released their debut album, Fever Daydream, a black celebration full of sultry R&B-inflected vocals and shimmering, pulsing electronics. “We lived together from early 2013 until early 2015,” says Puciato, who’s fresh off the Black Queen’s first-ever live performances – sold-out gigs in L.A. and London. “It was just this two-year period of pretty much only hanging out with one another, working on music and only being awake at night, in a really bleak area of downtown L.A. around the corner from skid row, amongst pure grime. That played a big part in the sound: just being in this desolate environment of urban blight, completely self-contained, making this heavily emotional music together.”

THEY SAY: While few fans of Puciato’s main band will be surprised at his love of electronic music – Dillinger have covered Aphex Twin and Massive Attack over the years – his appreciation for R&B, and the style’s major influence on the Black Queen, may come as a surprise. “I love Nineties R&B. Like fully and non-ironically. As much as I love metal or hardcore or punk or rock & roll,” the singer enthuses. “It was a big part of my childhood. I would listen to it as equally as Slayer or Metallica or Soundgarden or Bad Brains. Some of the production and songwriting and singing on the R&B records from that time period are just unreal. It was rare to find someone else who I could talk about Death’s Leprosy with as well as a New Edition song.”

HEAR FOR YOURSELF: “Ice to Never” is the sort of chilly yet romantic synth-pop cut Ryan Gosling’s Drive character might have played on repeat if his choice vehicle were a DeLorean. [B.G.] 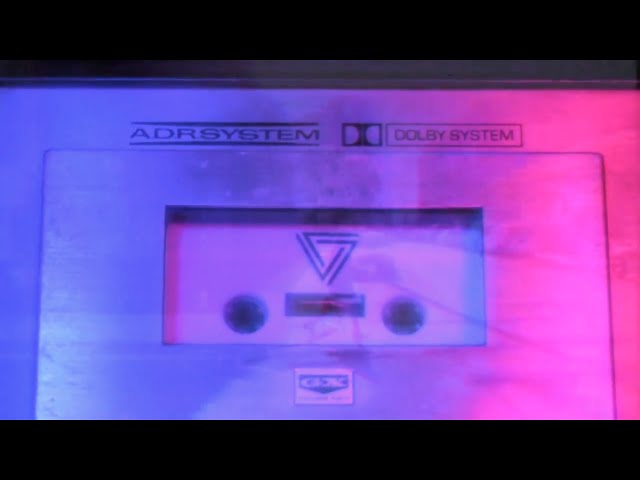