WHY YOU SHOULD PAY ATTENTION: Twenty-year-old Hannah Karydas, aka Eves the Behavior, has come a long way since performing at “Cairns Has Got Talent” when she was 11. She recently signed a deal with ATC Management, which counts Nick Cave as a client, and spent time in America and the UK working with songwriters such as Chris Walla (Death Cab For Cutie) and Dave Sitek (TV On the Radio). Appearances at Laneway and this month’s Splendour, alongside supports with the likes of George Ezra and Jarryd James, have helped build on the buzz created by singles “TV” and “Electrical”, both of which feature on Karydas’ debut EP, out this month. “I’m really focusing on creating a fictional world with recurring characters, and a story that unfolds every time I put something out,” says Karydas, who experiences synesthesia, meaning she associates music with colours.

SHE SAYS: “I’m a very visual person. Songs exist in rooms for me and they have certain defined faces with certain temperatures. To me music and visuals go hand in hand.”

HEAR FOR YOURSELF: “TV” – a beautifully sombre meditation on seeing “characters on screen act out exaggerated forms of how I felt”. [R.Y.] 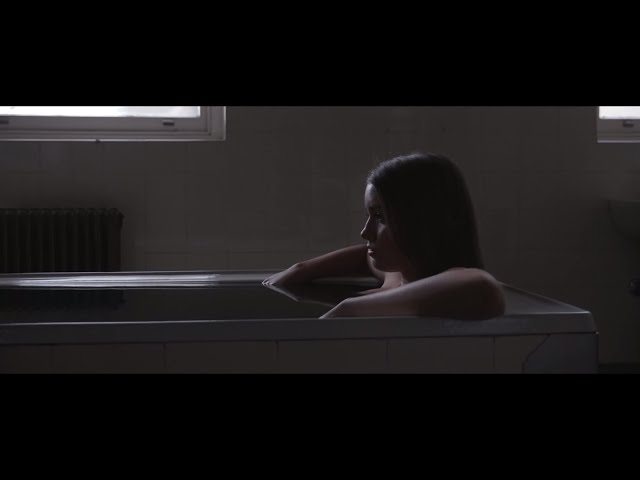 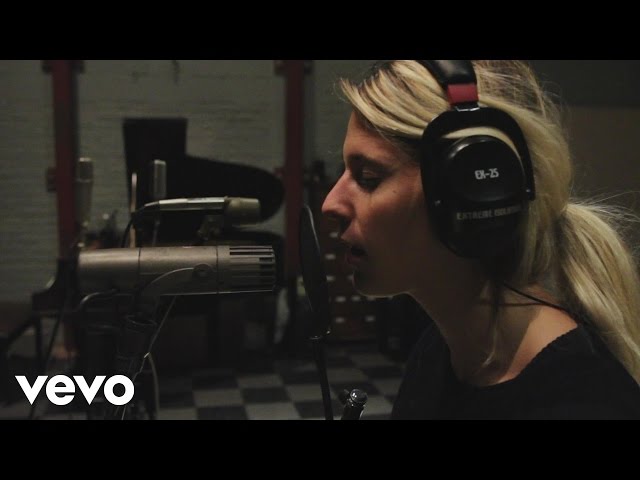 SOUNDS LIKE: Trying to squeeze a drop of blood from a sugarcube.

WHY YOU SHOULD PAY ATTENTION: During her internship at Electrical Audio studio, Bully lead singer Alicia Bognanno [pictured above] seriously impressed the oft-acerbic producer Steve Albini (Nirvana, Pixies, PJ Harvey). “She was a fucking joy,” he told NME. Her analog recording homework paid off when it came to assembling the Nashville quartet’s full-length StarTime/Columbia debut, Feels Like, a knuckle sandwich of pop-punk hooks and grunge heft. Through broken arms, poisonous memories and other lyrical baggage, Bognanno balances vocal clarity and a throat-ripping rasp. Equally potent is the tight, occasionally sludgy, frequently anthemic work of guitarist Clayton Parker and drummer Stewart Copeland – both vets of Saddle Creek garage rockers Pujol – alongside bassist Reece Lazarus. Recently on the road with Jeffthe Brotherhood, Bully shift to supporting Best Coast later this year.

THEY SAY: “I think I did ‘I Remember’ in three takes,” says Bognanno. “I just nailed it out. A lot of that stuff is just emotional, and it’s not hard for me to replicate what I originally did live. It feels really good for me to scream about things like that. It’s like a stress reliever. There’s certain nights where I just really have an off day and we’ll play a show. It happened the other night and it was like, ‘Oh my gosh, it’s so good to get up here and scream it out.’

“I would love to meet Paul Westerberg from the Replacements,” she adds. “I really like the way he writes his lyrics. Just the little things that he says. ‘Skyway’ or ‘Achin’ to Be’, they’re so sweet. If I could write a word as good as he’s written a whole song, I would be pleased. The music is awesome too, of course.”

HEAR FOR YOURSELF: Bully’s new single “Trying” flips between honey-coated verses and an acid-streaked chorus. [R.F.] 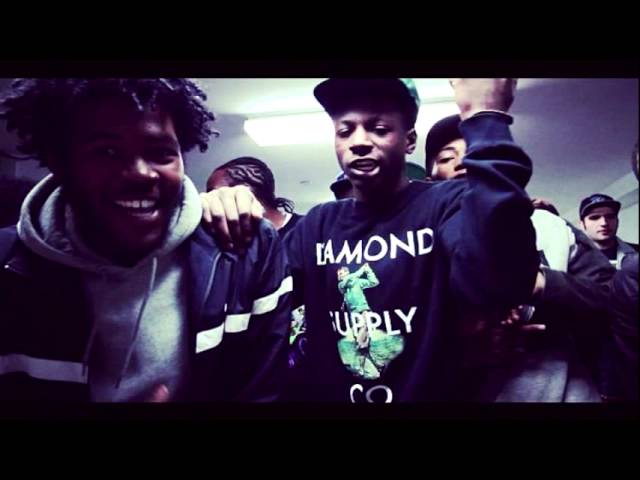 WHY YOU SHOULD PAY ATTENTION: New Jersey-born and Los Angeles-based beat maker Knxwledge found the best possible breakthrough thanks to Kendrick Lamar, who stumbled upon the producer’s Bandcamp. Knxwledge subsequently got a coveted credit on Lamar’s recent release, To Pimp a Butterfly, having created the dreamy, atmospheric beat for “Momma”. In May he released an album via Stones Throw titled Hud Dreems, and he’s prepping a collaborative record with Anderson Paak (their duo is called NxWorries). Plus, after spending some time with them in the studio, Knxwledge should be able to add credits for Action Bronson, Prodigy and Schoolboy Q to his list.

HE SAYS: “Probably what sets my tunes apart is the feeling. Everything I touch is 800 per cent melody driven, so whether it’s some chops or chords, it’s going to be church soul minus the hallelujahs.”

HEAR FOR YOURSELF: Knxwledge supplied the jazzy beat for “Killuminati” by Joey Bada$$. [B.S.]

WHY YOU SHOULD PAY ATTENTION: Signed to Courtney Barnett’s Milk! Records label, the 23-year-old songwriter toured the UK twice recently: once supporting Barnett and again on his own. Fleshed out by members of You Am I, King Gizzard, Harmony and Eagle & the Worm, his all-star debut album, Slow Gum, rolls along with witty, rambling warmth. “We’re All Alright” blooms with horns and backup singers, while “My Old Man” indulges in pub-friendly fiddle and piano and the closing “Blossom & Snow” evokes what Gorman calls the “super dry finger-picking” of Townes Van Zandt. It’s old-school Americana reimagined by a young Aussie larrikin, right down to off-centre lyrics about a boy who “nearly killed himself sippin’ life from a lead-paint-filled balloon”.

HE SAYS: A carpenter by trade, Gorman grew up in Victorian beach town Torquay before heading to Melbourne. But as his peers dove into 1960s garage and psych with their bands, a teenage Gorman turned to Dylan, Neil Young and other solo talents. “Songwriters became a thing for me,” he confesses, nursing a stutter that comes and goes. But he’s no unfunny troubadour: “There’s enough boring and beige singer-songwriter shit around already. I’m not a super serious guy. I like to have lots of fun and party and joke. I can’t help but let some of that come out in my music.”

HEAR FOR YOURSELF: Watch the Anchorman-style video for “Shiny Gun”, and catch Gorman launching Slow Gum throughout July. [D.W.] 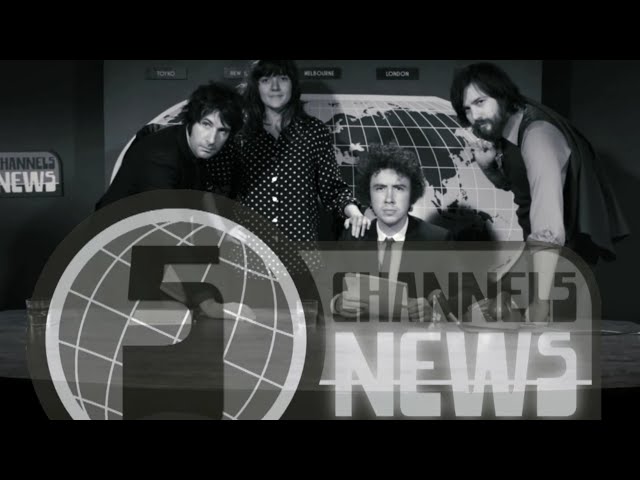 SOUNDS LIKE: The Death Grips of gospel torching the South’s dark underbelly.

FOR FANS OF: TV On the Radio, Nick Cave, Kanye West.

WHY YOU SHOULD PAY ATTENTION: Tucked inside D’Angelo’s 2000 masterpiece Voodoo was rapper-poet Saul Williams’ furious liner notes taking aim at the state of black music. (“Most of my peers seem to idolize Donald Trump more than Sly Stone,” Williams wrote.) A Georgia State University student named Franklin James Fisher pasted those words on his wall and never forgot them. In the mid-aughts, Fisher linked up with ex-classmates with post-punk leanings, Lee Tesche and Ryan Mahan, and pieced together Algiers based upon the parallel energies of punk and gospel traditions. “Both types of music come from dispossessed populations and marginalised populations,” Fisher says. “We decided to follow that down as far as we possibly could.” In 2012 and 2013, they released “Blood” and “Claudette”, biting singles that combine Blind Boys of Alabama-style vocals and harmonies, and beastly, bent-metal beats. At that point, Matador Records had heard enough to be enthralled, and booked Algiers to record at 4AD Studios with Tom Morris (Bloc Party, Lydia Lunch) in London. Drinking “sort of like a hot toddy”, Fisher punched in his vocals late at night with the lights down low. The results are spiritual, political and confrontational.

THEY SAY: “I still don’t consider myself a singer,” says Fisher. “I appreciate the aesthetic of just really not caring – not trying to sound pretty. Especially if you’re angry, just shout it out. Any sort of traditional negro spiritual music, gospel music, soul or R&B, the best versions were when they were just raw and emotional and not overly produced. In every genre across the board in popular music, things are way too packaged, way too smooth. It’s not even human anymore. Everything on the radio is Auto-Tuned. The edges are all trimmed. We want things to be rough around the edges. That’s something to embrace… Bob Dylan made it OK not to have a traditionally nice voice. In the black community, the standard is really high as to who can be called a singer. That’s why I’m so hesitant to call myself a singer. My sisters are both amazing singers. I just kinda scream and do my thing.”

HEAR FOR YOURSELF: Algiers build a terror dome where Fisher can shredhis larynx on “But She Was Not Flying”. [R.F.] 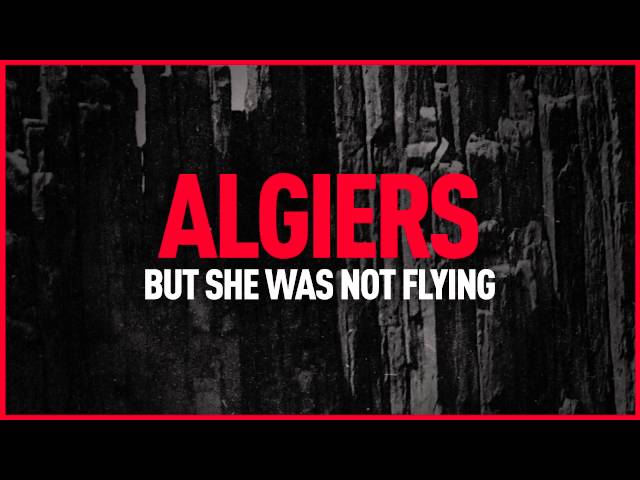