SOUNDS LIKE: Glam with the natural sparkle of West Coast sunshine.

WHY YOU SHOULD PAY ATTENTION: “Electric Love” from glam-pop newcomer Garrett Borns (pictured above) garnered the attention of Taylor Swift, who called the single an “instant classic”. He seemingly came out of nowhere with last year’s Candy EP, but Borns actually came from L.A. – where he lived in a treehouse. “I’m the kind of person who needs a change of scenery once my thoughts start repeating themselves,” says the Michigan-born singer. Though he’s since relocated to a more traditional abode that he calls Mewtopia (named for the random cats that come through the building’s garden), the seclusion of his nature-surrounded California home helped influence his dreamy and sweet debut. 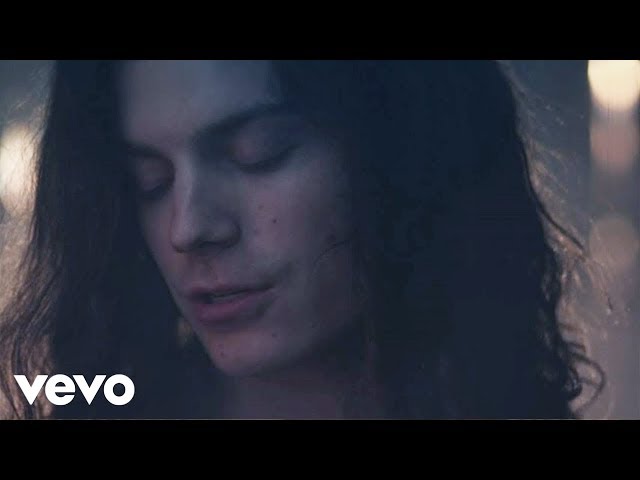 SOUNDS LIKE: Kick arse heavy rock that bristles with the venom of thrash one minute and the anthems of arena rock the next.

WHY YOU SHOULD PAY ATTENTION: The odds of any band making it are slim. The odds of two siblings – vocalist/guitarist Lzzy Hale and drummer Arejay – forming a band when they were 13 and 10 respectively and it going on to win a Grammy for Best Hard Rock/Metal Performance and have its third album, Into The Wild Life, hit the U.S. Top 5 must be astronomical. And yet, that’s exactly what Pennsylvanian quartet Halestorm (completed by guitarist Joe Hottinger and bassist Josh Smith) have achieved. “My parents admitted to me recently that they thought it was going to be a summer thing,” laughs Hale of their first jam in 1997. “It ended up being a really long summer.” Into the Wild Life was recorded live and without ProTools with producer Jay Joyce (Cage the Elephant) in Nashville, meaning the band had to keep playing each song until they got it right. After umpteen takes of lead single “Apocalyptic”, Hale’s younger brother finally twigged to how sexual his sister’s lyrics were. “Arejay turns to me and goes, ‘Did you just say “red handprint across my ass”‘? And I’m like, ‘Yeah, sorry bro’,” cackles Hale. “The accomplishment for me as a big sister is I’m still able to annoy my little brother, after everything we’ve done. I can still find a way.”

THEY SAY: “We measure our success by the small triumphs, and we always have,” says Hale. “The goal hasn’t changed. The goal has always been just to continue. It hasn’t been to take over the world or get signed or win a Grammy, although believe me, those are nice things. But those were never the goals. And I think that’s a huge reason why we’re still a band, because it’s always about the next fork in the road. OK, where are we going to go next? Then what’s going to happen?”

HEAR FOR YOURSELF: The Grammy-winning “Love Bites (So Do I)” showcases Halestorm’s fiercer side; “Dear Daughter” off their new album their gentler disposition. “It’s an ode to what I learned from my mother,” says Hale. [R.Y.] 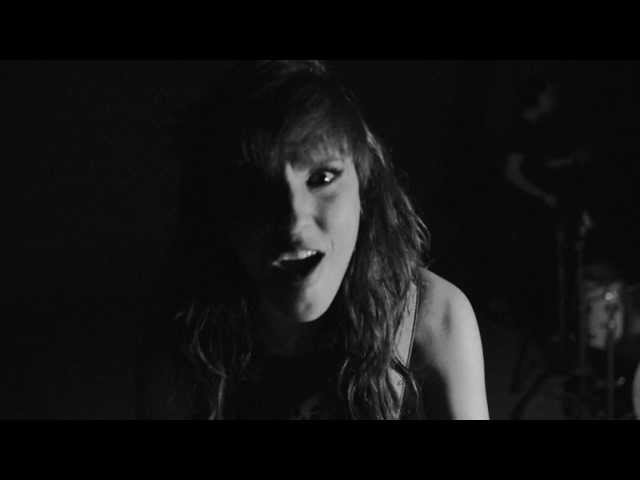 SOUNDS LIKE: A self-assured voice at the intersection of classic pop and electronic chaos.

WHY YOU SHOULD PAY ATTENTION: William Doyle, the one-man band performing as East India Youth, made the transition from guitar-group frontman (with Doyle and the Fourfathers) to synthpop soloist two years ago. Last year’s Mercury Prize-nominated Total Strife Forever relied heavily on instrumentals. But his new Culture of Volume is a modern song cycle featuring the 24-year-old Londoner’s voice in a variety of sometimes classically inspired electronic settings. These range from sweetly ambient to black-hole bleak, with beats aplenty along the way, and Doyle’s increasingly confident voice cutting through with restless aplomb. Emotionally experimental, or maybe vice versa, Doyle’s music displays a restless vibrancy that should serve him well.

HE SAYS: “Onstage I play bass guitar, keyboard and a drum pad, and I have a controller for my laptop. Any number of things might possibly go wrong. One weekend it happened quite a few times. I started thrashing my bass really hard, cut my fingers open and bled all over my keyboard. People got quite excited by this struggle of man vs. machine. I’ve worked out a few fail-safe options for when things do go down the pan, but I can’t fake it too much. But playing electronic dance music would be boring if everything always worked.”

HEAR FOR YOURSELF: “Carousel” is a brooding lazy susan of a tune. [R.G.] 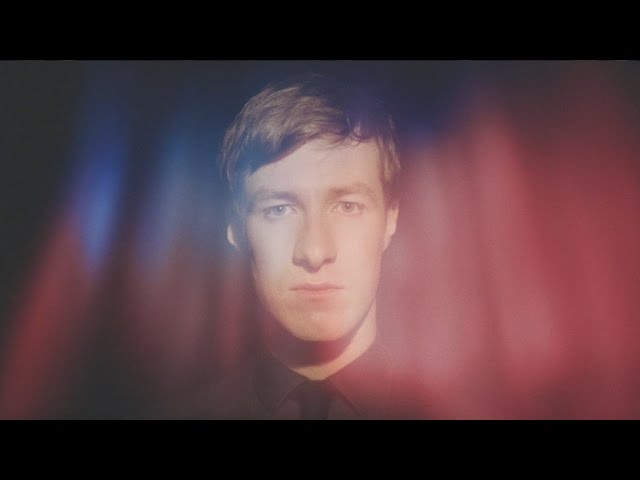 SOUNDS LIKE: Smart, slick pop delivered with fresh-faced charm and a fine falsetto.

WHY YOU SHOULD PAY ATTENTION: Boasting an elastic voice, luscious locks and some serious industry firepower, the Brisbane-born, L.A.-based singer has already won some of the most important ears in the business. Last year Kylie Minogue’s manager and Roc Nation co-founder Jay Brown asked to use his ballad “Start Again” for the popstar. Sewell politely declined.

“The song was my only golden chip I had at the time,” he says. Instead, he bet on himself and hit the jackpot when Lyor Cohen (former Def Jam president who signed Jay Z and Kanye) signed him to his new imprint, 300 Entertainment. It was a welcome windfall for a guy who’d been sleeping on his ex-manager’s couch for a year. Since then, the 27-year-old has co-written and sung on Norwegian house artist Kygo’s club anthem “Firestone”, which has clocked over 85 million streams on Spotify. In April, he supported Ed Sheeran on his Australian tour before jetting off to play Coachella. “I met Ed a year ago at a club in L.A.,” he smiles. “We were pretty wasted hanging out with Julian Lennon, the owners and some girls, just passing around a guitar and singing. It was a night to remember.”

The party boy will play his first headline shows here in September, around the time he expects to drop his debut album.

HE SAYS: “My sound is part singer-songwriter so it still feels organic, but with a rhythmic edge and poppy melodies. I’m not trying to be a Hozier or a Sam Smith. I’m different – once people see me live, they’ll see that.”

HEAR FOR YOURSELF: The heart-rending “Start Again” or the effervescent pop blast of “Hold Me Up”. [J.T.]

SOUNDS LIKE: The Tallest Man on Earth enhanced by the liquid courage of a few tallboys downed during band practice.

WHY YOU SHOULD PAY ATTENTION: Stelling self-released two albums of his inquisitive, incisive folk and toured through America and Europe. But after cutting his third album, he realised he lacked the wherewithal to repeat the process of raising money by himself. He shipped the music to Anti-, home of singer-songwriters like Tom Waits and William Elliott Whitmore, and connected quickly. On June 12, they’ll issue his Labor Against Waste. For these songs, Stelling stretched his approach to include elegiac strings and solemn harmonies on “Too Far North”, clanging percussion and driving banjo on “Death of Influence” and a shuffling, simpatico band for “Revenge”. The record delights at the threshold of polished folk-pop and rustic old folk; and he seems bound to make converts on both sides of that divide.

HE SAYS: With such a restless traveller, inspiration can strike in unexpected places. “Sometimes I write at home. Sometimes I write on the road. Sometimes I don’t write. Sometimes it all comes out at once, and sometimes it takes six months to write a song…. There was a period where I wrote five songs in a day, three of which ended up on Labor Against Waste. I remember writing in a hotel in Belgium and scribbling on a piece of paper on the dashboard of my car in Texas. I wouldn’t write on the dashboard, because I’m not into that kind of commitment.”

HEAR FOR YOURSELF: Stelling’s considerable acoustic chops are on display in the official performance clip of Labor Against Waste‘s opening track, “Warm Enemy”. [G.H.C.] 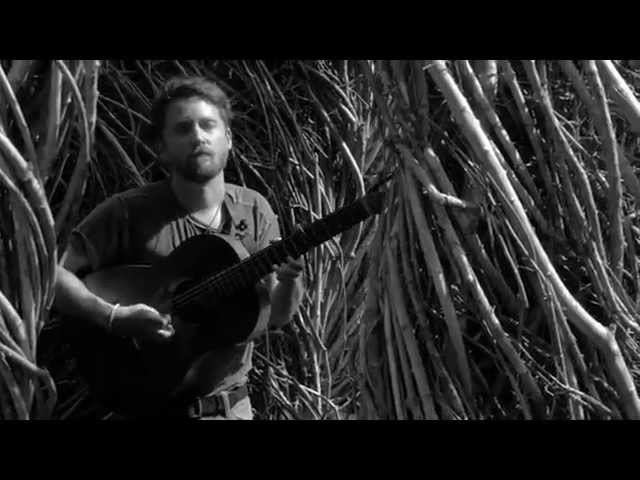