In a backstage area that’s about the size of a broom closet, Johnny Mackay is looking for the right way to summarise his latest musical endeavour — a predominantly solo project he calls Fascinator. “It’s a lot of different things, man,” he says. “It’s a hard thing to put in a box.”

It’s a Wednesday night in February and Mackay is about to take the stage at a small club in Lower Manhattan. Though, it’s not just a matter of getting up there and rolling through a conventional setlist where Fascinator is concerned. It’s far more complicated than that.

When the lights go down, Lord Fascinator (the protagonist at the heart of the project) mans the stage, but he’s not alone. An ever-swelling troupe of audience members seat themselves around him, their proximity to the Lord making it easier to immerse in a meditation session that’s being guided by the music and performance. Frequent collaborator, Fisher, is on stage too – he plays perfectly in-time air drums throughout the whole set.

A desire to be experimental with form and conventional environments — like that of a run-of-the-mill stage in a run-of-the-mill club — lies not just at the core of Fascinator, but of Mackay’s output in general these days. Which is why if you’re visiting Athens, Georgia, in late March, you’ll find him not only playing the third annual Slingshot festival alongside James Murphy, Jamie XX, and Omar Souleyman; but also in a room at the Bulldog Inn conducting a live art experiment.

Mackay visited the Bulldog when he was in town for Slingshot last year, and found what he describes as “one of the craziest art exhibitions ever.”

“Like, my favourite thing I saw was two dudes in a room — one was threading a bunch of bananas around him using needle and thread, and the other one would sing a song on karaoke,” says Mackay. “Then when the song would finish they’d switch roles. I could just watch that shit for hours.”

Alongside collaborators — photographer Brendan Burke, and visual artist Michael Sharp — Mackay will be hosting a room this year with the aim of transporting the audience to a “weird meditative space that takes you out of your body a little, out of your identity,” as he puts it. “Michael is going to be creating the space, and he’s using a lot of big inflatable plastic things to disfigure the room and make it a bit disorientating. Brendan is making a light installation in the middle of the room, and as people come in we’re going to hand them a white robe to wear, and we’re also going to hand them a Fascinator mask. The aim is to make it like immersive theatre. Everyone’s going to look the same, no-one’s going to have an identity. And I’m going to be running a guided meditation called Lord Meditator while all this is going on.”

Mackay calls the installation an extension of his Fascinator project, though the more we talk about it the more it becomes clear that music is not a central component of the piece. “There’ll be droning music,” he says. “I recently recorded my friend’s plant. My friend Darren Seltman (founding member of the Avalanches) has a plant called Darren the Plant, and he also has this device he bought off an Italian cult where you connect it to this plant and it omits music. So you connect it to any midi device and you can record the plant’s music essentially. We tried to connect it to ourselves and it didn’t work, but it worked on the plant. There’s one point where I touched one of Darren’s leaves near the start of a recording and it sent a weird shock wave through the thing for, like, ten minutes.”

Righto, let’s hold the horses on all this crazed-concept talk for a second though and put the question: how has the singer from Children Collide – a fairly straight forward Australian indie rock group – suddenly turned up leading strange art experiments in Georgian Hotels; encouraging pseudo yoga sessions in place of a rock show in a New York club; and torturing a plant with electrified wires so he can record the sound it makes? It’s not quite a career-backflip of, say, Matthew McConaughey or Ted Kaczynski proportions, but you get the picture.

Mackay insists that although people might see it as a big jump, he’s really always leaned more toward experimental art than earnest rock and roll, only, those leanings have unfolded mostly off the radar. Before and during Children Collide’s peak, for instance, he played in a band called the Philip Sisters with two buddies, Jim Barbecue and Johnny Goldcoast — “that whole thing was closer to Fascinator than anything I’ve ever seen,” says Mackay. And when the Amazing Philip Sisters morphed into a psychedelic group called Electric Smile Band following one of Johnny Goldcoast’s notoriously intense meditation sessions — in which he was instructed to follow said path – that was purportedly similar to Fascinator also. 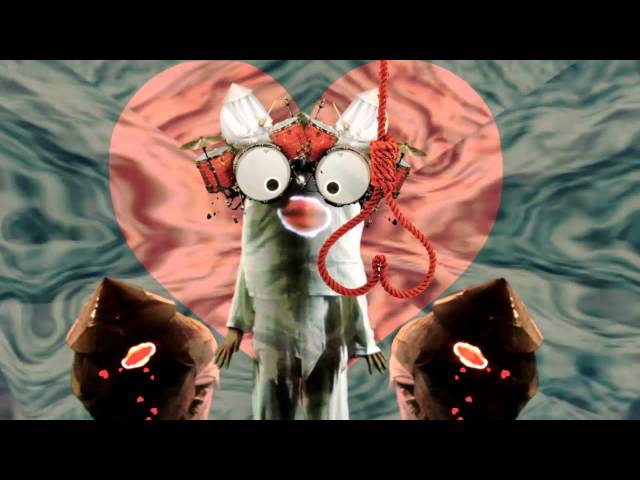 “Anyone who has known me for long enough is not surprised in any way about what I’m doing now,” says Mackay. “Children Collide, I always joked that it was my side-project that just happened to give me a career for a few years. That was the thing with that band, I’d write these songs taking the piss out of the scene around me and they’d end up being these serious singles that everyone thought were really earnest. I loved doing that band but it always sat weirdly with me that people expected me to be this serious dude. Then I’d feel like I was letting people down when I’d behave like a jerk about it. It’s funny how some things evolve out of your control.”

But it’s not only a case of Fascinator having stepped out of the shadow cast by his other band now though, claims Mackay. More recent factors — namely, moving to New York City a few years ago — have also played a hand in shaping the project’s sound and aesthetic. “New York has completely freed me,” he says.

Mackay is originally from Melbourne, and although he still loves his home city, he concedes that it’s not exactly conducive to making uninhibited art: “I love Melbourne, I love Australia, but it’s so judgmental. There’s either people who have this weird cheesy ambition and go full on commercial, or there’s people who are looking over their shoulder the whole time. None of that sits well with me. I’d rather be able to walk out dressed in garbage bags and no one cares because around the corner there’s someone cutting around in transparent garbage bags. That’s what New York gives you: no one gives a fuck, the city doesn’t give a shit. A guy put something up online the other day saying the reason Men in Black was set in New York was because it’s the city that would most easily accept aliens; but I’d say it’s actually the city where people are not even going to notice aliens.”

Fascinator is not a project that looks set to alienate a commercial base en masse though. Sure, there are both off-kilter aesthetics and art projects bubbling around its edges that, if taken on their own, may be neither comprehensible or classifiable to a large market; but essentially, it’s a project made out of really good pop songs, and it’s from this foundation that Mackay’s more cerebral ideas sprout in myriad directions. Take the most recent single “Showin’ Off”, for example: it evokes a middle ground somewhere between early LCD Soundsystem and the Stone Roses. “I’ll take that,” says Mackay. “But my album that’s about to come out is more like Kraftwerk.” 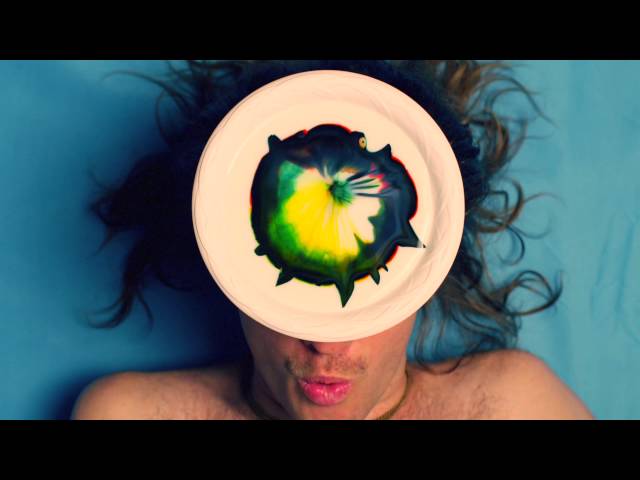 There’s something comforting about the fact that despite all the bells and whistles, Fascinator still gives over some meaty pop hooks and genre-tags for us to latch onto. Without them wouldn’t the whole thing run the risk of flailing into nebulous territory? – we’ve all been to those exhibitions that are seemingly just weird for weird’s sake: a guy standing in the corner listing the attributes of every Pokémon character on repeat; a blank canvas hanging on the wall that gives your Dad ample opportunity to make jokes like, “I’m going to hang around this one, I think the artist’s coming back in a second to finish it off.”

Perhaps our need to classify and align is unfortunate on account of being parochial; but Mackay, for all his misgivings, understands it. “Ah people are going to do that, man. Yeah, I mean it sort of sucks for us creative types who want to go looking for the unknown. But for other people, I think they like to feel like they’ve been down a road before to some extent and they’re just taking another step along it; not like they’re out there in the middle of a dark black ocean with no sight of land.”

It’s hard to argue that Mackay hasn’t pushed the boat out and headed for the horizon with Fascinator and its related projects. But the fact that he’s still making highly listenable and interesting music; and that he has recently contracted the services of high-profile manager Jody Regan (Tame Impala) to help spread the word about said music, is sign that he hasn’t quite lost sight of land just yet. Instead, he’s keeping a foot firmly planted on both sides of Athens, Georgia: one with the credible yet still marketable Slingshot music crowd; and the other with the Bulldog Inn mob, who’d surely find about as much love in the standard marketplace as an Alejandro Jodorowsky movie — Mackay’s favourite director, incidentally.

After spending a few minutes with Johnny Mackay, one realises that his Fascinator project is less about taking polarised steps as part of some calculated ploy, than it is about representing precisely who he is: an amalgam character built out of both pop hooks and the stuff of unfettered artistry; or as he puts it, “I’m 360 degrees of human being going on.”