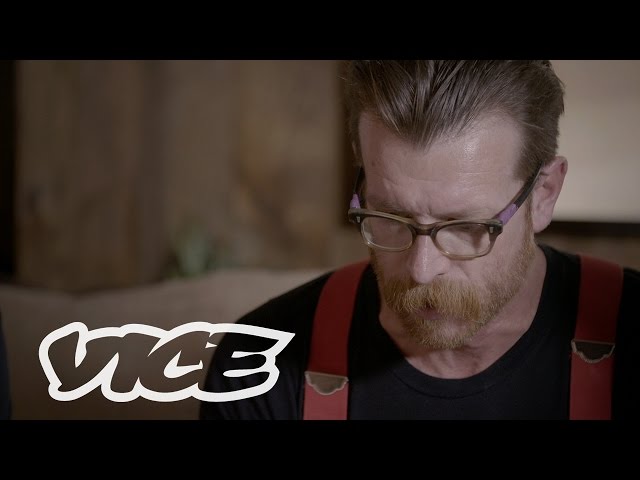 Eagles of Death Metal have opened up for the first time about the horror they endured when ISIS attackers opened fire on their concert in Paris two weeks ago, killing nearly 100 people. They discussed the split-second decisions they had to make in a new half-hour interview with Vice, as well as how they’re making sense of it now.

Each of the band’s members explained how they scrambled to survive, and how they managed to work through the confusion when the massacre began. “I immediately knew something was wrong,” drummer Julian Dorio said. “I bailed off my stool almost immediately [when I heard the shots]… I turned, looked through my drum hardware to the side of an amp and that’s when the second round started.”

“At first I thought it was the PA cracking up,” guitarist Eden Galindo said. “I realised real quick that it wasn’t, then I recognised what it was. At that time, [vocalist] Jesse [Hughes] ran towards me and we went in the corner of the stage. We weren’t sure if they were targeting us or what was going on.”

Bassist Matt McJunkins hid for a bit before making his way backstage to a green room. “Someone had left a bottle of champagne in the room for a post-show thing,” he said. “We had that to use [as a weapon]. That’s all we had. There was a woman in front of me. It was scary, because she was bleeding. And there was nothing to do except there was this guy who was holding her, trying to apply pressure on her. … Her blood was running out on the ground.”

Hughes also headed to a dressing room in search of his girlfriend, Tuesday Cross, but couldn’t immediately find her. At one point, he opened a door into a hallway and saw a shooter. “He turned on me, brought his gun down and the barrel hit the doorframe,” the singer said. “And I was like, ‘Oh, fuck.'” Around that time, he also realized that people had been following him, in search of a place to go. “I was like, ‘No, no, no, do not fucking come this way,'” he said. “And we started heading back down [the stairs]. … When Tuesday saw Julian, and I heard her voice, I knew she was cool. And Eden grabbed me. We headed out.” They made their way outside and realized that concertgoers had been pouring into the alley where they were, but were so shocked they didn’t know what to do. “We were like, ‘Move, move, move,'” he recalled. “People just didn’t seem to know what to do.”

Shawn London, the band’s sound engineer, talked about what he witnessed from his vantage point at the “front of the house … where the doors were.” “These kids were having a blast, they were having a great time. The smiling, the dancing, the singing along with each song. And then, out of nowhere, I heard what I thought were these firecrackers directly behind me,” London said. “[The attackers] came in the door, instantly walked in and just started blasting. There was two of them, and instantly people started dropping to the ground. Injuries, death.”

While chaos broke out at the Bataclan, London remained standing behind his console before locking eyes with one of the attackers, who shot at him but missed. “I think he thought I probably got hit … He stayed there and continued to shoot, and shoot, and slaughter, and just scream at the top of his lungs, ‘Allah akbar.’ And that’s when I instantly knew what was going on.”

London then relayed how he and a handful of other survivors managed to escape the Bataclan, waiting for the attackers to reload on two occasions before finally making their exit out of the venue. As London approached the glass doors to push them open, the glass shattered from a bullet, allowing him and others to escape the gruesome scene.

Hughes then brought fellow Eagles of Death Metal founder Josh Homme, who does not tour with the band, into the interview to talk about the attack from his perspective. “It took a second to believe that that’s really occurring, because it wasn’t on the news yet,” Homme said of the text messages he was receiving. “I was at my studio and I just got a text that didn’t make sense to me.” The text: ‘Bro everyone got shot … everyone got shot … they took hostages … I have blood all over me.”

Homme and Hughes also talked about Nick Alexander, the Eagles of Death Metal’s merchandise manager who was killed in the attack. “I think about Nick who protected a friend of his,” Homme said, while Hughes added, “And stayed quiet and never called for help until he bled out because he didn’t want anybody else to get hurt.”

“Several people – because there was mass confusion and the hallways became a labyrinth – several people hid in our dressing room, and the killers were able to get in and kill everyone of them, except for a kid who was hiding under my leather jacket,” Hughes said. “People were playing dead. They were so scared. A great reason why so many were killed was because so many people wouldn’t leave their friends. And so many people put themselves in front of people.”

An emotional, visibly shaken Homme said that he wrote down the names of the Bataclan victims and noted the perceived futility of words in extreme situations like the attack and its aftermath. “I want to get down on my knees and just say, ‘Whatever you need,'” he said, when asked what he would say to the victims’ parents. “Because there’s nothing I can really say because words fail to grasp the thing.”

Hughes said the band will eventually finish the tour and is looking forward to returning to Paris. “I cannot wait to get back to Paris. I want to play,” said the singer. “I want to be the first band to play in the Bataclan when it opens back up. Our friends went there to see rock and roll and died. I want to go back and live.”

“It’s going to take a long time for anyone to know what to do,” Homme added. “There is no why for this?”

The band recognized fans’ efforts to make their cover of Duran Duran’s “Save a Prayer” Number One as both a charitable and defiant gesture. Duran Duran frontman Simon Le Bon has donated his side of the publishing and royalties to the victims, and Homme used that gesture as an “opportunity to take a cue from something generous like that.”

The singer asked musicians of all genres to cover Zipper Down track “I Love You All the Time” and they’ll donate all proceeds to victims. He also implored iTunes, Spotify, Tidal and other digital and streaming services to donate all proceeds from every cover of the song.

“The more united, the more solidarity, the more together it is, the more it’s like a beacon of compassion and love and a progression forward to be part of something greater,” Homme said, noting that the band would talk to anyone involved in the attack that needed support.

In the end, each member delivered heartfelt messages of support to fans.

“I love you all very much and we will move past this and we will do it together,” Hughes said. “I don’t think any of us could’ve handled it without the bizarre, unique support, especially from our French [fans]. I feel that we are in it together now and I really am grateful for that.”