On a crisp September afternoon, Guy Lawrence parks his late-model Jaguar on a side street in London, a few spaces ahead of his brother Howard’s Audi. Together they walk over to Shoreditch House, their members-only club, waving hello at a Scandinavian-accented receptionist as they stroll through the lobby. Prospective members of the exclusive institution must complete a stringent application process involving recommendations, an essay and a £200 submission fee. But the Lawrence brothers, better known as the superstar dance-music duo Disclosure, didn’t bother with any of that: Shoreditch House waived its requirements and welcomed them to the club when they played a DJ set here last year.

Everyone wants to be on Disclosure’s team right now. In 2012, just a few years after they started making music together as teens, they crafted a worldwide smash with the sleek club-soul groove “Latch,” featuring vocals from their pal Sam Smith (it eventually went triple platinum in the U.S.). Their second album — this fall’s lush Caracal, featuring guest vocals from Lorde, Miguel, the Weeknd and more — is the crown jewel of a year in which they’ve moved steadily inward from pop’s cutting edge to its glittering center. Kanye West approached Guy backstage at a festival this summer to propose working together; a few months earlier, a parade of A-listers showed up at the post-Grammys house party Disclosure threw at an $83 million Bel-Air mansion, where they DJed for seven hours straight with their good friend Diplo. “Taylor was there dancing all night; Katy was there,” Guy says. “Mark Ronson showed up at 4 a.m. All the famous people came, and no paparazzi. It was so fun.”

“I didn’t do anything rock & roll that night,” Howard says as a waiter brings two flat-white coffees to the roomy armchairs where they’re sitting. “I just had way too long of a chat with Ed Sheeran.”

Guy laughs. “Yeah, you fucked up.”

The brothers are dressed almost identically in black jeans, neutral-colored T-shirts and sneakers. Guy, 24, the duo’s drummer and production wizard, is the more outgoing of the two. Howard, 21, a talented bassist who takes a lead role in writing Disclosure’s melodies and lyrics, has a more understated personality and a major appreciation for Lord of the Rings. “I’m wearing the ring — like, the ring,” he says, slipping a fat gold band from his right hand to show off the detailed movie replica that Sam Smith bought him for his birthday this spring. “Don’t put it on, you’ll disappear,” he adds with a giggle. Both of them are also wearing limited-edition Omega watches that suggest serious wealth (recommended retail price: $16,600 each) without being flashy. Guy explains that the timepieces were a gift from Omega after they licensed a track for a TV commercial. “It was advertising a watch called the Ladymatic, which sounds like a dildo,” he says. “Nice payment for doing absolutely nothing.”

Before “Latch” made impact on the charts, Guy and Howard figured they would end up as session players or music teachers. But the song made them stars at home within weeks of its release, and it kept growing from there. “I think we played 57 festivals one year, plus our own live shows and DJ sets,” Guy says. “We worked our ass off for two years — and then, just as we thought it might wind down, we got a call from Jimmy Iovine: ‘I want to make “Latch” the biggest song of the summer.'”

“We worked our ass off for two years,” says Disclosure’s Guy Lawrence of the dance-music duo’s ascent. Pedro Gomes/Redferns

Interscope’s then-chief — one of the most powerful people in the music business — had just witnessed Disclosure’s April 2013 Coachella performance in person. “I was really impressed,” Iovine tells me later. “These guys really have it. You’d have to be legally dead to miss it.”

With his help, Disclosure launched an even bigger American tour that sent “Latch” into Billboard’s Top 10 by the following July. The brothers became the pop face of the dance-music renaissance. “It was the most fun you could possibly imagine,” Guy says. “I’d drink a half bottle of tequila, then go onstage in front of 10,000 people singing our songs back to us as loud as they can, then go DJ in a club, then party all night with our friends. You have to pinch yourself: ‘How am I getting paid to do this?!'”

The brothers linger at Shoreditch House for the rest of the afternoon before heading to a high-end sushi spot for dinner. Once there, Guy confidently orders £356 worth of buttery yellowtail slices, succulent black cod chunks and other delicacies, and sends back a gin-and-tonic for being insufficiently fizzy. “I like to sample the fruits of the world,” he says. “I drink every day on tour. I’ve definitely nearly wet myself in DJ booths.”

Howard, meanwhile, sips a virgin mojito: Unlike his brother, the younger Lawrence doesn’t drink. “I just don’t like it,” he says. “I want to be on my own when I drink, and what’s the point of that?” This means that Howard ends up skipping most of Disclosure’s legendary afterparties. He did, however, indulge when their debut LP went Number One in the U.K. “He had two pints of lager,” Guy says, relishing the tale. “He was absolutely wasted, grinding on Sam Smith on the dance floor.”

Neither brother has ever gotten into drugs, despite having copious access to any substance on earth. “All you see is the negative effects,” Howard says. “You have guys chatting about absolute bollocks in your ear all night, really loud, off their tits. Fuck that. I don’t want to be that.” “We’re the pussies of the dance-music scene,” Guy adds with a shrug. “I just want to live for a long time.”

They’d much rather talk about real estate — their favorite place to pour money, aside from touring equipment. “Bricks not banks, that’s what our mum and dad say,” says Guy, who bought a house in London last year but is already planning to rent it out and find a more spacious place. Howard is thinking along the same lines, only bigger: He’s got his eye on a medieval castle. “There’s only about seven in England that actually have a moat and aren’t owned by the Queen,” he says, entirely seriously. “One of them’s up for sale at the moment, but it’s really far away.” 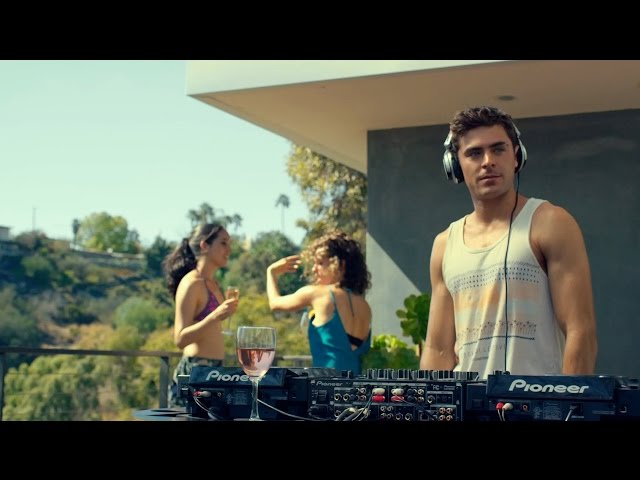 The next day, Guy and Howard meet up at RAK Studios, the former Victorian apartment block in posh St. John’s Wood where they wrote and recorded most of Caracal. A signed poster of Elvis Costello hangs in the lounge, just down the hall from the room where Radiohead made The Bends 20 years ago. Disclosure’s task for the afternoon: signing a gigantic stack of CD booklets. “Should we take some acid first?” Guy jokes as they get to work with a pair of silver Sharpies. “Would that be cooler?”

Talk turns to We Are Your Friends, the recent box office bomb in which Zac Efron plays a naïve young DJ who gets caught up in a whirlwind of EDM-fueled glitz and drama. “It looks like an ill-informed version of what’s happened to us,” says Howard. “I’d much rather watch Lord of the Rings again.” Guy isn’t interested in seeing it, either, with one caveat: “Emily Ratajkowski is the most attractive girl I’ve ever seen,” he says of We Are Your Friends‘ co-star. “I’d watch it with her, and I’d tell her it was wicked — but only if she agreed to be my girlfriend.” (Guy is currently single; Howard has been with the same girlfriend for five years, since his student days.)

Disclosure have never quite felt at home in mainstream EDM, even when they’re playing its wildest, fist-pumping-est mega-raves. “Electric Daisy Carnival is so fucking mental,” Guy says of the Las Vegas festival, where they performed this summer. “I saw this girl in purple fur boots and a huge fur hat and nipple covers. I was just walking around with my mouth open, like, ‘Oh, my God.’ It’s a reflection of the craziness of what the music has become in that EDM world.”

The design of Disclosure’s world arena tour this fall is partly meant to highlight the things that set them apart from other headlining dance-music acts. “A lot of those big shows are designed to distract you from the fact that the person in the middle is not actually doing anything,” Howard says. “We’ve got cameras on all of our stuff so that people can see exactly what we’re playing. We’re doing loads.”

After scribbling their names on a few hundred booklets, they tap out around 6 p.m. and compare their plans for the night. Howard has to put in an appearance at a party that his housemate is throwing at their place. “Can’t believe I’m going to a house party,” he sighs.

“I might crash it,” Guy suggests. “With several people.”

“Why not? It’s not your party. You can’t decide who comes.” Guy laughs at his brother’s shock. “Whatever.” He drops the matter, adding that he’s probably going to attend another friend’s birthday bash instead, where he has a feeling he’ll end up providing the evening’s entertainment. “He’ll make me DJ,” Guy says. “I’d rather just get pissed. But it’ll be fun.”

Over the two days we spend together, it’s clear that the Lawrence brothers are thoroughly enjoying their success. Early on day one, when they meet up at an indoor go-karting track in South London at their manager’s suggestion, you can see just how much they like to win. Guy and Howard race around the turns more aggressively than anyone, handily locking up first and second place out of seven drivers.

“Three for three!” Howard shouts gleefully, a few moments after side-swiping a vehicle with a terrified young woman at the wheel for another win. He looks up at the leaderboard, which shows that he’s beaten Guy’s average time by a slim tenth of a second.

Guy smiles and slaps him on the back: “We crushed ’em.”