DJ, producer and comedian Dillon Francis recently sat down with Rolling Stone to run through his list of lasts, including tales of tantrums, fightin’ and suiting up.

The last time I asked for someone’s autograph
Jennifer Love Hewitt at [fast food restaurant] Benihanas, I was 11 years old. And she gave it to me, and gave me her number too, cos I told her I was in love with her. But it was probably fake. If she’s reading this: Jennifer Love Hewitt, I love you, call me.

The last time I was stopped by the cops
I was coming back from playing in San Diego, and there was a robbery at some place in San Diego, and they were driving the same car that we had, except that we had plates and they didn’t. But the cops didn’t care. They stopped our car. They had M16s with fucking laser pointers pointed at us and were like, “Everyone put your hands on the dashboard or the back of the seat!” And each of us had to slowly get out of the car and then they sent a dog into the car. The dog checked, and then they had to pull us off into a gas station, and they questioned all of us. And then when they realised they had the wrong people, they didn’t say sorry, they’re just like, “OK, you can go now.”

The last time I blew a wad of cash
My new MacBook. It’s the new one with the touch thing, but I got the 2 terabyte version, so I paid around six grand for it. But it’s a tax write-off for me, so suck it! [Laughs]

The last time I threw a tantrum
My mum called me, and she knew I was already really stressed out, and she started asking me too many questions about stupid shit that was happening around in my house and I was like, “You know how fucking stressed I am, what the fuck!” And I started getting so mad, I threw my phone at my front door, and there was a dent in my wall cos I threw my phone so hard. I had to walk around my house a couple of times before I was like, all right, I’ll call her back and apologise. So I called back and apologised and said [mock angrily], “And also you owe me a new fucking phone, bitch!” [Laughs]

The last time I wore a suit
When I did my photo shoot with G-Eazy [for new single “Say Less”]. That was two weeks ago. I love suits. The thing that sucked about that day though, when I was getting in the suit, the pants I was wearing, I couldn’t button those, cos they were old pants that I thought I still fit into, but I had grown a little bit more. I’m not fat, so anyone that’s reading this, I’m not fucking fat! Fuck you! 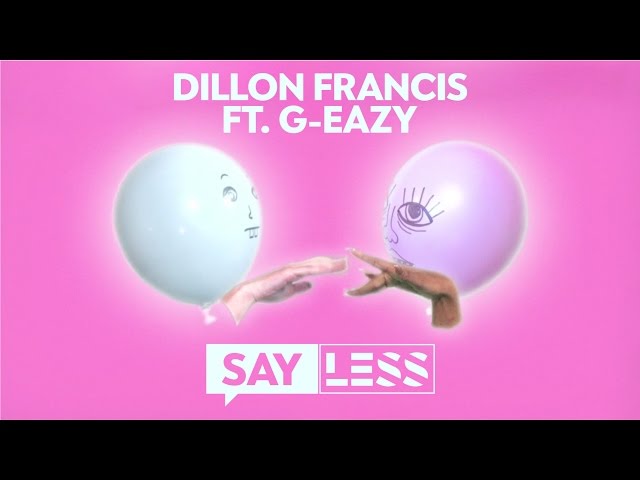 The last time I questioned my career choice
Recently. I smoked this weed and I smoked too much of it. I got really, really cold, and I got in my bed and went, oh fuck, this is gonna be bad. I just started hating everything that I’ve ever made in music. And I started going crazy, over analysing everything: “Why do I DJ? It’s so stupid, fuck everything.” And luckily I finally passed out, and in the morning I was like, oh my god, that was awful.

The last time I exercised
Today. It was brutal. I’m just trying to get in better shape than I’ve been in my entire life. Cos I’ve never been in really good shape. And I really want the kids that are on Instagram that are like, “Yo, it looks like someone skipped leg day”, I can’t wait to post a picture and be like, “What’s up, bitch? Didn’t skip leg day! Where you at? Where the fuck are you at now?” [Laughs] It’s weird that a guy would care about my legs looking good.

The last time I was in a fight
I think I punched a kid in the back one time cos he made fun of me for getting beat by a girl in handball, but that was about it. Then I ran straight to the bathroom and hid.

The last thing I ate and regretted
I was in Mexico and I ate grasshoppers. They were putting them in tacos and said it was really good. And I ate ant larvae. And I’ll be honest, the ant larvae was fucking amazing, it was really good. So I was like, maybe this cricket is seasoned well or something, but it tasted like I had picked up a pile of dirt and was like, I know there’s a grasshopper in here somewhere, and started eating dirt and a grasshopper together. It was awful.

The last time I blacked out
Eight weeks ago in Vegas, I drank until 6 or 7 in the morning. I blacked out in the middle of that night and I came to while I was walking out of this bar. The sunlight hit my face and I realised that I was a disgusting human that needed to go to sleep.

Francis is currently in Australia playing Groovin’ the Moo and headline shows.