As we struggle to digest the stunning news of David Bowie‘s passing, just days after his 69th birthday and the release of his amazing new LP, Blackstar, our thoughts go back back to his long career as a live performer. From the earliest shows of the Ziggy Stardust tour all the way through his final concerts in 2004, he never stopped innovating and pushing boundaries. Here’s a look back at 15 key moments. 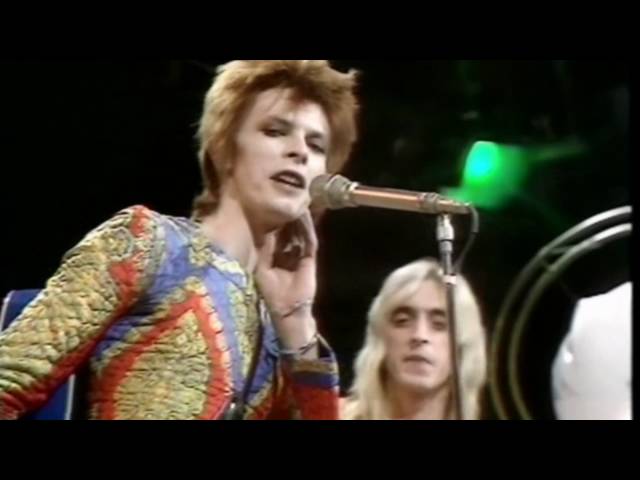 David Bowie had been on the British pop scene for seven years by 1972, but it wasn’t until this performance of “Starman” on the BBC that he truly established himself as a giant cultural force. It was the first time a mass audience met Ziggy Stardust and the newly formed Spiders From Mars. The appearance made Bowie an idol to kids all across England, and that fervor would soon go global as the Ziggy Stardust tour went on.

The screaming fans that filled London’s Hammersmith Odeon on July 3rd, 1973, had no idea they were witnessing the final Ziggy Stardust concert until Bowie addressed them before the final encore of “Rock and Roll Suicide.” “This has been one of the greatest tours of our life,” he said. “Of all the shows on this tour, this particular show will remain with us the longest. Not only is it the last show of the tour, it’s the last show we’ll ever do.” This was at the height of Ziggy mania and Bowie could have easily carried on the show for a couple more years, but he was wise enough to realize you always leave your audience wanting more.

Although he didn’t make it clear at the time, Bowie had no intention of retiring from the road in 1973. He was merely done with Ziggy Stardust. He came back onto the scene the very next year with a radically different look and sound, inspired by American soul music. Here he is singing “Young Americans” on The Dick Cavett Show with a young Luther Vandross on background vocals.

David Bowie’s music was evolving at an unbelievable rate in the mid-1970s. He also was taking so much cocaine that had trouble remembering making some of it, most notably his 1975 masterpiece Station to Station. There’s not a lot of professionally shot footage of Bowie on the 1976 Station to Station tour, so check out him singing “Stay” on The Dinah Shore Show. 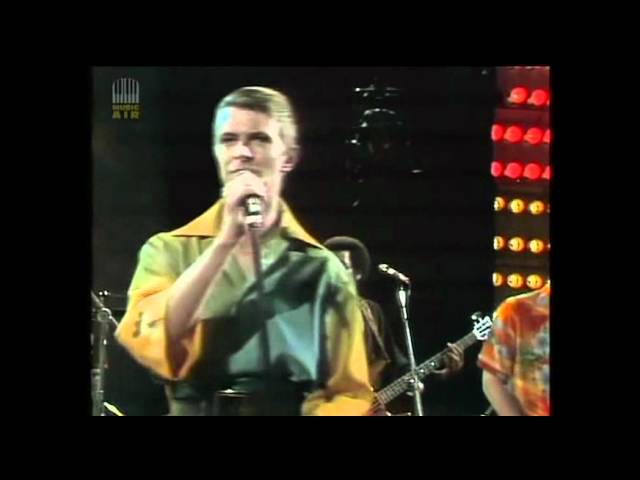 The final David Bowie tour of the 1970s was a 77-show slog across the entire globe featuring King Crimson’s Adrian Belew on guitar. They were supporting Low and Heroes, but played a wide cross-section of material from Bowie’s entire career. The tour was captured on the live album Stage, but that release really didn’t do it justice. Check out the many bootlegs from the period for a better sense of the tour. Here’s a stellar performance of “Beauty and the Beast” from the period.

After taking a five-year break from the road, Bowie returned in huge way to promote Let’s Dance. The album was so massively popular, he was able to play stadiums for the only time in his career. Stevie Ray Vaughan was originally booked to play guitar, but he walked out during rehearsals and Earl Slick was brought in to replace him. The tour was an enormous spectacle full of choreography and elaborate effects. This is “China Girl,” a track he co-wrote with Iggy Pop during the Berlin period in the 1970s.

It was very difficult for Bowie to top the Serious Moonlight tour, and when he tried in 1987 with the Glass Spider tour, he got some of the worst reviews of his career. It didn’t help that he was promoting the subpar Never Let Me Down and playing on a giant spider-shaped stage packed full of dancers, though looking back it wasn’t nearly as bad as the legend suggests. Here he is playing “Absolute Beginners.” Check out the guitarist. That is indeed Peter Frampton. He was a childhood friend of Bowie, and when Frampton’s career cooled down, Bowie happily brought him into his band.

Bowie’s career was in a clear downswing by 1990. He had absolutely no desire to become an oldies act, so he launched a tour where he pledged it would be the final opportunity for anyone to hear his hits in concert. It was a very clever way to sell tickets and begin the new decade with a clean slate. The tour was so innovative that Bono and the Edge checked it out for inspiration when they were putting together U2’s Zoo TV. Every night opened with “Space Oddity. “

Nine Inch Nails were at their absolute commercial peak in 1995, and David Bowie was near the bottom of his. Still, they teamed up for a tour that summer that featured NIN as the opening act every single night. To make sure the young audience didn’t walk out midway through, Bowie emerged during the end of the NIN portion, and there was no intermission before his set started. The best moment of the night came when Trent Reznor and Bowie duetted on “Hurt.”

Throughout most of the 1990s, Bowie stuck firmly to his pledge to never play his old hits again. Thankfully, he cut a new one in 1997 with “I’m Afraid of Americans.” Trent Reznor produced a remix that got Bowie back on MTV for the first time in more than a decade, and he once again hit the road that summer. Here’s a live take on “I’m Afraid of Americans.” In many ways, this laid the groundwork for his incredible comeback in the 2000s.

After years of trying to sound modern, Bowie simply decided to give up the fight and focus on putting together a collection of great songs for his 1999 LP, …Hours. The cover shows a young Bowie cradling the old Bowie, almost as if the man who made all those great albums in the 1970s was a different person. Lead single “Thursday’s Child” (which took its title from a line in Eartha Kitt’s autobiography) was a clear sign he was back in fine form, and when he hit the road to support it he was playing the hits again. 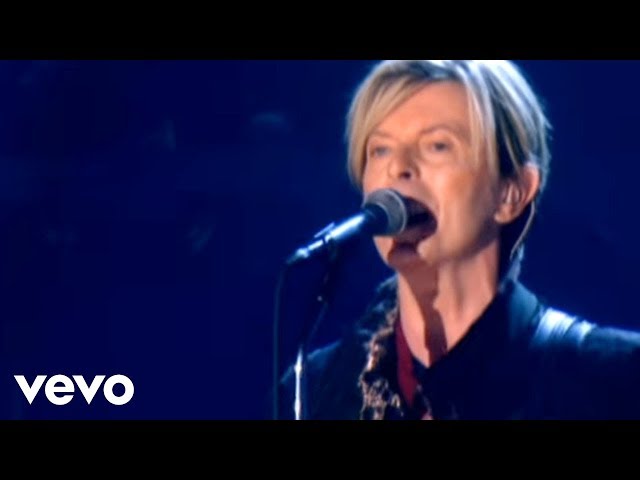 Nobody knew it at the time, but David Bowie’s 2003–04 tour in support of Reality would be his final time on the road. He went out with a bang. The band was a grouping of musicians from his entire career, including Spiders From Mars keyboardist Mike Garson and Station to Station guitarist Earl Slick. The set list devoted equal time to all eras of his output, and Bowie was on fire every night. Here is “New Killer Star,” one of the standout tracks from the woefully underrated Reality.

The 2004 leg of the Reality Tour wasn’t supposed to end at Germany’s Hurricane Festival on June 25th, but Bowie experienced severe chest pain before taking the stage that night. He somehow got through the gig and then was rushed to the hospital, where he had emergency surgery for a blocked artery. The rest of the tour was cancelled. Bowie is clearly in pain during this performance of “Heroes,” but he still gives it his all.

A little over a year after the Reality Tour suddenly ended, Bowie returned to the stage at the Radio City Music Hall event Fashion Rocks. He played “Wake Up” and “Five Years” with Arcade Fire, and “Life on Mars” on his own. For some reason, he has a black eye and looked very frail. It makes the performance all the more poignant and powerful. It seemed like the beginning of a live comeback, but sadly that wasn’t to be.

This performance of “Changes” with Alicia Keys at the 2006 Black Ball in New York wouldn’t be very notable if it wasn’t the single last time that Bowie played in public. It was part of a three-song set that also included “Wild Is the Wind” and “Fantastic Voyage.” Keys joined him for the finale of “Changes.” This was one of his earliest hits, where he warned the rock establishment “pretty soon you’re going to get older,” so it was an appropriate note to go out on.