In the past 25 years, Dave Grohl has played in a few little-known bands like Nirvana and the Foo Fighters, directed a documentary about Los Angeles’ famed Sound City Studios and created a TV series for HBO. But that was evidently never enough for the hyper-energetic multi-instrumentalist, who has also done duty with dozens of artists, drumming for Tom Petty, helping Puff Daddy remix his biggest hit and playing the devil for Tenacious D. Following on from the Foo Fighters feature in our latest issue, here are 15 of our favorite Grohl cameos.

In one of his earliest cameos, Grohl contributed production, guitars, drums and vocals to King Buzzo, the Kiss-inspired EP from Melvins’ frontman Buzz Osborne. Osborne had introduced Grohl to Nirvana two years earlier, leading the drummer (whose band Scream was in the process of disbanding) to audition for Kurt Cobain’s group. “I remember saying to [Scream guitarist] Franz [Stahl] that I was going up to try out for the band,” Grohl recalled in 2009. “And he just shook his head and said, ‘You ain’t coming back.’ And deep down I knew it too.”

Tom Petty and the Heartbreakers on ‘Saturday Night Live’ (1994)

Tom Petty and the Heartbreakers were in between drummers when they recruited Dave Grohl for Saturday Night Live in 1994. The band performed “Honeybee” and “You Don’t Know How It Feels,” and Petty enjoyed playing with Grohl so much he allegedly offered the drummer a full-time spot in the band. Grohl turned down the offer to start the Foo Fighters, but he remains a fan to this day. “I can’t think of any band that sounds like Tom Petty and the Heartbreakers,” Grohl later told documentarian Peter Bogdanovich. “He’s just a badass.” 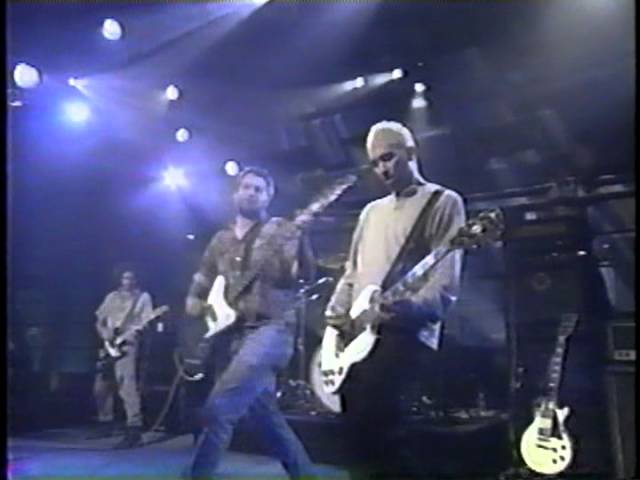 “One of the most blow-away players,” former Minutemen bassist Mike Watt said of Grohl in 2011. “I know he doesn’t like to play drums much nowadays, but man he was something else.” Sixteen years earlier, Grohl had played on Watts’ solo debut album, Ball-Hog or Tugboat?, which also included Eddie Vedder, Flea, Thurston Moore and Grohl’s ex-bandmate Krist Novoselic. The album’s sessions were the first time Grohl recorded in a studio after Kurt Cobain’s death.

When Puff Daddy reached out to Dave Grohl to help remix his 1997 hit “It’s All About the Benjamins,” Grohl was intrigued, if a bit mystified. “It was probably my favorite song of his,” Grohl said in 1999, “but I had never done a remix and didn’t know what one was.” Ultimately, the song’s “Shot-Caller Rock Remix” also featured new instrumentation from Tommy Stinson and Rob Zombie and a campy prom-themed Spike Jonze music video. “It was a really wild thing,” Grohl said. “I’d never done anything like it.” 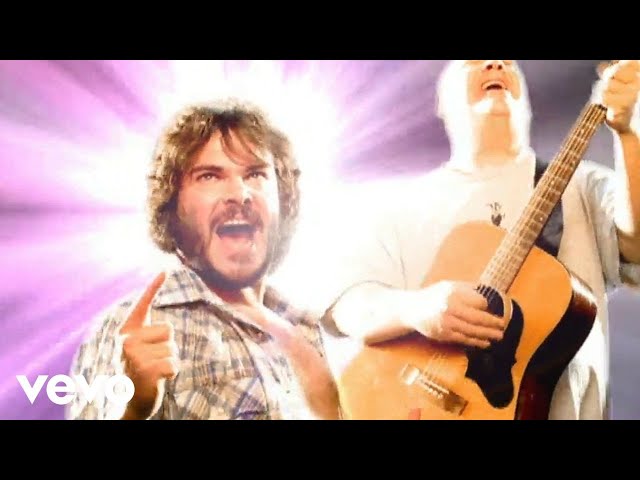 Dave Grohl has been intimately involved with the D ever since Jack Black and Kyle Gass founded the comedic rock group in the late Nineties. In addition to drumming on all three of the band’s studio records, Grohl has contributed vocals and even acted as the devil in the music video for the group’s “Tribute.” “So hard to play drums when you’re laughing hysterically and tears are rolling down your checks,” Grohl said last year. “Maybe the hardest gig ever. 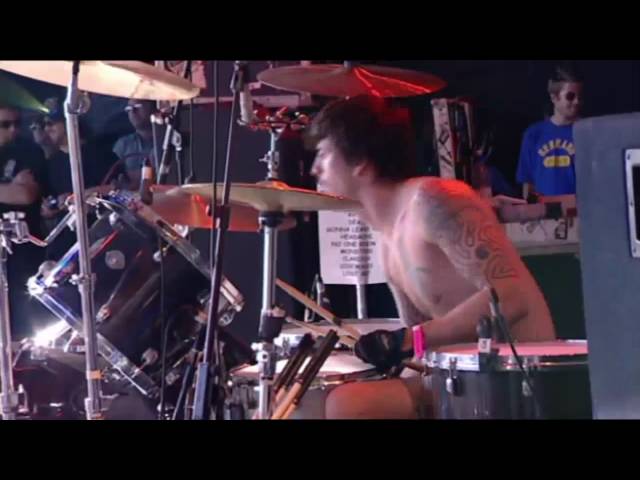 Grohl has played on and off with Queens of the Stone Age since he joined them in the studio to drum on the entirety of their 2002 LP, Songs for the Deaf. Ten years later, Grohl returned to the studio with the band once again to handle drums on several tracks from their 2013 LP …Like Clockwork. “Queens of the Stone Age are, without question, the baddest rock & roll band in the world,” Grohl declared in 2012.

During the recording of his 2002 album Heathen, David Bowie enlisted Grohl to play guitar on his cover of Neil Young‘s “I’ve Been Waiting for You.” Bowie, who recorded most of the album in upstate New York with longtime producer Tony Visconti, sent the track to Grohl, who added his guitar part separately. Grohl, an avowed Bowie fan, claims that Let’s Dance is the “best air-drumming album of all time.”

For her sixth album, 2003’s You Are Free, Cat Power enlisted Dave Grohl to play drums on several tracks. “I’ll never forget hearing her the first time,” Grohl said of the singer in 2006. “My friend had a mixtape going in the van and ‘Cross Bones Style’ from the Moon Pix album came on. I turned it up and asked, ‘Who the fuck is this?’ I swear, nothing else mattered at that moment. Her voice was chilling. Her guitar was beautiful. Her words were so pure.”

One of Grohl’s most unlikely appearances came on the Bangles’ 2003 comeback record Doll Revolution, where his background vocals earned him a credit as a member of  of the “Bangle Boys Choir.” Still, the experience didn’t leave too much of an impression: “They were next door in the studio, and we’d always meet in the kitchen,” he later explained. “They asked if I would sing backup on a song. I went in, did it and never fucking heard it again.”

After recording the demos that would turn into his 2005 With Teeth, Trent Reznor passed along the rough tracks to see if Grohl would be interested in contributing percussion. After one listen, he said yes. “[Reznor] said, ‘When can you start,'” Grohl explained around the time of the record’s release. “I said, ‘Let’s do it tomorrow.'”

Grohl reached out to the Prodigy after he had finished a tour with the Foo Fighters, telling them that he wanted to get back into drumming. He ended up playing on “Run With the Wolves,” an album track from the group’s Invaders Must Die. “It was really inspiring,” said the Prodigy’s Liam Howlett, discussing Grohl’s desire to play with the group, adding that their collaboration is “definitely the most venomous track on the album.” 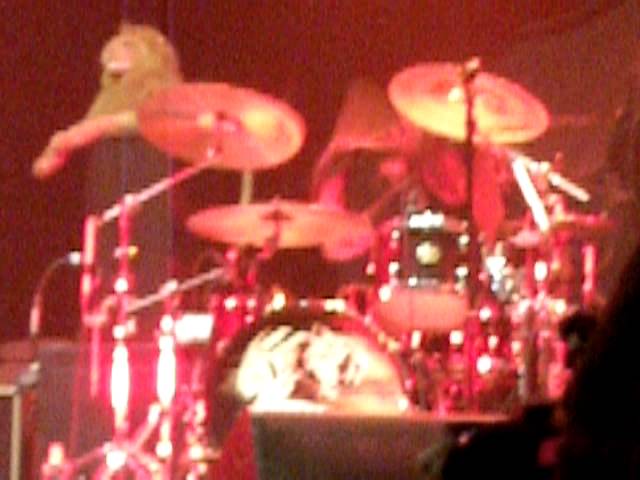 During their 2011 tour opening for the Foo Fighters, Cage the Elephant suddenly needed help when drummer Jared Champion suffered a ruptured appendix on tour. Enter Grohl. “I got a phone call and it was Dave Grohl, and he said, ‘So I heard you guys need a drummer,'” lead singer Matthew Schultz recently told Rolling Stone. Grohl then surprised the crowd when he joined the band during their opening set in Salt Lake City to play on songs like “In One Ear” and “Shake Me Down.” “First it was really, like, bittersweet,” Schultz continued. “‘Cause at the same time we were worried that Jared was gonna die. On the other hand, we were like, ‘Oh my God we’re playing with Dave Grohl!'”

In 2012, the Grammys embraced EDM by giving Skrillex six nominations and setting up a Chris Brown/David Guetta/Lil Wayne/Foo Fighters/Deadmau5 “club” performance, in which the latter DJ transformed the Foos’ “Rope” into a surprisingly catchy electro jam. Nevertheless, Grohl enraged easily-enraged dance music when his Best Rock Performance acceptance speech saluted the “human element of music” and noted that music “is not about what goes on in a computer.”

Deadmau5, however, didn’t seem to take offense: “I just want him to go in the garage with his boys, fire up the fucking tape deck and do whatever the fuck he wants,” the DJ told Rolling Stone US later in the year, saying that he’d like to have Foo Fighters remix one of his own songs.

“They’re unbelievable,” Dave Grohl said of the Zac Brown Band in a 2013 interview with Rolling Stone US. After joining the group for a performance at the CMA Awards, Grohl ended up producing and drumming on the group’s 2013 EP The Grohl Sessions, Vol. 1. “People are like ‘oh, it’s country.’ ‘No, it’s not, it’s like the Allman Brothers.’ ‘No, it’s not, it’s jam band.’ I don’t even know what you would call it, it’s fucking great.”

Dave Grohl has largely avoided any type of Nirvana reunion, but when the group was inducted to the Rock and Roll Hall of Fame, he and Krist Novoselic decided to perform the band’s original material with a handful of female singers offering their own Grohl-style cameos. Kim Gordon, Annie Clark, Joan Jett and Lorde all performed inspired versions of Nirvana classics, and Grohl was particularly taken by Lorde’s work. “There’s something about her that represented or resembled the Nirvana aesthetic,” he told Rolling Stone US.