Dave Grohl is in a metaphysical mood. The musician, who directed the video for the group’s latest single, “The Sky Is a Neighborhood,” says that he was inspired by an unlikely musical source: Neil DeGrasse Tyson. In 2012, after Time magazine asked the astrophysicist, “What is the most astounding fact you can share with us about the universe?,” one YouTube user set his deep, wide-ranging answer to music – and Grohl was hooked.

“It basically talks about the atoms that comprise life on Earth and make up the human body are traceable to the beginnings of our universe,” the Foo Fighters frontman tells Rolling Stone. “Stars that go unstable and collapse and explode and just scatter their guts, their fundamental ingredients of life are all over the universe and forming solar systems and stars orbiting planets have the ingredients for life itself. And when you look up at the night sky, you realise that you’re not only part of the universe, but the universe is part of us. It really moves me.”

Grohl asked his 11-year-old daughter Violet and eight-year-old daughter Harper if they wanted to star in the clip, which features the band performing on the roof of a cabin while the children read a storybook of the song’s lyrics inside. As the clip progresses, numerous holes puncture the ceiling, forming constellations and causing the children to levitate. The clip ends on a suitably extraterrestrial note. 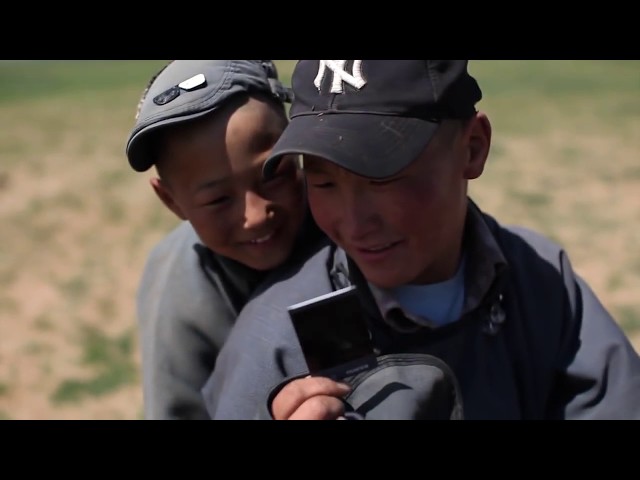 How does that play into the video’s theme?
It’s crazy because a lot of that is based on dreams that I’ve had about 20 years ago, where I was walking along this coastal city in Italy just as the sun was going down and the stars were coming out and then the sky just imploded into millions of UFOs swarming around. So everyone just fell to the ground and looked up, and there were these films being projected in the sky of the evolution of man, and the new territories, and how they’ll be divided, and why we’re here and how we were created. Just this really trippy dream that stayed with me my entire life.

So this wasn’t celebrity helicopter parenting?
Oh my God, no. They’re like creative consultants. I’ll explain a video to them, and they’ll say, “Dad, you should do this…” and I wind up using their ideas in my videos. They’re both brilliant kids with really outside ideas. So when I asked them if they wanted to be in the video, they were so excited. And I said, “Okay, you guys realise, you’re gonna have to levitate, right?” And they couldn’t fucking wait. We had to put them in these harnesses and they were suspended by these wires. And to them it was like an amusement park ride. They just felt like they were on swings at a carnival. And I’m standing on top of this cabin yelling down at them, “Are you guys okay?” They’re like, “YEAH! Let’s GO!”

“[My daughters] will say, ‘Dad, you should do this…’ and I wind up using their ideas in my videos.”

What’s your directorial style with your children?
Honestly, when you’re at home and you’re playing imaginary games with your children, it’s not unlike directing someone to use their imagination in a video. There are scenes in the video where the kids have to sit down and read along the book as if they’re reading bedtime stories or jump on the bed. Kids have wild imaginations, and mine definitely do, so it’s not hard to get them to imagine they’re in some fantastic situation.

You could also read the video as a narcissistic dad whose kids are fighting over his lyrics.
[Laughs] You have to realise that my children don’t see me as famous rock musician. They see me as a slobbish dad and especially when it comes to a director… It’s funny, they were much more cooperative making the video than they are when it’s time for them to clean their room or go to bed.

Do they want to be actors when they grow up?
No, our life at home is very low key. There’s not a whole lot of that kind of ambition at the Grohls’ residence. They’re kids. They like to skateboard and ride scooters and ride horses and watch YouTube videos of people making slime. I don’t think that they’re looking forward to a life on the screen. 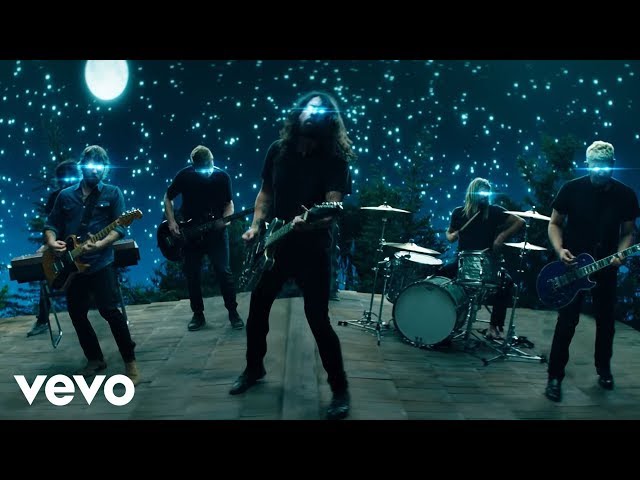 You built a real cabin on a soundstage rather than using CGI. Why?
With a lot of my favorite directors and favorite films or videos, the effects are on screen, which gives it a little bit more of a realist effect. If you’re too literal with something, it loses that bizarre element. Something like a theatre set would have more of a dreamlike quality than something thrown together in a computer in CGI. It’s a very simple video, but it’s beautiful in its scope and its color. A lot of other videos that I’ve made, there’s usually some sort of narrative or sequence of events that I map out from lyric to lyric. So before we even edit, I’ve storyboarded everything and broken it down to the second, so you know how the succession of shots is to build. And this one’s a little bit looser. There’s a sequence of events, but I think it’s more emotional than something that’s really cut together as if it’s a sitcom or something like that.

You’ve directed both videos so far for this album. Are you now the official band director going forward?
Not necessarily. I think there’s a seamless connection that happens when the person that’s written the song ends up visualizing it, which makes things a lot easier. For years, we’ve accepted treatments from video directors where there’ll be a song about me having my heart broken and the treatment is like BMX bikes flying through the mud. Like, what the fuck? So when you start receiving treatments from different directors, it’s really hard to find that connection sometimes. Sometimes it works, and it turns out great. But, you know – I also don’t charge the band any money. I guess we’re saving something there. Here’s what I’ll do: I’ll give the kids a massive salary, and then I’ll just take their money. [Laughs] That’s what I should have done.

Do you have any aspirations to direct a feature film?
Last year, I was approached to make a feature film and I was a little hesitant at first, and then I got into it. I started working on production and getting into casting with these big names. And at first, I wasn’t sure if I would be able to do it. And once my heart clicked, I just dive head first into whatever it is. And I really got into the script and visualising this story, but I didn’t have time to do it.

Someday, I’m going to wind up doing it. But the Foo Fighters always get in the way. [Laughs] I can see myself doing more and more of it as the years come. That film’s still in rewrites and once we get the rewrite happening, I’m sure that the casting will kick in and pull our teams together. But I like my day job. I really enjoy my day job.