Cookin’ On 3 Burners are chameleons of genre, shapeshifting between funk, soul, blues rock and anything else that can get the heart pumping and tail wagging within three seconds flat. With a career spanning over a decade and a half, the group has seen many guises, due in part to their insistence on working with a diverse range of guest vocalists, from Daniel Merriweather, to Harry Angus of the Cat Empire.

The celebrated trio have recently completed a string of dates supporting their latest single, “The Writing’s On the Wall”, which features the infamous gravel tones of Tex Perkins of The Cruel Sea and Beasts of Bourbon fame. Rolling Stone recently sat down with organist Jake Mason for a quick chat about the art of collaboration, appreciating vinyl and the nerves associated with recording for radio.

Throughout the Cookin’ on 3 Burners career, it becomes very obvious, very quickly that there’s such a massive pool of influences, and you guys want to hit on all of them. How do you approach the decision in showcasing these influences? Is it pre-determined or random?
Jake Mason: We’ve moved through a lot of different periods in our, coming up on, 17 years of playing tunes and writing together. In that time we’ve definitely touched on a bunch of things and then moved through them, and I suppose that can be attributed to working with different guests. Working with Daniel Merriweather, we’re going to be feeling a different vibe than working with Tex Perkins.

But for us, it comes down to the Hammond Trio thing, which is a soul-inspired thing where our roots are, and then we spring up [from there]. We use that as a common link, especially in an album – we love so many things, we want to jam so much in, but we want to make sure that its also digestible.

As the band has progressed, have certain flavours or inspirations waned?
We definitely started off quite jazzy, we were playing a lot more jazz and using that as our influence. We’ve moved a lot more into funk and soul in the last ten years. We’ve had a few line-up changes, the most recent one being Lance Ferguson [guitar] going off to do a lot more work on his Bamboos project…Those things can change the vibe a little bit.

You were saying that the song changes depending on the vocalist you’ve got. Would you agree that gives you a lot of freedom?
Oh yeah, it does! It’s awesome to draw on that inspiration – we’re actually about to head into the studio and work on the next record, and we’ve always got a massive wishlist of people we’d like to collaborate with. We work through those and figure what would work nicely on the record, and who might accept our request!

We’ve been working a lot with [Australian hip-hop artist] Mantra, and that’s taken us in a totally different direction. So that does inspire us in different ways, but we’ll always be brought back to that original Hammond Trio stuff.

Does that Mantra song have more of a hip-hop vibe?
It’s a combo! The tempo is in hip-hop land, but we’re not changing our sound, sampling ourselves or anything. It definitely sounds like us, it’s just a different flavour with some great stuff on top from Mantra.

You’ve worked with so many artists over such a long period of time. Has there been anyone that particularly stood out and surprised you, in what they’ve brought to the Cookin’ On 3 Burners sound?
Yeah, I’d say Tex Perkins would be one of those ones. He was from a completely different world than [our] soul/funk. But that’s why it worked so well, when we juxtaposed those two things together, that definitely pulls us into a whole different territory, this funky swamp thing that we like to do with Tex.

There’s some middle ground there – as well as performing the music, what we all like and listen to, we have a lot in common. [We] recently toured with Tex and he’d play me all these great funk soundtracks in the van; all those influences boil together. So yeah, Tex is one of the artists we’ve worked with that has pushed us in a nice different direction. 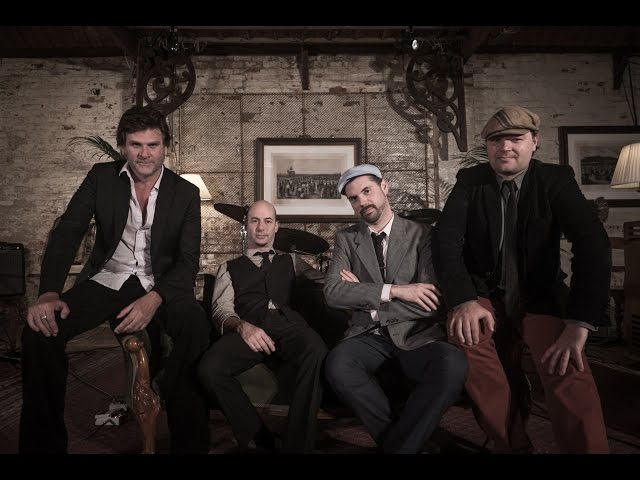 You’ve worked with him a fair bit, and that relationship would have strengthened more with all the touring, but how has your relationship changed since you first met? Was there initially some intimidation?
There was some serious rabbits in the headlights at first! I’m a big, big fan of The Cruel Sea, so there was definitely a little bit of that at the start. But he’s such a great guy, really easy going; we got on really well and got straight into work. But at the beginning I was pretty excited!

Your most recent song, “Writing’s on the Wall”, came out on a 7″, and you guys have been putting out albums in the vinyl format pretty much since you’ve started. What is it about vinyl that appeals to you?
In the early 2000’s when we started putting out vinyl, it was a big funk scene of DJ’s playing [7″s], especially in the UK. And they were 45-only DJ’s, so if you put anything out on CD you missed the boat. We really wanted to be part of that scene, and our music fit so well in there, so that spurred us into that world.

On the other side of it, [vinyl] sounds great! There’s such a great sound to a funk 45, you can’t replicate it on an mp3 player.

You guys have been hugely popular in community radio, particularly regional stations. How much have those stations played a role in your careers?
With this last collaboration with Tex, it’s been great. We’ve played a lot of great, packed shows. But I’d like to mention that PBS and Triple R, with us being quite Melbourne-centric crew, they’ve been really great in supporting us, and we support them, it’s a two way street. Obviously we don’t get played too much on commercial radio, it’s not really our thing, or their thing! Community radio are definitely our biggest supporters. 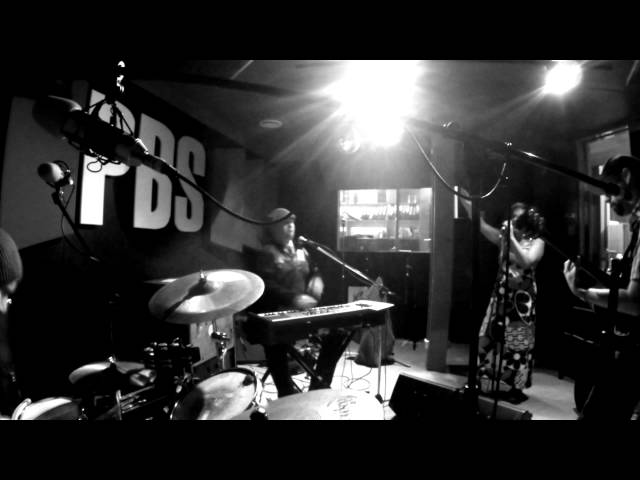 You’ve done a few live-to-air performances, most recently on PBS. Do you find it hard to translate the live aspect of your show to radio?
It is, you really have to imagine…it feels like you’re just in a little recording studio, and you could always do another take, but you have to imagine there’s a bunch of people out there in their car or wherever, listening to it – there’s a virtual audience. But it doesn’t take too long for the adrenaline to kick in and you realise you can’t see the crowd but they’re there. It is a weird thing to get used to – you see the red light on, but you’re not getting the feedback from the crowd.

It’s a similar thing with festivals, where you’ve got a short amount of time to make new fans. Although you do have the bonus of being in front of a live audience.
We just finished playing at Queenscliff Festival on Saturday, which was awesome. A big festival with a great audience gives you that [motivation] to push it to the next level. A lot of our tunes are dance floor type tunes. When people are movin’ and groovin’, it makes a difference.

Talking about audience vibes, it makes me think of a show we did, close to fifteen years ago at the back bar at Revolver, where we set up in the middle of the dance floor at 2am and we had all these people dancing all around us. It was one of the most memorable shows we’ve done!

Finally, you’re playing The Bureau Festival soon with two of the biggest legends in soul and funk, The Temptations and Charles Bradley. Do you think you’ll approach them about doing some cheeky vocals for a Cookin’ On 3 Burners track?
I don’t know! It might be cool, they also might be a bit weirded out! I think I’d love to shake their hand and say g’day, there’s massive respect to both of them. However, anything is possible, I guess I’ve just got to wait and see if the stars align. Sometimes collaborations happen because you’ve met someone at a gig, and you get up good rapport. If you’ve got a good vibe for it, then so have we!

Cookin’ on 3 Burners will appear alongside The Temptations, Charles Bradley, Saskwatch and more at The Bureau Festival, which takes place at The Sidney Myer Music Bowl in Melbourne on the 11th of December, 2015. Tickets are available from $49 at Ticketmaster.