Before 2011, The Decemberists were the pre-hipster darlings of the indie sect who appreciated polysyllabic word-play with their sophisticated balladeering. Grand tales of ye olde imaginings dripped with literary lyrics about chimbley sweeps, spectral babies and losing your mate’s bike. Somehow, though, the avant-folk pin-ups from Portland shot to the top of the US charts with their sixth long-player, The King Is Dead. Having already decided to take a break, The Decemberists hibernated for several years – at the highest point of commercial success they had experienced.

Returning last year with What A Terrible World, What A Beautiful World — a more personal hymnal than earlier releases — The Decemberists also got back on stage. Touring Australia with Bluesfest, Decemberists frontman Colin Meloy spoke with Rolling Stone about putting together a live show, fantasies of ending it all, and not letting go of something you love.

Were you surprised about being approached to play a blues and roots festival?
Initially but then I looked at who they typically book and it seems like it’s not really blues and roots. Everything has a little bit of blues and everything is rooted somewhere.

What impact has the blues had upon The Decemberists?
Well, sadness is a big component of the best Decemberists’ material. That’s something we share with blues music. You know, a dreary outlook on life is something I can get behind. That’s just the stuff I’ve been attracted to – forever, perpetually – [since] when I was a sad 15-year-old. I don’t think that has ever left me. You know, those things leave a scar and have definitely influenced what I like in music and what I tend to write.

As you are putting together the set for Bluesfest, do you lean more towards a ‘greatest hits’ show or are you going to play whatever you want?
It’s a little bit of both. I’ve done the thing where you get on the festival stage and do whatever you want. I mean, our entire Hazards of Love tour was basically that. That was fun, especially at festivals; you get sick of assembling your most upbeat material because you just really want to win the crowd over. The Hazards of Love was, in some ways, a reaction to that because we played the whole album from start to finish. But I’ve made some peace with that; I understand there is an inevitable obligation to create a tone or mood at a festival. Hopefully, you can find middle-ground where you can create something like that AND enjoy yourself.

What, then, can Bluesfest punters expect?
A noise jam for 50 minutes. A mix of Decemberists songs, new and old. 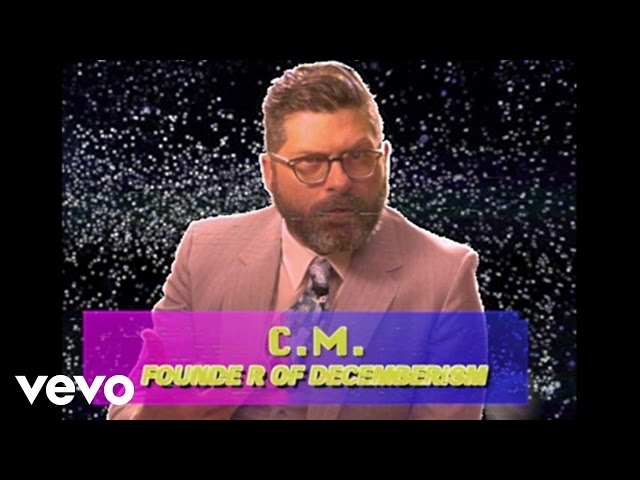 There was a gap of four years between your latest album, What A Terrible World, What A Beautiful World and its 2011 predecessor, The King is Dead. For the most part, The Decemberists did not play live during that hiatus. Did you miss being up on stage?
Yeah, I missed being on stage but I didn’t miss being on tour. It was really nice to have a break from that. I think that we came back with a refreshed perspective. We felt a little bit renewed coming back to the stage after having been away from it for a while. I do think that our shows, touring behind What A Terrible World, are some of the better shows we have done. So that’s exciting.

During the hiatus, were The Decemberists ever going to end – for good?
I think I fantasised about that but, in the end, I couldn’t give it up.

Why fantasise about that?
Don’t you always fantasise about destroying everything that you have and what you are? I think The Decemberists also became a machine – and still is – with its own momentum. You can sometimes feel like you are being rolled along by it, rather than having agency. And so I think there is a part of you that wants to jump off.

Are you surprised The Decemberists have become as big as they are? No disrespect, but did you ever think you would turn up on The Hunger Games soundtrack, or appear on The Simpsons and Parks and Recreation? Heck, there’s even a Decemberists Day (January 20) in your hometown of Portland.
[Laughs] Um, yeah, it is surprising. I mean, we’re a good band and we put on a good show. I think we are deserving of the success we have had but, certainly, I didn’t ever think that what we are doing would reach such a wide audience. You know, all the bands I loved growing up, so many of them really didn’t get out of the closet of the small theatres. So, in that sense, we outdid my expectations – but I can’t say I haven’t enjoyed it.

What’s the future for The Decemberists? Will your fantasies of self-destruction come true?
Where you’ll see an on-stage implosion? No. I feel like that was a phase that I’ve kinda grown out of. Getting back on the road with everybody and doing the record, reminded me of how much I love this band. I love my band members. I love being on stage and playing the music. That’s something I can’t really let go of.

In addition to appearing at Bluesfest, The Decemberists will also play their own headline shows: