At 15 years old, Geordie Hewitt performed alongside his friend Nick Murphy in a church hall in Australia as a part of an after-school music program. Now Murphy, better known now as Chet Faker, has signed his old friend Hewitt to his record label as the electronic artist Cleopold.

“He’s always been really supportive of what I do,” Hewitt says. “I started to do one track for myself. And then I showed it to Nick and he really liked it. He was talking about starting his label [and] he ended up releasing my EP.”

It’s been a slow progression towards the birth of Cleopold. Beginning his musical journey young, Hewitt lived in Switzerland before moving to Australia with his mom and brother when he was twelve. Hewitt has since toured Australia, moved to the U.S., remixed Miami Horror and recently released his own debut solo EP, Altitude & Oxygen.

We recently caught up with the rising Melbourne electro-soul artist to discuss finally forging his own path, playing headline shows around the world, and gaining confidence along the way.

What’s your musical background, growing up, how’d you start getting into music?
I started singing in a boy’s choir when I was six in Switzerland, that’s where I lived. I did that until I was 15. Then my older brother was in a band, and I remember thinking I wanted to start a band and play music. You know, be on a stage. In high school I did some sort of music performance. Tertiary stuff at school, studied a bit of theory and whatever, [but] didn’t really excel at it.

I ended up writing songs in high school, just cause it felt much easier to do my own thing. And that’s where it all sort of began. So I made a lot of music in my teen years, and then moved to L.A. after touring as a session guitarist in Australia for a long time.

What prompted the move to Los Angeles for you?
Well I just wasn’t really satisfied with what I was doing musically, cause I was playing guitar for all these bands and I was getting paid and it was pretty cool, but I felt like I was fuelling other people’s careers. I was just getting older and not putting my own stuff out.

To be honest, it was pretty hard to get people to listen to any of my songs and stuff because I’m not known. I was “the guitarist.” It was weird. It kind of sucked cause I thought my songs were really good and I was like, ‘I want to write for this person that I’m playing with’, or whatever. And I never really got the opportunity.

When I moved to L.A., all of a sudden I could say,”Oh I’m a songwriter.” And people would be like “Cool! Let’s hear your song!” Rather than being just the guitarist. It was a job though. I was just doing it for experience, and was a great experience but, yeah. It was weird.

Also I broke up with my girlfriend. Well, she broke up with me and then I was like, ‘well I’m think of getting out of here.’ So, that’s really why I left.

Your EP definitely has a West Coast vibe to it. Do you think living and producing in L.A. influenced your sound?
Definitely. I’ve always sung the same, but that being said it took a while to find a style of singing that felt right. A style that didn’t sound put on. But, yeah, the EP has a bit of a West Coast feel in the sense that I was living there and you latch onto the energy of whatever’s around.

I think being somewhere different is really positive if you’re a writer or an artist or musician, whatever. Just being stimulated by your surroundings, and always moving around. I went to New York a whole bunch, every few months for the first year that I was there. It was exciting, especially when you come from Australia. You go to LA and you’re like,”oh this is cool.” And then you go to New York and you’re like,”woah this is so intense!”

How did the name ‘Cleopold’ come about?
I was singing on a Miami Horror track and I had to come up with an artist stage name to feature on […] Cause I was singing it on the road with them.

It sounded good to me and it kind of just clicked. But I’ve always liked Cleopatra. The word Cleo, but I had a bunch of artist names. It feels weird to come up with a name when it’s just you. You know, I used to be in bands and stuff and we’d all sit around and think of cool band names [laughs] but when it’s just you, it’s kind of sad. You think, like maybe I should just be myself and call myself Geordie.

But at the same time it gives you the opportunity where it doesn’t have to be you. I mean it is, it’s turned out that way for me, but there’s a bit of a buffer. You can do something different or sound a bit different […] And I guess that goes with when I moved to L.A., that idea of re-establishing myself.

And Cleopold just sounded classy, I was into it. Instead of being you know, just like”Featuring George.” I feel like there’s a theatrical element to it, you know? A bit of mystery, an element of curiosity.

What would you say the theme of the Altitude & Oxygen EP is?
It’s just honest personal experiences and feelings. I guess I like writing about my experiences and myself and how I feel. And then you try to capture that, all of that feeling, whatever it is that I’m writing about, with the way I sing it, the performance, and then also the production. I try to match it all up. But yeah most of them are about girls, and relationships and friendships. 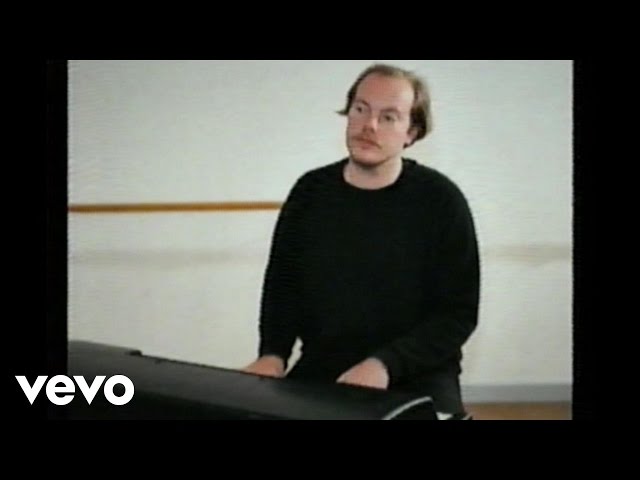 How was touring in the US and what are you looking forward to most about upcoming shows?
Well I can’t wait to go back and do it again, cause it was awesome. [Touring in the US] was the coolest thing I’ve ever done. I’ve been to the States before and I’ve always been going to gigs and trying to meet people and stuff, and to think that I’ve been presented with this opportunity to play there is awesome.

I have a lot of friends in New York, and they all came to the show. It was a full house and it was the first show of the tour, and I was thinking it’s so awesome that I’m in New York getting to play, even though it was like a club show, whatever! It felt like my birthday or something.

Later [on the tour] we played this festival, and supported Aluna George, and she was great. It was just cool to think people were watching and enjoying it, and appreciating that we’d come. Cause it’s expensive to tour and it’s a lot of work to make the songs.

I’ve always gone to see bands growing up and I love the live side of it. With drums, there’s this live energy, something to watch, it’s engaging. My friend who I used to play with too when I was like 18 or 19, we always talked about playing together. We were like, ‘oh we’ll start a band one day’, cause he’s really a really good drummer and plays with all these different bands and the timing worked out. He came on the tour. And it was just so cool to think that him and I always talked about it and then together we were on this tour together.

You performed with Chet Faker on his tour — what was that experience like for you, playing big stages like the Opera House before your EP was even released? Do you think that’s helped you?
It was awesome. Doing any show like that is huge for me. I mean, it’s huge for anyone, to be in front of that kind of crowd singing. It’s such a thrill. I was so anxious before the shows, freaking out. And then you start doing it and you think, it’s even nuts that I’m in this position. Yeah that stuff really has a positive impact on me and my confidence, because it’s like oh, if I can play these gigs then I can sort of back my own ideas more when I’m making the music.

Those were huge shows and really the starting point of it for me, in the sense that I’ve decided that this is really a good thing that I’m doing and I’m doing it right, and I want to keep doing it and getting better at it. And it was so cool cause it was with an old friend. The whole idea of him supporting me and giving me those opportunities, is nuts.

As far as plans for the rest of the year, anything planned besides performing?
Probably just writing. Might try to release another song. That’s what I really want to do. I’ve got these new songs that I just feel so excited about because I feel like there 100 times better than the first lot, even though the first lot’s good. I get a kick out of putting out new stuff that sounds like it’s growing and becoming more mature sounding. I’m really excited for this new track. So hopefully we finish that in the next few weeks and then we can master it and mix it in August and September and release it ASAP.