Linkin Park frontman Chester Bennington died of an apparent suicide by hanging Thursday morning, according to The Associated Press. The singer was 41. A representative confirmed the singer’s death to Rolling Stone.

“Shortly after 9 a.m. this morning, we were notified by law enforcement of a death in Palos Verdes Estates,” Brian Elias, chief of operations for the Los Angeles County Department of Medical Examiner, tells Rolling Stone. “We responded to the scene and unfortunately confirmed that Mr. Chester Bennington was deceased at the scene.”

Elias added that the coroner’s department is currently conducting a death investigation, with more information set for release Thursday afternoon.

“Shocked and heartbroken, but it’s true,” Bennington’s fellow Linkin Park vocalist Mike Shinoda said on Twitter. “An official statement will come out as soon as we have one.”

Bennington’s many fans, peers and collaborators in music and entertainment offered their condolences and shared their memories of the singer on social media, including Rihanna, Hayley Williams of Paramore, Chance the Rapper, Dwayne “The Rock” Johnson, Ryan Adams, Pusha T and Jimmy Kimmel. Others, such as Thursday’s Geoff Rickly and Best Coast’s Bethany Cosentino, took the opportunity to speak out about the importance of addressing mental health issues as well.

“Chester Bennington was an artist of extraordinary talent and charisma, and a human being with a huge heart and a caring soul,” Warner Brothers Records CEO Cameron Strang said in a statement. “Our thoughts and prayers are with his beautiful family, his bandmates and his many friends. All of us at WBR join with millions of grieving fans around the world in saying: we love you Chester and you will be forever missed.”

Bennington’s screamed and emotional vocals provided a gritty counterpoint to co-frontman Mike Shinoda’s raps on the group’s nu-metal hits like “In the End” and “One Step Closer.” He sang the poppy melodies on the band’s recent hit “Heavy,” which featured singer Kiiara and reached Number Two on Billboard’s Hot Rock Songs chart and Number 11 on the Top 40. In addition to working with Linkin Park, he also fronted Stone Temple Pilots between 2013 and 2015 and the side project Dead by Sunrise and supergroup Kings of Chaos. 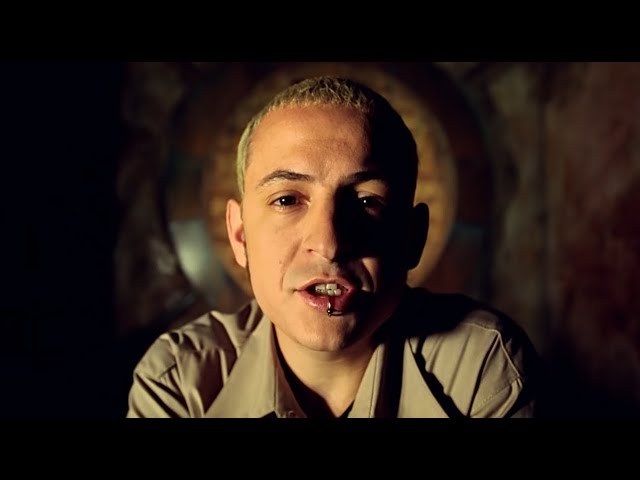 Linkin Park were a breakout hit when they released their debut, Hybrid Theory, in 2000. Its blend of rap, metal and electronic music propelled it to Number Two on Billboard, and the RIAA has subsequently certified it diamond, signifying sales of more than 10 million copies. With the exception of 2014’s The Hunting Party, which debuted at Number Three, each subsequent Linkin Park release would claim the Number One spot. Over the years, they’ve proven themselves to be a malleable act, focusing more on electronic music sometimes and harder rock at others, and even teaming with Jay-Z on the platinum-selling Collision Course EP in 2004 and Steve Aoki on the remix release A Light That Never Comes in 2014. Their most recent LP, One More Light, came out this past May. The band has won two Grammys.

Bennington was born March 20th, 1976 in Phoenix, the son of a police officer. He had a rough childhood and was molested and beaten up by an older friend beginning around age seven. “It destroyed my self-confidence,” he told Metal Hammer. “Like most people, I was too afraid to say anything. I didn’t want people to think I was gay or that I was lying. It was a horrible experience.”

When he was 11, his parents divorced and he was forced to live with his father. He eventually discovered drugs, taking opium, amphetamines, marijuana and cocaine alongside alcohol. “I was on 11 hits of acid a day,” he told the magazine in 2016. “I dropped so much acid I’m surprised I can still speak. I’d smoke a bunch of crack, do a bit of meth and just sit there and freak out. Then I’d smoke opium to come down. I weighed 110 pounds. My mom said I looked like I stepped out of Auschwitz. So I used pot to get off drugs. Every time I’d get a craving, I’d smoke my pot.”

After a gang broke into a friend’s house where he was getting high and pistol-whipped his friends, he ditched drugs in 1992, though addiction would creep back into his life later. He subsequently moved to Los Angeles, where he auditioned for the band that would become Linkin Park.

Hybrid Theory came at the peak of the nu-metal explosion and quickly dominated the Billboard chart, thanks in part to heavy MTV airplay. The singles “One Step Closer,” “Crawling” and “In the End” all charted high on the mainstream rock chart, and “In the End” also crossed over to the pop chart, reaching Number Two and becoming gold-certified. “Crawling” earned the band its first Grammy for Best Hard Rock Performance. 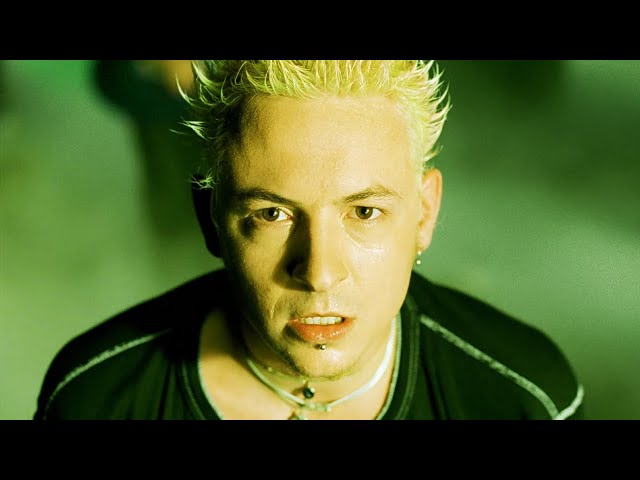 Their 2003 follow-up, Meteora, was also a swift Number One, thanks in part to the success of the platinum single “Numb,” which featured Bennington screaming about feeling turned off to the world. Their success led to a high-profile 2004 collaboration with Jay-Z, Collision Course – another Number One, platinum release that found them fusing their “Papercut” to his “Big Pimpin'” and “One Step Closer” to the rapper’s “99 Problems.” Their mashup of Linkin Park’s “Numb” and Jay-Z’s “Encore” won them a Grammy for Best Rap/Sung Performance.

At the time of Linkin Park’s early success, Bennington slipped back into addiction. “The tours we did in the beginning, everybody … was either drinking or doing drugs,” Shinoda once told The Guardian. “I can’t think of any that were sober.” Bennington kicked drugs in 2006, though, and by the late 2000s, he was celebrating his sobriety and using it as fuel for his music. “It’s not cool to be an alcoholic — it’s not cool to go drink and be a dumbass,” he told Spin in 2009. “It’s cool to be a part of recovery. … Most of my work has been a reflection of what I’ve been going through in one way or another.”

Linkin Park’s 2007 album, Minutes to Midnight, found them moving away from the aggression of their earlier nu-metal releases. Co-producer Rick Rubin helped them focus more on classic rock with shades of U2. The risk made for the hits “What I’ve Done,” “Bleed It Out” and “Shadow of the Day,” all of which were certified platinum and multi-platinum. 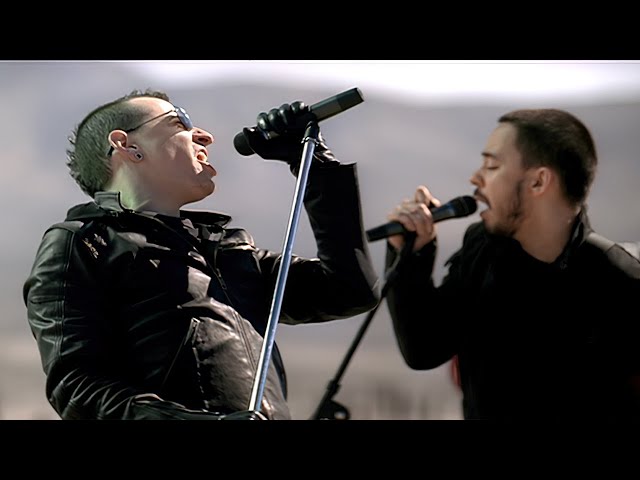 Linkin Park continued to blend atmospheric rock with electronics on 2010’s A Thousand Suns (co-produced by Rubin) and 2012’s Living Things. Despite the shift in sound, though, they were able to carry out the unlikely feat of claiming the Number One position on both the mainstream rock and alt-rock charts with 2012’s “Burn It Down,” on which Bennington sang full-throated and clear-voiced.

In 2013, he joined Stone Temple Pilots after the band fired frontman Scott Weiland. He’d previously performed the group’s “Dead and Bloated” and “Wonderful” with them in 2001 on the Family Values Tour. They put out the EP High Rise that year and toured frequently over the next two years. He left the band in 2015 to devote his time to Linkin Park and to his family. “I got to create and perform with one of the greatest rock bands of our generation, that had so much influence on me growing up,” he said at the time. “With the amount of time STP deserves, in addition to being in Linkin Park, and with the needs of my family, one of them always seems to fall short.” He later played with STP’s Robert DeLeo again in the Kings of Chaos, a touring supergroup that plays covers; its lineup also featured members of Guns N’ Roses, the Cult, Slipknot and ZZ Top during Bennington’s stint.

Meanwhile, Linkin Park’s 2014 LP The Hunting Party found them veering back toward harder rock to less commercial success. On their most recent album, this year’s One More Light, they were exploring full-on pop. Facing a backlash from some older fans on how Linkin Park had softened its sound since Hybrid Theory, he told an interviewer, “It’s a great record, we love it. Like, move the fuck on.”

“Heavy,” which features Bennington trading catchy verses with 22-year-old singer and songwriter Kiiara, had only made it into the middle-half of the pop chart at the time of the singer’s death, though the album had debuted at Number One. The band had recently performed the album’s title track, “One More Light,” on Jimmy Kimmel Live! in tribute to Soundgarden frontman Chris Cornell, who had died of a suicide by hanging earlier this year. “Who cares if one more light goes out,” he sang. “Well, I do.” Linkin Park were slated to kick off a tour in support of One More Light beginning July 27th with Blink-182, Wu-Tang Clan and Machine Gun Kelly.

Outside of his main projects, Bennington made guest appearances on songs by Santana, Young Buck, Mindless Self Indulgence, DJ Lethal, Mötley Crüe and Chris Cornell, among others. He also appeared in two Crank movies and in Saw 3D.

Despite Linkin Park’s commercial success and Bennington’s well-received collaborations with Dead by Sunrise and Stone Temple Pilots, he always tried to stay grounded. “The idea that success equals happiness pisses me off,” he told Metal Hammer in 2016. “It’s funny to think that just because you’re successful you’re now immune to the full range of the human experience. But we also realize that we’re not kids any more; we’re not youngsters with this teen angst and this feeling of ‘why does the world piss me off?’ and finding a way to express it.

“We have had a lot of success and there are a lot of great things going on for us, but there are things that really matter to us,” he added. “When we talk about lyrical content we can’t just go back to being that angry kid. We need to talk about something that makes sense to who we are today.”