When Chad Smith joined the Red Hot Chili Peppers in 1988 he had little reason to think it was a long-term proposition. The group had been through three drummers in the previous five years, and guitarist Hillel Slovak had died months earlier. “I remember right after I joined we did a photo shoot for Spin or something,” Smith tells Rolling Stone. “I’m standing on a rock somewhere in Malibu with a sock on my dick and I’m like, ‘I wonder how long this is gonna last? I don’t know about this, but it seems like something to do right now.'”

It’s 28 years later and the group is still going strong, and on Friday they released their new album The Getaway. We talked with Smith about the new LP, RHCP’s ongoing world tour, the status of Chickenfoot and his new comedic partnership with celebrity look-alike Will Ferrell.

I’ve really been enjoying the new album
You’re a man of good taste!

How did the process begin?
Well, we wrote some songs for probably nine months, which we normally do, and we were getting ready to record when my man Flea broke his arm snowboarding. So everything ground to a halt. He really did a number on himself. It took six months to heal. During that time we kind of reassessed our approach. Brian “Danger Mouse” Burton said to us, “I love your songs. I can help make them better, but if you really want to use my talents, you should go into my studio and just write a bunch from scratch.” 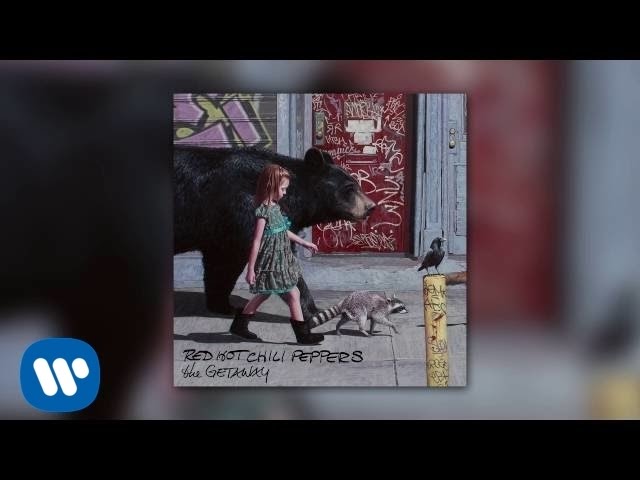 At first we were like, “Wait a minute. … I don’t know. We’ve done this for a long time and it seems to work.” But once we embraced it and were open to this new way to grow and change we were really able to challenges ourselves, and thank God we did because we came up with another batch. Probably six of the 13 songs on the record are the ones that we wrote with Brian in the studio, and the ones we had from before he helped us make them better.

How did the idea of working with Danger Mouse first come up?
We know him and the bands he’s worked with. We actually toured with Gnarls Barkley. Our guitar player Josh [Klinghoffer] was their keyboardist when we toured together. We had mutual friends and when his name came up we were like, “Yeah, let’s talk to Brian.” It was pretty simple.

How was his process different from other producers that you’ve worked with in the past?
He comes from a hip-hop, for lack of a better word to describe it, process where you start with a beat. We would just listen to different kinds of music and come up with stuff we both sort of liked, a vibe or whatever, and then I would go in and just play the drums. We’d go back and forth on suggestions, and then it would get laid down. Then Flea would come and play the bass on that. And then Josh would come in and play keys or guitar or whatever we needed. We sort of built it like that.

That’s way different than anything we’ve ever done before. We were just starting out from thin air here and it was wild. Eventually we were like, “This is great. It’s different, but it still sounds like us.” Brian was so excited about it, and it just took off from there. He’s in there from 11 in the morning until 11 at night. Rick [Rubin] doesn’t really like to spend as much time in the studio. He’d be there for tracking and vocals, but Brian has a studio tan, as they say.

“Rick [Rubin] doesn’t really like to spend as much time in the studio. He’d be there for tracking and vocals, but [Danger Mouse] has a studio tan, as they say.”

Did you record a lot more songs than wound up on the album?
Yeah, we always do. We probably recorded over 20 songs. That always happens to us. Brian was really fighting for a short album. He’s a believer in keeping it to 45 or 50 minute since attention spans are shorter now. We were like, “That’s great, but this song has to be there.” So we all agreed on about nine, and then the last four, everyone lobbied for their favorite song. We got it down to a whopping 13, which I think works. Everyone is pleased with the selections they made.

Do you see a theme to the lyrics? A lot of them seem to be about heartbreak.
Yeah. Well, I don’t want to speak for Anthony [Kiedis], but I think you’re right. There’s other things, like “The Longest Wave.” I’m sure there’s a deeper meaning than surfing. “Detroit” is a love ode to the great city of Detroit. There’s some other things, but yeah, I would say it’s a lot of relationship stuff, sure. You break someone’s heart and … yeah.

You were just breaking in a new guitarist on the last record. The group must feel more comfortable this time around.
Josh is much more comfortable. He’s a good part of this album, and he’s a dedicated musician. We’re lucky to have him. And I’m not the new guy anymore! I was the Ron Wood of the Peppers for 27 years. We’ve toured and played a lot of music in the past five or six years, and that makes a big difference, for sure.

You guys played a bunch of shows before the album came out. What was that about?
We kind of had to give ourselves a deadline. Our manager was like, “OK, summer is coming up. Are we gonna have an album?” And we were like, “Yeah … I think so!” He was like, “OK, we gotta start booking these shows six months in advance and people want to know about festivals and whatnot.” So we told him, “Yeah, we should have an album by June.” We gave ourselves that deadline. Then it was rushed in that typical last-minute thing when you have a deadline. But we’re super excited to go play these songs and bust them out live for people.

Fans were shocked to hear “Aeroplane” earlier this year.
Yeah, we’re doing it. I think we worked up “My Friends” from the bastard album we never played. No one had a real connection to that one. Josh is like, “I don’t care. I like it, man.” And you gotta switch it up. We’re going to play some older ones, stuff off the first album. We’re playing “Nobody’s Weird Like Me” from Mother’s Milk. We’re delving into our back catalog a bit. It’s gonna be tough to figure out which new ones we can do. We can’t do them all. We’ll figure it out and keep ’em rotating.

You’ve got a ton of festival dates. When are you going to do a proper headlining tour in America?
We’re doing all European festivals now, and then Korea and Japan and maybe a couple Canadian dates. Then in September we’ll start our indoor arena tour in Europe until the end of the year. We’ll be in North America next January.

I talk to some bands that have just given up on the album as an art form. You guys clearly really believe in it, though.
Absolutely. We might be old school, but my favorite artists make albums. And I think these songs are a collection of songs that deserve to be together. We wrote them all at the same time. It’s a little snapshot of where the band is now. I hope people will listen to it in its entirety. It’s a very satisfying experience.

Do you think that Chickenfoot are ever going to tour again?
We just played a few weeks go up in Tahoe, but everyone has different things going on. Sam [Hagar] has his own thing with Mike [Anthony] and Joe [Satriani] is on his own tour. We really enjoy playing together, but with my schedule I don’t see us playing too much. I would love to make some new music with those guys, but we’d have to be in the same room at the same time. I just don’t know. It’s up in the air. I love playing with those guys, though. It’s a real treat.

I spoke to you five years ago and you barely knew Will Ferrell at the time. Since then you guys have become this amazing new comedy duo.
[Laughs] I don’t know if we’re going to be making Step Brothers 2 together. But who knew that people would go so crazy for two guys who kind of look like each other and did some kooky drum-off on television. It turned into this big thing and so we were like, “Let’s do some good with this.” 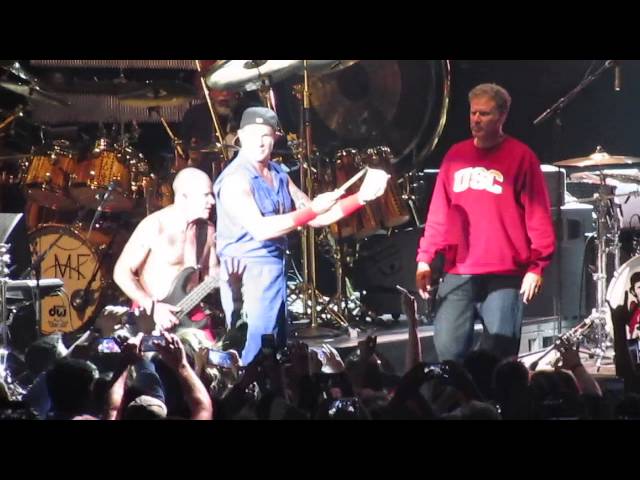 We did this event at the Shrine recently and raised money for two great causes. He got his comedic pals to show up and I brought in the music and the drummers. It was really fun. He’s amazing, even though I lost the drum-off again. I’m like the Washington Generals of the drum-off. I’m never gonna win, no matter what. He brought in Mick Fleetwood and the USC Marching Band. That’s not fair!

That is unfair.
It’s bullshit! I had Stewart Copeland and Tommy Lee, Taylor [Hawkins] from the Foo Fighters. I had a good team. … But it was fun. So, who knows? We might do it again. It’s just great that a couple of guys that happen to look like each other can raise millions of dollars.

Do you ever talk to John Frusciante?
I haven’t. Once in a while, he’ll send me a text or an e-mail or something. I know Flea saw him recently and they hung out. But I haven’t had much contact. He’s doing his thing. I love John. He’s one of the most amazing musicians I’ve ever played with. I’m so fortunate he was in our group. But I think he’s happy doing his own thing, what he wants to do, and that’s great. I want him to be happy.

The band was great before him, and it’s been great since he left.
As long as we keep doing it because we love it, and we play from our hearts and everyone wants to do it for the right reasons, we’ll keep playing. What else am I gonna do? I’m 54 years old. I’m a professional musician. I’m not gonna start working at McDonald’s or a law firm or rob a bank. This is what I’m going to do. We’re all so fortunate we’re able to do what we love and what we’re passionate about. We make music, travel around and people still want to see us. Today it was like, “You’ve added a third night in Paris and two in Budapest and Helsinki’s sold out.” It’s amazing to me. I’m like, “Holy shit. This is fantastic.” I’ve got the best job in the world.