On the eve of the Buckcherry’s Oceania tour — kicking off Sunday, March 13th in Auckland — we caught up with frontman Josh Todd to chat about life on the road, the band’s longevity and their recently released seventh studio album Rock ‘N’ Roll.

Latest album Rock ‘N’ Roll seems the opposite of its predecessor, Confessions.
That’s exactly what it is. [Sixth studio album] Confessions was an emotional rollercoaster for me, as I wrote all the lyrics. The song “Sloth” was about my father’s suicide when I was 10. When it happened I didn’t even cry, which was awful. I just stuffed a lot of my feelings down. So with Rock ‘N’ Roll it was time to have fun again. We recorded 10 songs, enough to leave you wanting more.

What’s the most personal song on Rock ‘N’ Roll?
“Rain’s Falling”. I wrote it in a hotel room in St Louis. It was raining outside, and having been on the road for a long time, I was feeling really disconnected from my family. When you’ve had this lifestyle for a long time your personal friends fall by the wayside, so it’s just really your band and your family, or whoever you have at home. It gets challenging at times, and that’s how the lyrics came out. I really like it. It’s a beautiful song.

The song “Tight Pants” is almost Spinal Tap.
I was going through a James Brown phase where I was watching documentaries, and performances of him on YouTube. We were writing the album and I just wanted a song that was very James Brown. And man, “Tight Pants” is a fun song to play live.

Keith [Nelson, guitarist] and I got to meet him when Buckcherry played Woodstock ’99. We were doing some press and he was in front of us. We got a picture with him. We were so star struck. He was larger than and life and had that “thing”. When I met Steven Tyler and the guys in Aerosmith, they had that “thing” too.

Why write a song [“Tight Pants”] about a woman’s arse?
Because a woman’s arse is fantastic! [Laughs] Let me tell you what’s missing in rock and roll. You used to be able to dance to it. There was also a lot of sexual innuendo. It was fun, it was a party; it was a really good time. You can’t find that anymore, unless you go to pop music.

People aren’t singing about stuff that’s sexy and fun. Plus, there’s not a lot of great frontmen. The ones I love are those that the guys want to be and the girls want to fuck. We also need more guitar heroes. We need more great frontmen. With both of those in place, there’d be a really good movement again. 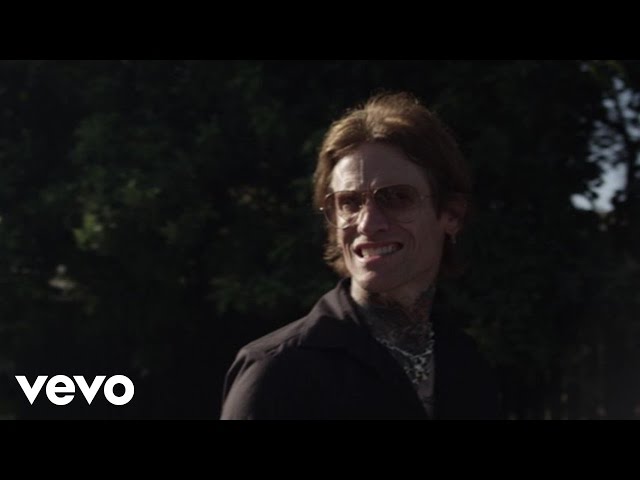 How do you entertain yourself while on tour?
I usually bring my skateboard with me, so I can head out wherever I am and explore. I also read. I’ve just finished The I-5 Killer by Ann Rule. It’s about American serial killer, Randall Woodfield. I read a lot of true crime because I’m fascinated by how detectives break down a crime scene and catch people.

I knew this kid in Orange County, where I grew up, who helped the LAPD catch Richard Ramirez [The Night Stalker]. Ramirez had stolen/rented a car and driven to this kid’s neighbourhood. He then choked somebody.

This kid heard something going on and went into the street. He saw an unfamiliar car, took down its license plate and sent the number to the police. They traced the car and found a fingerprint on the rearview mirror. It matched Ramirez’s from prior arrests, and his photograph was placed on every newspaper in LA. Ramirez was recognised coming out of a liquor store and later caught.

I know all of this because when I went to this kid’s house, he had a thank you plaque from the LAPD on the wall. So I asked him how he got it.

Ideas for the next album?
We’ll probably be working on a new album next year, but right now we’re making an EP. We released the FUCK EP in 2014, which was a lot of fun. Our objective is to write three EPs and eventually have a box set. Each will have a theme, to keep them fun and interesting.

What’s kept Buckcherry together for nearly 20 years?
Sobriety. The fact we have stayed sober all these year and communicate really well when we have problems. Plus, we are constantly working — that’s part of the magic.

What’s something you have planned for Australian audiences that they haven’t seen before?
Our full set, as they haven’t seen it since we did a headline tour in 1999. We were there in 2013 with Steel Panther. As their support, we could rip out a set and go and have some fun. We’re looking forward to doing our own shows, as it’s been a while.

Brian Johnson has been told to stop touring or risk total hearing loss. How is your hearing?
Not great, I wish it were better. I have been in bands since I was 15 and touring professionally since I was 26. That’s a lot of wear and tear. Great thing is we now have in-ear monitors that help you isolate the sound. But I try not to think about it. There’s not much I can do. I’m not going to stop playing.