After years of rumour and anticipation, Bruce Springsteen has unveiled the details of a new box set spotlighting his 1980 double LP The River. Entitled The Ties That Bind: The River Collection, the four-CD/three-DVD package will land in stores on December 4th. It features the original single disc album of The River (then called The Ties That Bind) Springsteen planned on releasing in 1979, 11 previously unreleased outtakes from The River sessions, a new documentary, a concert filmed on the The River tour and another 10 songs from the era that were released on previous archival packages.

The new hour-long documentary The Ties That Band was directed and produced by longtime Springsteen collaborator Thom Zimny. It shows Springsteen playing acoustic renditions of songs from The River, along with photographs and concert footage from the era. Among many other songs, he plays “Independence Day,” “Point Blank” and “Wreck On The Highway” outdoors near a garage (on what appears to be the grounds of his New Jersey home) as he explains their backstories in great detail.

“You’re brought into a very late night intimate convention between two people,” he says of “Independence Day.” “It’s part of a series of songs that I wrote about my dad that weren’t completely autobiographical, but were emotionally autobiographical.”

Also in the box set is a a two-DVD Bruce Springsteen and the E Street Band concert shot in Tempe, Arizona on November 5th, 1980. The 160-minute set was shot on four cameras and recorded in multitrack audio. It’s a high-energy (though sadly incomplete) show of Springsteen, wearing a grey sport coat, tearing through songs like “Born To Run,” “Badlands” and “Cadillac Ranch” the day after Ronald Reagan was elected president. (The definitive fan site Brucebase refers to the concert as “one of the finest, most intense shows of the River tour.”)  There’s also 20 minutes of band rehearsal footage filmed in September of that same year weeks before the release of the album.

The River was Springsteen’s fifth studio record, and his first one to hit #1 on the Billboard 200. The double album contained “Hungry Heart,” his first Top Ten single, and veers back and forth between wild rockers (“Ramrod,” “I’m a Rocker,” “Cadillac Ranch”) and somber, reflective tunes (“Independence Day,” “Stolen Car,” “Wreck On The Highway”). The title track was inspired by his sister Ginny, who married her husband Mickey after getting pregnant as a teenager. 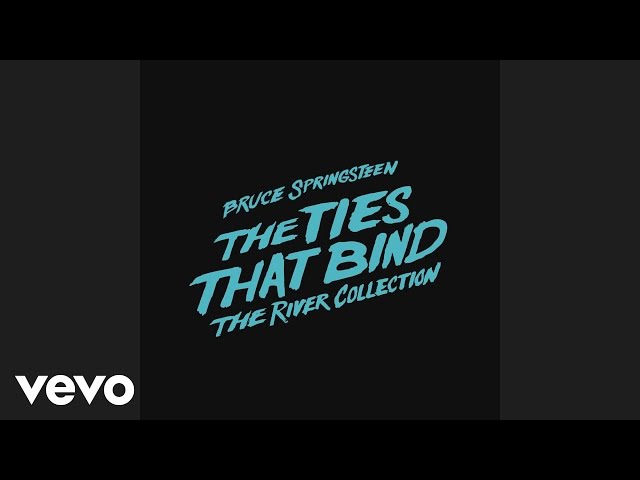 “It was a record where I first started to tackle men and women and families and marriage,” he said in 2009 before playing the complete record at Madison Square Garden. “There were certain songs on it that led to complete records later on. ‘The River’ sort of led to the writing on Nebraska. ‘Stolen Car’ led to the writing on Tunnel of Love. I handed it in with just one record and I took it back because I didn’t feel it was big enough and I wanted to capture the themes that I’d been writing about Darkness. I wanted to keep those characters with me and at the same time added the music that made our live shows so much fun and enjoyable for our audience.”

The River album sessions stretched for over a year between 1979 and 1980, producing more songs than could fit on even two records. Many great tunes, like “Restless Nights,” “Where The Bands Are” and “Ricky Wants A Man of Her Own,” didn’t surface until the 1998 box set Tracks. Many others fell into the hands of bootleggers.

The first disc of The Ties That Band: The River Outtakes has 11 songs that have remained in the vaults over the past 35 years. They include “Meet Me In The City,” the tale of a lovesick felon “charged with doin’ things I can’t explain” and “Party Lights,” which shares lyrics with “Point Blank” and “Atlantic City” and has the “take that little brat of yours” line he added to his live cover of Tom Waits’ “Jersey Girl.”

Like previous Springsteen box sets centered around Born To Run and Darkness On The Edge of Town, the package will come with a book. The companion piece will contain 200 rarely-seen photos and a new essay by longtime Rolling Stone US Contributing Editor Mikal Gilmore along with the original Rolling Stone review by Paul Nelson.

The album is available for pre-order on iTunes.

The Ties That Bind: The River Collection Track List

The River – Record One

The Ties That Bind (Documentary)