In a stunning announcement today, Blur have revealed plans to release their first new album in over a dozen years on April 28th, titled The Magic Whip. While the group had reunited for one-off gigs and a pair of new tracks in recent years, the Britpop legends will finally release their first studio LP since 2003’s Think Tank and their first with guitarist Graham Coxon since 1999’s 13. The band also unveiled the video for The Magic Whip‘s first single, “Go Out.” 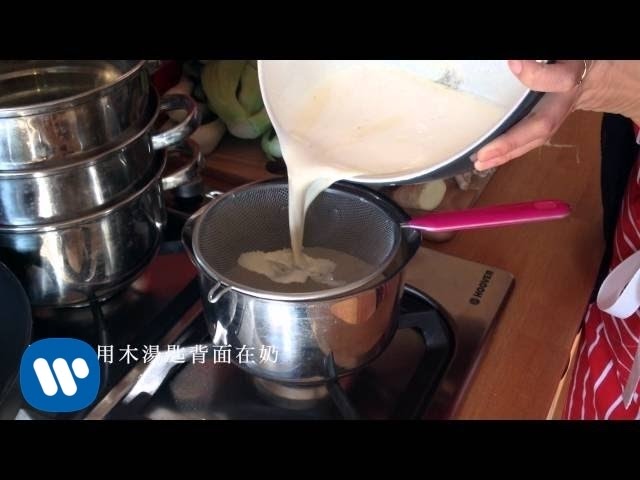 “We’ve made a new record,” Albarn revealed in a Facebook-streamed chat with soon-to-be-former BBC Radio 1 DJ Zane Lowe at London Chinese restaurant The Golden Phoenix. The album was recorded at Hong Kong’s Avon Studios over the course of five days after a scheduled Spring 2013 gig was cancelled. “We didn’t have much [equipment]; it was like back when we first started recording stuff,” Albarn said.

Blur continued to fine-tune what they had worked on over the course of their few gigs together before briefly abandoning the project. Last November, Coxon revisited what they had worked on with producer Stephen Street, who had previously worked with Blur on 1993’s Modern Life Is Rubbish, the 1994 classic Parklife and the band’s 1997 self-titled LP.

“I was sitting on the sofa; other people were making music and getting on the radio and I hate sitting there not doing much when other people are making music and being told they’re great,” Coxon said. “I thought it would be great to go back — now that it’s fermented a while — and have a look. For want of a better word, there was some jamming; there was some sonic landscaping. I liken it to someone’s notes and we needed someone to organize them.”

After fleshing out the music, Albarn added his lyrics to the songs, resulting in The Magic Whip.  “Graham came to me and said, ‘We’ve got something here,’ Albarn said. “I was really busy doing my own thing but they came back and played me what they’d done and I was like, ‘Oh no, this is really good.’ There were very mixed emotions for me. I really felt at the end of the last gigs we did, that that was it; that was the end. Not for any heavy reason, [but] it had run its course. There’s no way we could do another gig without a new record.”

The band noted that the secrecy surrounding the project allowed them to work without the pressure usually attached to “a new Blur record,” especially one with 12 years of anticipation.”It was really accidental. It was completely natural and spontaneous.” Albarn said. “I was just singing lyrically what was coming in my head.”

The group added that Hong Kong heavily inspired the album, including the LP’s artwork, which features the words “Blur” and “The Magic Whip” written out in Chinese characters. The new album announcement also arrived on Chinese New Year. Albarn’s lyrics were inspired by his experiences in Hong Kong and China, both with Blur and Gorillaz. “I’ve got a strong emotional connection to China,” he said. “I made sure everything was about that and us and how we felt when we were there and our relationship with each other, so it proved to be an interesting subject matter.

“There’s something about the studio we recorded it in, it was really different,” Albarn added. “I’ve recorded in a lot of places around the world and every place has its own spirit, so it was really interesting to make that decision it was going to be about Hong Kong. There’s points on the record where I think it really sounds like the stuff that David Bowie did in Berlin. There’s nothing pastoral about it. It’s very much an urban record.”

The news of a secret Blur album is especially surprising considering the ever-prolific Albarn’s own statements about his immediate plans musically. While the singer revealed that he planned on reanimating Gorillaz in 2016 and penning a follow-up to his The Good, The Bad and the Queen project, he told the Sydney Morning Herald last October, “I would imagine there’s some kind of future, but at the moment there’s no time for the future – only the present. Who knows? I’m reluctant to say anything [about Blur], because if I do, it just gets taken out of context and then I’m accused of being a wind-up.” More recently, Jamie Hewlett confirmed plans for a new Gorillaz album by revealing new sketches of the cartoon band members.

After disbanding following the release of Think Tank and then reuniting in 2008, Albarn, Coxon, bassist Alex James and drummer Dave Rowntree recorded a pair of new songs, “The Puritan” and “Under the Westway,” rekindling hopes that the band would eventually make another studio album together. In addition to the new LP announcement, Blur also shared that they will headline London’s British Summer Time Hyde Park festival on June 20th.

When Rolling Stone asked about the possibility of a U.S. tour, Albarn slyly responded, “Maybe. It depends on whether anyone’s interested. If they are, then we’ll probably go. There are ways for them to let us know; very simple traditional ways.”