B.B. King was a lot more than a Gibson guitar and some killer licks. For decades, he was one of the biggest stars of black radio, releasing 75 hit R&B singles between 1951 and 1992. King carried the flag for Memphis blues his entire career, but he also paid attention to popular music as it evolved around him. His best records expanded what blues could be, drawing in the sounds of R&B, soul and funk. King’s voice, and the lacerating solos he played on the guitars he named “Lucille,” were constants, but everything around them changed. These 10 songs, all of them hits in their time, are a taste of the breadth of his art.

It wasn’t B.B. King’s first single — more like his ninth — but this cover version of Lowell Fulson’s “Three O’Clock Blues” that King released in 1951 became his first and biggest hit, topping the R&B charts for five weeks. As crudely recorded as it is (King’s singing and guitar are far louder than everything else), “Three O’Clock Blues” set the template for his career, with the rich, urbane tone of his voice answered after nearly every phrase by a cruelly prickly comment from his guitar, and an arrangement that’s a bit fancier than the backwoods-shack country blues it suggests. There’s even a horn section. 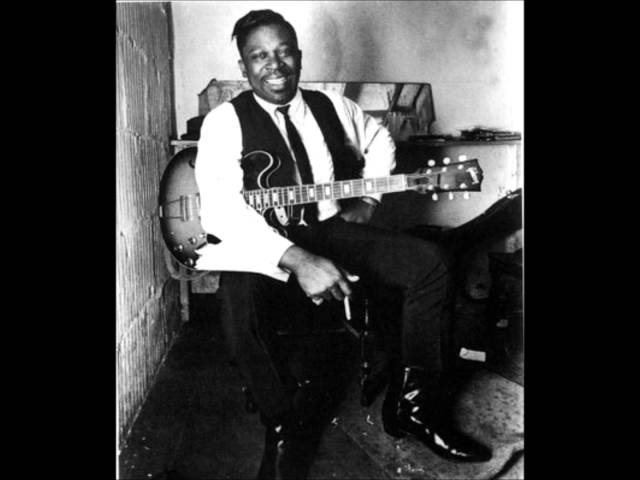 King’s fourth Number One R&B hit lurches into gear with a six-note horn fanfare that drops out to make way for a distinctively looping guitar introduction. Subsequent live versions would streamline this King original into a brisk workout, but the studio version’s unrushed lope suits King’s awestruck profession of good-natured lust made with offhanded charm. And his casual boast about the object of his desire’s measurements — 36-28-44 — attests to the timeless pop-song appeal of big butts. 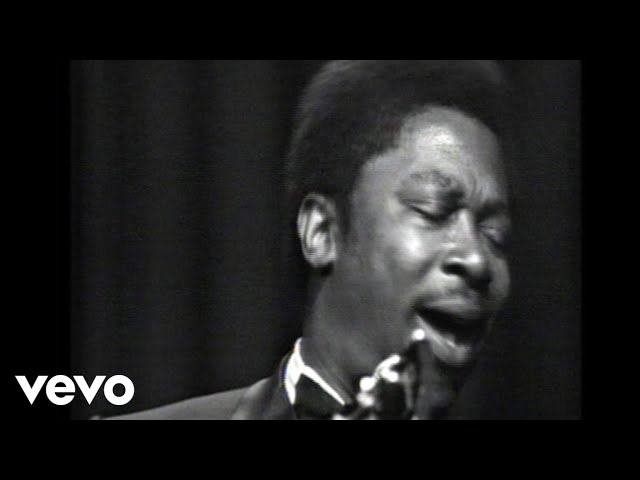 King’s rendition may have been outsold by the rival version recorded that same year by Joe Williams and the Count Basie Orchestra, but by opening his live shows with “Every Day I Have the Blues” well into the Seventies, King became the bluesman with whom the malleable blues standard is most identified to this day. He credited his success with the tune, which originated with the Sparks brothers in the Thirties and achieved its modern form (if not its title) in 1949 with Memphis Slim’s “Nobody Loves Me,” to the “crisp and relaxed” horn charts of arranger Maxwell Davis. 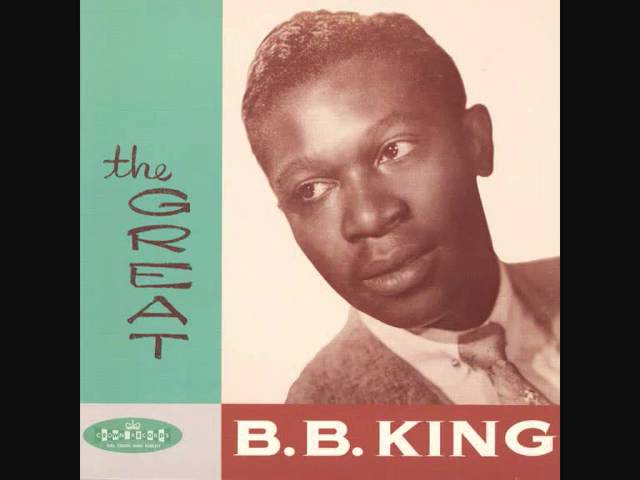 After he began favoring softer pop ballads in the late Fifties in an attempt to broaden his audience, King’s career as an R&B hitmaker stalled — not one of his singles charted in 1959. But he got back to what he did best with “Sweet Sixteen,” a Big Joe Turner number that King stripped of its punchy brass. King echoes each vocal plaint here with a terse guitar commentary, verse after verse building slowly to a fierce simmer that’s all the more powerful because it never boils over into catharsis.

By the mid-Sixties, King had arrived at his mature guitar style, characterized by bursts of sharp, precise phrases subtly inflected with the left-hand vibrato that you can hear showcased on this particularly moody hit. As an organ broods in the background, shifting from one chord to the next like tectonic plates, King howls insistently that his woman stay locked up in their home throughout the day, away from her family. He never reveals the source of his lyrics’ possessive fury. 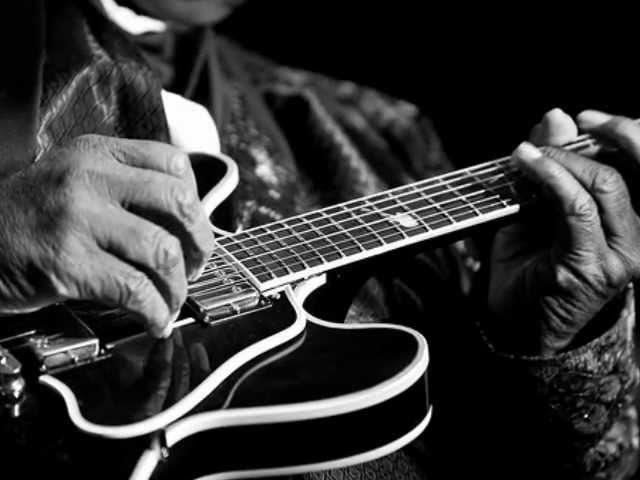 The climax of King’s 1969 album Live & Well — recorded with a studio band including Al Kooper on piano — is an understated but furious catalogue of the indignities of Black American history, from the Middle Passage to urban poverty, with an extra verse in which King (then in his early forties) laments how old he’s getting. It’s also got a more contemporary groove than many of his singles at the time: His old label, Kent Records, which he’d left in 1962, continued to score hits with their stockpile of his recordings as late as 1971. 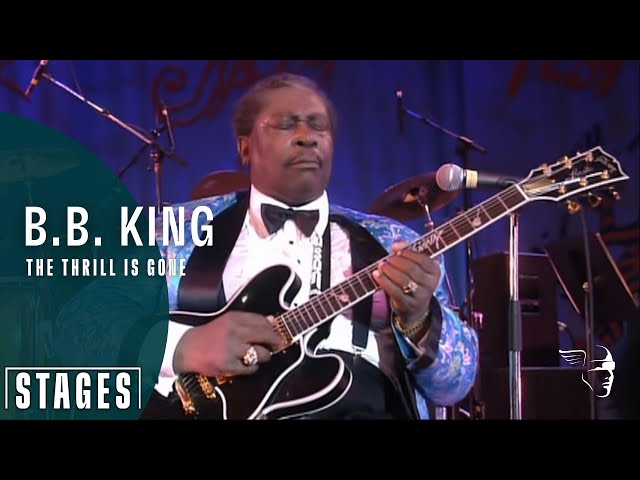 King’s biggest pop hit drastically reworked Roy Hawkins’ 1951 original recording, edging the plaint of a wronged man past heartbroken rage toward a vengeful chill. As produced by Bill Szymczyk, who would soon work with the Eagles on their biggest Seventies records, the groove is sleek and controlled and the strings restrained enough to add drama and tension, as well as a low-end melodic counterpoint. King’s guitar work is at its most wide-ranging — he pinches notes with an icy dismissive precision, then expands lyrically into subtle variations on the vocal melody.

After the success of “The Thrill Is Gone,” King started experimenting more frequently with pop- and rock-inspired arrangements. The most successful of the six singles released from 1970’s crossover hit Indianola Mississipi Seeds is a slow, regretful song whose most distinctive bluer-than-blue phrase came from a mistake. King, he later explained, “hit the wrong note and worked my way out of it. . .We got the arranger to have the strings follow it.” The haunting electric piano riff that underscores the song is played by none other than Carole King.

Stevie Wonder and Syreeta Wright co-wrote the slow-building, eight-and-a-half-minute title track of King’s 1973 album, on which he was backed up by the Philadelphia-based studio musicians — including drummer Earl Young and guitarist Norman Harris — who were beginning to create the sound of disco. The bubbling funk that resulted was far from the straight-ahead blues King was (mostly) still playing on stage, but it stretched his art much further in the direction that “The Thrill Is Gone” had opened up, and even got him onto Soul Train. 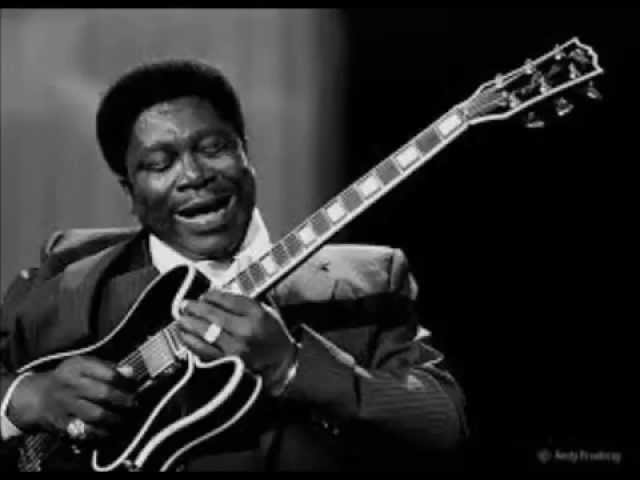 Jazz-fusion band the Crusaders backed King up for his 1978 album Midnight Believer. Adapted from an instrumental that the Crusaders had recorded years earlier as “Greasy Spoon,” “Never Make a Move Too Soon” was modernized with a sly, precise lyric about relationship strategies and a souped-up, party-time arrangement that recalls Marvin Gaye’s “Got to Give It Up.” It became a Top 20 R&B hit and a bit of a standard, covered by everyone from Bonnie Raitt to Toni Tennille. King later re-recorded it as a duet with Roger Daltrey.