Adele‘s music may be largely serious and earnest but the singer knows how to let loose, have a good time and make her fans laugh. From staged pranks to off-the-cuff television or live appearances, she is game for anything and doesn’t mind a bit of self-deprecation along the way. Here are some of Adele’s funniest moments.

While giving a nod to Lionel Richie, another “Hello” singer, by singing his hit “All Night Long” at the O2 Arena in early 2016, Adele got a little rowdy and began twerking on stage for the packed venue. The singer has many talents, but the raunchy dance is not one of them – but she encouraged a few laughs at her own expense. “I can’t do it that well. My whole body has to move,” she explained. “My bum could break my back, it’s so enormous.”

For how gut-wrenchingly emotional Adele’s songs are, the singer is quite the fan of an elaborate prank and her best partner-in-crime is the legendary prankster of daytime television, Ellen DeGeneres. After an assistant went into a Jamba Juice before Adele entered and warned the employees of how picky she can be, DeGeneres then fed dialogue and instructions to Adele through an earpiece, helping make her interaction with the extremely patient employees of the smoothie stand as absurd as possible. Adele was game for anything, even chopping off some wheatgrass from behind the counter and eating it raw and taking a swig from a tiny bottle of Amaretto. 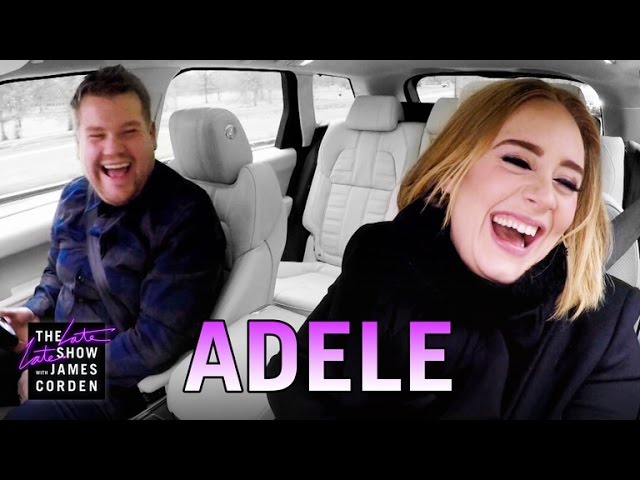 Each “Carpool Karaoke” James Corden features on his late-night show is a fun, weird glimpse at musicians and various celebrities singing along to their favourite (as well as their own) tunes. Adele had a blast with the host while driving through London as they harmonised on some of her hits, with Corden gleefully adding lower harmonies and offering to be her hype man for songs like “Rolling in the Deep.” She was most off-the-cuff, however, when singing — and rapping — along to some of her favourite artists. She gave a taste of her long-standing Spice Girls fandom while gleefully dancing to “Wannabe” and showed off her admirable rapping skills while doing an unleashed rendition of Nicki Minaj’s famous verse from Kanye West’s “Monster.” 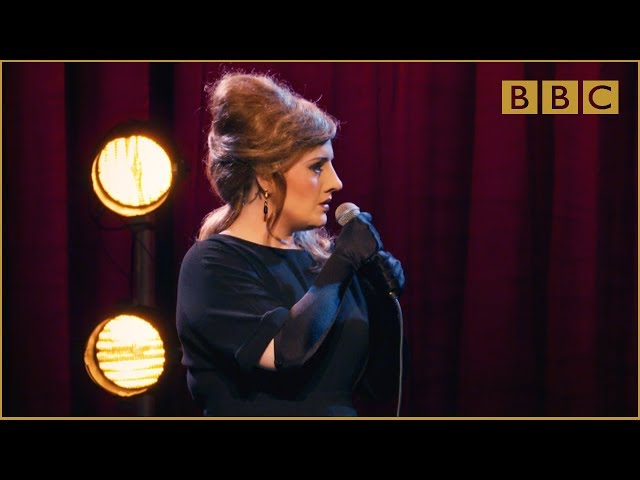 Sporting a full prosthetic face, Adele was all in as she showed up to an audition for Adele impersonators that Irish TV personality Graham Norton put her up to. She became the soft-spoken Jenny the Nanny and bonded with the other impersonators backstage. The prank was as sweet as it was funny to see Adele transform into Jenny, especially as she lovingly watched the other performers pay tribute to her, show support for one another and kindly welcome Jenny into the fold. Even when Jenny feigned illness related to her nervousness for taking the stage, the other girls showed genuine concern instead of relishing in a competitor’s potential impediment. When she finally took the stage, it was Adele’s voice that broke the character. As the other impersonators realised that the real Adele had been among them the whole time, they couldn’t hold back unbridled moments of shock and joy to the point of tears as their hero gave an intimate performance of “Make You Feel My Love.”

Getting Drunk on ‘Graham Norton Show’ 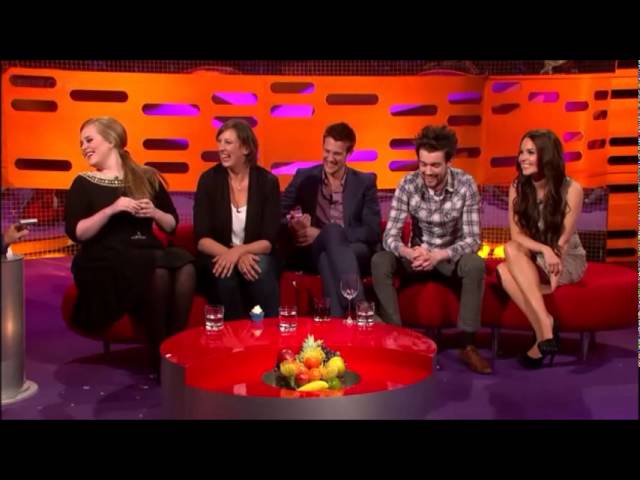 During a 2011 appearance on The Graham Norton Show not too long after releasing 21, Adele let loose and got a little wine-drunk with the host and other guests. She chucked a man off a chair because his story was boring, told a tale of peeing next to Jennifer Aniston and wanting to call the actress “Rachel” and revealed a moment when she flashed an entire bus of people when her unfastened dress blew up on a windy day.

Flips Off ‘Suits’ at Brit Awards

After being presented with British Album of the Year by George Michael at the Brit Awards, Adele’s speech was cut short because of the show going over time. Host James Corden personally went on stage to apologise and pull Adele off the stage so Blur could perform as the audience booed, but not before the sassy star flipped two birds while walking off – which she later dedicated to the “suits” who run the show.

Thought Man Who Signed Her Was a ‘Pervert’ 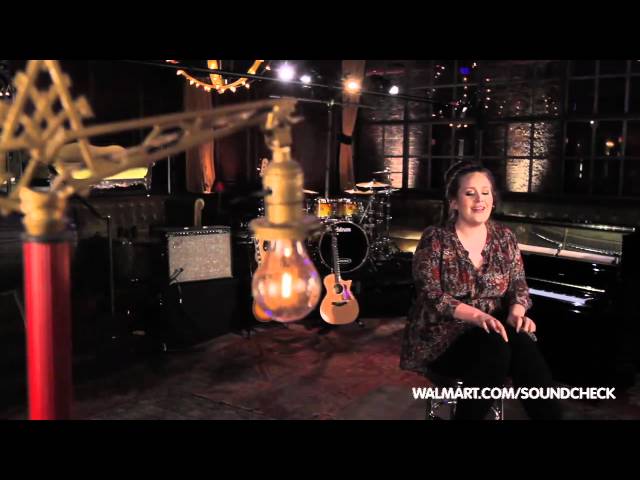 When a young artist recalls how they got signed to a major label, it’s usually told with a certain amount of reverence and recognition that it was the exact moment everything changed. Not Adele, who told the story for the Walmart Soundcheck series. According to her, a friend had posted her demos on MySpace which led to a few emails from a man she thought was a “pervert.” Later she realised that her instincts were mistaken and that he was “not a pervert,” which led to her deal and debut album 19. 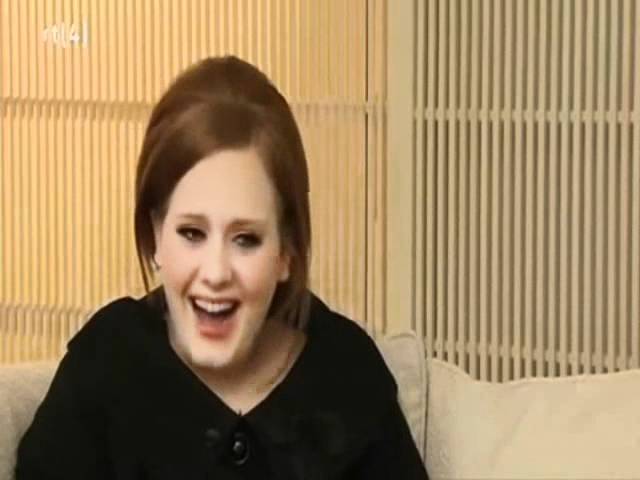 Adele is naturally funny, but her laugh takes all of jokes and best interview moments to the next level. The singer has a distinctly loud cackle that accents all of her reactions and serves as the best exclamation point at the end of any of her punchlines – cracking us up in the process.

Forgets Lyrics to ‘Million Years Ago’ 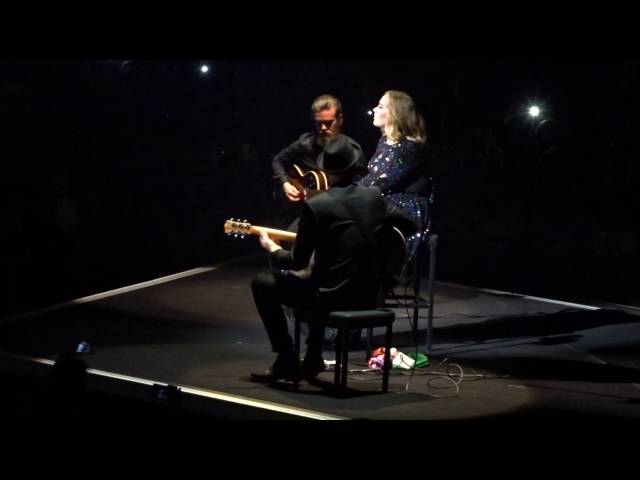 In the middle of performing “A Million Years Ago,” Adele experienced a minor brain fart, forgetting the lyrics to her new song. The singer took it in stride, noting it quickly with an exclamatory “Shit, I forgot the words! Shit, shit shit!” before letting out a boisterous cackle into her microphone as the venue erupted in laughter and applause. 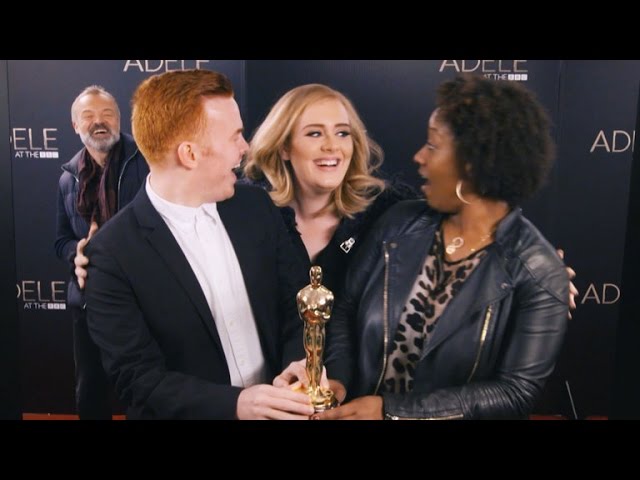 With help from Graham Norton for Entertainment Tonight, Adele surprised fans who were posing with Adele’s Oscar statue. The British duo jumped behind the fans quietly with props and weird faces to photobomb all their special photos with the item as none of the fans realised the pair were directly behind them. But they didn’t just let all the participants leave without knowing: After the photo was taken, the photographer informed the shocked fans and, luckily, they then got to meet the singer for real.