Here’s a weird thing about the music business as 2016 kicks into gear: It isn’t going too badly. While traditional CD sales and downloads are down, Spotify, Apple Music and the other streaming services are growing quickly, to the point that even skeptical artists like Taylor Swift and Radiohead’s Thom Yorke will soon have no choice but to contend with them. And even if you think streaming “just gives off a fume” and “you can just smell that something’s wrong with it,” as Joanna Newsom recently said, well, the traditional record business came roaring back in November, as Adele broke all sales records with 25.

Of course, terrible events overwhelmed music by year’s end, as terrorists stormed Paris and devastated an Eagles of Death Metal show at the Bataclan concert hall, killing 89 people there who’d done nothing but showed up to see a band they liked. It’s too early to say how this will impact music and the music business, but U2’s poignant shows recently suggested Parisians, and music lovers everywhere, will be resilient. In 2016, here’s hoping nothing like this ever happens again. And maybe some of the good times continue. And maybe some of this will come true:

1. Paris will get bigger concerts than ever
Many artists will want to play there to show support for the community and prove Eagles of Death Metal didn’t play the last note of rock and roll. Although tickets for Paris concerts fell 80 percent after the terrorist attacks in November, U2’s uplifting December performance, including emotional guest appearances by EODM and Patti Smith, is likely to reopen the door. As EODM’s frontman, Jesse Hughes, said in an interview: “Our friends went to see rock and roll and died. I want to go back there and live.”

2. The festival drug debate will continue to come to a head
After three suspected drug overdoses so far at summer music festivals around Australia, New South Wales Premier, Mike Baird, this week vowed to close down festival organisers who were unable to curb drug use at their events. Those on the other side of the argument have been critical of the current regulatory approach of Police sniffer dogs and possession arrests, calling on temporary labs to be set-up at festivals for pill testing procedures, an approach similar to what other countries have already introduced. Emergency physician Dr David Caldicott is one of the biggest advocates for this approach, telling Huffington Post last week that he doesn’t “give a shit about the morality or philosophy of drug use. All I care about it is people staying alive”.

3. Festivals go boutique
With the Big Day Out now just a distant memory, Soundwave recently pulling the pin on it’s 2016 plans and even hipper-than-now Laneway Festival bucking it’s usual immediate sell-out trend, it would appear as though either the current Australian music festival market has become far too fragmented or our thirst for festivals is beginning to dry up. Either way, we predict smaller, more specialised events will continue to pop-up throughout 2016. The only question being, how many will survive past the first year?

4. Spotify will finally cave on freemium
Taylor Swift is the biggest of many artists who’ve demanded the right to decide whether their releases appear on Spotify’s $12-a-month Premium service or its free, ad-supported service. Spotify has rejected all such demands — free is a crucial reason for how the service has built up to 75 million worldwide users. But in Coldplay’s recent talks with Spotify about releasing their new album A Head Full of Dreams, the service reportedly was receptive to making it available only on Premium, at least for a while. That discussion could be the beginning.

5. Apple Music will improve
When Apple launched its on-demand music-streaming service in the fall, fans complained bitterly about technical glitches, like one in which the iCloud Music Library overrode data in their existing iTunes libraries. Apple has fixed many such issues, but the service remains confusing (searching playlists in the “For You” section is surprisingly cumbersome) compared to something as simplistic as rival Spotify or, say, the iTunes Music Store. But Apple has a reputation for overhauling wonky services — remember, the iPod didn’t truly catch on for two years, until it seamlessly synced with iTunes.

6. Rihanna will reclaim the pop crown
Following an aggressive pre-Xmas marketing push, momentum on the long-awaited new Rihanna album, Anti, has once again haltered. We’re still without an official release date or tracklisting, although all three of the 2015 lead-up singles — “FourFiveSeconds”, “Bitch Better Have My Money” and “American Oxygen” — as well as collaborations with Florence and the Machine and Young Thug are all rumoured to have made the final cut. Regardless, the Anti World Tour (commencing February) is reportedly selling well, proving the world is well and truly ready for pop queen’s return.

7. The Who will celebrate the 50th anniversary of “My Generation” by playing “My Generation,” a song that did not die before it got old
And because The Who didn’t get a chance to play it in North America this year due to singer Roger Daltrey’s virus, you can expect the rock-era chestnut to roll out in rescheduled shows next year.

8. Janet Jackson will poignantly cover a Michael Jackson song at the O2 Arena in March
When her older brother, Michael, was still alive, Janet occasionally competed with him in the Nineties for pop-star dominance, although she never stopped telling the world about his influence. Her latest album, this year’s Unbreakable, is a King of Pop homage right down to the voice, and it’s hard to imagine Janet completing her March 31st O2 performance without recognizing him in some way. The O2, of course, is where MJ would have made his triumphant concert comeback on the This Is It tour had he not succumbed to a propofol-induced heart attack in 2009. It’s not the sort of thing Miss Janet normally does, but perhaps she’ll make an exception — “Dangerous,” anybody?

9. Violent Soho will usher in (another) Aussie rock revival
Steady touring over the past few years as earned the Brisbane grunge-inspired larakins their reputation as one of the country’s best live bands, as well as a cult-like legion of fans. With a recent national run of club shows selling out in a matter minutes, the stage appears to be set for Violent Soho to lead an exciting new era of Aussie rock. Their as-yet-untitled new album is due the first half of 2016, with lead single “Like Soda” suggesting that success hasn’t dulled any of the blistering dynamo that made their 2013 breakthrough Hungry Ghost such a runaway success. 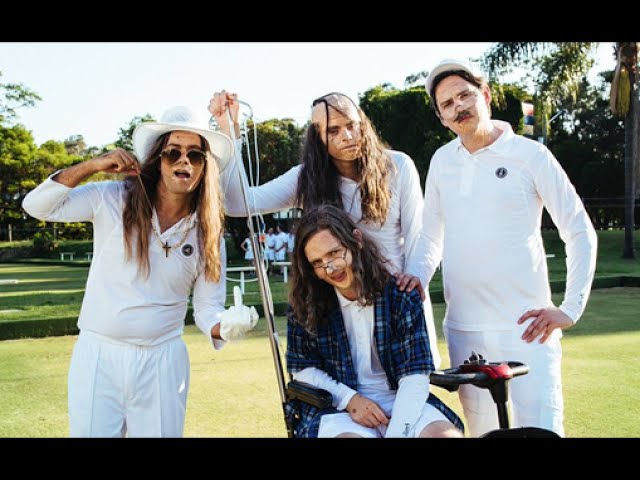 10. Holograms will bust
Hologram USA, a company that specialises in illusions to make it seem like dead rock stars are appearing live onstage, has signed deals with the estates of Whitney Houston and comedians Redd Foxx and Andy Kaufman, and has rights for Buddy Holly and Patsy Cline, for 2016 tours and beyond. But no dates are set, and the company and its rival are tied up in patent litigation. As much as we’d love to see holograms finally begin to pop up at Australian events, they seem more a novelty than a trend.