Briggs and Trials are hilarious. And blunt. The two Indigenous men, rappers and long-time friends — aka Adam Briggs and Daniel Rankine — have recently channelled those pillars into fodder for their explosive duo A.B. Original.

In person the pair make thoroughly engaging conversationalists. That’s as much for the expansive range of topics they cover in a recent Saturday morning sit-down with Rolling Stone – topics like growing up in small-town Indigenous communities; chasing their recording dreams to L.A.; trying to “stress” each other out with the blunt topics of their new album, Reclaim Australia — as it is their humour. As Briggs succinctly says of their friendship at one point: “We’re both family-oriented, community-minded individuals, who like to tell people to go fuck themselves.”

Here’s 12 things we couldn’t quite fit in our forthcoming feature in issue #782 (January, 2017), which will be available from Thursday, December 1st.

Before Briggs Rapped, He Played Guitar
“I played guitar when I was a kid because my uncles played guitar,” says Briggs. “That’s how I knew how to make music. I didn’t make beats. I didn’t know how to. There was no internet and no one could tell me. My cousins didn’t know about turntables and sequencers and things like that. ‘How do they make those tracks?’ ‘Shut up Adam, they’re just mad.’ Now I’m teaching them. Now they’re teaching themselves. I never knew how to make rap music and as soon as I did, I did.”

The ‘Wrong Side of the Tracks’ Was Close
“Growing up in our communities, the wrong turn was literally across the tracks,” says Briggs, who grew up in Shepparton, Victoria. “All you gotta do is decide, ‘I’m not going to school today, fuck it.’ And it’s there. I remember being a kid, 9-10 years old, and my cousins and stuff already having weed and doing burgs, stealing cars. We weren’t even in high-school yet. I’d normalised it. ‘Oh that’s just how you grow up.’ Turns out that’s not how everyone grows up. For me that was pretty normal. Now I’ve got a daughter, I think, ‘Man I don’t want her to be nine years old and seeing people pull bongs.'”

Archie Roach’s Blessing Was Paramount
Archie Roach opens Reclaim Australia with a reflection on the album, saying at one point it, “gets your blood up.” That was a big deal to the pair.

“I never had more anxiety playing it to anyone than when Archie heard it,” says Trials. “That’s when I was sitting at home going, ‘Oh shit, what have we done.'”

“For us that’s a tip of the hat,” says Briggs. “It’s us standing behind our uncle saying, ‘Well he likes it. You can’t say anything about it.’ It would be easy for him to say, ‘Oh you swear too much.’ He didn’t. He heard the message behind it all. For us that means we did the right thing. You want that kind of acknowledgement and validation from someone like him, who did it way before us. He’s the reason we can even get a look in in a lot of ways, because he done it first. He was making it acceptable for blackfellas to have stories. He was our rock star.”

Tupac Shakur Helped Their Storytelling, Too
“All my first raps were about shooting people in the face,” says Briggs. “Just trying to copy Ice-T, rapping about selling drugs when you don’t have drugs to sell.”

“But then you listen to someone like 2Pac,” says Trials, “who was a rebellious Black Panther aficionado and had songs like ‘Dear Mama’. That’s where the thug poet thing came in. You were like, ‘OK there’s a flipside here – you can be poetic when you’re writing rap.’

Briggs: “He used words I’d never heard before, when I was eight years old. Like “affiliated”, and “adversaries”, and “deceased”. So you go to school and you tell your “adversary” you want him “deceased”. But you learn the rules of the rhyme scheme. Then you move on to Raekwon and Ghostface, where it’s like, ‘What the fuck?’ It’s like moving from impressionist painting to abstract, they’re using their words to paint a different picture. Then you go down the U.S. south and it’s a story, they repeat the hooks, it’s almost like blues. When you’re a rap nerd, or just a nerd in general, that’s really intriguing. To see how the words work.” 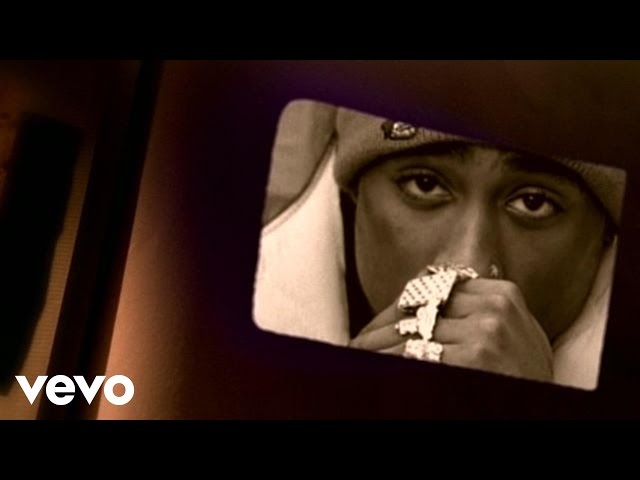 Why They Say ‘Fuck Your House’
“The mantra of our album is drawn from protest,” says Briggs. “It’s a long time coming for Indigenous music and Australian music in general. The Australian audience is so used to a palatable, reminiscent mournful blackfella, that when we come along and say, ‘Fuck you, eat a dick,’ it’s a real problem. They like us to be like, ‘Oh we’ve come so far, our people are so strong.’ So when we say, ‘No shit, fuck you,’ it’s difficult for them to swallow. They’re not used to that guy. That’s not how blackfellas act, If you wanna be a good blackfella you’re gonna be nice, speak well, dress appropriately, then you’ll be allowed in the house. That’s why we say, ‘Fuck your house. We’re gonna build our own house on our own street and we’re gonna build this compound and allow other fellas to have dreams and desires as well. And they’ll understand their dreams and desires and worth is as good as anyone’s.”

You Don’t Have To Agree To Get It
“Not everyone is going to share our point of view, but everyone can share our passion,” says Briggs. “That’s the difference. People aren’t going to necessarily agree with what we’re saying maybe, even on our Indigenous side. People might not agree with everything, but I don’t think they’d counter with, ‘They shouldn’t be saying that.’ This wasn’t a comfortable record to make. We could just go and do party tracks and dumb shit and put that out. But what the fuck is that? That’s boring. That serves nobody. If we did that record and died tomorrow and all we have is twelve tracks about longnecks, who do we help?”

The Most Alarming Thing On The Album Is Fact
“Probably the most extreme thing on the record, if you think about it, is the track “Dead in a Minute”, says Briggs. “It’s about the fact [Indigenous people] die 20-something years before the rest of Australia. So let’s write a song about dying the next day. What would you do? That’s why it’s like, ‘Throw me the keys to the Lambo.’ I don’t have a Lambo. I’ve got a Toyota with a scratch on the side. But that’s the real extreme. The tabloid extreme is saying, ‘Fuck the police.’ But that’s easy. We do say fuck the police and call them pigs and whatever, but it’s like, ‘Is that extreme is it? Does that hurt your feelings?’ Well take a song like “Dead in a Minute” about how we’re dying 20 years junior to everyone else. Oh that’s not extreme?” 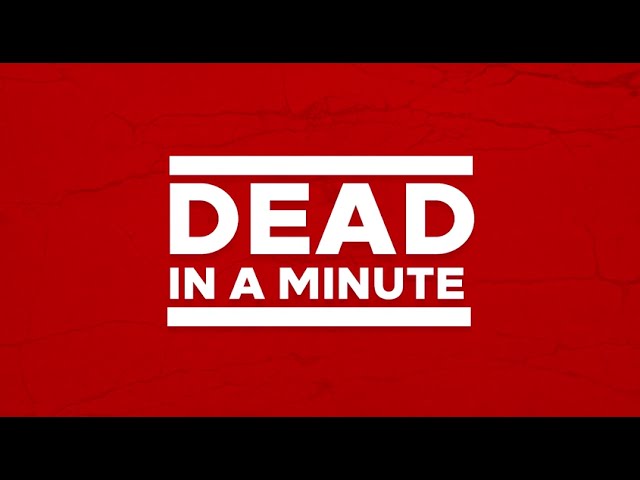 Dealing With Online Trolls Is All About Moderation
“It’s tiring like anything is tiring,” says Briggs. “The trick is to pace yourself. You don’t respond to everyone of them. I only respond to trolls and rednecks if I think it’s funny enough. Or if I’m just going to air them out real good. I think growing up, [dealing with people like that] is what you learn to carry. It’s just another aspect of social interaction. Some dudes might be nervous around girls and that’s what they deal with. Yeah, well we deal with talking to rednecks. ‘You don’t think I’m clever? Well I’m never buying your CD again!’ Well I’m gonna ring [A.B. Original’s record label] Golden Era and tell ’em only to press 9,999 copies ’cause this cocksucker from Dubbo isn’t buying my shit.”

Touring Arenas With Hilltop Hoods This Year Was Fun
“As much as this is a protest record, we want the people on our side,” says Briggs. “You want to be on the right side of the good fight. When we go out there and say “too black too strong,” we’re saying, ‘Come with us!’ We’re not saying, ‘WE are too black too strong, you are whatever you are – you ambiguous race,’ We’re saying, ‘Nah, come with us, let’s do this. We can do it’. And in that 20 minutes before the [Hilltop] Hoods, we had a ball. We let ’em in, they let us in at the same time. Just all of us in the moment. Our music has a history but it’s your history as well. Embrace it. Being inclusive and being endearing. Everyone come to the party. Let’s do it right. They’re wearing our t-shirt, it’s got our faces on it, it says A.B. Original on the back. Kudos to them for having the guts to wear a t-shirt that would only maybe fly at Woodford Folk Festival.”

Some Key Aussies Were Involved Behind-the-Scenes on the Album
“We finished a first draft of the record in Australia,” says Trials. “We worked a lot with Disaster from Perth, easily one of our favourite producers in the country. So we were like, ‘OK we’ve pretty much done what we can do here. Let’s go over to L.A. and dip our feet in the water where it was inspired from sonically and see what we can do.’ And we wrote and recorded ‘Dead In A Minute’ there. Katie Baker from Sietta was there with us, James Mangohig from Sietta was there, he engineered the whole song. We did the whole song in one session, rapped it. And that was a trip, that we were all there on the same side of the planet at the same time, writing a same-minded song.”

They Feed Success Back Into Their Communities
“Anytime we get anything that’s remotely a win that we can share with our community, we do,” says Trials. “I’m going back home to Murray Bridge [in South Australia, where Trials was born] next week to talk to a bunch of Year 6 and Year 7s, saying, ‘The next part of your life isn’t as scary as it seems. You’ve got options, don’t let anyone tell you what you gotta do. There’s ways out, there’s ways to stay where you are and enrich the surroundings.’ I do that as much as I can. I do workshops out there. Everytime we get a win were always like, ‘How do we funnel that back home?’ Always. To the point where we want to do launch shows in our communities, take our record out there and have a good arse time.’

Being a Leader Comes From Example
“[My community] never told me I had to be great,” says Briggs. “I don’t think leaders do that. Leaders just lead, and set examples. That’s how they let you know. Being a leader is about letting people know they’re worthy. That’s what we’re trying to do with this kind of record. We’re saying in our way, ‘This industry is for all of us. This isn’t just for some people, this is for all of us.'”

Trials agrees. “That’s a tough message to convey when you’re growing up,” he says. “When you’re hearing from every angle that you’re worthless. ‘This is not for you. And if it is for you then you better change the way you speak before you come into our house.’ And it’s like, ‘Alright, we’re not going to do that. We’re going to get a bunch of dudes and speak real loud out here until you meet us.'”