Last Saturday, Chase Rice played a concert in Petros, Tennessee, for nearly 1,000 smiling fans. You could tell they were smiling because virtually none of them were wearing masks.

Photos and videos of the gig showing concertgoers packed in tight by the stage — some of them shared by Rice himself — went viral over the weekend. “We back,” Rice wrote over an Instagram video of fans cheering and potentially spewing COVID-19 droplets into the air at the Brushy Mountain State Penitentiary, a historic site and concert venue about three hours east of Nashville.

On the same night — 2,000 miles away at the Hwy 30 Music Fest in Filer, Idaho —  Chris Janson was performing his own concert without apparent social-distancing precautions. The “Buy Me a Boat” singer — who called for the economy to reopen in April with the song “Put Me Back to Work” (sample lyric: “Open up the doors and fill the seats”) — was headlining the final night of the three-day festival.

By Monday morning, both artists were criticized for performing concerts with a live audience during a worldwide health crisis and putting thousands of fans at risk: Rice’s concert sold 954 tickets; the Hwy 30 Music Fest limited attendance to 2,000. In a seismic shift in Nashville’s “Let’s all be friends” image, even some of Rice’s and Janson’s fellow artists took them to task, including Jason Isbell, Mickey Guyton (“Jesus help us”), Will Hoge (“Y’all should be embarrassed”), and Kelsea Ballerini, the latter deriding Rice as “selfish.”

Not all country performers felt the same way. “I Met a Girl” singer William Michael Morgan voiced his support for Rice in a since-deleted tweet, and Jake Owen scolded his peers for their harsh reactions in another tweet that has since disappeared. “It’s amazing how many country artists, songwriters, and media outlets are quick to throw shade at our own people. Sad, really,” he said.

Maren Morris disagreed with Owen, amplifying the consensus of many in Nashville. “I love you but it is perfectly okay to hold ‘our own’ people accountable for a poor decision that will keep us all out of work even longer,” she tweeted at him on Tuesday. “I know you care about your band, crew, and fans. I’m not canceling anyone; I am respectfully wondering why they would screw us all over.”

Rice addressed the backlash on Monday afternoon on Instagram. “I took a video of the concert, everybody had a blast, but then once I posted the video, a lot of people seeing that online had a big problem with how the show looked.… I understand there’s a lot of varying opinions, a lot of different opinions on COVID-19, how it works with live music crowds and what all that looks like,” Rice said, pledging to prioritize fan safety at future concerts. “The safer we are now, the quicker we get to actual normal live shows.”

Reps for both Rice and Janson tell Rolling Stone the artists performed with assurances from the respective venues that safety protocols would be met. At Brushy Mountain, where Rice performed, that meant reducing capacity, checking temperatures, distributing hand sanitizer, and asking employees and vendors to wear masks.

“The venue assured us they would follow all state health regulations and guidelines,” Eddie Kloesel, Rice’s manager at Triple 8 Management, tells Rolling Stone. “It’s not our place to second guess the venue in the middle of a concert. What we can do, and what we are doing going forward, is to clarify our procedure so that we directly ask our fans to follow guidelines and to avoid congregating and to wear masks when appropriate.”

Bill Christian, a rep for the Tennessee Department of Health, tells Rolling Stone that the department was unaware that the show would be happening. “Neither our Morgan County Health Department nor our East Regional Health Office was contacted about this event prior to the concert,” Christian says in an email.

“Concerts and gatherings where people are shoulder-to-shoulder present a higher risk for those who attend. That’s why there are restrictions on these gatherings in the current phase of the Nashville Roadmap for Re-opening Plan,” Dr. Alex Jahangir, the chair of the Nashville COVID-19 task force and Nashville health board chair, tells Rolling Stone. “It is imperative that everyone wear a face covering, practice social distancing and wash their hands regularly if they go out. And we are seeing that many in the under-40 age group are not doing this.” Jahangir notes that half of the latest cases nationwide and more than 60 percent of cases in Nashville are from people under 40. 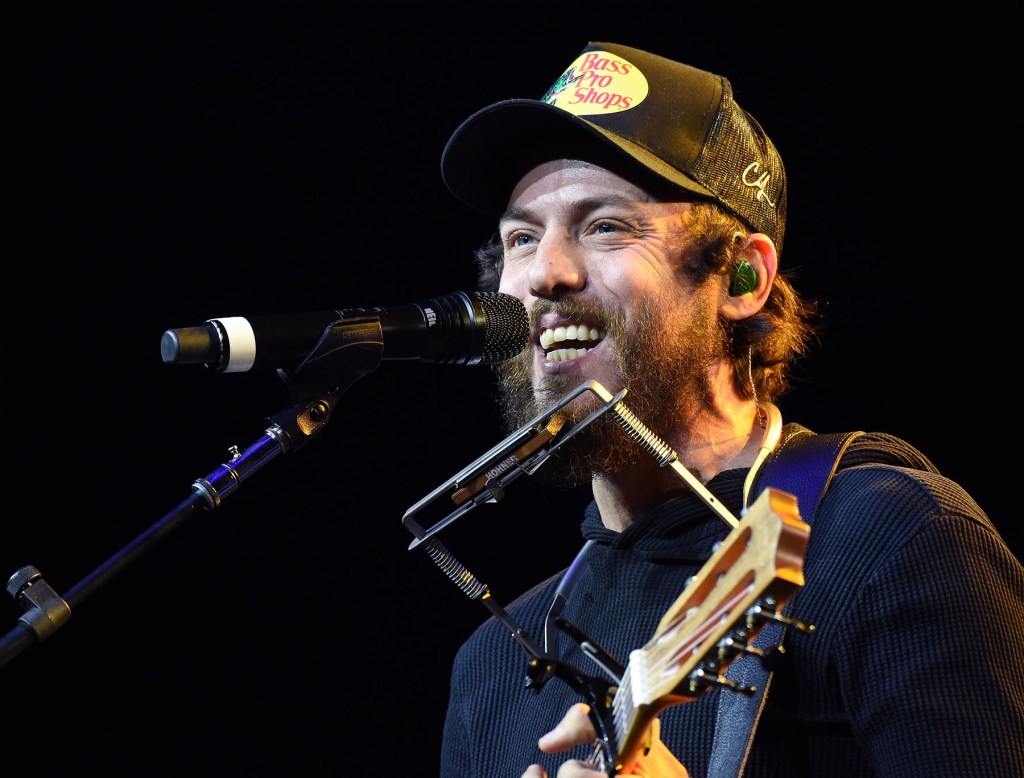 A spokesperson at Janson’s label, Warner Music Nashville, claims the singer was contractually obligated to perform: “Chris was one of two dozen performers to fulfill a contractual obligation after being told that last weekend’s event would adhere to all safety and social-distancing protocols, as has been confirmed by the festival in its statement below: The Hwy 30 Music Fest in Filer, ID, assured all performers and concert attendees they were safe and following all local guidelines.”

Gordy Schroeder, the promoter of Hwy 30, says he told artists who may be worried about health and safety that they didn’t have to perform. “If you guys don’t want to play, no harm no foul,” he tells Rolling Stone. A handful of festival performers did drop out before the weekend, including Kody West and Friday’s headliner, the Texas country artist Koe Wetzel, who had concerns that one of his crew may have contracted the virus.

“Without being able to ensure we had a negative COVID test, I was unwilling to allow them to continue on to the festival for fear of passing along anything to the rest of the fans, artists, and working crew that were there that night, as well as those that would be on site for the Saturday lineup,” Wetzel’s manager Jeb Hurt tells Rolling Stone in an email.

At Hwy 30, now in its seventh year, Schroeder worked closely with local health officials and took care to accommodate artist requests around safety, including reducing festival attendance by more than 50 percent, requiring attendees to use hand sanitizer on the way into the festival grounds, and offering free masks and gloves to anyone who wanted to make use of them. “Our local health department passed everything,” Schroeder says. “We did more than anybody asked.”

“We gave everybody the opportunity, and they stayed safe. They chose to come up during Chris and live,” —Hwy 30 Music Fest promoter Gordy Schroeder

A spokesperson for Idaho’s South Central Public Health District says they were aware of the festival a short time before it was held, but stressed that event organizers do not need permission, nor are they required to communicate with health officials, “even during a pandemic.”

“This festival did not send us their plans or ask for any assistance reviewing them, so our knowledge is limited to the plans they announced to the public,” the state’s public-information officer Brianna Bodily writes in an email. “In Idaho, public-health district’s role is to educate and investigate disease. We do not have any authority to demand plans, demand participation and compliance with our guidelines, or to shut down events that are not in compliance. Our only option is to continue to urge residents to take responsible action to protect their community.”

According to Schroeder, attendees spread out around the festival grounds to maintain safe distances during the day, but once Janson began his closing set, there was nothing to prevent crowding near the stage. “We gave everybody the opportunity, and they stayed safe. They chose to come up during Chris and live,” he says.

Relative to other states, Idaho has had a low number of COVID-19 infections. As of press time, the state’s cumulative case total is 5,770, with 91 deaths statewide. In recent days, however, there has been a spike in new cases. As a result, Idaho remains at Stage 4 of reopening, which essentially permits businesses to be fully open but recommends people keep six feet of distance from one another and wear facial coverings.

Rice and Janson weren’t the only country artists on a stage this past weekend. Jon Pardi, Lanco, Jimmie Allen, and Jamey Johnson all played a weekend series at Walnut Hill Farm in Dalton, Georgia, where fans were confined to their own individual outdoor “suites,” complete with food, drinks, and their own portable toilet. As opposed to those at the Rice and Janson shows, by all accounts, fans in Dalton appeared to have practiced social distancing and taken extra precautions at the festival.

Kasey Carpenter, a member of Georgia’s House of Representatives and the owner of Walnut Hill Farm, estimates Saturday’s Pardi performance drew 500 people, while Friday’s concert with Lanco and Allen, and Sunday’s show with Johnson each drew 350.

“The last thing I wanted to do is something that would hurt the state and hurt music moving forward,” Carpenter says. “I’m a firm believer that there’s some personal responsibility, but at the same time it’s not always about you, and it can affect other people. I know everybody wants to get back to 100 percent normal, but it ain’t time yet. We still need to be smarter about what we are doing. It’s not just you, it’s hundreds of thousands of other musicians that want to make a living.”

Adam Odor, the Texas-based manager of the band Mike and the Moonpies, echoes the concerns of many music insiders who feel it’s simply too soon to play concerts.

“From the manager and producer of a band that consistently plays over 200 dates a year crisscrossing the United States and had two European tours and a one-off festival booked for 2020, do you know how hard it was to pull the trigger and not only cancel shows and tours, but to say ‘no’ to these venues that tried to get us to play a quick set here and there, ‘promising’ safety and forcing social distancing?” Odor tells Rolling Stone. “If any band wants to be out on the road, it’s us. But not for risking our fans and their families or ourselves and our families.”

In July, Nashville will host its first major country concerts with three days of drive-in shows by Pardi, Darius Rucker, and Brad Paisley as part of a new Live Nation series. Meanwhile, traditional venues like the Ryman Auditorium remain closed to concerts as COVID-19 cases increase around Tennessee. The state currently has 42,297 total cases, with 2,125 new infections added on Monday. In rural Morgan County, where Rice performed on Saturday, there have been only 23 confirmed cases.

Rice’s management says they’ll ask fans to take more of a responsibility going forward, highlighting the singer’s own comment Monday night that they “go by the rules.” “We plan to have more live concerts, but with changes in place,” Triple 8’s Kloesel says. “For example, being very direct with the fans about asking them to space themselves out, both throughout the venue and if they approach the stage, and to wear masks when congregating.”

In light of the uproar over Rice’s concert, Brian May, VP of the Brushy Mountain Group, which oversees the venue where Rice performed, said that they are “re-evaluating the series from the top to bottom — from implementing further safety measures, to adding stanchions, to converting the space to drive-in style concerts, to postponing shows.”

One such show has already been canceled. Kip Moore was slated to play Brushy Mountain on August 1st, but a spokesperson for the country singer now says that won’t be happening.