There was Dan O’Conor, the Great Lake Jumper, who leapt into Lake Michigan 365 days in a row, a ritual that supported CIVL and whose story landed on the cover of The New York Times. There was Jeff Tweedy’s son Spencer, who gathered a list of GoFundMe campaigns that support furloughed service-industry staff into one streamlined website, which grew into the hundreds as the pandemic wore on. There was a virtual festival benefit featuring classic concerts from Smashing Pumpkins, Fall Out Boy, Local H and more artists filmed at storied venue Metro and JBTV Studios. There was CIVL itself, a precursor to NIVA, launching CIVL SAVE Emergency Relief Fund to aid furloughed staff, local artists and venues. And there was Langford and his collaborators’ interpretation of Waits’ Closing Time that pulled together some of Chicago’s most revered musicians.

Jeff Tweedy, Andrew Bird, Robbie Fulks, Sally Timms, Janet Bean, and Spencer Tweedy are among the artists that appear on the album. The concept of covering Waits’ 1973 debut Closing Time LP was the brainchild of Virtue Cider founder Gregory Hall, who sponsored the record. He approached Langford with the idea.

“All the songs on the album are very much about the nightlife, and the night, and people coming together, or people being alone,” Waco Brothers and Mekons’ Langford tells Rolling Stone of the material befitting the loss of human connection during the pandemic. “It was just a ripe collection of songs. And I think it’s interesting ’cause it’s Tom Waits before he’s really become Tom Waits, so he hasn’t really found himself on that record, either.

“My initial insecurity about doing anything would have been like, well, how do you cover Tom Waits, how do you impersonate that sort of performance that he does and that character that he has?,” he continues. “How do you replace that and make something interesting? But the songs on the first album… he’s new to the game and he hasn’t built that persona at that point. The songs are all just fantastic.”

Langford, who produced the album while Hall served as executive producer, assembled the musicians that would make up this version of his covers band Pine Valley Cosmonauts. “The cast of characters [were] people I missed,” Langford says. “It was a way to connect with people in the middle of the pandemic… It was inventing a reason to contact people and work.”

Artists recorded the album while in isolation last summer from various homes and studios from Leeds and Newport, South Wales in the UK, to Nashville, Austin, Tucson and Chicago stateside. Langford collaborator Barkley McKay began several of the songs with his piano contributions from his Leeds home studio. Files were traded between artists as Chicago’s Joyride Studio served as Langford’s remote base camp. Langford and multi-instrumentalist John Szymanski, who performs on the majority of tracks, formed a quarantine pod to complete the project. “Him and Barkley McKay are the Pine Valley Cosmonauts on this,” Langford relays. “My production style is generally just find people and let them get on with it, not really tell anybody what to do and it works.” 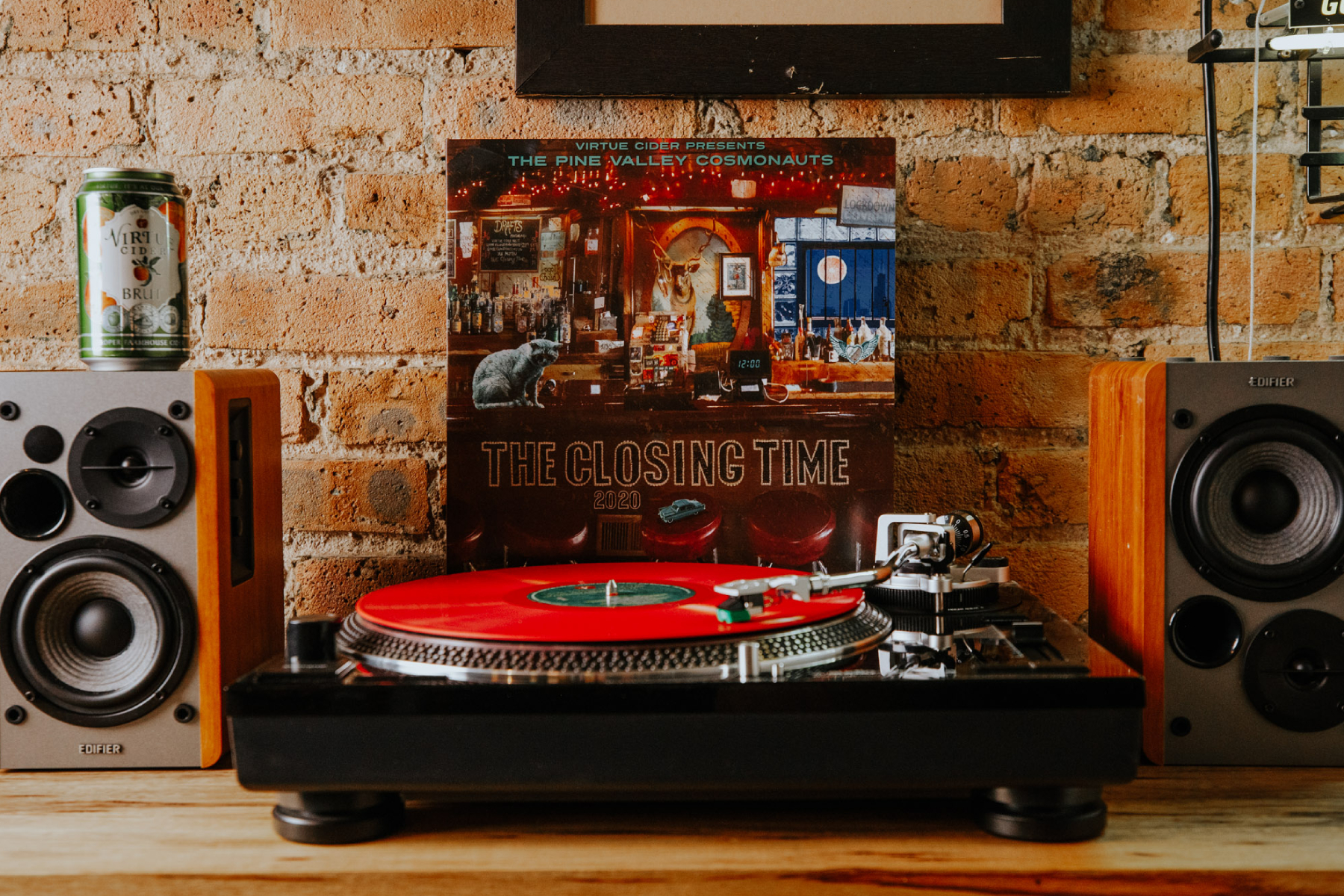 All of the proceeds from The Closing Time will benefit CIVL SAVE Emergency Relief Fund, which provides immediate microgrants to Chicago’s music community most in need of financial support due to COVID-19.

CIVL, which includes more than 50 independent Chicago venues, was founded in 2018. Last summer, they launched its SAVE Emergency Relief Fund and have provided $85,000 worth of grants thus far. They also spurred the formation of the National Independent Venue Association (NIVA), which launched in April 2020 and was integral to the passage of the Shuttered Venues Operators Grant program.

“Thanks to Jon Langford, and all of the performers involved in The Closing Time album, which will directly benefit CIVL,” Dayna Frank, President of NIVA and First Avenue owner, told Rolling Stone. “I especially want to thank [The Hideout owners] Katie and Tim Tuten, [Metro owner] Joe Shanahan and others, who founded CIVL, and helped to inspire NIVA, which now includes 3,000-plus independent promoters, venues and festivals from all 50 states.”

“People just rallied behind us and supported us and would collectively share their talents and resources to support us and our staff,” Katie Tuten, CIVL co-chair and founding member of NIVA, says of the outpouring of support for CIVL SAVE Emergency Relief Fund. ”’Cause as you can imagine, there were days that were really difficult for any number of reasons. And to know that people stood with us and alongside us would just lift our spirits and know that we will get through this and we get through this together.”

The Closing Time serves as testament to the resilience of Chicago’s music community while in the midst of a debilitating crisis. It also provided the artists a boost at a time when their livelihoods were halted. “It was just a generous thing,” Langford says of Virtue Cider’s backing and everyone who contributed. “And it gave us a project to really get stuck into as well, and I think the album sounds fantastic.”