Just before New Year’s, Brian Fallon of the Gaslight Anthem made a decision to cancel the first two weeks of his solo theater and club tour, which had initially been scheduled to start Jan. 11. Given the unknowns of Omicron, it seemed to make sense. Besides, he says, “I thought everyone was doing this.”

Apparently not: Despite the speed with which the Omicron variant is whipping around the country and the world, almost every major tour slated to begin this month and next is proceeding. If you have tickets to see Eric Church, Elton John, Kacey Musgraves, the War on Drugs, Dua Lipa, Justin Bieber, or Tyler, the Creator, you’re in luck. At least as of this week.

“It seems that everyone is just going to carry on and go for it,” says Nick Weathers of the truck company Egotrips, which will have more than 70 vehicles on the road this winter with John, Dua Lipa, and Imagine Dragons. “PPE loans were a godsend for us. It allowed us to not let anyone go. But at this point, I think we’re out of money to give away.”

The live-music industry may not be where it was in spring of 2020, when tours completely shut down. But that doesn’t mean everything is back to normal. (Or even as back to semi-normal as it was last summer and fall, when touring musicians first began to dip a toe back into the waters.) Some acts, for instance, are taking along dogs trained to sniff out Covid on musicians, crew members, and backstage guests. Others are committing to disciplined isolation or doing away with opening acts. All are embracing the unknown — and hoping for the best.

“If anyone’s telling you how it’s going to pan out, they’re full of shit,” says Malcolm Weldon, Church’s production manager. “You can’t predict what nature is going to do.”

Here are some of the tactics artists are adopting to keep their tours Covid-free and humming along.

Starting last summer, it was routine for touring acts to not allow visitors backstage or to host meet-and-greets with fans. But even before his shows were postponed, Brian Fallon had an even more extreme plan to deal with Omicron. “With the new variant, everyone is saying, ‘We got it and we didn’t get that sick,’” he tells Rolling Stone. “I’m like, ‘It doesn’t matter how sick you got — you still got it.’ If I sneeze, I’m not playing a show. I’m probably more cautious than most, but the plan is to stay as isolated as possible.”

That means hiding out on his tour bus right up until showtime and going directly from his coach to the stage as much as possible. “You have to be in your vehicle and stay there,” he says. “I would not go backstage.” Rather than bring along his own merch person, Fallon will instead be recruiting a worker at each venue to handle his T-shirt and music sales, ensuring that the same merch employee doesn’t accidentally transmit the virus from city to city. 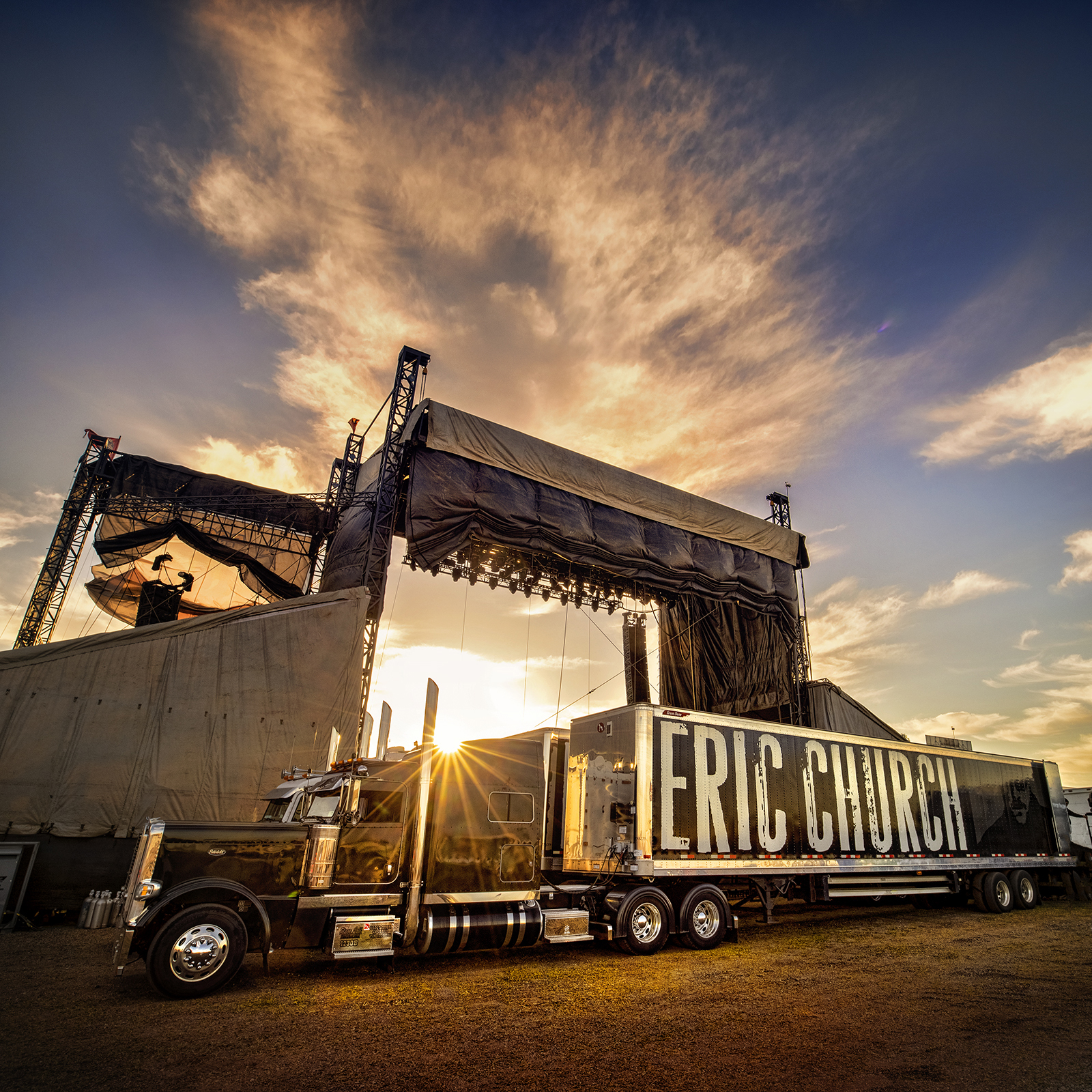 Have a Backup Driver

Just because touring has resumed doesn’t mean the workforce has returned with it. Thanks to those who’ve either quit the business or left for more steady income, the concert business is seeing a shortage of workers. That’s particularly true in the trucking world, which makes sure stages, lighting, and sound equipment all get where they need to be.

“For a lot of us, getting drivers back, and getting trucks and equipment, has been difficult,” says Weathers, who adds the industry has also been hit hard by trailer-manufacturing factories working at reduced capacities. “I’d say 20 percent of my drivers have moved on to other things. Some still toyed with the idea of coming back this year. But I have yet to hear from them.” Then there’s the vaccine factor: Weathers says a small percentage of his drivers are refusing to get vaccinated, making them ineligible to work high-profile music tours that require the shots.

The artists themselves can also be left stranded. Country singer Ray Fulcher had a tour bus all lined up for a string of dates with Luke Combs back in September. The only problem? He couldn’t find anyone to drive it. Fulcher ended up downsizing to a van for a week of gigs, with his tour manager taking the wheel.

“We had a show in Nashville the night before and we were supposed to get on the bus and be in Wisconsin the next morning, but in the last hour we had ran out of options for getting a bus driver,” Fulcher says. “So we got a van at the last minute and drove all through the night to the next show. It was a challenge, but with missing shows for all of 2020 and most of 2021, we would have walked if we had to.”

Many headliners returning to the road this winter are bringing along support — Jaden Smith is scheduled to open for Justin Bieber, and Vince Staples for Tyler, the Creator — but, in at least one case, an invitation has been rescinded. Last week, the War on Drugs announced, with regret, that the various indie artists who were going to open for them — including Lo Moon, Caroline Kingsbury, Rosali, Joseph Shabason, and TOMI — would be staying home.

“Due to this latest Covid surge and our need to exist within the tightest possible tour bubble, there will be no support acts on this run,” the band posted on social media. “We know how excited all of the opening acts were for this tour and we sincerely appreciate them being so f’n understanding.”

The War on Drugs declined to comment for this story. But singer-songwriter Caroline Kingsbury — who released her debut album Heaven’s Just a Flight last spring and was going to join the band at major East Coast venues like New York’s Madison Square Garden — says the news was completely unexpected. “They wanted to eliminate any other contact outside of their touring party,” Kingsbury tells Rolling Stone. “I was totally caught off guard and was pretty devastated.

“Not playing Madison Square Garden after thinking you are feels like shit, and I feel bad, and I’m sure they feel bad I feel bad,” she continues. That said, she completely understands. “They’re a big band and need to make money, and they said it was the last thing they wanted to do. It would have been cool, but here we are.”

Kingsbury says the War on Drugs (whom she calls “lovely people”) have told her she’ll likely open future shows, as soon as this summer.

If you’re lucky enough to be at the level where you roll with a tour manager, put your faith in them. Since Covid began, many tour managers have been tirelessly gathering intel about the best ways to keep their artists safe and on the road. Tommy Garris, who’s been making things run smoothly for Old Dominion for the past eight years, pores over every update to the CDC guidelines and trades tips with other TMs.

“Everybody is kind of grabbing as much information as they can from as many different options are available,” Garris says. “A big part of it is staying on top of this and trying to figure out what works for the tour. As artists and touring personnel, we do want to effect change and be an important role in that.”

To that end, he says tour managers have to stay flexible, even as they take on a role they had never before envisioned and hustle to rewrite backstage riders. “A lot of tour managers have become their own Covid compliance officer,” Garris says. “Today, ‘No green M&Ms’ has equated to ‘Everyone wears a mask.’” 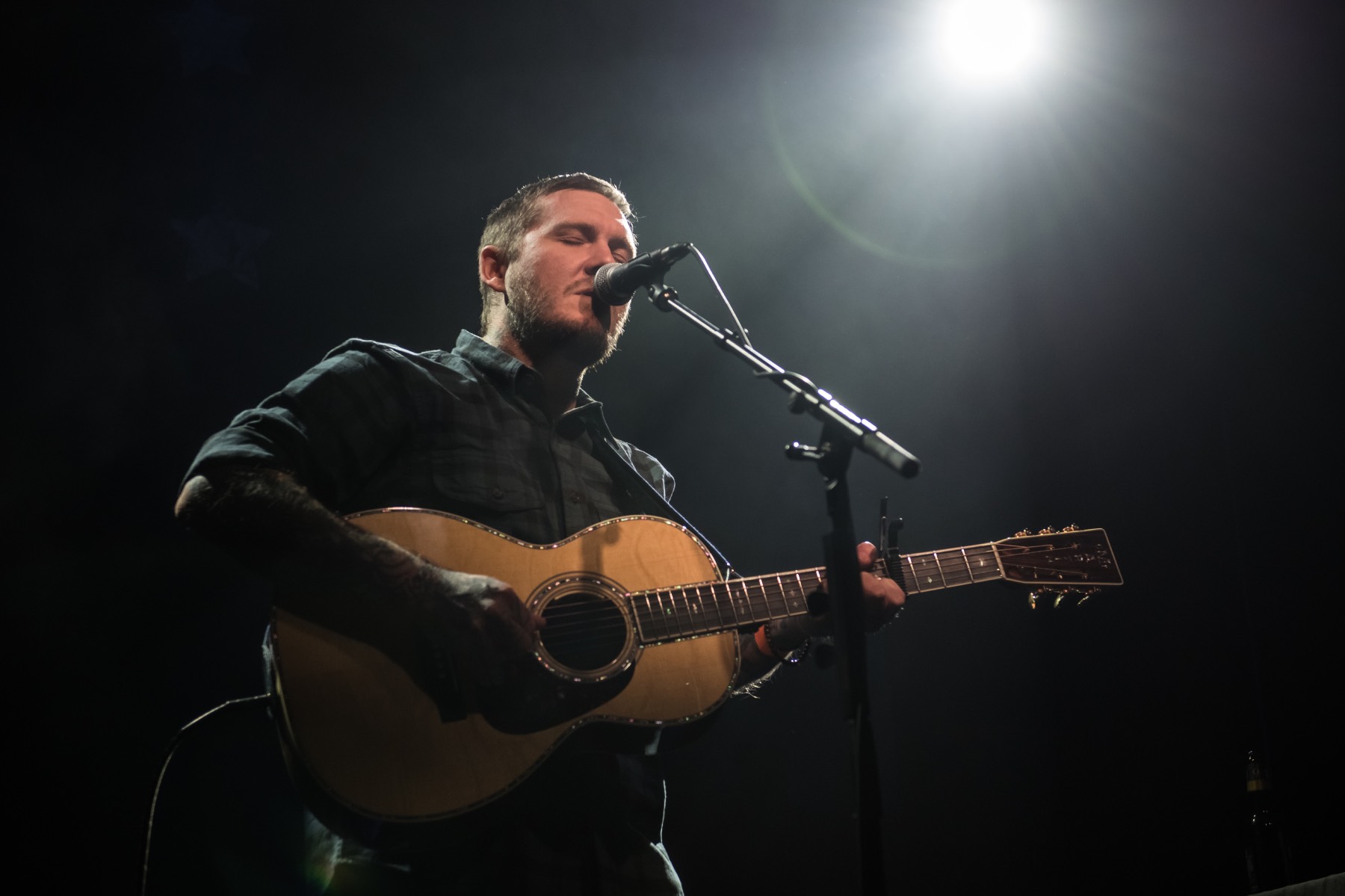 Brian Fallon onstage in 2019. The singer-songwriter plans to isolate on his bus until showtime on his January tour. (Photo: Mondadori Portfolio/GettyImages)

While venues may have certain guidelines currently in place to keep fans and performers safe, the protocols can vary from state to state, and even from club to club. To have better control over their gigs, some mid-level artists are prioritizing private house shows. Austin singer-songwriter Matt The Electrician and Nashville rock outfit Andrew Leahey & the Homestead have been leaning hard into house gigs — and making enough money to stay afloat during the pandemic.

“House shows are not inherently safer, but for me, being able to agree on acceptable protocols with a private individual feels like a better way to maintain control over what a show looks and feels like,” Matt The Electrician says.

Leahey agrees and cites private shows he’s played everywhere from California’s Wine Country to Oslo, Norway. “It creates an atmosphere where people are flexible and quite willing to go with the flow. I’d feel far less comfortable asking a venue to increase the distance between seats than I would asking a homeowner to do the same,” Leahey says. “When you’re dealing with a pandemic and adjusting your shows accordingly, it’s so beneficial to work with people who are willing to be that open-minded.”

But both artists are looking forward to getting back in the clubs too and sympathize with their plight.

“These days, venues often have a whole host of entities to answer to: city, state, alcohol regulators, and mandates or lack thereof. I feel for the venues, and I know they have a lot to contend with,” Matt The Electrician says, “but being able to bring music straight to fans, in a way that feels safe right now, is paramount.”

Don’t Be Afraid to Ask for the Mask

While many artists, from Covid-touring vanguard Jason Isbell to Harry Styles, are requiring proof of vaccination or a negative test to attend their shows, touring acts can also insist audiences wear masks. (Isbell and Styles do.)

“All you MFers gotta wear a mask. That’s for your protection and ours,” Low Cut Connie’s Adam Weiner wrote on Instagram ahead of his band’s tour launching next week. And Weiner isn’t alone. Chris Cobb, the operator of Nashville’s 50-year-old Exit/In, says he’s been fielding similar requests as Omicron continues to threaten.

“I do have some bands right now who are asking us to require masks at their shows and I’m having those conversations with agents and managers,” he tells Rolling Stone — though he acknowledges a mask requirement is a hard sell in certain regions of the U.S. “I’m talking to agents and managers in Chicago, in New York, and trying to explain the cultural aspect to this. Not much has changed from where we were last summer in Nashville and the South and red parts of the country.”

Cobb also says he and his fellow venue proprietors are keeping an eye on Covid data, especially as it relates to the reported decrease in severity of omicron among the vaccinated. “The science so far shows that this variant is not as severe, that it doesn’t make you as sick. If we’re getting to endemic on this thing and it’s going to be an annual cold, let’s have shows,” he says. “A large percent of the population has had the opportunity to be vaccinated. And that’s a big difference between what we’re dealing with now and what we were dealing with before.”