Last October, toward the end of recording his band’s new album, Car Seat Headrest frontman Will Toledo found himself in the middle of a terrifying panic attack. “I don’t like being in the studio without ideas,” he says. “It was really stressing me out.” The next day, instead of going back to the studio, he stayed home and wrote a new song.

It was a tense moment, but for Toledo, 27, some level of anxiety is always part of the creative process. “There’s no way to avoid it,” he says over the phone from his Seattle home. “I think if you’re not stressed out at any point making a work of art, there’s a much higher chance that it’s not going to be good at the end of it.”

His exacting search for musical greatness has made him one of indie rock’s top auteurs, adored by fans and critics for his way of turning interior turmoil into hook-filled guitar anthems like the ones on 2016’s brilliant Teens of Denial. On Making a Door Less Open, the album that he and his bandmates were trying to finish that day last fall, Toledo pushes even further into strange, exciting new territory, with more ideas than ever competing for air.

Take “Hymn,” the song that he wrote the day after the panic attack. If you buy a vinyl copy of Making a Door Less Open, you’ll hear it as a slow, dread-soaked plea for salvation; if you stream the album, you’ll hear a frantic breakbeat remix that feels like it’s flying apart at the seams. Other songs on the album dip successfully into ambient loops (“Can’t Cool Me Down”), festival-ready dance-pop (“Famous”), outsider-art oddness, and more. (To accompany these dramatic shifts, he’s been wearing a custom-designed mask in nearly all his press photos for this album.)

For Toledo, all of this represents the logical next step in a career that stretches back a full decade to his first DIY releases. “We got pegged early on as garage rock, or Nineties-style alt-rock,” he says of the band, whose other core members are drummer Andrew Katz, guitarist Ethan Ives, and bassist Seth Dalby. “But I was the only one who really liked that music. I don’t think any of us wanted to keep making records like Teens of Denial.”

Growing up in suburban Virginia, Toledo had dabbled in other forms of expression, “writing short stories and making weird little movies with my friends,” before settling on songwriting toward the end of his teens. “I didn’t feel like I was good at that much, other than having this world in my head and creating [music] out of that,” he says.

By 2015, when most audiences met him as a new artist signed to Matador Records, he was already an accomplished bedroom musician with a catalog several albums deep on Bandcamp. The following year, Teens of Denial — the band’s second Matador album, recorded in secrecy before their signing was announced — vaulted Car Seat Headrest to a new level of indie fame. “Once it came out, that was a big moment for us,” he says. “We were riding for a while on the success of that.”

In 2018, when Car Seat Headrest toured the U.S. to support a new, full-band revision of Toledo’s early solo album Twin Fantasy, they mushroomed onstage into a muscular seven-piece live act. It felt like Toledo and his bandmates were in a sweaty wrestling match with the classic-rock tradition. Some nights, Ives would stride to the mic to perform a perfectly ragged cover of Neil Young’s “Powderfinger” in the middle of a Car Seat Headrest song. 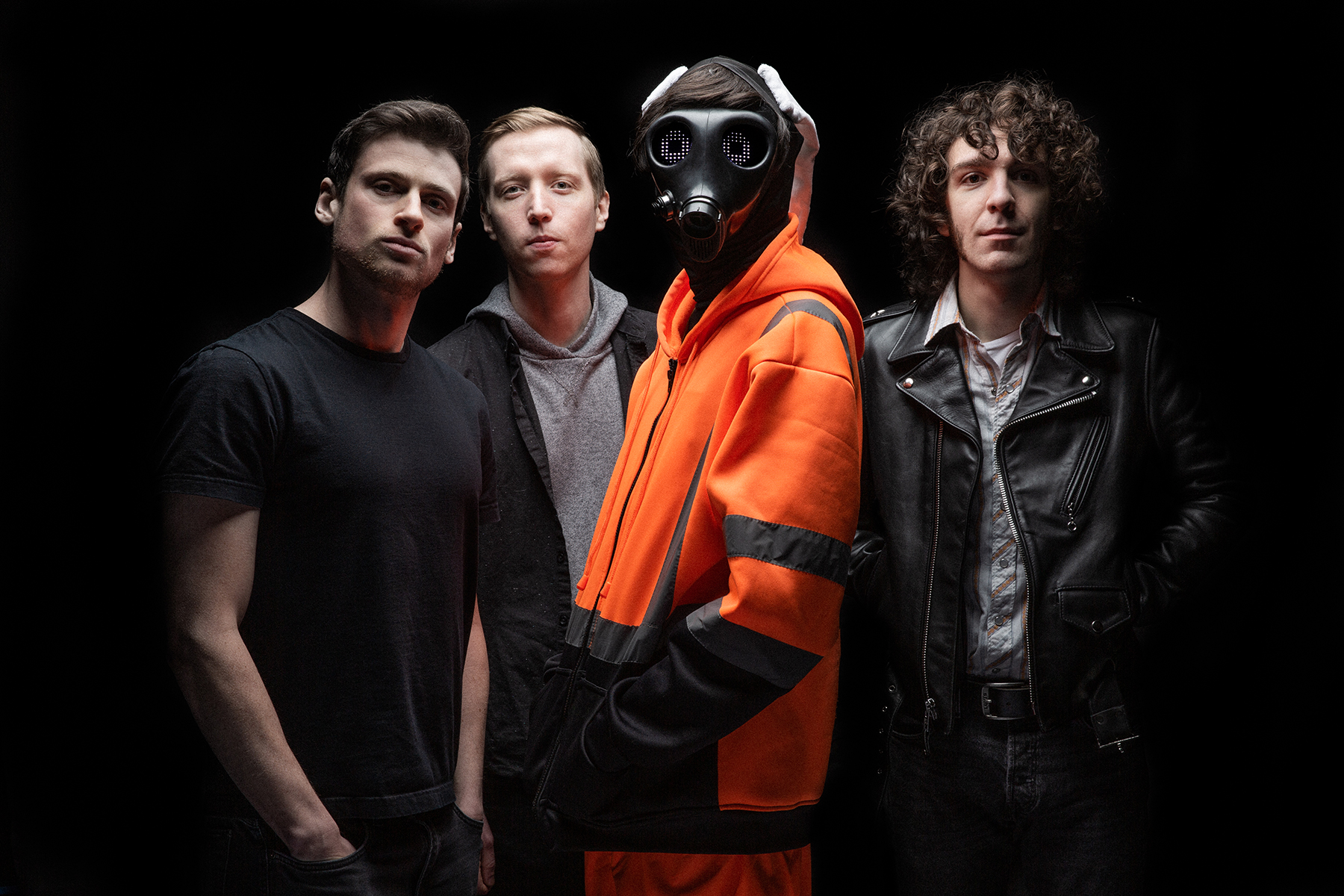 “I was going all-out, saying, ‘Let’s put on a big rock show, cover these older pieces, incorporate them into ours, and do everything that you can do with seven people onstage,’” Toledo recalls. “But I didn’t want to keep trying to emulate that for the rest of our career. I need to explore more before I turn to greatest-hits legacy band touring.”

Years earlier, when he was first imagining what a life in music might be like, Toledo had thought a lot about Brian Wilson, a key early influence. “That’s the most obvious example of the person who’s trying to balance it all and eventually crashes,” he says. “That was something that scared me growing up, as far as, ‘Am I going to burn out? Am I going to not be able to deal with it?’”

Around the time of the Twin Fantasy tour, Toledo began considering the Sixties pop he’d grown up on from a different angle. “The Beach Boys were not only pop musicians, they were derided musicians,” he says. “Brian Wilson was actively fighting this contingent of people who dismissed them as a dumb pop band because they wrote about cars and pretty girls and surfing. … What did I like about that older music? And why does so much newer stuff just kind of leave me blank?”

As an experiment and a challenge to himself, he started listening regularly to whatever was on top of the Spotify charts — wildly popular songs that he’d normally never come anywhere near hearing by choice, like Post Malone’s “Rockstar.” “That’s a song that I didn’t like at all the first time I heard it,” he says. “But it was huge for months and months, repetition after repetition, and the production started sounding really good to me.”

These were songs made for streaming tallies in the billions, with a sleek, minimalist architecture that sounded better, not worse, the more overplayed they got. What would it mean to bring that philosophy to Car Seat Headrest? Collaborating more closely with Katz — first as part of a jokey EDM side project, 1 Trait Danger, and later on the songs that became Making a Door Less Open, which the two musicians co-produced — Toledo let his band move in new ways. Synths and streamlined melodies entered the picture, as did a brash, over-the-top sense of humor.

Toledo asked Katz to take a turn at the mic for the single “Hollywood,” which takes aim at the entertainment industry with the rage of an unhinged outsider (“Hollywood makes me wanna puke!”). The yelps and shouts that resulted made it onto the album. “I immediately started laughing as soon as Andrew started singing,” Toledo says. “To me, that was a good indication that we should keep that. If you’re gonna do it, you should do it all the way.”

The comedy element in that song isn’t unprecedented for Car Seat Headrest — Toledo points to the grungy self-satire of Teens of Denial’s “Destroyed by Hippie Powers” — nor is “Hollywood” simply a joke. “It’s written to match the perspective of someone who’s out of the loop, who doesn’t know what is going on but is hurting and seeking some sort of outlet,” Toledo says. “To me, that puts it in line with a lot of Teens of Denial, which also talked about alienation in its own way.” Still, it feels new enough to surprise and disorient.

After their studio sessions concluded in October, Toledo and his bandmates kept tweaking, leading to substantial differences between the vinyl, CD, and streaming releases of Making a Door Less Open. “Deadlines” appears in three separate takes across those formats; the lyrics on the vinyl version are about “a struggling writer who’s not creating content the way that they want to,” while the digital verses have more to do with “human connections, and the anxiety and exhilaration of meeting someone.”

Toledo steeled himself for the low moment that he knew would follow the album’s completion. “Usually, once I finish something, I go through mourning, like postpartum depression,” he says. “Where I finished it, but I don’t feel any sort of reward. It just feels like I wasted my time. I get no satisfaction out of the delivery, because I give 100 percent in the creating, and then I’m just kind of spent.”

He’d normally bounce back by putting all his effort into planning a tour and then performing live. This time, it was clear that the second part would be impossible by the time the band handed in the final streaming version of Making a Door Less Open around April 1st. “I had a few weeks where I was pretty depressed,” he says.

By the week of the album’s release on May 1st, he’d gotten back into work mode, starting by taking a fresh look at a handful of long, unstructured jams left over from the recording of Making a Door Less Open. “We have these longer pieces where we’re just going on for 10 minutes or more on certain ideas, and a lot of them are catching my ear in a different sort of way,” he says. “That right now is appealing to me as a way forward.”

His years of home recording mean that he’s comfortable making music on his own, but it’s not a choice he would have made for himself. “I do like having other people to bounce off of,” he says. “It’s a shame that it will be harder to do that. But I can change my mindset and take advantage of being the only one at the wheel for a while.”

If all goes well, he hopes that he can shape the beginnings of something to record with his bandmates when conditions allow, with the goal of finishing a new album to perform alongside Making a Door Less Open at some later date. “Right now I’m optimistic about what’s on the table,” he says. “It’s just a matter of continuing to get ideas and be inspired long enough to execute something.”

Like everyone who loves live music from either side of the stage, Toledo has been sorry to see the summer 2020 concert season evaporate. “It’s been a bummer, apart from any career concerns,” he says. “I really like going out and playing music. It’s a drag to not be able to do that for an indefinite amount of time. But someday it’s going to happen. And maybe then that energy will come bouncing back, and there will be more energy at concerts than ever.”