After the runaway success of Raiders of the Lost Ark, producer George Lucas set to work on a storyline for the sequel. The problem was, he didn’t want to do another movie where the Nazis were the bad guys. So he hit upon an idea: What if the second film actually came before the first one? Rather than making a traditional sequel, what if they made … let’s call it a “prequel?”

Lucas didn’t invent the concept, obviously; major sections of The Godfather: Part II take place before the events of the original Godfather, and don’t forget 1979’s Butch and Sundance: The Early Days. But between Temple of Doom and his second Star Wars trilogy, Lucas popularised the prequel concept, in the process showing Hollywood a new way to freshen up their aging properties: Don’t go forward in time. Go back.

Despite all the money they made, the Star Wars prequels were largely disastrous – so much so that the very phrase has a nasty connotation to it that calls to mind ghastly CGI, Jar-Jar Binks and Hayden Christensen’s perpetually pouty face. Maybe that’s why Disney has taken such pains to not to use the P-word when referring to Rogue One; as the movie’s subtitle informs us, this is “A Star Wars Story.” Sure, this action-thriller is a standalone adventure but, at its core, it’s a prequel to the 1977 original, showing how a group of rebels (led by Felicity Jones’s Jyn Erso) stole the plans that will lead to the Death Star’s destruction.

Whatever you call it, this exciting new instalment doesn’t just expand the Star Wars universe – it demonstrates how, amidst our serialised-mad franchise landscape, innovative filmmakers can do prequels right. Lucas may have popularised the concept, but his spiritual heirs have redeemed it. Here are a few lessons this spinoff provides for prospective prequel makers. (Warning: There will be Rogue One spoilers.)

Give Us a Legitimate Ending
Whether it’s Captain America: Civil War or Warcraft, you can’t sit through a contemporary studio movie without experiencing that frustrating sensation of reaching the big finale and realising: It’s not really the big finale. In an age where we’re destined to have four more Fantastic Beasts films and at least a dozen more instalments in the Marvel Cinematic Universe, the sanctity of the old-fashioned, three-act, solitary movie now feels as quaint as a VHS tape. We’re no longer simply watching a movie, but a feature-length chapter of something larger so we can be prepared for the next movie in the series … so that we can then be ready for the one after that. It’s exhausting, and has begun making blockbusters feel like tedious, years-long commitments.

By comparison, Rogue One has a definitive ending — in fact, its sense of conclusion is one of its most attractive elements. Going into the movie, we know that, no matter what occurs, the movie will conclude with the acquiring of the Death Star plans. But we don’t know how that happens, and director Gareth Edwards (who previously made 2014’s Godzilla and the sci-fi indie Monsters) rewards that suspense with a stirring adventure in which not all of the gang make it out alive.

And when individual members of the team die, there’s a real weight to their deaths because we know what’s at stake, i.e. nothing less than the fate of the universe. It would feel like a cheat if the movie simply strung us along with a cliffhanger ending that settled nothing. Instead, Rogue One spits in the face of Hollywood’s leave-everything-unresolved mentality. Not only does the movie have an ending, it has a powerful one: Jyn and the rest of the team succeed in their mission but are killed along the way, bravely sacrificing themselves so the Rebel Alliance can live on.

From a commercial perspective, that climax is bad business. Disney didn’t just kill off a whole bunch of new characters; they ixnayed the possibility of doing lucrative Rogue One-centric sequels. (They could always do a prequel, but for the love of the Force, please don’t.) But the finality of that finale preserves the film’s underlying theme: War is brutal, and the consequences can be high. Rather than making us wonder what’s going to happen in Rogue One 2, the filmmakers let us walk out of the theater debating and digesting what we’ve just seen – which, y’know, is how movies are supposed to work. 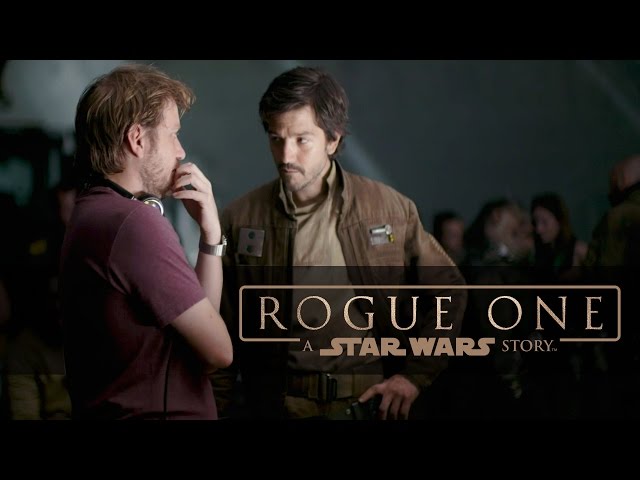 Comment on the Original Films
What was conceptually brilliant about Lucas’ Star Wars prequels was how they reconceived the original trilogy’s narrative. Instead of a story about a young moisture farmer who becomes a Jedi Knight, it now chronicled the rise, fall and redemption of an idealistic young man named Anakin Skywalker and his journey to becoming the evil Darth Vader. With all due respect to Patton Oswalt’s magnificent “I don’t give a shit where the stuff I love comes from” rant about the prequels, the idea of digging into Anakin’s backstory was a clever way to give us a different perspective on what we’d seen in Episodes IV through VI.

Unfortunately, the prequels were terrible, and that conceptual brilliance was rarely realised. In Rogue One, though, Edwards introduces several ideas that challenge our view of the original Star Wars. For one, the movie shines a spotlight on the arduous, thankless behind-the-scenes work that went into the franchise’s big narrative moments. In what we’re now calling A New Hope, everyone’s busy protecting the Death Star plans, which then leads to the epic X-wing assault on that Imperial space station. But nobody actually talks about the people who put their lives on the line to make that happen – they’re just an off-screen, unnamed plot device. After watching Rogue One, it’s impossible not to think about all those unsung heroes in the Rebel Alliance – the lowly grunts – who never got their own movies. (Light a candle for those poor Bothan spies who died stealing the plans for the Return of the Jedi Death Star.)

And it doesn’t stop there. This is the first Star Wars movie that punctures the idea that the Alliance actually knows what it’s doing and that its noble motives are always justified. In the Alliance’s mind, Jyn’s father is guilty before proven innocent, which brings about his tragic death. And although the return of Grand Moff Tarkin has proven divisive (impressive CG trick or ghoulish abomination? Discuss.), we now have a greater sense of the character’s arrogance and his desire to take credit for the Death Star, which royally pisses off the battle station’s true architect, Ben Mendelsohn’s Orson Krennic.

Plus, there’s more of a sense in Rogue One that waging an intergalactic war against an evil Empire is really hard. Where the original trilogy focused on rousing, swashbuckling adventures, this movie emphasises the desperation and weariness, which is all over the face of characters like Cassian Andor (Diego Luna). Even the throwaway joke that mocks the trilogy’s recurring “I’ve got a bad feeling about this” line makes a point: There’s more to this universe than what we’ve memorised from the older films.

Create a New Tone While Honouring What Came Before
Ever since Christopher Nolan’s inspired Batman reboot, it’s been fashionable for Hollywood to dress up old franchises in darker, grimmer tones. That approach has its limits – nobody wants a gritty remake of The Sound of Music – but in the case of Daniel Craig’s James Bond movies, the extra dramatic heft put a new spin on a familiar character, making us see him and his milieu with fresh eyes.

Rogue One is the best of both worlds, fitting into the Star Wars template while being its own distinct creature. If the original trilogy was often a funny, joyous romp – even The Empire Strikes Back is a stirring entertainment despite its sadness – the new film is an unabashed war movie where the casualties far outnumber the wisecracks. It’s a genuinely dark film that, nonetheless, retains Lucas’s boy-scout spirit of heroes doing battle with villains, and of the need for a brave few to stand up to treachery. (And that’s to say nothing of Rogue One‘s admittedly shoehorned-in, fanboy-friendly cameos from recognisable characters like Darth Vader, C-3PO, R2-D2 and a CG Princess Leia.)

The spinoff’s more dour temperament has turned off some critics, who have accused Edwards of making a self-consciously gloomy film. But this prequel’s tonal break from the primary franchise storyline — as well as last year’s cheery The Force Awakens – suggests a more expansive way of approaching this franchise, for both its audience and for future filmmakers. Would it be better if studios invested money and time in original stories and stopped slavishly reanimating its most popular properties? Hell yes. But in our franchise-laden times, that’s currently too much to wish for. Still, the triumph of Rogue One argues that, even with a 40-year-old cultural behemoth, there’s still room to find a new angle – and give viewers a (new) hope that others will follow its example.