Let’s say someone told you that they had just seen the next big horror-movie sensation waiting to happen — you would probably not expect them to follow that declaration with “it’s an early-to-mid 17th-century Puritan story that calls to mind the paranoia and persecution of the Salem witch trials.” And yet ever since Robert Eggers’ The Witch premiered at the Sundance Film Festival in 2015, his self-proclaimed “New England folktale” has been building an increasingly deafening buzz thanks to its otherworldly combination of infanticide, full-moon blood rituals, and an animal imbued with the spirit of Lucifer himself. (Enough buzz, in fact, to attract the endorsement of the Satanic Temple, which will presumably gobble up group tickets like a megachurch matinee of Heaven is for Real.)

In many respects, it uncannily resembles a vintage festival hit about forest terrors, The Blair Witch Project, and has the same potential for mainstream breakout success. And yet, by focusing on a family of Calvinist farmers who are exiled from their community and are rewarded with a gray-swathed nightmare of unending shame, guilt, misery, and fear, this is not some standard-issue gothic shocker. This is an Ingmar Bergman movie with Satanic goats.

“I was trying to ignore horror films as much as possible,” says Eggers. “Real horror is about confronting darkness, not shining a quick flashlight on it and running away giggling. The genre this film follows more than anything else is a fairy tale. It’s a dark fairy tale.” 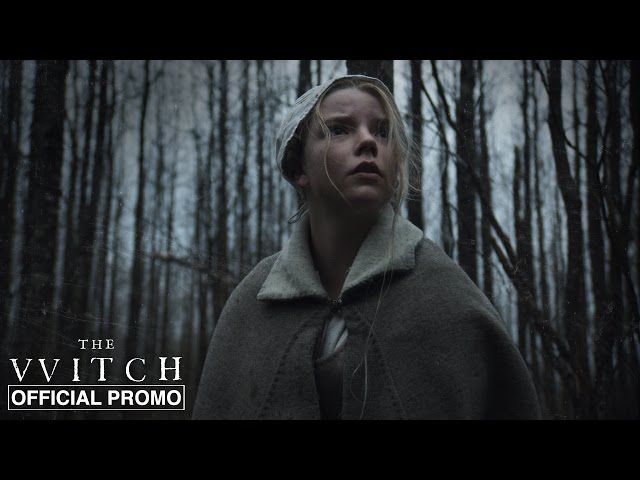 A New England native, Eggers traces the movie’s origins to a number of recurring witch dreams he’s had since his youth, thanks to seeing The Wizard of Oz at a formative age and years spent staring at the woods outside his window. Having honed his skills in art direction and production design on a number of shorts, Eggers applied his craftsmanship to an obsessive recreation of a Puritan plot circa 1630, from hand-stitched and handwoven garments to authentic farming techniques and architectural blueprints. For the script, he drew on primary sources and other historical materials, working hard to recreate the formalised language of the period. And when shooting in New England proved impossible under an already-strained budget, Eggers brought his cast and crew to the wilds of Northern Ontario — which was the closest he could get his specified tree types.

“It’s about transporting audiences to a time when this was real,” says Eggers. “Without those details, I can’t transport you. If every speck of dust isn’t right, how can I lull you into this world? It was so hard with this film, because we had to make every goddamn thing. We were trying to recreate this stuff that doesn’t exist, so it was hard — but that’s what it’s about.”

At the center of The Witch is another striking first-timer, Anya Taylor-Joy, who plays Thomasin, the eldest of five siblings and the one who takes the blame when her infant brother goes missing during a game of “peek-a-boo.” It’s the budding young woman’s curiosity that separates her from her dogmatic parents, like the earliest prototype of a rebellious American teenager. The actress turned 18 the day before the shoot — “so we could legally torture her,” jokes Eggers — but she’d only been acting for two months when she got the part, so the torments of production didn’t bother her.

“I just assumed that this is how movies are made,” she recalls. “It’s only now that I’ve done a couple movies that I realise how much we willed this movie into existence. Everything was a struggle. The schedule changed so many times a day that we ran out of colors to change the schedule to.” Such tales of production woe have been a boon to films like The Revenant, but while Eggers didn’t ask Taylor-Joy and the cast to drink suspect goat’s milk, the difficult shoot gives The Witch an unmistakable texture. The atmosphere on this remote set naturally bore down on the cast and crew, which had the authentic experience of being stuck on what Eggers calls “a shitty version of an English farm.”

“I was trying to ignore horror films as much as possible. Real horror is about confronting darkness, not shining a quick flashlight on it and running away giggling. It’s a dark fairy tale.”

“Rob gave us all such a beautiful experience because he really did create the world,” says Taylor-Joy. “Having the clothes be accurate to the period affects the way you move and the way you hold yourself. It’s also a very tangible representation of what it was like to be a woman in those days, which was so interesting to me. You’re literally restrained.”

While The Witch may not operate by the rules of a conventional horror film, it does have the intensity and dread-inducing ambience that the genre requires thanks to its knack for tapping into primal sources of childhood fear, like Hansel and Gretel (or Margaret Hamilton as the Wicked Witch of the West.) Citing Stanley Kubrick’s The Shining as a key influence, Eggers takes a similarly offbeat, immersive, and detail-oriented approach to horror, all too appropriate to a setting where, per the filmmaker “for everyone but the extreme intelligencia, the real world and the fairy tale world [was] the same thing. Whether the witch is manifesting herself physically or psychologically, she feeds off fear and despair and darkness. It makes her stronger.”

There’s a lesson here, too, in failing to confront the evils that lurk from within and without — of being, in Eggers’ words, “extremely aware of sin, but unaware of darkness.” Through prayer and hard-living and a tempest of righteous anger, the Puritans are “trying to flush it away, flush it away, flush it away, rather than work this stuff out,” says Eggers. “And that’s when the witch can get ya!”