Update: Sony has canceled the December 25th US theatrical release of The Interview, according to Variety, citing several major theatrical chains’ decisions not to screen the film as the reason. “We respect and understand our partners’ decision and, of course, completely share their paramount interest in the safety of employees and theatergoers,” the company said in a statement.

Seth Rogen and James Franco’s assassination-plot romp The Interview has become the most controversial movie in decades. Following terror threats on movie theatres planning on showing the film, Sony, the studio behind it, has canceled its New York premiere this week, according to The New York Times. The movie, which revolves around journalists taking part in a plot to kill North Korean supreme leader Kim Jong-un, had its Los Angeles premiere last week without incident.

The threats were allegedly made by the self-anointed “Guardians of Peace,” the same group of hackers behind the recent leaks of Sony Pictures’ movies and executives’ e-mails. A message that the group sent to reporters Tuesday included a two-part “Christmas gift,” which turned out to be a warning.

“Soon all the world will see what an awful movie Sony Pictures Entertainment has made,” it said of the “beginning of the gift,” according to The Hollywood Reporter. “The world will be full of fear. Remember the 11th of September 2001. We recommend you to keep yourself distant from the places at that time. (If your house is nearby, you’d better leave.) Whatever comes in the coming days is called by the greed of Sony Pictures Entertainment. All the world will denounce the Sony.”

The second part of the message targets movie theatres that would screen the film, which is set to open on Christmas Day. “We will clearly show [the second part] to you at the very time and places The Interview be shown, including the premiere, how bitter fate those who seek fun in terror should be doomed to.”

A spokeswoman for the F.B.I. told the Times that the Bureau is aware of the threat and is continuing to investigate the Sony hack. The Department of Homeland Security is also looking into the threat, but has yet to find any evidence of a plot against movie theatres.

Because of the threats, Sony has said that theatres wishing to pull out of screening the movie could. Carmike Cinemas, which operates 278 theatres with close to 3,000 screens, has backed out of showing The Interview, according to The Hollywood Reporter, which also reports that Regal, AMC, Cinemark and Cineplex have followed suit.

Look Cinemas said it would still screen the movie, according to Variety. Stocks for the four largest theater chains – AMC, Regal, Cinemark and Carmike – all fell after the terror threat, Variety reports.

In deference to the threats, Rogen and Franco have canceled all of their upcoming media appearances to promote The Interview. These include spots on The Tonight Show, Late Night and Buzzfeed Brews, according to Variety. The actors declined to do press interviews at the movie’s L.A. premiere. 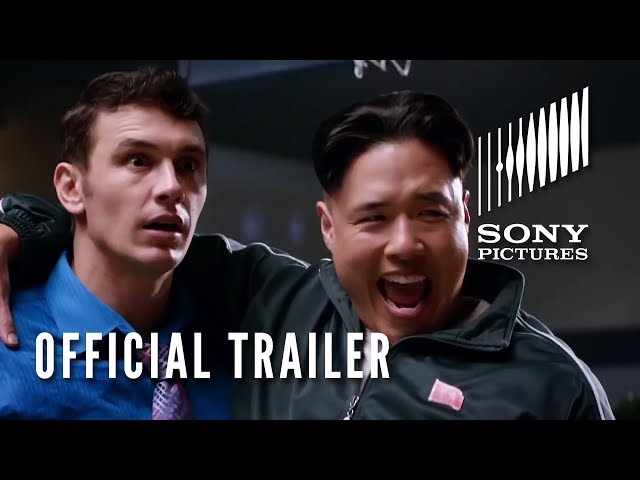 The Times reports that Sony previously received threats for 2012’s Zero Dark Thirty – the film depicting the assassination of Osama Bin Laden – but that the movie opened mostly peacefully. In 1988, Universal Pictures received threats from Christian fundamentalists over Martin Scorsese’s humanistic The Last Temptation of Christ. One conservative religious group firebombed a movie theater in Paris, injuring more than a dozen people.

The hackers’ identities have yet to be revealed, though North Korea denied involvement earlier this month. Nevertheless, a government spokesperson condemned The Interview in the country’s statement, calling the movie “a film abetting a terrorist act while hurting the dignity of the supreme leadership of [North Korea].”

But no matter who is responsible for the threats, North Korea could soon be reminded of The Interview. A group of human rights activists called Free North Korea has said that it plans to drop DVDs of the movie over the country via hydrogen balloons, according to The Hollywood Reporter. Previously, the organization has littered the country with Braveheart, Battlestar Galactica andDesperate Housewives as a means to educate the culturally isolated country on the rest of the world.

“North Koreans risk their lives to watch Hollywood films…and The Interview is tremendously threatening to the Kims,” Thor Halvorssen, creator of the Human Rights Foundation, which helps Free North Korea, told THR. “They cannot abide by anything that portrays them as anything other than a god. This movie destroys the narrative.”

The Times reports that Sony has been reluctant to pull the film altogether for a variety of reasons. Pulling the film could open the industry up to similar threats, deflate Sony’s standing with filmmakers and hinder the possibility of the film becoming a box-office hit. Surveys have suggested that the film, which cost $44 million to make, could earn $30 million in its first four days because of the publicity surrounding it – though audiences could demur if they felt threatened visiting a movie theater.

In our upcoming cover story, Rogen recalled Sony’s North American CEO requesting a meeting with him after a North Korean official criticised the film and – in a likely unrelated incident – launched test missiles. “Any time a movie causes a country to threaten nuclear retaliation, the higher-ups wanna get in a room with you,” Rogen said.

The actor also revealed that someone else to him had been alarmed by the threat. “If Kim Jong-un only knew what he was doing to my mother!” he said. “He would know he had exacted his revenge.”