If Donald Trump didn’t exist, Sacha Baron Cohen would have had to invent him. Not since the halcyon days of Borat and Brüno has anyone so effectively goaded Americans into revealing the anger and ignorance that burbles just beneath the surface. The frighteningly popular presidential candidate leading a rally in one of his signature call-and-response moments (“And who’s gonna pay for the wall?” “Mexico!”) would rank with the British actor/prankster’s greatest stunts if only Trump were in on the joke.

Compared to what passes for politics these days, the characters that branded Cohen as the Peter Sellers of his generation almost seem unnecessary. Which may be part of the reason why the relentlessly transgressive Englishman has moved away from the immersive guerrilla comedy he pioneered with Da Ali G Show in favour of more traditionally scripted fare — albeit with a film that finds other ways to obliterate the boundaries of good taste. In Grimsby (opening in Australian cinemas in March 10th), Cohen plays a dimwitted British football hooligan who learns that his long-lost brother is a badass spy. Imagine Ace Ventura directed an NC-17 buddy cop movie co-starring Liam Gallagher and MacGyver, and you’ll have the right idea. 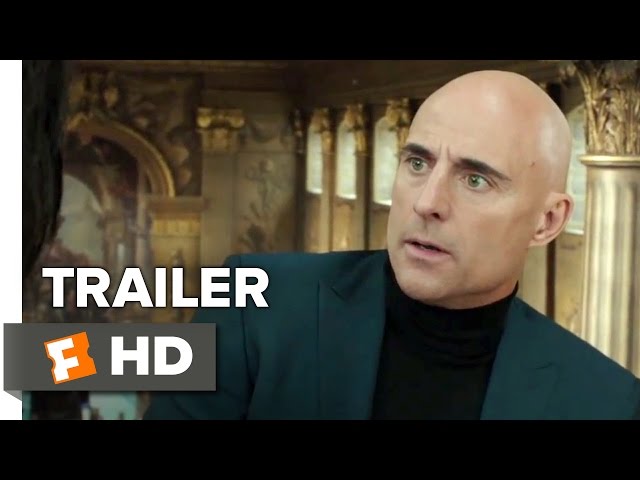 A throwback to the gross-out comedies of yesteryear, Grimsby nevertheless finds Cohen taking aim at the scam artist who stole his shtick, as the film climaxes with an unauthorised Trump cameo for the ages. In a rare interview as himself, Cohen spoke to Rolling Stone about his billionaire punching bag, his place in the world of comedy, and why he misses the days when he would regularly risk his life for a laugh.

You studied the Holocaust in college — has watching Trump’s campaign unfold given you a clearer understanding as to how it happened?
Wow. That’s a pretty powerful question. You know what? I don’t know if I can actually answer that without getting myself in complete trouble, because I’ll be linking the potential future President of the United States with one of the greatest atrocities ever committed. [At the premiere of Grimsby the following night, Cohen wore a “Make America Great Again” hat and told the crowd: “A loud, ranting bloke shouting out racial hatred at rallies has never hurt anyone.”]

Don’t worry about it — he’s very tolerant of his critics, especially when they’re immigrants.
Well it’s always great to use the Holocaust when you want people to see a comedy film — bring them in out of guilt! No, a demagogue drudges up some very negative sentiments in society. So that can happen, and has happened throughout history. But I’m speaking as a complete ignoramus. I’m just somebody who makes gags, not a political pundit.

Now that you spend half the year living in the States, do you think that the hate and the ignorance you saw reflected in Borat has intensified in the decade since you made it?
Well, bear in mind that I only interviewed 100 or so people for Borat, so it was a small sample size. But yeah, with that movie you saw this patronizing attitude that people had towards an ignorant foreigner with slightly obnoxious views. Well, very obnoxious views. And yet, nobody actually hated Borat. With Borat, I didn’t have that many occasions when people were trying to kill me, apart from maybe when I sang the national anthem at that rodeo.

The hatred that I really encountered was when I was filming Brüno — the kind that some have towards gay people. I remember being at a gun show in Alabama and a six-year-old kid coming up to me and giving me a note that his parents had written, and it said “You’re going to hell.” So I think there are some good things about how America has changed since then. When we made Brüno, the idea that gay marriage would be legal felt like a dream. That was the first movie from a major studio where the gay lead character doesn’t die at the end of the movie — he doesn’t die from AIDS, he isn’t beaten to death. We actually had a kind of happy ending where he ends up with an adopted kid and married and they sort of live happily ever after.

You paved the way for Carol.
Exactly!

Are you able to get the same rush of adrenaline from nailing a gag in a scripted movie as you did from the guerrilla-style ones?
The honest answer is that I can’t. Because during those other movies, Ali G and Borat and Bruno, everything is really about getting away with it. It’s about getting into the room and getting out of the room without getting caught.

Or killed.
Yeah. And what you actually do in the room is secondary. The first thing we do is find out where the escape routes are in case things go wrong, and we have a car running by the exit so I can get out fast if need be. We knew that if I got arrested then the movie was over, because they could take away my work visa. For Bruno, we actually hired someone whose only job was to prevent me from getting arrested. In the end, the guy actually ended up breaking my ankle by getting me to climb out of a 14th-story fire escape in Kansas and jump two floors down while wearing high heels and an S&M outfit that chained to my co-star. But I didn’t get arrested.

In other words, yeah, I miss the adrenaline. But the problem with adrenaline and those kinds of movies is that you start taking more and more risks, and you can only be lucky for so long.

Grimsby has a scene involving elephants that’s unforgettable — and unforgettably gross. Do you push boundaries like that in the hopes of giving yourself that same kind of thrill in a scripted movie?
Yes. I always put myself in the position of the viewer, and I think, “Would I actually pay money to see this film?” And if I would, I would want to see things that I had never seen before, and I’d want to laugh as hard as I’ve ever laughed. If I can’t do that — and that’s been the case with other films that I’ve developed — I end up not making it. That’s why I make so few movies. Most comedians make two to three films a year; I make one every three to four years.

You’re like the Daniel Day-Lewis of comedy.
[Laughs] Thank you. But you know, I think Hollywood has become more conservative since The Interview, and it’s harder to get edgy comic material shot. Something like the elephant scene is so extreme and so wild that the immediate response from the studios we pitched it to was “obviously you’re not going to shoot that scene.” Which, of course, triggers a light bulb above my head, and I think, “Well, that’s obviously going to be a really good scene, then.”

I realized that we had to do it as if it was in a very high-end action film, as if that scene was happening in The Bourne Identity. So we hired Ridley Scott’s prosthetics team, and they’re all a bunch of Oscar winners. We ended up making 14 tonnes of a particular type of fluid, which I won’t give away, and we had this incredibly complicated hydraulics system with two divers who were positioned in a specific way in case we drowned in the … aforementioned fluid. It was such a big operation — and that kind of thing does excite me, the idea of pulling off something like that.

When you’re doing a gross-out gag like that in 2016, do you feel like you’re an outlier in a comedy world that’s largely defined by, say, Judd Apatow and Melissa McCarthy?
I love Judd Apatow movies and Melissa McCarthy movies, and I think there’s a lot of really brilliant American and English comedy right now. But I don’t think that anyone has the same twisted sense of humor that I do. What I’m striving for is this uncontrollable laughter that I find it very hard for me to experience. It goes back to when I went to see the Python movies as a kid. I saw The Life of Brian when I was eight, and I remember being in the cinema with hundreds of people who were just rocking with laughter. I think that was the first place I had seen a naked woman, actually.

But after seeing Ali G resurface at the Oscars, it seems like the guerilla-type comedy is still an itch that you need to scratch.
I do miss it. But I think it’s a young man’s game. When you do that stuff, you have to be prepared for a small amount of risk. And my philosophy was always: “Well, if something bad happens, I’m single and everyone’s going to be alright if I end up in hospital for two weeks.” Now that I’m married with kids, it’s more difficult to justify. It’s also much harder to do in the world of Twitter and email. Back on Ali G, we spent three days in Washington so I could interview the majority of George Bush Sr.’s political cabinet. Today, you’d interview one of them, they’d send out a general email to everyone else and you’d be done.

Only Donald Trump was smart enough to see through the ruse.I don’t think he did! I don’t think he saw through the ruse. I think he’s a guy who’s not known for his patience, and the people I spoke to for those Ali G interviews were picked because they were incredibly patient people who were trying to explain an issue to a slightly — or completely — idiotic reporter.

Has being able to disappear behind them and keep a certain distance from the public helped you to stay grounded?
Yeah, that’s one of the best things about my work; essentially I’ve had my cake and eaten it too. I remember one time when there was a scandal in England where Ali G was accused of being racist. I wasn’t accused — Ali G was, because people believed that he was real. I was living in a block of flats that was mainly populated by 80-year-old Jewish women, and nobody really knew what I looked like. So even though there were press waiting outside of the apartment, they published photos of the guy who lived across the hall from me because he came out one day wearing a baseball hat and sunglasses. It was great!

I remember the first time the Ali G video came out, in the days before DVD, I went to a video store as Borat and stood next to the Ali G tapes, and it was a great feeling just being completely anonymous. This was before Banksy, so the idea of being a completely anonymous famous person was a new one, and it upset a lot of journalists. The Sunday Times asked to interview me a few weeks later and I refused to do it, so they wrote a massive piece saying that I was the most arrogant performer, that I’d been famous for 30 seconds and already thought that I was above doing an interview. But really it was just driven by the fact that if I revealed myself and that I was tricking people that I wouldn’t be able to continue doing the work. I intentionally kept myself away from the whole celebrity scene so that I could infiltrate it as different characters.

So you’re the Daniel Day-Lewis of comedy, and Banksy is the Sacha Baron Cohen of art.
Ha, exactly. I know Banksy, and he would probably agree with that!