He’s essentially a baby, this creature, totally unable to communicate or take care of itself. Loud noises frighten it; sudden movements make it scurry into the corner and cower. Eventually, it will learn to talk, to run, to experience happiness and fear, to hate and to love. It will be proud of its nickname: “Chappie.” And because it’s a highly developed, artificially intelligent robot — part of a line of cybernetic cops produced to police Johannesburg in the not-so-distant future — who’s being “raised” by the zef rap duo Die Antwoord, it will also learn how to talk trash and shoot up crime scenes with pink Uzis.

That’s the concept behind Chappie, the latest sci-fi mindblower from South African filmmaker Neill Blomkamp that drops a compelling nature-versus-nurture argument into one of his patented grimy, future-shock scenarios. Having helped a private firm manufacture security droids to maintain a national police state, a young engineer (The Newsroom‘s Dev Patel) develops an A.I. program that he installs into a spare robocop. The now sentient machine is then jacked by Die Antwoord’s Ninja and Yolandi Visser (playing meta-thug versions of themselves) and taught how to swagger, swear and use heavy weaponry; the plan is to turn the childlike Chappie into their partner in crime. Their ward, however, finds itself trying to deal with a newfound sense of humanity — and the fact that it can never be human.

Like the 35-year-old writer-director’s previous movies — District 9 (2009) and Elysium (2013) — his new work combines a realistically dingy, D.I.Y. look with cutting-edge visual effects and a smart, savvy sense of using science fiction to get at bigger issues. It also features explosions, crazy bot-on-bot action sequences and Hugh Jackman and Sigourney Weaver as corporate villains. As Blomkamp tells Rolling Stonewhen he sits down to talk, he’s trying to deliver thrills and deep thoughts in a way that isn’t mutually exclusive. “You can change the lens through which a person looks at something. But you have to do that without violating the reason that someone paid for a ticket in the first place.” 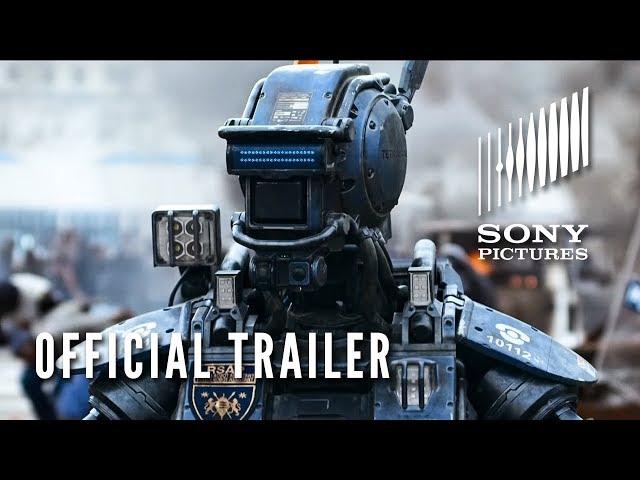 This was originally inspired by a short you did — Tetra Vaal — correct?
The genesis of the short and Chappie are actually separate. A lot of my favorite directors — Ridley Scott, David Fincher, Michael Bay — first broke into filmmaking by making commercials and music videos. So around 2004, I started directing these little pieces here and there, just to have things to put on a reel and get ad work. One of these things was a visual-effects heavy ad for a fake robotics company: Tetra Vaal. It’s so freaking weird, that short, but it did get me into a commercial production company, so it did its job.

Years later, while I was writing Elysium, I was listening to Die Antwoord while I was writing very late at night — and suddenly this thought just came to me out of nowhere: What if this band were to raise one of Elysium‘s artificially intelligent robots, but with a clean slate? And they tried to make it do all the illicit shit they do? What kind of fucked-up movie would that be?!?

So Terri [Tatchell, Blomkamp’s co-writer and wife] and I wrote the script for it in two weeks. Then we went off and made Elysium, and the pages just sat on a shelf for two years. But I liked the idea so much, and what we’d come up with in the writing, that I never contemplated doing a different film. And when it came time to name the robotics company, I thought: Well, it’s Tetra Vaal. Of course they’d be the ones doing this. It had just come full circle.

And Die Antwoord was involved from the very beginning?
Yeah, it was conceived with the idea that they’d not only be in it but play a version of themselves. The music thing didn’t work out, so now they’re running around South Africa and committing crimes…they seemed OK with that idea for some reason [laughs]. That was the one sticking point with the studio: They loved the script but they weren’t crazy about having a big, effects-heavy movie starring South African rappers, one of whom has tattoos on his face. “They appear genuinely crazy,” I think somebody said. And I had to keep saying, “Trust me on this one.”

People have asked, “Could you have made this movie in any other place besides Johannesburg?” And the answer is, sure; I actually wrote an alternative version of the script that takes place in America, because I was determined not to repeat myself. But if we’d done it in, say, L.A. with Die Antwoord, it would have turned into this fish out of water thing. So we kept it in Johannesburg solely so we could use them. That’s how bad I wanted them in this film. It just meant I had to film Joburg a little differently than I had before.

The city adds to the whole contemporary-dystopia feel of the movie.
Are you calling Johannesburg a contemporary dystopia?

Kind of.
[Laughs] Because it totally is. I didn’t have to change anything, really; I just filmed in certain places, and it naturally looked like science fiction. Johannesburg can also look and feel like Beverly Hills in other areas. It’s a strange place.

Because you’ve made three films in South Africa that have a fairly high political subtext, do you worry that people might focus on the “message” — and end up ignoring the movies themselves?
It’s an interesting question. I mean, District 9 and Elysium most certainly are highly politicized statements…they’re also pieces of entertainment, and if they don’t work on that level, then they don’t work, period. Filmmakers need to remember that audiences go to the theater to escape for two hours, not to be lectured to. If you really have a message you need to get across, you’re better off making a documentary. Feature films are not the most efficient ways of getting your point across.

But what they are good at, especially science fiction and fantasy, is twisting a topic so that you view things in a completely different light. You can change the lens through which a person looks at something, but you have to do that without violating the reason that someone paid for a ticket in the first place. That was the problem with Elysium.

Can you elaborate on that?
I love concepts more than stories. The idea of this jewel floating in the sky, filled with rich people who’ve left Earth as a shithole for poor people — to me, that satirical idea is pure gold. Then when it came to the story, I found myself kind of going, “Eh.” That’s not a good place to be. I have to make sure that a viewer has a sort of campfire experience — the full beginning to end thrill of watching someone go on a journey. I feel like I finally got that mix right with Chappie; it feels like it’s being transmitted out of my head to the audience in a way that’s not just good, but popcorn-good [laughs].

I feel like, in a lot of ways, filmmaking has become used up. We just seem to be cannibalizing ourselves, and the whole corporate-sausage-factory notion of summer blockbusters — I just can’t take it any more. So I’m really interested in building a fantasy world of my own from the ground up. It would have to be something really monumental to get me to change my mind. [A week after we talk, Fox will officially hire him to reboot the Alien franchise.]

So does that mean there will never be a District 9 sequel?
I would really like to make it. I would love for it to exist, and the story I have for a District 10 movie is really cool. It’s just more of a timing thing. It takes three years to make a movie like that, which is three years I don’t get to play in another, different sandbox, you know? I keep going back and forth on it. But we’ll see.

You were quoted as saying that you had wanted to make Chappie because you were curious “if something is as smart as you, do you treat it differently if it isn’t human?” Now that you’ve made the movie, do you feel like you’ve answered that question?
I do. To witness that character interacting with humans, I felt like I emphasized much more with him than I thought I would. I feel like I got as close to answering the questions I had about the subject going into the film as I’ll ever get.

Do you feel like we’ll see a sentient being with advanced artificial intelligence become a reality in our lifetime?
I did when I started making Chappie. But in the last year or so, I’m not sure we’ll see it in our lifetime, or maybe ever. From what I’ve seen, I’m sure that engineers will eventually get to the point where they can create an artificial intelligence that can pass the Turing test and is smart enough to mentally fuck with us. But it will never get to the point where A.I. beings will come up with a concept or create something. The “uncanny valley” gap may close up a little bit, but in terms of A.I. right now, we might as well be on the other side of the Grand Canyon [laughs].

Chappie is in Australian cinemas from Thursday, March 12.