Head to the movies this weekend to see Logan Lucky, and you’ll see more than Steven Soderbergh ending his moviemaking retirement phase and returning to the big screen. (You’ve been greatly missed, sir.) You’ll see more than just Channing Tatum and Adam Driver playing down-on-their-luck Southern brothers who hatch a plan to rob the Charlotte Motor Speedway. You’ll even see more than Daniel Craig sporting a bottle-blond crop-cut hairdo and Seth MacFarlane sporting something on his head that looks like a cross between a mullet, a Jheri curl and roadkill.

You’ll also get to see a textbook case of how to make a heist film. Of all the movie genre staples, this particular flavor of crime-flick is among the most pleasurable and familiar. The conceit is right there in the name: A bunch of guys — it’s almost always guys, though that’s beginning to change — team up to swipe something valuable from a seemingly impenetrable stronghold, often with the odds stacked against them. Audiences love this brand of cinema du bad behaviour precisely because we get to live vicariously through it, going along for the ride while crooks try to pull off their daring plan and ride off into some metaphorical sunset.

But as well-acquainted as viewers are with the heist film — whether it’s The Killing, Rififi, Ocean’s Eleven or Inception — it’s still important for filmmakers to adhere to some basic principles before hatching any and all cinematic swindles. So consider this a Heist Movie 101: our foolproof point-by-point breakdown of how to make the perfect crime film, using Logan Lucky as a case study. Follow these half-dozen rules and we guarantee you’ll get away scot-free — or, at least, land a decent Rotten Tomatoes rating.

(And don’t worry: This is a relatively spoiler-free discussion of the Soderbergh movie. Though you may want to proceed with caution regarding No. 5 if you have not seen some of the other movies we’re talking about.)

1. You Need a Team, Whose Members All Have to Have Different Personalities
As Logan Lucky demonstrates, a heist works best if you have a Noah’s Ark of different types of bandits working together. The movie’s core team consists of the Logan siblings — brothers Jimmy (Tatum) and Clyde (Driver), and lil’ sis Mellie (Riley Keough) — but their familial bond don’t keep them from having distinct personalities. (Jimmy’s the natural charmer; Clyde’s a bit more taciturn; Mellie is the smart-ass spitfire.)

The reason behind this narrative strategy is that, because these movies tend to consist of large ensembles, viewers need to be actively interested in each team member so that nobody just drifts into the background. In other words, having George Clooney in Soderbergh’s 2001 remake of Ocean’s Eleven is good. But pairing him with Brad Pitt and Matt Damon and Don Cheadle – and even Carl Reiner – is even better. They all have well-established (and distinct) onscreen personas. Half of your work is already done.

Quentin Tarantino understood this when he populated his debut caper film Reservoir Dogs with a bunch of white dudes in sunglasses and matching black-and-white outfits. He was smart enough to create that memorable opening sequence at breakfast, where the guys shoot the shit about everything from tipping to the secret meaning behind Madonna’s “Like a Virgin.” In a few short minutes of funny, profane and pop-inflected dialogue, these seemingly anonymous tough-talking crooks are transformed into individuals nearly as colourful as their code names.

2. You Usually Need One “Ethnic” Guy for Diversity
When assembling your movie heist crew, you always make sure it’s a mix of characters with complementary skill sets: the brain, the brawn, the explosives expert, the getaway driver, the fleet-finger pickpocket, the psycho, etc. There’s also a lamentable genre tradition, however, that the crew normally has one token minority character who’s treated in a somewhat patronising manner. The original Ocean’s 11 had Sammy Davis, Jr.; the remake had Don Cheadle and Bernie Mac, though the character who more aptly fits this description is Shaobo Qin’s Yen. This member of the team is important, of course, but mostly his value is to provide a funny accent, multicultural perspective or some quirky talent that nobody else in the group possesses – Yen can do acrobatic stunts, which mostly makes him the equivalent of a fun party trick around the rest of the star-powered ensemble. (He’s a great example of the token “foreigner” character that often shows up as a variation of this in heist films as well – see also Inception‘s Dileep Rao.)

Soderbergh actually tweaks the formula a tiny bit with Logan Lucky, casting James Bond superstar Daniel Craig as the hillbilly crook Joe Bang. With his thick Southern accent and expertise in explosives, Bang is a rascally redneck played by an English actor … which is as close to an Adorable Foreigner as this Red State-centric heist film has.

3. The Actual Plan Needs to Be Laid Out in the Coolest Way Possible
Among the biggest challenges of the heist movie: making the plan understandable without bogging the audience down in exposition and minutiae. The gold standard of this technique remains Ocean’s Eleven, as George Clooney’s Danny Ocean talks the team step-by-step through what they’ll need to do to rob the targeted Vegas casinos — and what all the obstacles will be. 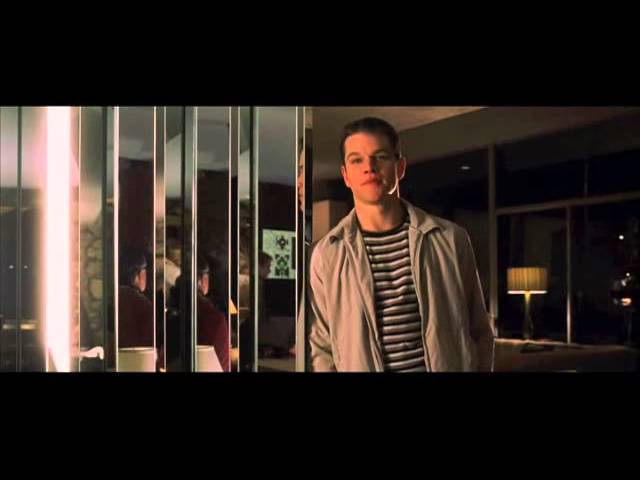 Often, this kind of info-dump is done through a slick montage or divvied up in small chunks throughout the movie. What’s crucial is that we have a sense of the geography of the plan so that we care what’s happening and why it’s happening. But let’s be honest: Ultimately, we don’t need to know all the ins-and-outs just so long as we feel confident that the team knows what they’re doing. In Logan Lucky, Soderbergh strikes a nice middle balance: The movie presents some of the plan’s details near the beginning of the second act, after the makeshift crew has been cobbled together. But it doesn’t present all of them at once, forcing the viewer try to catch up with those crafty Logans as things go along. And when a third act flashback suddenly replays what seems like a throwaway moment and recasts it as being crucial to a plan within the plan … well, you’re reminded that there’s a lot of fun to be had messing with audiences’ perception of the actual heist.

4. Throw in One Final, Impossible Wrinkle to the Mission at the Last Minute
Of course, the heist has to be challenging … otherwise, what fun would it be to see if these pros can pull it off? But just before the characters prepare to launch their scheme, a new problem has to present itself — something that elevates the difficulty from Nearly Impossible to Super-Duper-Crazy-Impossible.

In Logan Lucky, that moment comes when the crew discovers that, thanks to some bad information, they can’t rob the racetrack’s underground vault during the off-season as they originally planned. Instead, the Logans will have to stage their daring heist in the midst of a popular NASCAR race, the Coca-Cola 600. The plot twist has echoes in previous classic crime capers, like 1951’s The Lavender Hill Mob, in which Alec Guinness’ bank clerk realizes that his scheme to steal some gold bullion has hit a roadblock. (To wit: The Eiffel Tower replicas he’s using to secret the treasure end up getting accidentally sold to some young ladies.) The heroes of heist movies have to be smart — and, as if often the case, they also have to think on their feet when their plan goes pear-shaped.

5. Include a Killer Twist After We Think the Heist Is Over
Because we’re on the side of the bandits, we assume that the filmmaker won’t con us the same way that the crooks have tricked their easy marks. And every time we make that assumption, we get played — usually near the film’s exciting conclusion.

For Now You See Me, we’re sideswiped by the reveal that Mark Ruffalo’s FBI agent was part of the Four Horsemen team all along. In Inside Man, it turns out Clive Owen’s expert thief got away with bags of diamonds after it seemed he’d escaped Denzel Washington’s cop empty-handed. The Sting won Oscars while fooling its audience into thinking Paul Newman and Robert Redford’s grifters have been shot dead — except it was actually part of an elaborate ruse to get back at their nemesis. And, of course, there’s The Usual Suspects, where the infamous Keyser Söze turns out to be Kevin Spacey. (The initials should have been a dead giveaway.) 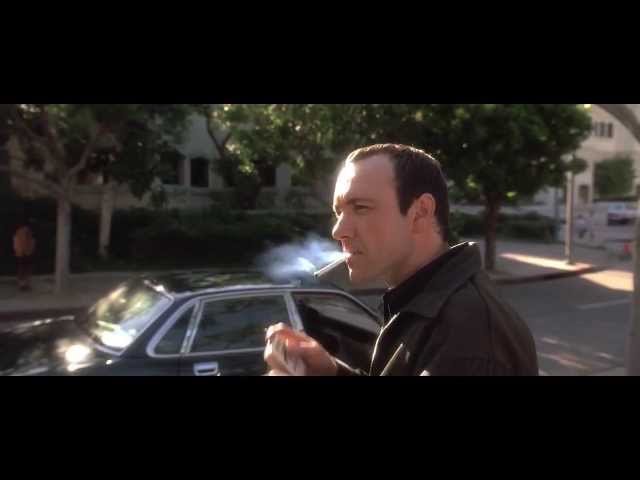 In films ranging from Side Effects to The Informant!, Soderbergh has often played with misdirection, letting us assume things about his characters and then springing surprises down the home stretch. That’s no different with Logan Lucky, where the heist isn’t nearly over when we think it is. We won’t reveal anything, but we do advise viewers to pay close attention: There are hints throughout the film that what we’re watching actually isn’t all that’s going on.

6. Let the Team Get Away … Then Make Everyone Wonder If They Did
Because so much of the heist movie’s plot is about breaking into the bank/vault/casino/stronghold, we often forget the other major suspense point: Will they be able to get out? That second concern is often even more hair-raising than the first — and it’s the one filmmakers sometimes love using to toy with our emotions. After all, criminals might be able to crack a safe – but can they stay safe?

Soderbergh let this nagging question have the final word in Ocean’s Eleven, concluding with a shot of Danny Ocean and his crew driving down the open road … but with an ominous car following behind. For the original Italian Job, Michael Caine’s crew is involved in a literal cliffhanger at the movie’s end, as their prized gold sits teetering in a bus that’s perched perilously close to a cliff’s edge. In Christopher Nolan’s Inception, the getaway is more metaphorical: Leonardo DiCaprio’s mind thief Dom Cobb wants to believe he’s fulfilled his final mission and is now reunited with his kids … but that slowly spinning top on the table suggests he may still be trapped in a dream.

As for Logan Lucky, it wouldn’t be fair to spoil what happens. But let’s just say that it leaves the door open to multiple interpretations of what “getting away with it” might mean. And like the best heist movies, Logan Lucky keeps wowing us with its inventiveness — and then it makes sure the ending doesn’t leave viewers feeling robbed.