Go back to December 1997, courtesy of whatever streaming service you favour or your vast DVD collection, and head directly to the 22-minute mark of Gus Van Sant’s artisanal version of a feel-good movie, Good Will Hunting. Maybe you remember seeing that baby-faced lead actor before as one of the School Ties‘ anti-Semites, or that wraith of a military-veteran junkie in Courage Under Fire, or that eager-beaver legal eagle in the John Grisham potboiler The Rainmaker.

But chances are good that Hunting is the movie where Matt Damon initially showed up on your who’s-that-guy radar, and the scene to focus on is probably the first one that comes to mind when you think of this Oscar-winning drama. Having hit up a Harvard bar with his Southie buds, Damon’s burly janitor/boy genius lays in to an elitist ponytailed prick who’s trying to get the digits of a coed. We’ve already seen Will use his fists on a local, and the kid can fight. But here, he verbally eviscerates the Ivy League douchebag. And when he runs in to the guy later at a Dunkin’ Donuts, the working-class math wiz inquires the entitled a-hole about his produce preferences. “I got her num-bah,” he says, in full Boston-gloating mode. “How you like them apples?”

Now fast-forward to July 2016, where — if you’re like a lot of folks who helped the No. 1 movie at the box office this weekend net a $59.6 million haul — you saw Damon reprise his Jason Bourne role in the latest Jason Bourne movie that, should you be unclear as to who this franchise entry is about, is called Jason Bourne. Go to roughly the same point in this new film, and you’ll also find the star dealing with a guy or two hassling a female. The woman happens to be a rogue C.I.A. handler, and the dudes are government thugs. (Spoiler: They do not want her phone number.) Luring the gents away, he gets them to enter a small, enclosed space, and proceeds to ruthlessly, efficiently, gracefully beat the snot out them. We’ve seen him do this before, sure, but it’s been a while. Damon doesn’t say a word. He just unleashes a series of moves that leaves you thinking he’s the Baryshnikov of Krav Maga.

In a career that now spans about a quarter of a century, we’ve watched Matt Damon play lonesome cowboys, lawyers, and Liberace’s boyfriend. He’s walked in the desert, grown potatoes from his feces, learned life lessons from magical Negroes, and been stranded on too many planets to count. He’s even bought a zoo. But whether the actor is carrying a movie or merely adding a healthy dose of nice-guy vanilla extract to all-star ensembles, Matt Damon has really only played three parts that have earned him name-in-the title status: Hunting, The Talented Mr. Ripley, and Jason Bourne. (Four if you count Saving Private Ryan, and we’re not counting its. It’s Tom Hanks & friends joint that just happens to feature Matt Damon.) And only one of those has demonstrated what, out of all the genres he’s dabbled in, may in fact be his true calling. Damon is genuinely a stealth action hero at heart. His secret weapon is being a secret weapon. 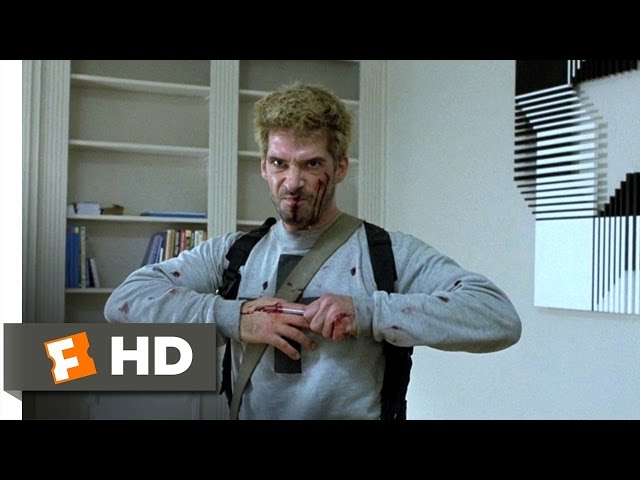 None of which was evident when the then–32-year-old actor was cast in The Bourne Identity in 2002, which was the second most questionable call of turning Robert Ludlum’s superspy being turned into a 21st century big-screen badass. The first, of course, was that this Reagan-era hero, sprung from the head of a prolific, airport-pulp novelist, would be the perfect franchise firestarter for the new millennium. (Bourne literally was your father’s action-lit hero.) A TV miniseries starring Richard Chamberlain (!) as the amnesiac killer had been attempted in 1988, and left as little impact on our collective memory as the spy’s past had left on his. No one knew that the War on Terror was just around the corner while folks developed the blueprints for the Bourne movies in the early aughts, or that the talented lad who cried in Robin Williams’ hairy arms had an inner MMA fighter lurking within. Play poker against an Oreo-licking, scenery-chewing John Malkovich? Totally. Sweep the leg of a guy with a machine gun who just crashed through a window, crack his limbs and stab the dude with a pen? Did not see that coming.

That’s the Identity scene that really sells the idea of Damon as an agile action hero — or more specifically, that his lean, mean, government-trained killing machine could be the template for an entirely different type of action-movie hero, one more suitable to the moment than the traditional steroidal he-man. The Stallone/Schwarzenegger model wasn’t necessarily going to cut it now, nor, for that matter was a dapper agent with a martini in his hand and witty quip on his lips. (To say that the Bond films changed tact, and wisely so, would be an understatement.) What was needed was someone espionage-savvy who played dirty in a dirty-bomb age even if he seemed as superficially whitebread as a Midwestern all-state wrestler. Someone smart enough to have read a book and lethal enough to then use that same book as a weapon. 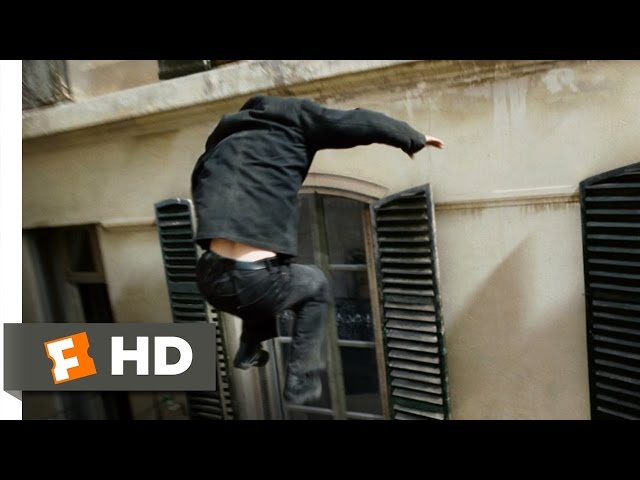 In fact, Damon’s very ordinariness and intelligence helped sell the sort of death-from-above notion of the Bourne movies as much as director Paul Greengrass’ shake-and-break style of filmmaking for 2004’s The Bourne Supremacy and 2007’s The Bourne Ultimatum. The idea that the world’s deadliest black-ops agent was the handsome boy next door felt like an extension of the Navy SEAL commandos who held BBQs with their family and then were air-dropped into compounds to take out terrorist suspects. He’s also the type of actor who’s never shied away from being physical, whether it was going Method-emaciated (Courage Under Fire, where he dropped 40 pounds and ended up getting sick) or bulking up (the rugby v. Apartheid drama Invictus) but has never come off as a lunkhead — if anything, he often seems to play smart even when he’s playing dumb (see The Informant).

And he’s always come off like someone who could handle himself without drawing too much attention to the fact. It’s a key element to Bourne, that ability to blend into a crowd with nothing more than a baseball cap pulled down close to his eyes. It’s an old movie star trick that Damon has copped to using in public. In Jason Bourne the character uses it to go incognito in a spy-security convention, where he swipes surveillance gadgets. Ponder that irony for a second.

Still, folks apparently recognised Damon enough in public to approach him in airports, coffee shops, etc. and keep asking when he was going to make another Bourne movie, so here we are, once again watching Damon rip the legs off of a chair to disarm an enemy and go elbow a elbow with the epitome of screen ugly-handsomeness, Vincent Cassel, in a casino. Yes, the star is older now and a little thicker, if not slower. But as Liam Neeson has proven, you can age gracefully while pummelling people using a very particular set of skills. Damon has proven he has those skills, and it’d be a shame to let said skills go to waste.

Folks may be a little divided on the merits or relevance of another Jason Bourne movie existing at all, even with the torn-from-the-headlines data-privacy paranoia subplot; the phrase auto-sequel was bandied about a lot on Twitter this weekend. And whether this movie continues to make millions past its opening weekend or not, we begrudgingly admit It may be time for him to call it a day as the Spy Who Forgot Then Remembered and Got Really Angry. But as Robert Warshow once said, “A man watches a movie in which Matt Damon rides motorcycles up staircases and stabs folks with a pen, and the critic must acknowledge that he is that man.” (We’re paraphrasing slightly.) Damon will go on to do a variety of other roles, playing schlub everymen for Alexander Payne and a suburbanite for his pal George Clooney and probably Abraham Lincoln or Moses or a gender-flipped Amelia Earhart in the near future, because he’s an A-list star and that what A-list stars do. (Just don’t battle monsters in China and throw fuel on a three-alarm cultural fire already in progress. Oh, wait.) We hope some of those still involve fighting people in hallways and rooftops.