Wonder Woman is the first female-driven superhero movie to hit multiplexes since 2004’s disastrous Catwoman – and in between these two comic-book–cinema poles, there’s been a glut of films with masked and/or caped dudes fighting injustice and taking on imposing foes. But what’s remarkable about this blockbuster (U.S. opening-weekend box office haul: $100.5 million domestic, $223 million globally) is that it may be the first comic-book film in which the obstacles aren’t solely demigods, diabolical villains or a dark, tragic backstory but, rather, a society predisposed to hold back women. And while the new movie, which stars Gal Gadot as the mighty Amazon warrior princess, takes place near the end of World War I, the film couldn’t be timelier or more in tune with real-world gender imbalance. Other superheroes have it tough – Diana has to save the world and battle sexism. Let’s count the ways. (Warning: There will be Wonder Woman spoilers. Lots of them.)

1. She Gets Mansplained Constantly
Director Patty Jenkins has devised Wonder Woman to partly resemble a fish-out-of-water comedy: Gadot’s Diana leaves her gorgeous, hidden paradise of Themyscira to accompany U.S. secret agent Steve Trevor (Chris Pine) to London to help end World War I, discovering along the way that humans’ lives are very different than those of the gods. A lot of the humor involves our otherworldly heroine not understanding Earth customs – for instance, people prefer you wear petticoats in public instead of a bustier and not carry around a big sword. It also gives Steve numerous opportunities to lecture her.

Until she shows off her ability to be a ferocious warrior, Diana is at the mercy of endless mansplaining: why it’s dangerous to fight the German army on her own; why she shouldn’t be speaking during a meeting of male British officers; why she’s wrong in her belief that the god of war Ares is behind the German aggression (in the form of Danny Huston’s fuming General Ludendorff). As a result, Wonder Woman may be the only superhero movie where the titular hero is told again and again that the way she sees things is incorrect.

In part, this is because Steve, the film’s love interest, wants to protect her – the film’s best running joke, naturally, is that she is the last person who needs help. She can take care of herself just fine, thank you, especially when it comes to, say, being able to throw tanks around like they’re toy Tonka trucks and dispatch any number of bad guys with her fighting skills. But more importantly, she consistently proves that she’s smarter than all the concern-trolls around her. In fact, it’s one of the film’s main themes: Just because men think they know best about how the world works – whether it be warfare or social niceties – that doesn’t necessarily make it so.

2. She’s Judged on Her Looks
Repeatedly, Wonder Woman’s male characters are stunned by how beautiful Diana is. (Steve’s all-male ragtag team can’t believe there’s a whole island of women who look like her.) Of course, such reactions are understandable: Diana is a statuesque Amazon goddess, and she’s played by Gadot, a former model. But the fact that her beauty is commented-upon is an anomaly in the superhero world: It’s hard to recall anybody in a Superman or Batman movie talking about how drop-dead handsome those characters are. (If anything, their heroism or sense of honor as much as their physique is what attracts women to them). Even when Chris Evans’ broad, naked chest is spied in the Captain America movies, it’s a jokey beefcake moment played somewhat tongue-in-cheek, the filmmakers tweaking the cultural dominance of the male gaze.

But Diana doesn’t let her attractiveness hold her back, and Jenkins cleverly subverts the typical Pretty Woman-style dress-up montage in a sequence where Diana goes to a London store to find clothes to help her blend in. With every prim-and-proper outfit she tries on, our heroine is frustrated by how restrictive the clothing is, keeping her from doing the leg kicks and quick moves she’ll need in battle. Sure, each wardrobe change is flattering, but the outfits get in the way of her identity as a warrior.

And, pointedly, Diana never uses her looks to gain an advantage. Think back to James Bond and Indiana Jones movies, where it’s common for the pretty female love interest to flirt with the bad guys, seducing them into getting what out heroes want. Diana doesn’t wield her beauty as a weapon, and even when she’s in her skimpy Wonder Woman regalia, Jenkins limits the sort of lingering shots that would provoke viewers to admire her body. We’re always reminded that, hey, her eyes are up here, buddy. 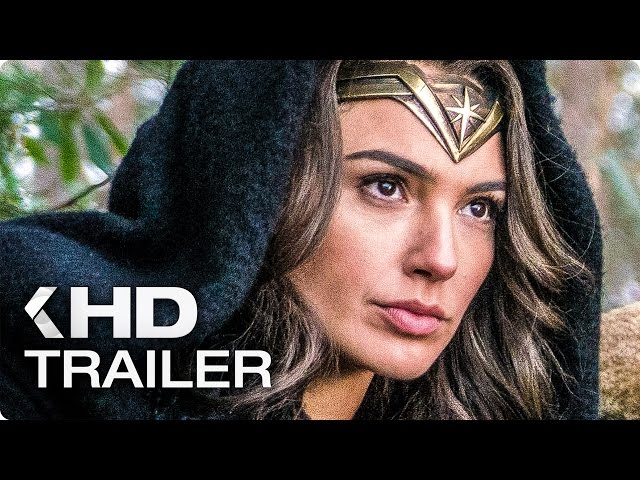 3. She’s Compassionate, Which Is Somehow Treated as Weakness
We now live in a comic-book universe in which it’s commonplace for whole city blocks to be levelled by superheroes while battling an arch-nemesis. Batman v Superman paid lip-service to the human toll that such devastation reaped, using Man of Steel‘s unseen body count as an impetus for Bruce Wayne’s anger at Superman. But Wonder Woman amplifies that concern in a meaningful way, giving us a Diana who can’t stop pausing to consider individual lives.

When Diana first arrives in London with Steve, walking the streets as they hatch their plan, she takes a moment to coo at a cute baby in a nearby stroller. Later, when she’s on the frontline and bullets are flying every direction, she worries about the British soldiers who are starving and pinned down in their foxholes, unclear why Steve won’t let her help them. He tells her that she can’t save everybody and that she needs to consider the importance of their overall mission. Diana, however, doesn’t understand why those are mutually exclusive concerns.

It’s a reductive truism that women are more empathetic, while men are allegedly more pragmatic. But Wonder Woman plays with the cliché, making the argument that Diana’s small shows of compassion are part and parcel with her overall philosophy: that we ought to care about each other, preferring peace to war. Yes, that’s a simplistic sentiment – and, right, this is still a comic-book movie with plenty of heavy-duty action. But Diana’s violence is directed at those who try to propagate hatred. Plus, she doesn’t use guns, and finds it monstrous that there’s such a thing as snipers who kill from a far remove from their victims. The only person she really wants to kill is Ludendorff, whom she believes is the physical manifestation of Ares. Otherwise, she mostly deflects bullets and restrains bad guys with her magical lasso. More macho superheroes might snicker at this touchy-feely form of crime-fighting, but Wonder Woman gets the job done while preserving a sense of personal morality.

4. She Keeps Her Pain to Herself
On an episode of 30 Rock, Liz Lemon told off Tracy Jordan, who claimed women aren’t funny, by famously taunting, “Maybe things that men like are boring to women … Football, motorcycles, steak restaurants, really dark superhero movies: These are things that suck.”

Lemon’s frustration at male entitlement was based on all the comic-book films that aped Christopher Nolan’s once-inspired notion of treating Bruce Wayne’s tragic backstory seriously. But the moment the concept calcified into super-schtick posing as significance, the whole notion of the deeply tortured superhero started to feel like aggro-sensitive nonsense. Apparently, to stand up for truth, justice and the American way, or to right a city’s wrongs, you really needed to brood to signify a character’s depth and gravitas – especially in the DC world. But by Batman v Superman: Dawn of Justice, the ponderous, mopey gloom felt suffocating – just watch the incredibly embarrassing “Save Martha” scene during those characters’ epic showdown.

Thank god, then, that Diana does not mope or muse herself into paralysis – she simply has no patience for it. And that’s not to say that Wonder Woman lacks heartbreaking moments that deeply affect Diana. Her aunt and mentor (played by Robin Wright) dies protecting her. She disobeys her mother (Connie Nielsen), the Amazons’ queen, to journey with Steve, realising as a result that she may not be able to return to her homeland. And, ultimately, she loses her beloved, who sacrifices himself so that others can live. (We’re not sure that death is so cut-and-dried, though, since Pine has supposedly signed on for sequels.) That’s plenty of tragedy for one movie – and though she grieves for these people, she isn’t incapacitated by her sorrow, instead moving forward with an uncommon focus and resolve.

This way of behaving is totally foreign to the modern superhero experience. We’ve become accustomed to caped crusaders crippled by their inner pain. Iron Man regrets the enormity of his power. Batman can’t go 30 minutes without pining for his slain parents. Bruce Banner wrestles with his anger, eternally fearing of turning into the Hulk. Superman has lost his entire home planet.

Wonder Woman seems far more emotionally healthy than her male cohorts – and it’s hard not to think that the movie is again slyly commenting on gender clichés. When men have problems, it’s treated with severe, furrowed-brow solemnity; when women are upset, they’re dismissed as being emotional. Diana has barely spent any time around mortal men, so it’s interesting to see how she’ll react to all the gloomy gusses she’ll team up with in the upcoming Justice League movie. She may very well be tempted to tell them to lighten up a bit – though we expect she’s far too empathetic a person to say such a thing, which is lucky for those sensitive, brooding superboys.