Teenage Mutant Ninja Turtles is currently the number-one movie in America — a development largely viewed like it’s a plot by the evil Shredder himself. Technically directed by Jonathan Liebesman, this blockbuster reboot bears the stamp of its superstar producer, Transformers maestro Michael Bay: a sturdy children’s-toy concept sits uncomfortably alongside destructive urban combat and awkward double entendres about turtle erections. Garnering bad reviews from both film critics and nostalgic fans, it nonetheless displaced its direct competitor, the much, much better-liked Guardians of the Galaxy, to seize control of the box office. Cowabungled, dude.

But a closer look at TMNT history reveals that the film’s success is less of a surprise than you’d think. Like the Turtles themselves, the franchise began as something simple, then mutated into something much bigger and bolder. Money, not mutagenic ooze, was the catalyst. And in capturing the hearts, minds, and allowances of yet another generation of kids and tweens despite their parents’ chagrin, these ninjas are doing exactly what they were trained to do.

Most of the action-figure/kids’-cartoon juggernauts of the Eighties were developed the old-fashioned way: by corporations. He-Man and the Masters of the Universe began in the design department of toy behemoth Mattel. Its rival Hasbro teamed up with Marvel Comics to revive its old G.I. Joe concept, this time making its toy soldiers the same size as the smash-hit Star Wars action figures to which Mattel had passed up the rights several years earlier, with their “Real American Hero” relaunch. The Hasbro/Marvel team-up found similar success when it rebranded several lines of robot toys Hasbro had licensed from Japanese toy company Takara as the Transformers.

By contrast, the Turtles literally started out as a joke. Co-creators Kevin Eastman and Peter Laird were comic-artist wannabes when they spent a November 1983 evening doodling the masked, weaponized reptiles to entertain themselves. Each adjective in Turtles‘ title represented a hot superhero-comic trend at the time — mutants were the stars of Marvel’s Uncanny X-Men; DC’s New Teen Titans had teenage protagonists; and future Sin City impresario Frank Miller had stuffed his groundbreaking run on Daredevil full of ninjas. By throwing it all together atop a funny-animal framework — which, from Carl Barks’ Donald Duck to Steve Gerber’s Howard the Duck, had long been a route to comic-book gold — Eastman and Laird simply obeyed the Spinal Tap doctrine of cranking it to eleven.

Even when Eastman and Laird self-published the first full comic-book issue of Teenage Mutant Ninja Turtles the following year (funded primarily by Eastman’s tax return and a loan from his uncle), things continued in the same parodic vein. Daredevil‘s sensei Stick became the sewer-rat ninja master Splinter; Miller’s ninja enemies the Hand became the Foot Clan. Even the origin of these unlikely heroes came from Marvel’s blind vigilante, since all Eastman and Laird did was move the proverbial camera a little to the right and show the radioactive goop that gave Matt Murdock his extrasensory abilities hitting a bunch of pet turtles as well.

Of course, few people use “hey, let’s goof on a bunch of random shit we love” (which by now included the names of famous Renaissance artists Leonardo, Donatello, Michelangelo, and Raphael) as either a business plan or a path to fortune and glory. Indeed, Eastman and Laird were surprised enough by the first issue’s modest success in the “direct market” of comic-book shops, still in its infancy, that it took them another year to come out with a second issue.

But raw, exuberant enthusiasm fuels the best parodies – just ask “Weird Al” Yankovic, who earned his first number-one album the week before the new Teenage Mutant Ninja Turtles topped the box office. In Eastman and Laird’s case, the ridiculousness of their concept, coupled with the scratchy black-and-white art and the relatively gritty martial-arts violence they’d cribbed from Miller, connected with fans of the real stuff as well. A surprise smash, TMNT spawned an entire “black-and-white boom” of scrappy (and in some cases sketchy) self-publishers churning out cheaply made genre pastiches, eagerly bought up by comic stores in search of the next big thing.

Ultimately, it wasn’t Eastman & Laird’s idiosyncratic combination of goofball parody and grim ninja combat that turned the Turtles into decades-spanning multimedia icons: It was the multimedia companies themselves, who oversaw the the amphibian heroes’ mutation into the softer, smoother, sillier superstars they are today. The transformation began when licensing agent Mark Freedman, acting on his own initiative, connected Eastman and Laird with a little-known toy company called Playmates. Recognizing the recipe for success shared by He-Man, G.I. Joe, and the Transformers — a syndicated animated series that effectively served as a regularly scheduled half-hour commercial for the toys — Playmates insisted on producing the cartoon before the toys hit shelves.

So aside from the basic “teenage,” “mutant,” and “ninja” components, everything we associate with the Turtles today came from an entire team of ad men, artists, toy execs, and screenwriters. The color-coded masks, the distinctive personalities (Leonardo the leader; Donatello the tech expert; Raphael the rebel; and Michaelangelo the “Cowabunga!”-shouting “party dude”), the catchphrases (“heroes in a half shell,” “turtle power”), the obsession with pizza — this wasn’t the work of a pair of Northampton, Massachusetts dreamers. It was state-of-the-art marketing made to move units and score ratings.

And it worked. Debuting in 1987, the cartoon would run for almost a decade, with additional series to follow, including a CGI version that does big numbers for Nickelodeon today. The ever-expanding toy line was the tip of a merchandising iceberg that included breakfast cereals, video games, and pretty much everything a growing boy needs. The post-Tim Burton Batman boomlet in live-action comic-book movies saw an entertaining 1990 TMNT flick, with turtles designed by Jim Henson’s Creature Shop, and three sequels (two live-action, one CGI) with distinctly diminishing returns. Its soundtrack spawned an honest-to-god hit single in “Turtle Power” by Partners in Kryme; it went to #13 in the U.S. and topped the chart in the U.K., though it’s since been overshadowed in the public imagination by Vanilla Ice’s infamous “Ninja Rap” from TMNT II: The Secret of the Ooze. 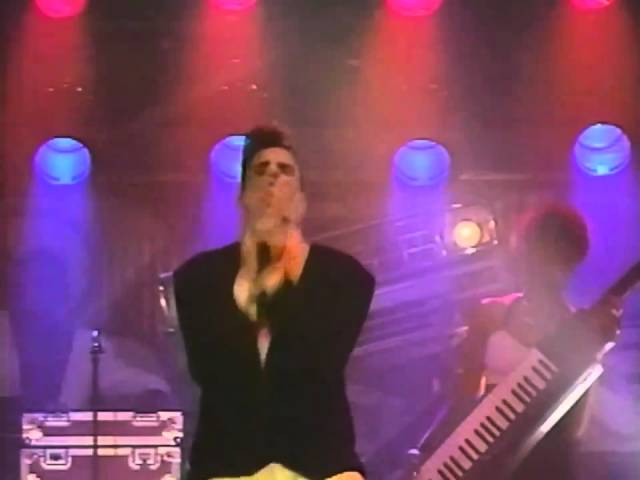 Since that first cartoon aired, the comics have largely been an afterthought. Eastman and Laird, mostly separately, have each remained involved in the production of various Turtle comics at various points; Eastman co-writes and illustrates the current series from publisher IDW. And both creators have used their Turtle fortunes to fund more cutting-edge comics enterprises: Eastman founded the shortlived alternative-comics publisher Tundra and bought out the legendary sword & sorcery/sex/sci-fi comics magazine Heavy Metal, while Laird established the Xeric Grant to pay for the self-publication of some of the field’s most genuinely avant-garde work. Neither man owns the rights to the Turtles today: Eastman sold his share to Laird in 2000, and Laird sold the lot to Viacom nine years later. What began with a sketch in a living room is now entirely controlled in boardrooms. 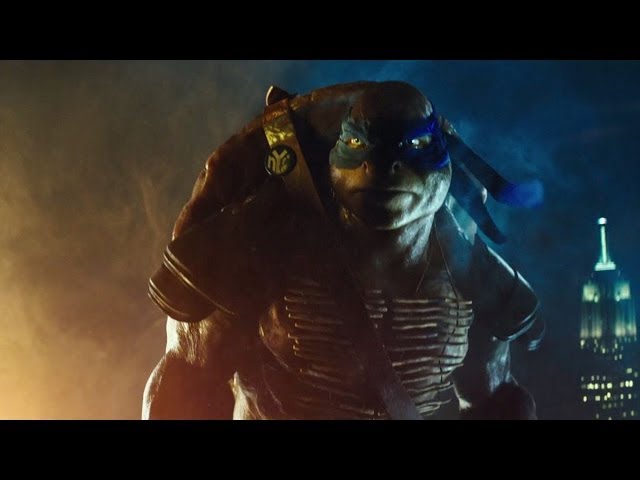 Which brings us back to Bay. With his billion-dollar Transformers-proven toysploitation track record, he’s a natural, if cynical, shepherd for another TMNT product cycle. And with the new film’s $65.6 million opening weekend – the fourth-highest August opening in history – the new cycle has definitely begun, with a sequel already greenlit. If the first film’s any indication, studio Paramount will replicate its bifurcated marketing campaign, drawing both on 30ish fans of the old cartoons, films, and toys, as well as the kids whose unapologetic enthusiasm for sword-wielding turtles was once shared by those aging nostalgics. It would be nice if a sequel could recapture either the can-you-top-this craziness of the original concept or the goofball cartoon version thereof. Nice, but hardly necessary: the mutation is complete, and Turtle Power doesn’t have to burn clean to be a renewable resource.