Another weekend, another blockbuster Marvel opening at the box office. Guardians of the Galaxy Vol. 2, the latest episode in the company’s cosmic-mercenaries saga, predictably crushed the competition, grossing an estimated $425 million globally and perpetuating the studio’s multiplex dominance. If you’re looking for a secret to the company’s success, we’ll direct you to a 2014 comment from GotG director James Gunn. “I made a decision early on that I wanted it to be a hundred percent a James Gunn movie and a hundred percent a Marvel movie,” he said after the first film’s release. “I didn’t want it to be a compromise. I wanted to make a great Marvel movie that I wanted to see … that had my personality in it.” In other words, he was laying out a recipe for crafting the perfect superhero movie: make a film that pleases the suits and yourself.

In Marvel movies, misfits, oddballs and outsiders rule, and not just on the screen. For the studio’s filmmakers, satisfying the demands and pressure of blockbuster moviemaking while still expressing your own thematic obsessions hasn’t been a dealbreaker – it’s been a career-maker. Sometimes too “indie” for the studios, sometimes suffering through a commercial rough patch, sometimes not being able to find material that best suited them, the bulk of these directors weren’t obvious choices to helm massive tentpoles. No one thought they had a surefire win by saying, “You know who’d be perfect for Iron Man? The Swingers actor who made Elf!” Or: “Get me that world-renowned Shakespeare interpreter for Thor!” Or: “This needs the screenwriter from Tromeo and Juliet!” But these left-field decisions have paid off for the media conglomerate. Even better, they’ve often helped these artists produce some of their best work to date.

On paper, there’s something counterintuitive to that logic. Your average Marvel movie costs at least $200 million to make and is meticulously designed to cater to massive quantities of Earthlings around the globe. (Four of the MCU films have grossed over a billion dollars worldwide.) Marvel films are profit centers meant to enhance the value of the company’s intellectual property – where’s the art in that, you ask?

And yet, the 15 MCU movies released so far aren’t just huge moneymakers. The majority of them have actually gotten good-to-great reviews; every one of them has a positive rating on Rotten Tomatoes, (yes, even Thor: The Dark World). They are considered the gold-standard of Hollywood franchises. But while Marvel Studios president Kevin Feige deservingly gets much of the credit for having the vision to create a serialised set of films, the films’ directors are adding something invaluable to the equation finding personal expression in these mammoth comic-book stories. He’s the MCU’s guiding light. They are its MVPs.

Take James Gunn, who has written and directed both Guardians films. A former cog in the low-budget Troma Entertainment schlock assembly line and longtime fanboy, Gunn previously scripted the early-oughts Scooby-Doo movies and the Dawn of the Dead remake. From there, he moved on to writing and directing the horror-comedy Slither (2006) and the superhero-comedy Super (2010), both of which utilised gleefully crude satire to critique their genres. With his anarchic, outsider style – and his noticeable lack of hits as a director – this was not the kind of guy who usually gets handed the keys to a big property.

But Feige gave Gunn a chance. As the former told Vulture last year about the studio’s approach, “We choose from a pool of filmmakers not who have done big, giant films before but who have done interesting things that made us stop and go, ‘That’s cool.’ That’s the criterion for a meeting. Then we need to see if they’re up to the task of working on something this collaborative and this intensive — because a very expensive, big-budget movie that has a release date is inherently intense.”

Indeed, Marvel movies are a studio product and they have to make a lot of money — anyone coming in pitching the idea to make a personal little indie from the intellectual properties would probably be shown the door. But for those who had been following Gunn’s career, it’s easy to see how Guardians also articulated the filmmaker’s interests on a bigger, bolder canvas. The knowingly cheesy retro-rock soundtrack; the early-Spielberg/Star Wars innocence of the spectacle; the mocking affection of the entire nostalgic enterprise: Guardians of the Galaxy was the work of a man who’d made his name building up and knocking down his childhood fixation with comic books, horror movies and sci-fi flicks. He just happened to be given the world’s biggest Erector Set to do it.

In the process, Gunn located the material’s emotional core, and from there could convey his usual preoccupations: the fear of abandonment; the need to believe that you’re destined for great things; and the desire to mock one’s love for pop cultural touchstones. (Vol. 2 only amplifies Gunn’s core anxieties and obsessions – see Star Lord’s father issues literally blown up to planet-size.) Ironically, it took Gunn finding a mainstream, easily accessible conduit to find his truest voice.

That fact is not lost on him. “For some reason, driving home from a meeting with the Marvel guys,” he recalled in 2014, “it suddenly occurred to me that this was the space epic I’ve always wanted to make… The movies that influenced [Guardians] the most were the ones that I saw as a kid: Raiders of the Lost Ark, Star Wars, Back to the Future. I didn’t want to make a movie that was like those movies, but a movie that made people feel like those movies made me feel because they were so novel and different.”

This has been, by and large, the secret to why Marvel’s gaggle of misfit-toy directors has thrived in the MCU. All of them have been talented, but they haven’t always found the perfect outlet for their creativity. Take Jon Favreau, who broke through writing and starring in the mid-1990s Miramax comedy Swingers, and the man behind the hit 2003 family comedy Elf. But after his follow-up, Zathura (2005), failed at the box office, he was on the verge of going to director jail. When Favreau was announced as Iron Man‘s director, then-Marvel president Avi Arad said of the company’s iconic characters, “This is material that has withstood the test of history, and the director and writers have to feel a sense [of] responsibility.” Favreau, a comic-book guy, was an inspired choice – he could lend sophisticated humour, and an impish spirit and a sense of wide-eyed wonder. For a guy who’d never made a blockbuster action movie, he could certainly combine all the best parts of his sensibility into one shiny, fun package. 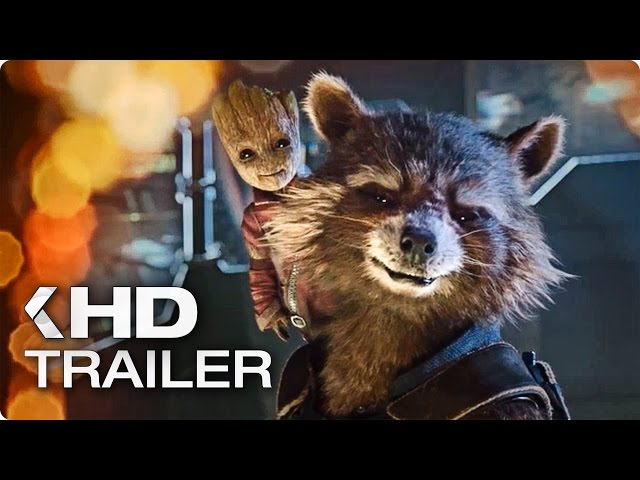 From there, other directors followed suit. For much of his career, Joss Whedon was a beloved fanboy figure for his acclaimed TV series Buffy the Vampire Slayer and his cult sci-fi/Western Firefly. But his attempt to bring the latter to the big screen in 2005, Serenity, wasn’t quite the box-office hit the studio wanted it to be — and soon after, he and Warner Bros. parted ways on a possible Wonder Woman movie. Maybe he was always going to be a niche storyteller. Instead, he got his hands on The Avengers – and audiences got clever dialogue, a personal take on familiar genres, emotionally resonant characters who weren’t defined by their capes or alter egos. Besides grossing $1.5 billion – still the most for any MCU entry – the blockbuster was a dream realised for every Whedon fan who’d insisted for years that he could make a great superhero movie if somebody would just let him. It took Marvel to make it happen.

They’ve had other wins with stagnant or commercially untapped directors as well. Kenneth Branagh, a.k.a. his generation’s Laurence Olivier, got a career resuscitation with 2011’s Thor, bringing the same regal tone and irreverent humor that enlivened his Shakespeare adaptations to the world of Asgard; he’ll soon be bringing the world a new all-star version of Agatha Christie’s Murder on the Orient Express this fall. Lethal Weapon screenwriter Shane Black hadn’t directed a film in eight years when he stepped aboard 2013’s Iron Man 3, which gave him enough juice to win a gig helming next year’s Predator reboot.

And then there’s the story of the Russo brothers. Before teaming up with Steve Rogers, a World War II-era wimp who ends up becoming a star-spangled saviour, Anthony and Joe Russo were in-demand sitcom directors who also made low-budget, little-seen heist movies (Welcome to Collinwood) and forgettable for-hire studio comedies (You, Me and Dupree). Then came 2014’s Captain America: The Winter Soldier, which opened four months before Guardians of the Galaxy and had considerable higher stakes since the character is one of Marvel’s flagship superheroes.

That’s a lot of pressure, but Feige felt confident in picking them after digging their work on Community on a couple episodes that centered on paintball that, respectively, spoofed spaghetti Westerns and Star Wars. Like Gunn, the Russos knew how to mimic recognisable film styles while tweaking them. “It’s like we were made in a Marvel machine,” Joe Russo told the Los Angeles Times in 2016. “The reason the [Marvel movies] work is because you’re hybriding genre… that’s all Community is; we’re hybriding genre. We’re making fun of genre, we’re deconstructing genre.”

The brothers’ love for comic books and 1970s conspiracy thrillers informed Winter Soldier, and thanks to the lessons they learned working in television, the Russos produced an MCU entry that balanced spectacle with a gripping narrative efficiency to give the series a darker edge. The relationship with Marvel has led them to be the captains of the company’s most important upcoming films: They shot 2016’s Captain America: Civil War and are now working on 2018’s Avengers: Infinity War and the untitled 2019 follow-up. Just as meaningfully, the Russos are Exhibit A for how Marvel’s approach with under-heralded directors can pay off — for the company, for the filmmakers and for moviegoers.

A scene from’ Guardians of the Galaxy, Vol. 2.’ Credit: Film Frame/Marvel Studios

The studio’s collaborations with budding auteurs haven’t all worked out. Edgar Wright famously left Ant-Man, and Selma director Ava DuVernay parted ways with Marvel after she was attached to Black Panther, with “creative differences” cited in both cases. Still, Feige is continuing to bet on under-the-radar names. Taika Waititi, primarily known for mockumentaries (What We Do in the Shadows) and coming-of-age comedy-adventures (Boy, Hunt for the Wilderpeople), is directing this fall’s Thor: Ragnarok. After DuVernay left Black Panther, Ryan Coogler, the man behind Fruitvale Station and Creed, is currently finishing production for the movie, which hits theatres next year.

And Anna Boden and Ryan Fleck, who have played around with genres in movies such as Half Nelson and Mississippi Grind, were recently announced to be the directors of the Brie Larson-starring Captain Marvel. “We want filmmakers that can help us focus on and elevate the character journey so it doesn’t get lost amongst the spectacle,” Feige said of that last decision. “And there’s going to be a lot of spectacle in the Captain Marvel film.”

There’s plenty of reason to complain that independent-minded filmmakers are being coopted by Hollywood, turning their back on their original visions for more clout and a big paycheck. But in its first decade, the MCU has largely been a win-win for artists and audiences. The studio has found fresh talent and given it a place to thrive. Yes, the next Fruitvale Station or Half Nelson is going to be a lot harder to come by if their creators are shackled to superhero flicks. But those filmmaker may have the clout to actually get new projects like that off the ground if they have proven track records courtesy of their work on those juggernauts.

Let’s face it: Comic-book movies are not going away anytime soon. Thank god Marvel smartly hired loveable misfits like James Gunn to be the guardians of their particular I.P. galaxy.