Jennifer Kent can’t seem to get rid of the Babadook.

Back in the early 2000s, the Australian actress heard a strange story: It seems that a friend of hers had a young son who was convinced he was being stalked by an imaginary boogeyman. In order to stop the boy from freaking out, the mom would pretend to talk to this creature. Kent couldn’t quite let the idea go — and when she decided to start working behind the camera, she used the basic premise for her 2005 short film Monster, about a mother and son menaced by a malevolent creature. She then spent years trying to make several projects that were, in her words, “really strange and ambitious,” off the ground. But Kent’s mind kept returning to the image of a small boy cowering before a black-draped figure with spindly talons and face drained of blood, and a mother drawing on her primal protective instincts to banish it. “This idea of facing darkness, facing the shadows — it just kept coming back,” she says.

A page from the ‘Mister Babadook’ book.

Ideas, as the heroine of Kent’s debut feature The Babadook discovers, are not so easily banished. An extension of her short, this creepy horror film focuses on a widowed single mother named Amelia (played by Essie Davis, Kent’s fellow student at the National Institute of Dramatic Art in Sydney) whose six-year-old son comes across a mysterious, macabre children’s book. Inside this pop-up is a shadowy figure called “the Babadook,” a small man with a top hat, a shark-like smile and a penchant for creepy, rhyming threats. (The name, which Kent invented, is a riff on “babaroga,” the Serbian name for the boogeyman.) Soon, the already alienated kid starts to carry around makeshift weapons and claim that this Babadook is real; when Amelia ends up burning the offending tome and it reappears intact inside her house, she begins to take her son’s hysterical ravings seriously. It’s one of the most terrifying psychological horror movies in ages, as well as an extraordinary exploration of what happens when repressed emotions such as grief and loneliness are suddenly given form — as well as claws and fangs. 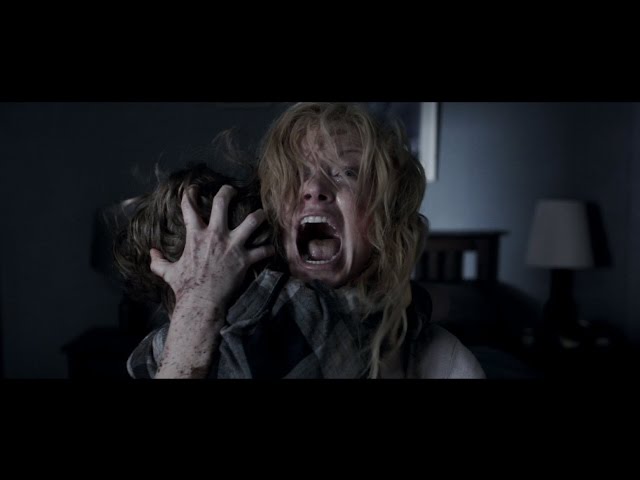 Kent says it was the character of the mom, and not a freestanding interest in things-that-go-bump-in-the-night genre filmmaking, that led to her framing The Babadook as a horror movie. “It really was connecting to that woman and her journey towards staring something nightmarish in the face,” she explains. “As the film progresses, you start to realize: Oh my God, the kid was right — and that’s where the fear is for me. If you make this kind of story in a purely dramatic realm, it’s easier for an audience to sit back and judge. But when you throw them into a scary situation where they’re feeling it, too, it’s much more easy for people to experience it.”

It’s an open secret of parenting that children can drive you crazy, but few movies have visualized it so effectively. The boy, Samuel, is a petulant, disobedient brat pushing his already frazzled mother to the brink of madness. “I’m not a parent,” Kent says, “but I’m surrounded by friends and family who are, and I see it from the outside…how parenting seems hard and never-ending. I thought the film was going to get a lot of flak for Amelia’s obvious shortcomings as a mother, but oddly, I think it’s given a lot of women a sense of reassurance to see a real human being up there. We don’t get to see characters like her that often.”

The Babadook‘s uncomfortable familiarity extends to the realization of its titular boogeyman, which feels uncannily tactile despite its supernatural origins. Using practical effects like puppetry and stop-motion animation, Kent conjures a halting nightmare from the shadows, a monster whose unreality makes it that much harder to shake.

As for the titular creature, Kent tapped the Australian company Anifex to create a boogeyman that bears a stronger resemblance to something out of a 1920s silent film rather than a modern-day monster movie, opting for practical effects like puppetry and stop-motion animation rather instead of CGI. “There can be something really visceral about things created in-camera,” she says. “You get the feeling there was something there.” And illustrator Alex Juhasz’s designs for Mister Babadook, the sinister pop-up book that plants the first seed in the young boy’s imagination, also played a major role in the look of the film: Rather than design the movie and commission a prop to match, Kent modeled the film on the sharp edges and small imperfections of Juhasz’s work. “The book felt handmade and raw, and that’s how I wanted the energy of the film to feel,” she says. “We created that world as much as possible first, and the production design then had to mirror that.”

Juhasz, who is currently working on an animated version of The Little Prince, says Kent warned him not to make the book “too art department-y. It’s supposed to be handmade — and not by skilled hands. It had to look like someone took their time making it, but they didn’t quite know what they were doing.” The Babadook itself was designed along similar lines, like a failed imitation of humanity, or a child’s disproportionate drawing come to lopsided life.

As the movie made the festival circuit rounds and garnered major buzz, Juhasz has seen his work gain an entire new audience: Over a thousand fans have already plunked down a cool $80 via the film’s website to bring Mister Babadook into their homes. While the book is still being conceived — the bar is set at 2,000 pre-ordered copies for production to begin in earnest — Kent and Juhasz say it will replicate the handmade feel of the movie’s fairy tale-like tome while extending the story in its own direction, the better to terrify audiences even when their flat screens are off. (No word on whether the actual book will magically reappear in your house if you burn it.)

Kent hasn’t settled on her next project: She met with executives at Warner Bros. about directing Wonder Woman, a gig that eventually went to Breaking Bad‘s Michelle MacLaren, and is working on a revenge story set in 1820s Tasmania — which, though it’s also about grief, is not a  horror movie. “I’m naturally drawn to scary stories,” she says, “but I probably need a break from them after this.”