The battle lines are drawn: It’s La La Land, a musical fantasy about white lovers in Hollywood, versus Moonlight, a searing drama about black youth surviving on the streets of Miami. That contest is symptomatic of how serious Oscar is – or isn’t – about diversity. After two years in which not a single black actor showed up among the acting nominees, this year’s crop includes seven actors of colour: Mahershala Ali, Viola Davis, Naomie Harris, Ruth Negga, Dev Patel, Octavia Spencer and Denzel Washington.

“Wow, what a difference a year makes,” said African-American Academy president Cheryl Boone Isaacs upon greeting the crowd at the Oscar contenders lunch this year. Not so fast. The bigger question is: Will it last? Were white Oscar voters guilted into doing the right thing because the whole world is watching? Will they be eager to roll back to business as usual next year? The good news is that Isaacs has backed up her words with action, introducing 683 new academy members (46 percent women and 41 percent people of colour) into Academy voting membership. And the need for diversity is pounded home by President Trump’s controversial and hotly contested travel ban on Muslim countries.

What does this have to do with recognising talent, regardless of race, colour, religion or gender? Everything or nothing? You decide. This year’s Oscar voting is more political than it’s been in … well, maybe ever. Winners must do more than finish first, they need to represent. Keep that in mind when you place your bets. Game on. 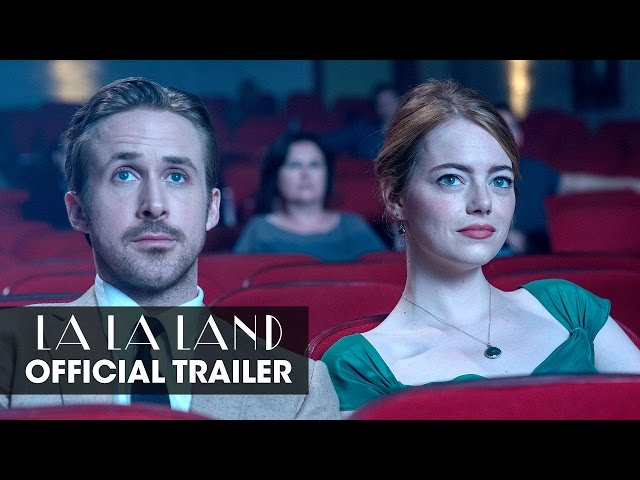 Forget #OscarsSoWhite. That was so last year. Oscar 2017 can boast that four of its nine Best Picture nominees (Fences, Hidden Figures, Lion, Moonlight) directly address the experience of people of colour. And each of the four acting categories have at least one black nominee. It’s history-making for the 90-year-old Academy.

And yet the musical La La Land, arguably the whitest of the year’s nominees (Manchester by the Sea comes close), made its own kind of history by tying the Academy record – set by All About Eve in 1950 and Titanic in 1997, respectively – for the most nods ever for one film: 14. If any movie can take the la out of La La and its young director, Damien Chazelle, 32, it would be Moonlight. Also wildly innovative, with eight nominations and its own wunderkind creator – the 37-year-old Barry Jenkins – the movie tracks a gay African-American boy through three stages of life on the mean streets of Miami. Despite a last-minute sprint from Hidden Figures, these are the two to watch:

FAVOURITE: La La Land. This valentine to Hollywood is both retro and brilliantly innovative – plus it lets viewers escape Trumpmania for two hours.

SPOILER: Moonlight. On the diversity scale, it’s off the charts, and allows Oscar voters to congratulate themselves for being on the right side of history. 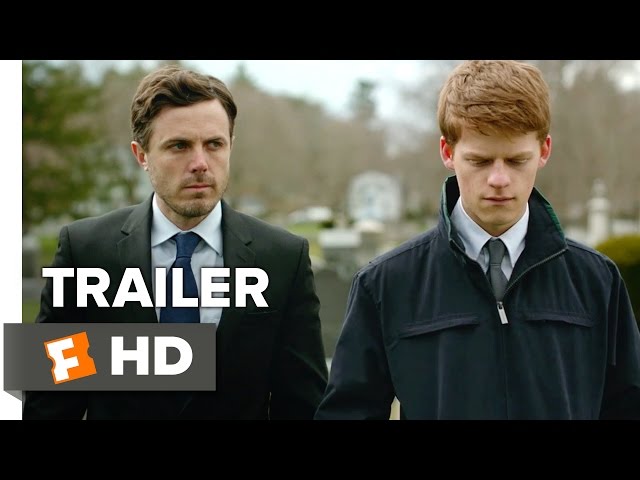 Ben Affleck’s kid brother, Casey, grabbed most of the pre-Oscar acting awards for his devastating turn as a grief-stricken janitor in Manchester.

SPOILER: Washington. There’s nothing quiet about the fireworks he sets off as a sanitation worker on the ropes in Fences. The Screen Actors Guild agreed, giving Washington a lift. It’s now a race. 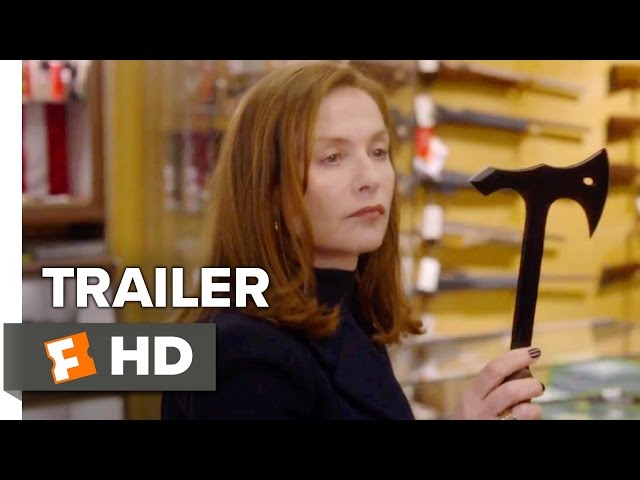 This is Streep’s 20th nomination, which should put her in her own category: goddess. The real contest is between Stone, bringing grace and grit to every actor’s struggle in La La Land, and Portman, embodying the newly forged steel in JFK’s widow in Jackie.

SPOILER: Huppert, gaining heat as a rape victim with her own agenda in Elle. It’s rare to receive a nod for a foreign film. But this world-class French actress, with her first nomination, is way overdue for Oscar gold. 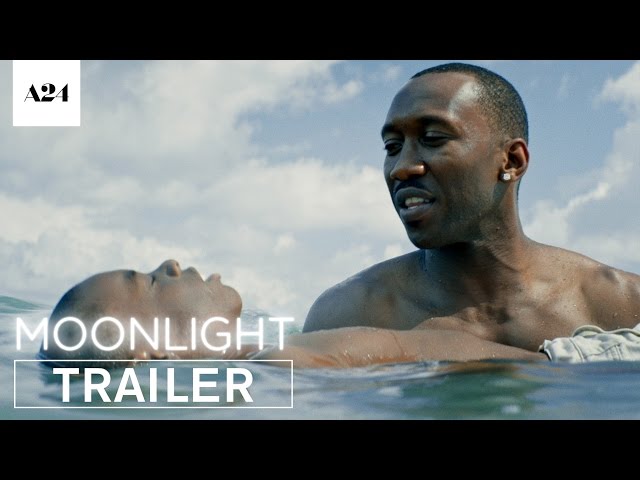 At 20, Hedges – so strong as a teen in crisis in Manchester – is the youngest in this group. Bridges, 67, was also around 20 when he got his first Oscar nod, for The Last Picture Show (1971). Now, playing a sly Texas Ranger, he’s the veteran.

FAVOURITE: Ali. As a drug dealer with a secret heart, he’s the bruised core of Moonlight.

SPOILER: Can’t see it happening. This is Ali’s year. 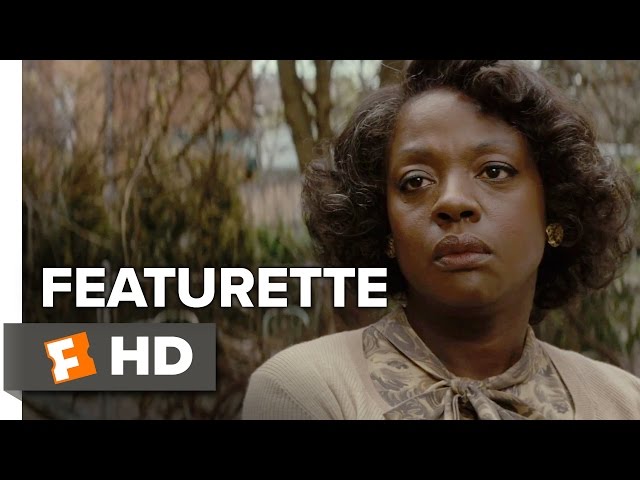 FAVOURITE: Davis. She’s on fire as the Fences wife who’s ready to stand up and be heard.

SPOILER: Williams. Her fierce final Manchester scene, as Affleck’s partner in tragedy, represents a true supporting turn (Davis’ character is really a lead). But Williams is bucking a corrective trend in the year of #OscarsSoBlack. The time has come. 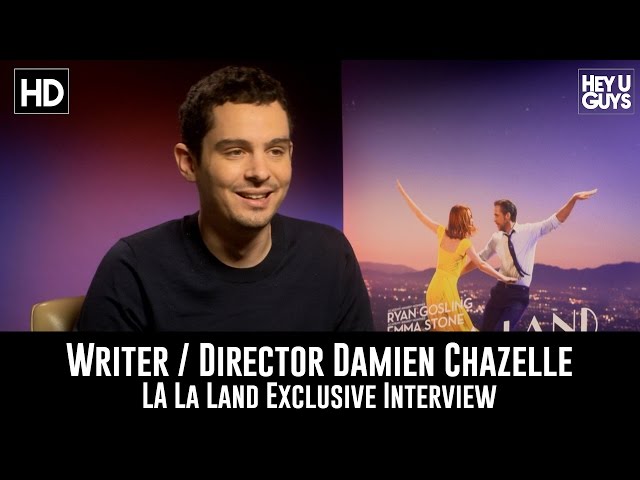 The big news is that the Academy forgave Mel Gibson, who’s been in the doghouse since his alcohol-inspired anti-Semitic rants. Hacksaw Ridge brought him back into Oscar’s good graces; no such charity was shown to Nate Parker, the toast of Sundance just a year ago for The Birth of a Nation. Can Mad Mel go all the way? Don’t count on it.

FAVOURITE: Chazelle. He’s the creative engine behind the La La Land sweep, the guy whose retro love for musicals was laughed at – until his film persuaded us all to share his obsession.

SPOILER: Jenkins. Everything in Moonlight is ripped right out of his heart. Remove La La Land from the equation, and he’d be holding the gold. 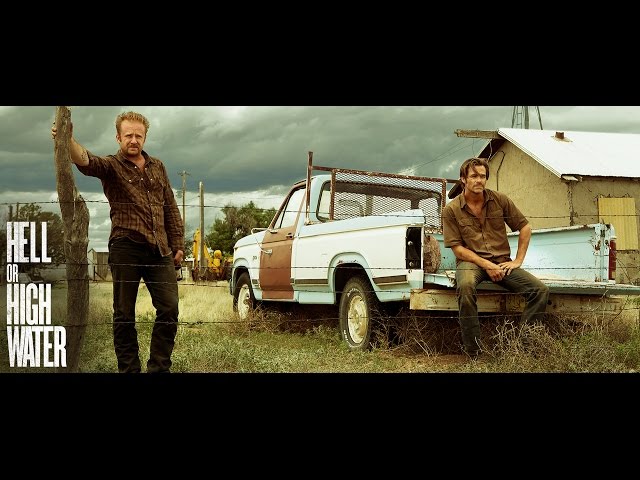 Neither The Lobster nor 20th Century Women have Best Picture nominations, so don’t expect any upsets from them. It’s certainly true that Sheridan is a player with Hell or High Water, especially after scoring raves for his Sicario script in 2015. But not just yet.

FAVOURITE: Chazelle, but just by a hair. Here’s one of the 14 categories where La La Land is especially vulnerable.

SPOILER: Lonergan. Everything that’s extraordinary about Manchester By the Sea starts with his script, which is a model of the form. 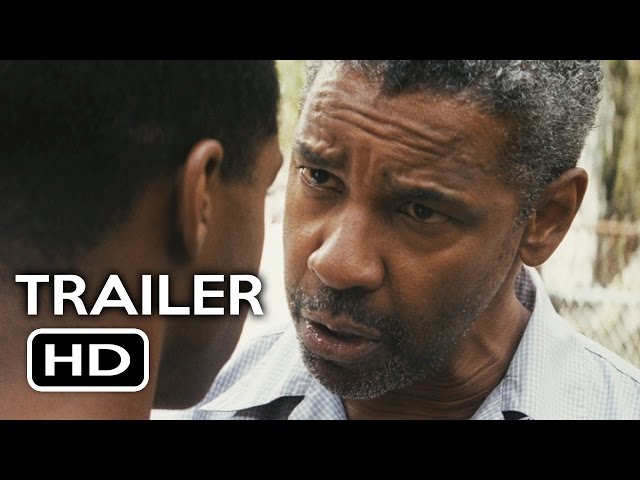 There are some odds-makers betting that the box-office and critical success of Hidden Figures could cause an upset in this category and others. I wouldn’t count on it.

FAVOURITE: Jenkins. A big chance to show Moonlight the Oscar love it deserves.

SPOILER: Wilson. Don’t discount a posthumous award to this great African-American playwright, who died at 60 in 2005. He’d been working on the script for Fences on and off for decades. And Denzel Washington, as director and actor, nurtured Wilson’s dream as a labor of love. 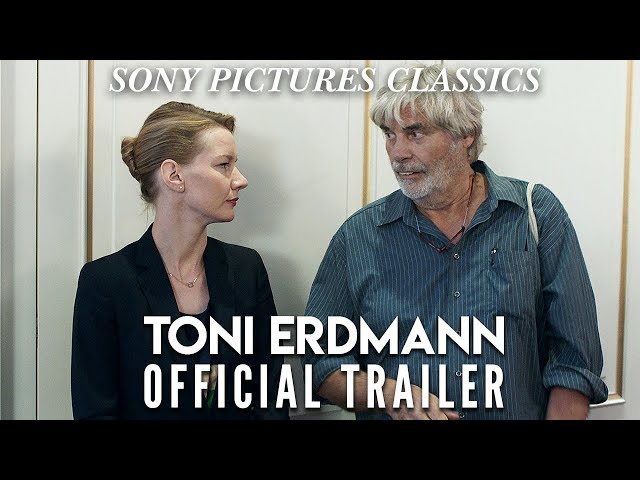 Don’t get me started about the arcane Oscar rules that result in startling omissions. For starters, where’s Paul Verhoeven’s Elle, the French provocation that won a Best Actress nod for Isabelle Huppert? It’s likely that the twisty rape drama offended the sensibilities of Academy voters more attuned to the sweet sentiments of, say, Sweden’s A Man Called Ove. This category has resulted in many bizarre choices. So be on the lookout.

FAVOURITE: Toni Erdmann. Maren Ade’s brilliant German comedy about a daughter coping with the antics of her bizarre father is nearly three hours long. No matter. Critics showered it with praise and Jack Nicholson and Kristen Wiig are planning to star in the American remake. It should be a slam dunk.

SPOILER: The Salesman. Like I said, lots of factors are at play here. It’s a revenge drama from Iranian master Asghar Farhadi, who has opted not to attend the Oscar ceremony to protest Trump’s ban on Muslim countries. His statement may draw many advocates to his cause: “To humiliate one nation with the pretext of guarding the security of another is not a new phenomenon in history and has always laid the groundwork for the creation of future divide and enmity.” 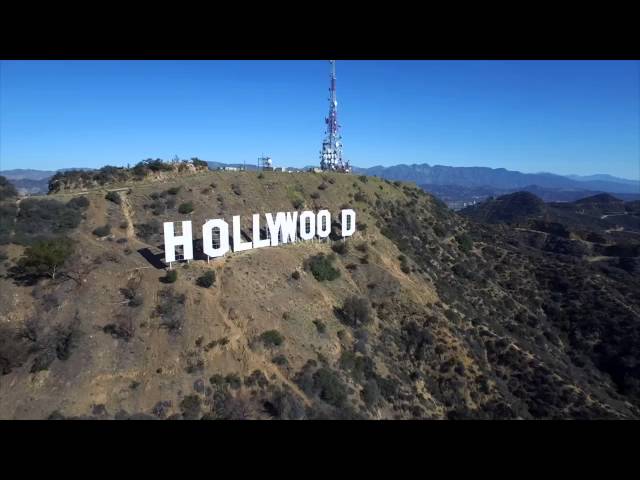 Fire At Sea
I Am Not Your Negro
Life, Animated
O.J. Made in America
13th

If ever a category reacted with a passion against last year’s #OscarSoWhite, it’s this one, with three docs taking on the issue of #BlackLivesMatter. Notably, Raoul Peck’s potent I Am Not Your Negro uses the words of fierce social critic James Baldwin to connect America’s civil-rights past with our incendiary present. But what’s shaping up here is a two-way race.

FAVOURITE: O.J. Made in America. You could argue that Ezra Edelman’s eight-hour documentary, using the rise and fall of O.J. Simpson to examine race in America, is more a TV miniseries than a feature film. But it would be hard to argue against the film’s prodigious achievement.

SPOILER: 13th. Director Ava DuVernay takes only 100 minutes to show how the 13th Amendment to the Constitution, the one enacted on Jan. 31, 1865, that supposedly abolished slavery, is a myth of sweeping proportions. Not only the best doc this year, but one of the best ever made. 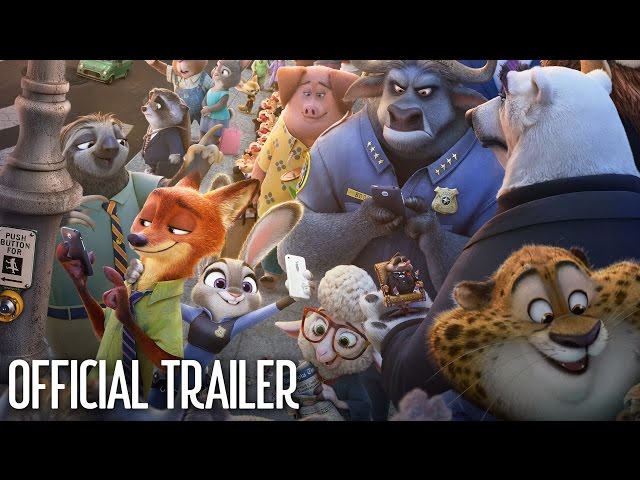 In recent months, anything with name of Hamilton‘s Lin Manuel Miranda attached to it goes straight to the winner’s circle. But Miranda’s musical contributions to Moana may not be enough to carry it home.

FAVOURITE: Zootopia. This work of art and politics comes disguised as a comic free-for-all, but it also takes a deep dive when necessary, especially when certain animal species are treated as threats and cause public panic. Listen up, Mr. President. It is all happening at the zoo.

SPOILER: Kubo and the Two Strings. If anything can beat the Zootopia charge, it’s this delicate and dazzling stop-motion wonder from the Portland-based Laika studio – a fairy tale-like adventure brings vivid life to Japan’s mythical past. 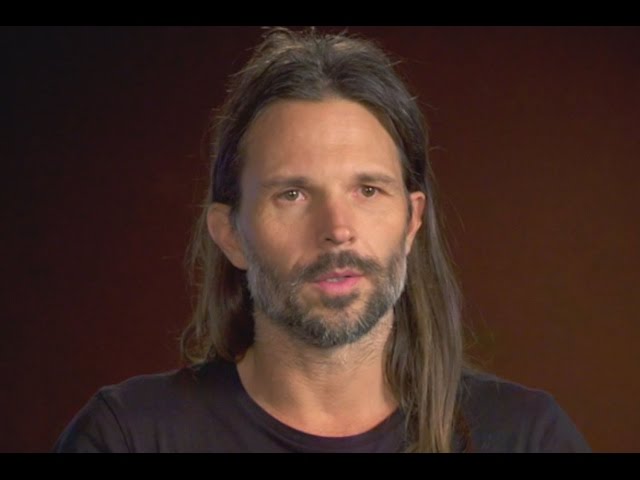 This is a newbies list – only Prieto has been nominated before (for Brokeback Mountain). The cinematographers guild has already chosen Fraser for his work on Lion. Something tells me that won’t happen here, however.

FAVOURITE: Sandgren. From La La Land‘s opening dance sequence on the L.A. Freeway to the lush romanticism at play as Emma Stone and Ryan Gosling dance in the clouds, Sandgren is working visual miracles.

SPOILER: Laxton. How can Moonlight, an indie movie shot on a shoestring, compete with the broad canvas sweep of Arrival, Silence and Lion, you ask? Take a look at any frame of Jenkins’ movie. Laxton is a poet of light and shadow. 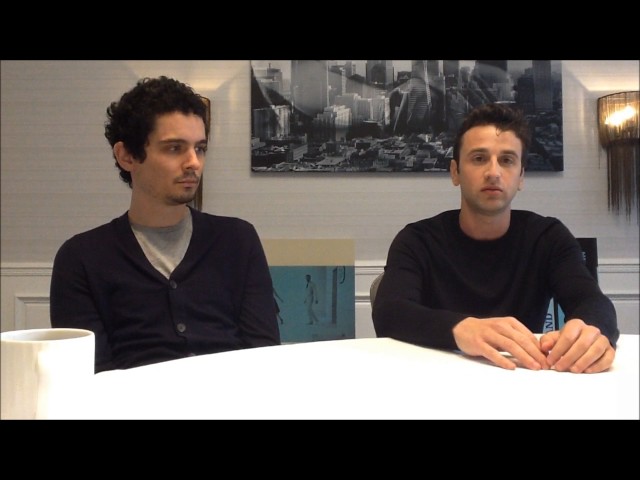 Think of the music that stays in our heads as long as the images, or longer – from John Williams’ Jaws theme to Ennio Morricone’s The Good, the Bad and the Ugly showdown symphony. These nominees are in good company.

FAVOURITE: Hurwitz. And not just because La La Land is favoured to win damn near everything. Hurwitz’s jazz-inflected score, both modern and retro carries us through the film on notes of resonant magic.

SPOILER: Levi. From the first unnerving strains of her score for Jackie, Levi, known by her stage name Micachu, creates a world out of balance. She’s a rebel ready to experiment in a Hollywood that prefers to play it safe. Her nomination is a promising sign. 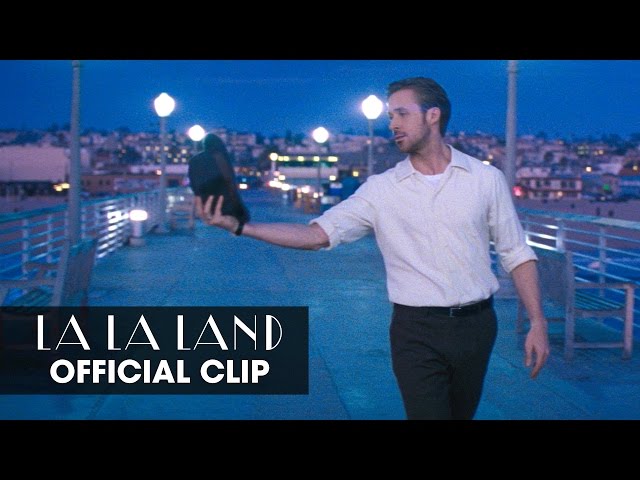 Has anyone ever heard “The Empty Chair”? Probably not. But Justin Timberlake’s “Can’t Stop the Feeling” is a big hit and relentlessly catchy. And Lin Manuel Miranda’s inventive style is all over that Moana tune. How far will it go? Not very.

FAVOURITE: “City of Stars,” with music by Justin Hurwitz and lyrics by Benj Pasek and Justin Paul, is the La La Land song you can’t stop whistling, just like Ryan Gosling on that pier.

SPOILER: “Audition: The Fools Who Dream,” The other nominated Hurwiz/Pasek-Paul tune from La La Land isn’t top 40 stuff, but it brings home the theme of the story the way a great movie song should. Emma Stone, singing live, her voice flickering with romantic ache, nails every nuance in the lyrics.” I’ll always remember the flame.” Indeed. La La can’t lose.