When The Blackboard Jungle hit movie theatres in 1955, teenagers reportedly showed up in droves just to dance in the aisles to the opening credits, which were set to Bill Haley’s “Rock Around the Clock.” Some cinemas cut out the song, terrified that these hordes of gyrating adolescents were going to start a riot. But smart Hollywood producers recognised right away that there was money to be made from putting the music into motion pictures: Just take simple, primal stories about young dreamers, and add a catchy tune with a good beat. That’s a formula that satisfies, year after year and decade after decade. Here are 10 of the best movies made about the kind of music that gets kids moving — from hip-hop to British Invasion pop to that ol’ time rock and roll.

Based on writer-director Cameron Crowe’s experiences as a teenage Rolling Stone reporter, this sprawling cross-country dramedy captures what it was like for a smart, shy kid to spend the early Seventies traveling around with rock bands. The bad gigs, the bickering, the meddling record label lackeys, the friendly groupies, the late-night telephone conversations with gonzo critic Lester Bangs … Almost Famous has it all. At its core, this movie is about the sense of community that develops between devoted fans and their all-too-human musical idols. Crowe knows that everyone — superstar and hanger-on alike — just wants to be in the place where “it’s all happening.”

A ragtag bunch of Irish youngsters who love American R&B become bar-band heroes in this UK import, which was a sleeper hit on home video and spawned a massively successful soundtrack. The best way to experience the Commitments’ rowdy Wilson Pickett and Otis Redding covers is to pop the movie in and turn it way up, until you’re fully immersed in the wonder of working class kids living out their rock and roll fantasies. As written by Roddy Doyle and directed by Alan Parker, this story gets how it feels for a bunch of non-famous folks to gather and make a joyful noise — and then be stars for a night.

Based very loosely on the life of Carole King, this era-spanning melodrama stars Illeana Douglas as a Brill Building songwriter who helps a procession of pretty young ladies and several tortured geniuses make their three-minute operas and album-length masterpieces. Writer-director Allison Anders pours her love and understanding of 1960s pop into a movie that’s both a breezy history lesson and a highly personal story about a woman learning how to poetry into radio hits. It also gets a boost from the soaring Elvis Costello/Burt Bacharach ballad “God Give Me Strength,” which becomes the ultimate example of how a great song can have profound meaning.

This big-screen adaptation of Nick Hornby’s cult novel is partly about music, and partly about a young man using his pop culture obsessions to learn how to grow up. John Cusack (who also co-wrote the script) plays a Chicago record store owner who explains his life, his job, and his romantic troubles by coming up with “Top Five” lists of his favourite songs. As the hero tries to one-up his equally nerdy employees (hilariously played by Jack Black and Todd Louiso), High Fidelity shows how rock and roll can be a kind of common language, which fans use to communicate deep truths to each other. 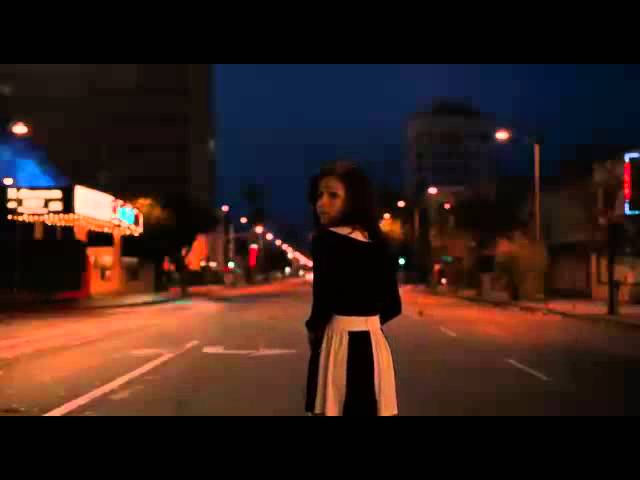 Featuring one of the best final scenes from any movie this decade, Sopranos creator David Chase’s semi-autobiographical portrait follows a garage-rock drummer from New Jersey who follows his showbiz ambitions to Los Angeles. The film as a whole is pretty great too, with a lot of insight and detail into how the rapidly changing 1960s affected one Italian-American family (with a father sweetly played by the late James Gandolfini). But what leaves audiences tingling at the end is an audacious coda, where the hero’s little sister breaks the fourth wall to explain how America’s best self — our diversity, our unity, and our hopefulness — is expressed by our music. Rock on.’

The original New York punk rockers emerged from an artsy urban scene equally enamoured of rough menace and kitschy Americana. That’s what makes the Ramones’ corny Rock ‘n’ Roll High School so glorious: It takes the scariness of punk and puts it into a B-picture that nods knowingly to the dopey rock movies of the Fifties and Sixties. This film also tells a stirring story about mixed-up characters trying to find the freedom to be themselves — and it does all that while building up to about 15 minutes of some of the most exciting performance footage ever put on a screen.

Long before it was a hit Broadway musical, School of Rock was a funny, moving little comedy, starring Jack Black as a slobbish unemployed guitarist who fakes his way into a job as a private school music instructor. As he comes up with the idea to have his kids back him in a Battle of the Bands, the teacher learns a valuable lesson about being a collaborator, not a soloist. Director Richard Linklater and screenwriter Mike White also have a lot to say about how an average person’s “I wish I were a rock star” reveries aren’t just about fame and ego, but about being heard and appreciated. 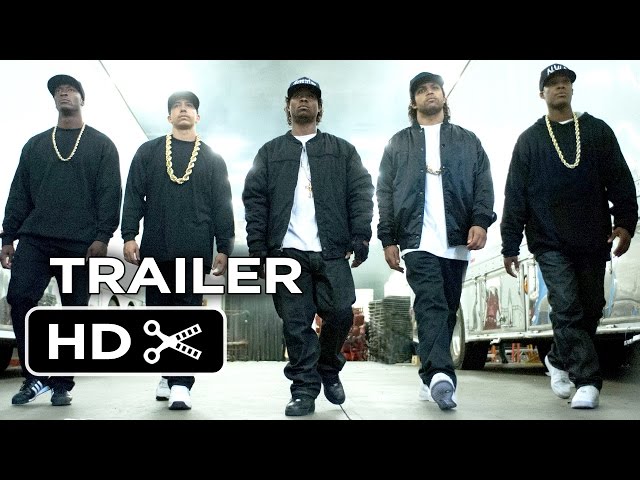 The first real hip-hop biopic (we’re not counting Eminem’s heavily fictionalised 8 Mile) was this salute to newly minted Rock and Roll Hall of Famers N.W.A, and doubles as an origin story for West Coast rap. Straight Outta Compton recreates the world of drugs, crime, police harassment, and block parties that spawned classics like “Gangsta Gangsta” and “Fuck Tha Police.” But while the setting is different, this is still an old-fashioned American up-from-the-bootstraps movie musical, about how a band of scrappy kids can go from listening to Funkadelic and Roy Ayers in their tiny bedrooms to pumping up crowds of thousands on worldwide arena tours. 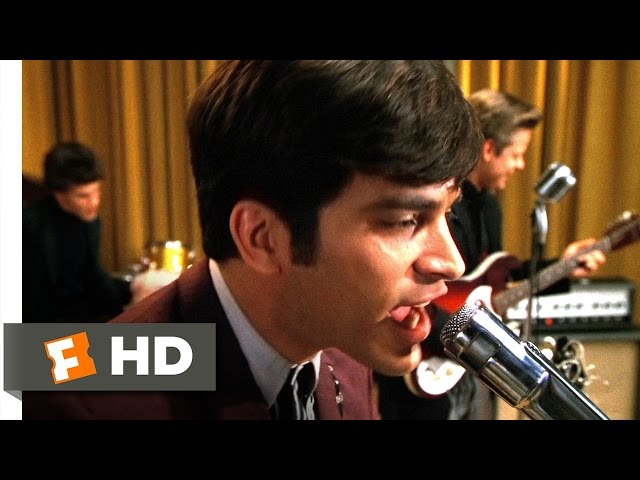 Tom Hanks’ debut feature as a writer-director pays homage to the era when fresh-scrubbed regional rock bands could record one hit single and briefly become a national sensation. Fountains of Wayne’s Adam Schlesinger wrote the snappy smash “That Thing You Do” for the film’s fictional band, the Wonders — it’s a ditty that’s so good that it doesn’t get old the 10th time it pops up in the movie. While Hanks doesn’t romanticise the rise and fall of one-hit wonders (or rather, one-hit Wonders), he does empathise with how one burst of creative inspiration can allow a handful of young folks to see that there’s more to the world than just their tiny hometown. 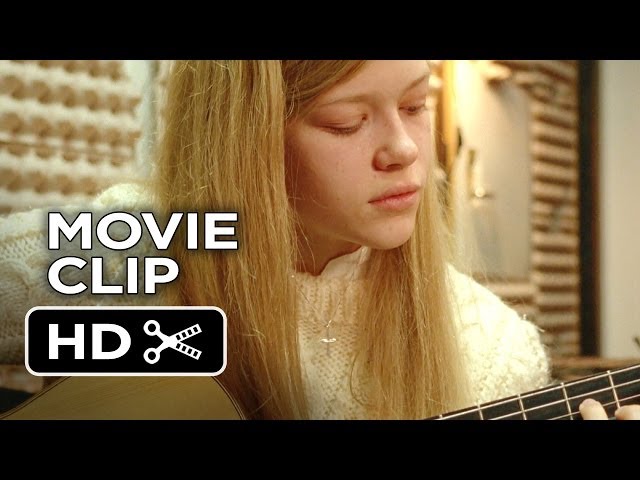 Lukas Moodysson’s funny, true Swedish punk-rock comedy (based on a graphic novel by his wife, Coco) follows a trio of teenage girls who form a terrible early Eighties band and dream of changing music forever. Unlike a lot of the other movies on this list, We Are the Best! isn’t likely to make anyone want to hunt down the soundtrack, but the angry adolescent energy of numbers like “Hate the Sport” and “Brezhnev and Reagan” get across how much fun it can be young, emotional, and full of opinions. These spiky-haired Stockholm gals are sure they can conquer the world, because they’re already arm-in-arm with the best friends they’ll ever have.