In the latest instalment of our Words of Wisdom interview series, actor Jeff Bridges talks the secrets of marriage longevity, learning from his dad and taking care of himself.

You’ve worked steadily for 50 years, but you’ve never been a superstar. Do you think you’ve benefited from not having one huge period of success?
My father, Lloyd Bridges, had a big TV series in the late Fifties and early Sixties called Sea Hunt. He was so good at playing a skin diver that people thought he actually was that character. That’s as great a compliment as an actor can get, but it was also frustrating, because he kept getting offered skin-diving scripts. In my career, I really set out not to develop too strong a persona, so that you wouldn’t have a hard time imagining me in any given role. I wanted to pleasantly confuse the audience on who I was.

When you’re not making movies, you lead a band called the Abiders. What music still moves you the most?
Bob Dylan. I love all the different incarnations of his music.

What’s your favourite Dylan song?
The first thing that popped into my head is “The Man in Me”, because it was in The Big Lebowski. I do a version of that with the Abiders. We worked together on [the 2003 movie Masked and Anonymous]. He’d knock on my trailer door and go, “Hey, you wanna pick?” We would play the version of “You Belong to Me” that he did on the Natural Born Killers soundtrack.

Who is your hero?
[Architect and inventor] Bucky Fuller. He had an analogy about ocean tankers. They use tiny rudders, called trim tabs, to turn the big rudder, and the big rudder turns the ship. Bucky said, “That’s a metaphor for how the individual affects society. We’re all trim tabs, because we’re connected to so-called more powerful people, and those people can turn society in a particular direction.” As a matter of fact, that’s what Bucky has on his tombstone: “Call me trim tab.”

What’s the most indulgent purchase you’ve ever made?
About 25 years ago, my wife and I bought Kenny Loggins’ house in Santa Barbara. It was way out of our price range, but we said, “Screw it, let’s go for it.” We’ve raised our family there. We overextended ourselves at the perfect time in our lives, and it worked out for the best.

You’ve been married to your wife for nearly 40 years. That’s longer than basically any marriage in Hollywood. What’s your secret?
I’m just crazy about the girl. If you’re married, you gotta work on it. We’ve hit some bumps, but we didn’t deal with them in a cynical way. Those bumps are great opportunities to get to know each other better. It’s all about intimacy. That’s the main high in life.

Do you have a fitness regimen?
I could be kinder to my body. As an actor, a role can be a great excuse not to be in shape. I mean, you wouldn’t want to see the Dude with a six-pack, so you eat that Häagen-Dazs. My weight goes up and down. I’m curious about this cryo thing, where they take you down to 250 degrees below zero for three minutes. It’s supposed to help with inflammation.

If you star in a big-budget movie like R.I.P.D. and it bombs, do you take it personally?
Not really. When a movie comes out, I’m working on something else and my attention is there. Also, I’ve already been paid [laughs]. [Last year’s] Hell or High Water is such a cool movie. That doesn’t happen all the time, so when it does, you go, “Yee-haw!” 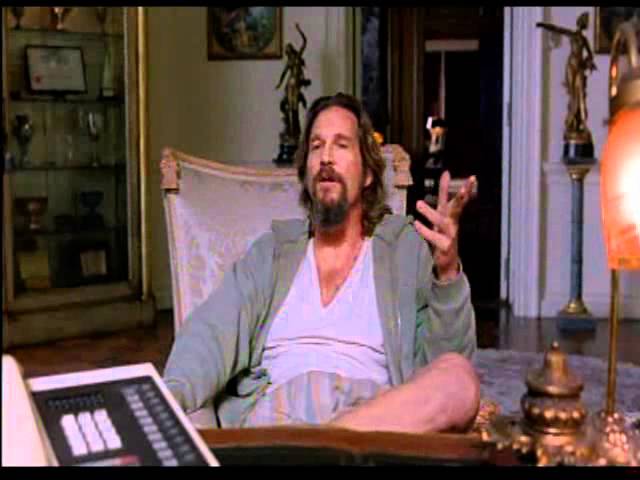 What advice do you wish you’d received at age 20?
I got the advice — I just didn’t take it! My dad would say, “It’s all about habit, Jeff. You gotta get into good habits.” And I said, “No, Dad, you gotta live each moment. Live it as the first one and be fresh.” And he says, “That’s a wonderful thought, but that’s not what we are. We are habitual creatures. It’s about developing these grooves.” As I age, I can see his point. What you practice, that’s what you become.

What did you learn as a young actor that helped your career?
We recently lost a wonderful director, Mike Cimino. When I was doing his first movie, Thunderbolt and Lightfoot, I was in my early twenties and I was very insecure and anxious. I didn’t feel like the guy I was supposed to be playing; I just couldn’t relate to the character. The day before shooting started, I told Mike, “If you wanna fire me, I won’t blame you.” He looked at me and said, “You know the game of tag? Well, you’re it.” It ended up being a great vote of confidence. Now, whenever I’m in a situation I don’t think I’m up for, I think, “Tag, I’m it.” You’ve just gotta do the thing, man.

If the first sentence of your obituary refers to you as the Dude, would that bother you?
Oh, no. That would be great. I’m proud of that movie. God, it’s a wonderful film.

How many times a day are you asked about it?
Just a couple of minutes ago I signed a couple of bowling pins for some people. That’s a normal thing. Somebody will hand me something and say, “Draw a picture! Draw the Dude!” They’re probably selling them on eBay or something.