From Taylor’s Swift’s favourite video hunk to the wild world of the 1970s rock scene, we dive deep into the rising stars of the screen and the weird and wonderful emerging trends.

When Scott Eastwood was 18, he wanted to buy a used truck. So he asked his dad for $10,000. It wasn’t an insane request – after all, the dad in question was one of the biggest stars in Hollywood history. But Clint Eastwood wasn’t in a giving mood and turned his son down. “I remember thinking, ‘What a fucking dick!’ ” says Scott, who managed to scrape together $1,000 for a 13-year-old Crown Victoria. “But now that I busted my ass for so many years, I think, ‘I am fucking glad he did that.’ ” He’s also glad his dad said no to casting him in 2014’s American Sniper. Or, rather, simply ignored his audition: “I just didn’t get a callback.”

Luckily, the younger Eastwood, 29, inherited a lot from his dad, including his looks. The resemblance is so strong, in fact, that Scott looks like he could’ve just walked off the set of Dirty Harry. Now, that pedigree – as well as his leading-man chops – is translating into box-office success. Last year, Scott played a sweaty, sensitive cowboy in Nicholas Sparks’ The Longest Ride, a role that helped him get cast in the desert-fantasy video for Taylor Swift’s “Wildest Dreams”. “She is a class act,” says Eastwood. “That’s how I want to be as a person.” His agents advised him against doing a music video. “They said, ‘We don’t want you to be Taylor Swift’s boy toy’,” Eastwood says with a groan. “Are you fucking kidding? I would love to be Taylor Swift’s boy toy!”

Eastwood was raised partly by his mum, a flight attendant who dated Clint in the Eighties. But his dad played a large role in his upbringing, teaching him to hunt, fish and ride horses. Recently, Scott began flying helicopters, a hobby he picked up from his dad, and Clint has given Scott small roles in a few of his films, including Gran Torino and Flags of Our Fathers. “There will always be people who think, ‘Oh, rich kid, trust-fund baby, blah, blah’,” Scott says. “That ain’t fucking true at all.” 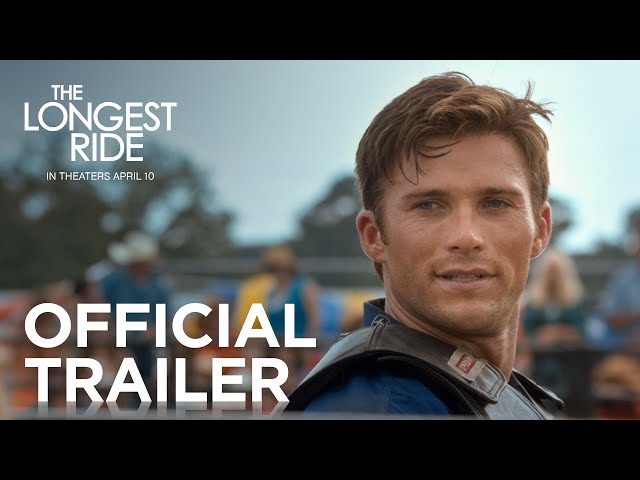 This year, Eastwood will co-star in Oliver Stone’s Snowden and the superhero-blockbuster-to-be Suicide Squad. Right now, Scott is single, as is Clint, who, at 85, divorced his second wife last year. Scott says he’s “learned from his [father’s] mistakes”. Sort of. “A while ago my agents got offered a charity poker tournament with a Victoria’s Secret model,” he says. “They passed because they thought I’d think it was too low-rent. I said, ‘I’m single. I love Victoria’s Secret models, and I like poker. Don’t ever pass on something without asking me again!'” [A.N.]

Peak TV – shorthand for the 400-odd scripted shows now on air – has birthed a glorious age of Freak TV: television’s sexiest, most idiosyncratic era ever. With competition for eyeballs fiercer than ever, execs can’t afford to play it safe. Not when Chris Rock is playing a cannibalistic gangster on Empire, the Broad City girls are pegging, and the only lawyer worth watching – Bob Odenkirk on Better Call Saul – should have his license revoked. Oddballs who got kicked off networks – Mindy Kaling, Mitchell Hurwitz – now get to fly their freak flags online. The Man in the High Castle imagines a Nazi-run America, and BoJack Horseman is a brilliant cartoon about a sexually perverted celebrity horse.

This extreme competition has lead to some extreme overreaching (Sex Box) and four Sharknados. But so what? It’s all worth it, since Freak TV has paved the resurrection of TV’s original freak shows, The X-Files and Twin Peaks, both set to come back soon. The only question left is: Will they be weird enough to keep up? [L.H.]

Anomalisa is full of everything you’d expect from a Charlie Kaufman film – depression, warped humour, existential crises – and one thing you wouldn’t: puppets. It’s a stop-motion extravaganza – not to mention a genuinely heartbreaking movie. “I’ve always been fascinated by dreams,” says co-director Kaufman. “Stop-motion is a satisfying way to inhabit that world.” [D.F.]

Which is exactly why the 33-year-old is the perfect choice for the starring role in Netflix’s new show Jessica Jones – it’s far darker than your typical men-in-capes melodrama. The series, based on a Marvel comic from the early 2000s, follows a superhero who, after a traumatic experience, ditches the costume and becomes a private investigator. She’s also a complete mess, chronically hung over and prone to compulsive hookups with bartenders and obsessing over the show’s villain (David Tennant). In other words, she’s the sort of conflicted, damaged antihero who’s right in Ritter’s sweet spot.

“I needed something complex,” she says. “Plus, I like doing dark characters and comedy. It’s a psychological thriller first, and a superhero show second. It’s exactly the kind of female-led show I’d watch. And I kick a lot of ass without having to wear a leotard.” [D.F.] 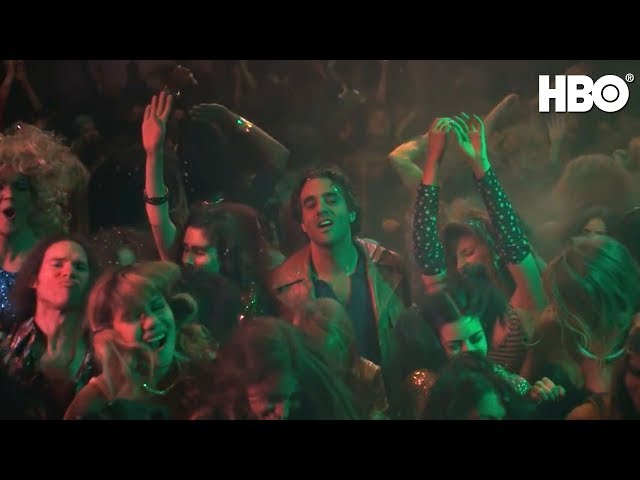 About 20 years ago, mick Jagger had an idea for a dream project: an epic movie that would chart the history of the music business over several decades. To get his vision off the ground, he eventually recruited Martin Scor­sese and Boardwalk Empire creator Terence Winter. As they worked, it became clear they couldn’t cram the whole story into one film. “It was very sprawling,” says Jagger. “And as TV became more refined and exciting and interesting to make, we decided to do it as a series.”

The result is Vinyl, which premieres on HBO in February. Set in New York in 1973, the show centres on Richie Finestra (played by Bobby Cannavale), a record label president with a coke habit, a troubled marriage and a company losing its Midas touch. Cannavale, 45, enjoyed cramming for the role. He read histories of music of the era, like Love Goes to Buildings on Fire and the record-business chronicle Hit Men. He also “spent a lot of time with the right people” – including Patti Smith guitarist Lenny Kaye and David Johansen, frontman of the New York Dolls. “It’s not like researching a cop show,” Cannavale adds.

Being a Scorsese drama, there’s no shortage of sex, drugs and pathological violence; Andrew Dice Clay is particularly on point as a deranged, swing-club-loving radio exec. Along with all the period decadence, there’s plenty of music in the form of dramatisations of real-life bands like the Dolls (who we see playing a revelatory gig in the pilot) and, in flashbacks, various blues and R&B acts that Cannavale’s character fell in love with when he was first getting into the music business.

Yet the biggest star in Vinyl might be the streets of New York in the 1970s – “a pretty raunchy place,” says Jagger.

“I like the milieu,” he adds. “[The show] was always going to be set there.” Both Jagger and Scorsese have depicted this New York before. Given the decade’s excesses, it wasn’t easy to perfectly recall every dec­ades-old detail. “You do your research,” Jagger says. “And your research colours your memory.” But did the guy who sang “Shattered” ever actually see “people dressed in plastic bags directing traffic”? “Of course!” he says, laughing. [W.H.] 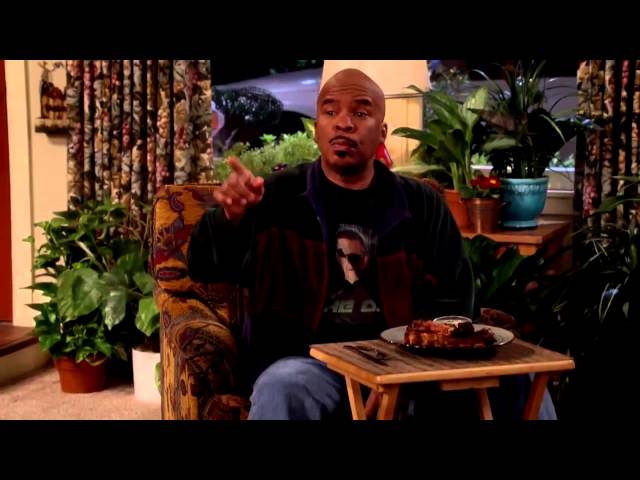 Jerrod carmichael established himself with great, button-pushing stand-up bits about the Trayvon Martin trial and enjoying Chik-Fil-A sandwiches despite the company’s anti-gay politics (“I didn’t choose to like Chik-Fil-A – I was born this way”). He inspired Spike Lee to direct his first comedy special in years and held his own against Seth Rogen in Bad Neighbours. But last year, Carmichael pulled off an even bigger coup: proving his radical voice could work on a network sitcom.

The Carmichael Show, an old-school multi-camera series in the mould of Norman Lear’s All in the Family, was the surprise hit of the U.S. summer, with a six-episode run that earned high ratings and critical praise for its sharp takes on big topics like transgender issues and Black Lives Matter. (If protests are so effective, Carmichael’s character jokes, “then why did I see George Zimmerman at a Dave & Buster’s?”)

The comic, who’ll revisit his role as frat guy Garf in this year’s Bad Neighbours sequel, is already hard at work on Season Two of The Carmichael Show. “We want you to think,” Carmichael says. “And if being uncomfortable is part of it, then, yes, I do enjoy that.” [M.Y.]