It’s a question we’ve been asking since the late Seventies: What exactly is David Lynch, and where the fuck did he come from?

With the ballyhooed resurrection of Twin Peaks, his legendary 1990-1991 TV series, Lynch yet again has stepped onto the cultural stage in a big way, and earned his profile as America’s bullgoose weirdo. Magazine profiles once again try – and fail – to ascertain who exactly he is and what he’s doing. Worse, they try to normalise him, place him within established cultural traditions and treating him like a wise man from Planet Whatzit. When will they learn: Lynch is not one of us. He has grown up and grown old among us humans and our music and furniture and neuroses. But his America is not our America. His relationships with rock, film noir, teenagers, Hitchcock, sex, families, etc., often feel like a Martian trying to reconstruct the meaning of a baseball game.

The fact that he’s survived and thrived here is kind of a miracle, just as Twin Peaks seemed miraculous in the post-Reagan years, a lurking and self-amused mutation of the safest pastime in America – network television – into … what? No one really knew in 1990. It was a one-of-a-kind network experiment that, as far as the suits were concerned, flared and then failed in two seasons, and was therefore destined for the bulldozed landfill of defunct TV.

That’s not what happened, of course; video releases inducted new cult members periodically, and the aura of the show stayed active beneath the surface, like a fungus, waiting for Internet culture’s tendency toward conspiracy skullduggery and niche obsessions to feed it.

It was ahead of its time, though it’s possible that no moment in modern times would be completely Lynch-appropriate, including 2017. Which is as it should be. Still, it should be kept in mind, while we’re picking over these questions, that Twin Peaks, new and old, isn’t pristine, mainlined Lynch. It is a TV show, after all, co-created with Hill Street Blues vet Mark Frost, and patrolled by network hound dogs, and responsible (more then than now) to sponsors and (more now than then) expectant fans. This isn’t raw, straight-from-the-honeycomb Lynch, but a Lynchified kitchen with many cooks, and many agendas for the menu.

But so? Whatever else its sociopathic-soap vision of smalltown meta-America may or may not be, Twin Peaks could once again serve as the gateway drug to the less civilised regions of Lynchistan. Peaksians should be wary, though, and be sure to get their shots before daring onto Blue Velvet (1986) or Inland Empire (2006) or his first T.P. reconstitution, the scorched-network-turf of Fire Walk With Me (1992), all of which sometimes feel as if you’d stuck your hand into the mouldy, lightless crevasse in the back of its creator’s skull, and then had something violently grab you. 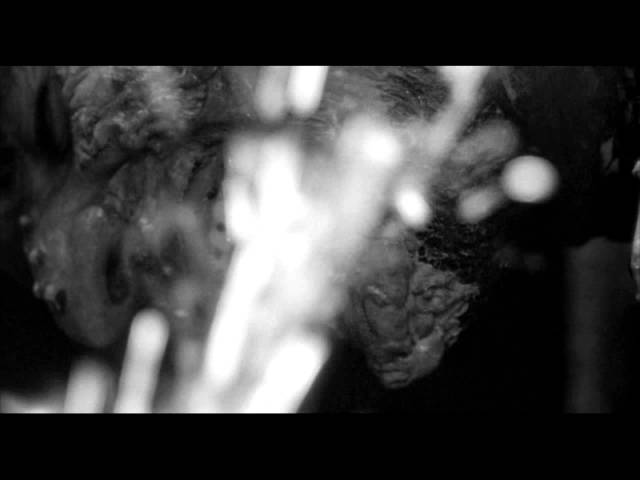 You’ll find there’s no one single way to characterise what goes on in a Lynch film – all attempts sound a lot like creative-writing exercises trying to describe the interior state of a hallucinating psychotic. Starting at the beginning, with Eraserhead (1977), is like grabbing an alligator by the nose, but there it is: from nowhere, during the Carter administration no less, Lynch birthed out what might be the most ingenuously strange American film ever made. We’ve been trying to articulate what the hell this cult oddity is ever since, from the wailing mutant baby to the Lady in the Radiator, and somehow we’re right back where we started, wondering when the mere suffocation of dream logic ends and Lynch’s one-of-a-kind perspective on stuff begins.

Hollywood-via-Mel Brooks (who recruited Lynch for 1980’s Oscar-nominated The Elephant Man) came calling, as did a dalliance with compromise – the 1984 blockbuster adaptation of Frank Herbert’s Dune was a convoy of monster trucks he wasn’t allowed to drive the way he wanted. But then Blue Velvet presented us with the modern Lynch, fully-formed like a swamp thing and attacking a semi-recognisable TV-suburban America with an Oedipal flamethrower. This is simultaneously a Freudian Mother of All Bombs, a satire on the Hardy Boys, a psychosexual audience crucifixion, an elegy for lost innocence and an enduring mystery. It’s everything.

This is the neighbourhood that eventually became Twin Peaks, but with depth charges of pained malevolence no TV show, even today, could hope to handle. (The mourning for Laura Palmer was a pop song by comparison.) Having carved Lynchistan out of the homogenised simulacra of American pop culture, the man became a mini-industry. He created flocks of imitators and influence-ees. He intuitively churned out features, shorts, non-starter TV shows, webcasts, albums of very peculiar music, original DVD supplements, paintings, comic strips (“The Angriest Dog in the World” ran in alt-weeklies from 1983 to 1992), and even experimental musical theatre.

His treasured motifs – metaphysical waiting rooms with red curtain walls, unaccountable doppelgangers, shots that plunge into tiny abysses, distorted and disassociated voices (why, exactly, did Freddie Jones have a helium squeak in Wild at Heart?), shrieking psychopathy lurking beneath the surface of ordinary life, etc. – have become, bizarrely enough, recognisable parts of the broad cultural slipstream.

But are we any closer to grokking this living legend? Lynch loves his very particular brand of irrationalism because it’s just the way he is – it’s how the sieve on the drain in his head is woven. He doesn’t care if we react, or have our bourgeois notions in some way scandalized. And he certainly doesn’t care if we “get” him or not.

And yet, we do – millions of us, somehow. Or so we think. We’re definitely not experiencing a typical artist-audience communion; even the most die-hard Lynchian could not admit to feeling close to the man emotionally, or empathise with his point of view. An old story that Lynch used to tell in Blue Velvet-era interviews was how, when he was young, he and his little brother John were confronted with a presumably disturbed woman, walking in the other direction, completely nude. What dented Lynch’s forebrain, though, is what happened next: John, a grade-schooler, spontaneously began crying. In a moment, it became the DNA of the Lynch way. Something is wrong, disrupting ordinariness like an abrupt fissure in a flat Midwestern plain, and triggering an irrational response that cuts us adrift.

This may be Lynch’s primary seduction – the sense of unknown tendrils, that even life in a small town might secretly be more than what we take it for, and what the “other” is is something we never imagined. We know Lynch’s vision isn’t a pose or statement, but more of an organic manifestation, so ironically it often feels possible, a revelation of a seventh side of the cube we never knew was there. By far the most mass-market of Lynchian splooges, Twin Peaks is like one of those secret passages in his films, where we enter into darkness and come out somewhere else. The secret “somewhere” is, and has been, both chilling and invigorating. It’s a place only he can show us.