The most unforgettable moment from The Mary Tyler Moore Show, out of dozens of contenders: Mary sits at the bar with her newsroom co-workers, drinking their sorrows away. They’ve had a grim day – her cranky boss Lou Grant just attended his ex-wife’s wedding, while he’s still reeling from the divorce, so the others tagged along for moral support. Pompous anchorman Ted Baxter tries to lighten the mood with a knock-knock joke. Lou growls, “Ted, this better be a pretty funny knock-knock joke. I lost a wife today.” It’s a godawful joke. The punch line: “Anna Maria Alberghetti in a taxi, honey.” (She was a Fifties starlet who became famous in the 1970s for salad-dressing commercials.) But Mary bursts into a fit of hysterical, slightly scary laughter. She starts singing the old Dixieland jazz standard “The Darktown Strutters’ Ball.” That’s how it ends: Four miserable, lonely, bitter adults getting drunk on a bad day, singing to themselves. 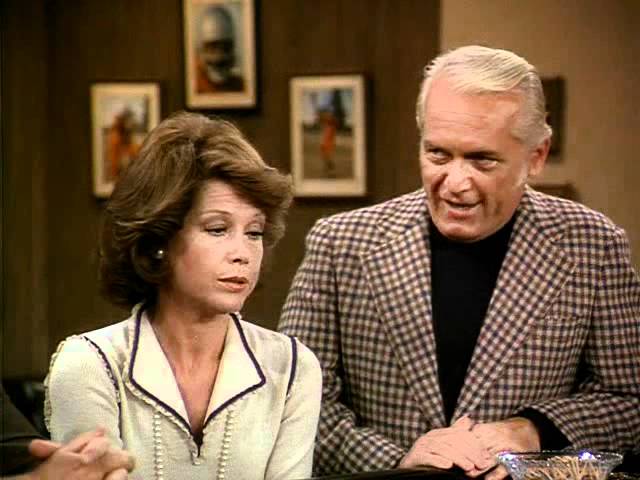 The moment wouldn’t work without Mary Tyler Moore, the realest of sitcom heroines, and the greatest TV comedian (male or female, old or young) of her time. Moore, who died yesterday at 80, was a virtuoso full of heart and soul, turning the world on with her smile. She invented a new TV archetype: the high-strung independent woman, making it on her own in the city. The show ran from 1970 to 1977, starring Moore as Mary Richards, a young writer starting over after breaking up with her fiance, leaving her to start over in a new town. She worked in a Minneapolis TV newsroom, a virtually all-male office, with Ed Asner as the hard-drinking tyrant of a boss. “You’ve got spunk,” he told Mary at their first meeting. “I hate spunk.” 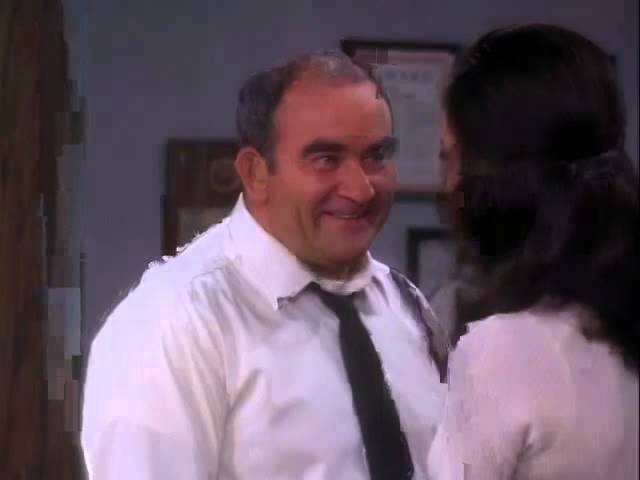 Mary’s McCartneyesque spunk could be hard to stomach for her more cynical companions; her sassy neighbour/best friend Rhoda (Valerie Harper) used to call her a “feeb.” But she was our feeb. She turned 30, she loved having her own apartment, she dated but didn’t agonise over that kind of thing (it was rare for a boyfriend to last a second episode). She went to jail for refusing to name a source. She was probably the first woman on TV to talk casually about using birth control. Because she was having sex. When a boyfriend muses that there’s no way special way to celebrate the ritual of saying “I love you,” Mary bats her eyes and says, “Wanna bet?”

The Mary Tyler Moore Show was like the album cover of Carole King’s Tapestry – a Seventies archetype of a thirty-something woman on her own, looking back on youthful dreams that didn’t work out, unafraid of the future, savoring an independence she hadn’t quite planned on. And like the King record, Mary nailing that letter “M” proudly on the wall of her new apartment was an iconic image that wouldn’t have been thinkable a few years earlier, a pop-culture reflection of how feminism was changing the world. If you were a Seventies kid, it was a trip to watch Mary Tyler Moore with your mom. I used to look out of the corner of my eye to see moments where my mom would laugh or nod knowingly. When she did the Mary and Rhoda reunion special with Harper in February 2000, I watched with my mom; it seems half my friends did.

She began in show biz as a dancer, before getting her big break on The Dick Van Dyke Show in 1961. As Laura Petrie, she was the suburban housewife, showing off her astoundingly virtuosic comic chops – her rubber mug capable of going from misery to mania in a flash, her quavery high-pitched voice wailing, “Oh, Rooooob!” She and Dick Van Dyke were TV’s answer to JFK and Jackie, the kind of bright young couple that liven up a dinner party by singing a duet like “Mountain Greenery.” This was the foxy young Mary Tyler Moore, the one who would show up years later as an erotic muse in Weezer songs. In 1969, she starred in A Change of Habit, the last Elvis Presley movie and a truly terrible flick where she plays a nun, except the King falls in love with her. Elvis: “Is there somebody else?” Mary: “You cooouuuld say that.”

But like Carole King, who spent the early Sixties writing pop classics like “Will You Love Me Tomorrow,” Moore shocked everybody by growing up with a bang in the Seventies. The Mary Tyler Moore Show was something new, and it was an immediate massive hit, taking on divorce and one-night stands and ageing and fertility issues and equal pay. Everybody on this show was an adult, with adult problems – in one episode, Mary has to dump a dude because she can’t stand his kid. It’s tough to overstate how revolutionary this was at the time, yet it’s still funny today, especially with such a cast: Moore, Asner, Harper, Ted Knight as Ted Baxter, and Betty White in her glory as Sue Ann Nivens. The Mary Tyler Moore Show never had a creative slump (the sixth season is my favourite), but like Seinfeld, it boldly went out on top, signing off in 1977 with its classic final episode: Mary turns out the lights one last time in the newsroom, with everyone singing “It’s a Long Way to Tipperary.”

Moore played variations on her signature charm – the failed variety show The Mary Tyler Moore Hour, the 1978 special How to Survive the Seventies and Maybe Even Bump Into Happiness, the actually-pretty-good but still short-lived 1985 sitcom Mary. She got an Oscar nomination for the 1980 film Ordinary People, playing against type as Timothy Hutton’s heartless mom. But her finest movie moment in film was her brilliant turn in David O. Russell’s 1996 gem Flirting With Disaster as Ben Stiller’s mom from hell, lecturing Patricia Arquette about her breasts and attacking George Segal with a wheel of Brie. 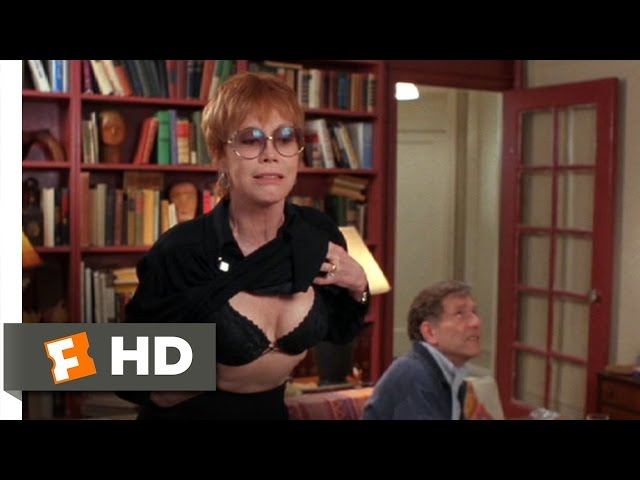 Her greatest creation, however, was still The Mary Tyler Moore Show, the perfect vehicle for her unique combination of warmth and neurosis, and a classic TV character case study: the people-pleasing good girl forced by events to stand up for herself as an assertive adult. The most famous episode, rightfully, is “Chuckles Bites The Dust,” a showcase for her chops as a physical comedian, as she goes to a clown’s funeral and can’t stop from laughing. As the preacher goes over Chuckles the Clown’s career – “A little song, a little dance, a little seltzer down your pants” – Mary’s face and body do a St. Vitus dance of agony as she tries to swallow her laughter. In just a couple of minutes, without a single spoken word, she acts out extremes of guilt, neurosis, sarcasm, spite, ecstasy, humiliation. And then when the preacher tells her, “Laugh for Chuckles,” she breaks down into a spasm of tears. Only Moore could have made this moment so funny, so touching, so painful. Moments like these are why she’s remembered and mourned around the world today. Here’s to one of the all-time greats.