‘The family that slays together stays together” — it’s a phrase might as well be inscribed in Latin on the Cody clan’s crest. Three generations of burglars and thieves come together under one roof on TNT’s rough-hewn new drama Animal Kingdom (an Americanised adaptation of the 2010 Australian crime thriller) and precious little is off-limits: the kids blow lines of coke in front of their elders, the oldest son delivers an extended angry tirade to his relatives while hanging dong, and if someone gets bumped off during a messy jewel heist, you better pray that Ellen Barkin’s Ma Barker-like matriarch is cool with it. Don’t think that power struggles among this blood-related syndicate won’t turn family dinners from awkward to violent in seconds flat.

To fully prepare yourself for the show’s June 14th U.S. premiere (Australian premiere date TBC), take a look over the who, what, and why of this California Sopranos.

Who’s in it, and what’s it about?
The queen bee is Janine, affectionately known as “Smurf” to her brood of no-goodniks. Portrayed in the original film by Jacki Weaver (in a performance that’d net her an Oscar nomination for Best Supporting Actress), the role changes hands to Ellen Barkin for the small-screen version. She animates Smurf with the same eerie contrast between matronly affection and unsparing cruelty that made Weaver a trans-Pacific sensation; when the audience first meets her, she growls a muted threat of violence at her own son for letting a perfectly good batch of cupcakes burn.

Eldest son Pope (Fear the Walking Dead‘s Shawn Hatosy) returns from a years-long stay in the clink during the pilot, and the volatile, possibly psychopathic young man is not pleased to see how the shop’s been run in his absence. Receiving the brunt of his abuse is his brother Craig (Ben Robson) and close friend of the family/partner-in-crime Baz (Scott Speedman), who grows unsure of the Codys’ high-risk lifestyle when a wife and child enter the picture. The youngest son, Deran (Jake Weary) scuttles around the family cesspool, trying not to get caught up in the fray.

And then there’s Josh, rechristened “J” (Finn Cole) upon his reunion with his relatives and the de facto audience surrogate. After his mother dies from a heroin OD in the pilot’s opening minutes, J contacts his estranged grandma Smurf, who welcomes him in with open talons. He’s the show’s internal conflict engine, both frightened of his ruthless uncles and weirdly menacing grandmother and seduced by the authority they assume.

Who’s running the show?
Showrunner Jonathan Lisco is no stranger to gritty, morally ambiguous narratives about the nobility among crooks and ethically challenged cops: He was a co-producer on the third season of L.A.-set police drama Southland, one of TV’s best-kept secrets, and created K-Ville, another show about the boys in blue set in the post-Katrina ruins of New Orleans. The writers’ strike and shrinking viewership damned it to a premature death after 11 episodes, but it helped solidify Lisco’s track record, as did his recent tenure as an executive producer on AMC’s Halt and Catch Fire. John Wells (ER, The West Wing) is also on board as co-showrunner; the pair first met while co-producing Southland. Splitting the duties fifty-fifty with Lisco, Wells brings an expertise on toxic family environments to the table, having helmed the film adaptation of the scream-a-thon August: Osage County in 2013.

Wasn’t this originally set to run on a premium-cable network?
Kind of. During a talk at the Tribeca Film Festival, Lisco confirmed that he had originally shopped the program to the suits at Showtime, who passed; he eventually took the project to his old pals at TNT, Southland‘s home for most of that drama’s run. But you can tell that the series was designed with the freedom of premium cable in mind. It seems weird that the Codys aren’t using four-letter words in every other sentence, and one shot in particular goes to the most elaborate lengths this side of Austin Powers to obscure a pair of breasts. Drug use and vicious beatdowns take place in full view, and while the show certainly hits the grim timbre it’s looking for, it only behaves as bad as it’s been allowed to be.

This is loosely based off of real family of criminals in Australia, right?
David Michod’s 2010 movie Animal Kingdom, which provides the source material for the show, was in fact inspired by the real-life account of Melbourne’s Pettingill family, another flock of drug-runners/arms-dealers/big-time thieves under the thumb of a tyrannical older woman. The film starred Weaver, Guy Pearce, Joel Edgerton and James Frecheville; it was also the movie to introduce future Rogue One bad guy and Bloodline MVP Ben Mendelsohn to a larger international audience. The picture took Australia’s film awards by storm upon its release in 2010 and signalled that the first-time director, a member of the film collective known as Blue Tongue, was a talent to watch. (Michod delivered on the promise, too; his follow-up, the dystopian Western The Rover, got outstanding performances out of Pearce and Robert Pattinson.)

While the character names may have remained unchanged from the movie, this small-screen remake still qualifies as its own, ahem, animal. Lisco’s show trades the sunbaked expanses of rural Australia for the faceless sprawl of southern California’s outer-L.A. fringes, for one, and the Cody brothers now spend their off-hours frolicking in the surf instead of the down-under suburbs. The cop that Pearce portrayed in the original has been minimised as well, but otherwise, the scripts stay pretty faithful to the source film, though a familiarity with the original is by no means a necessity to enjoy the upcoming series. And while Lisco’s latest meditates on the same themes of family, individuality, morality, and identity, he plays up the pulpy genre angle a bit more. Still, the show’s emphasis on the Codys’ blood bonds and dysfunctional family matters resonates no matter what continent it takes place on. Screaming at mom is the true universal language. 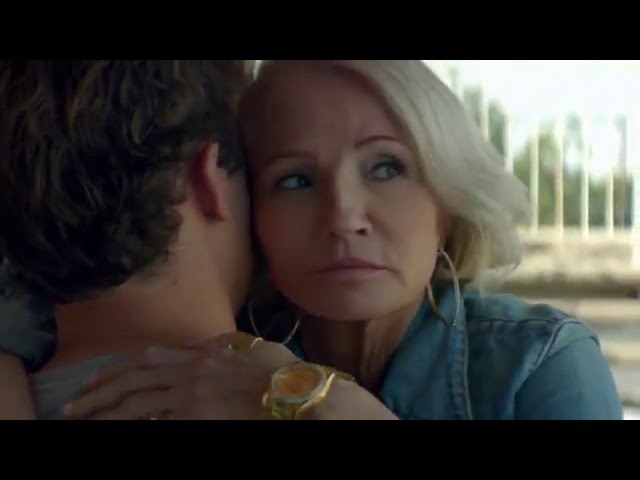