Can You Solve the Official White Stripes Crossword Puzzle?

On December 4th, Third Man Records and Columbia Records will release the White Stripes’ Greatest Hits, a 26-song collection pulling from the band’s prolific run of six original albums from 1999 to 2007. One of those albums, 2003’s Elephant, was recently voted one of Rolling Stone’s 500 Greatest Albums of All Time.

When Jack White’s label, Third Man Records, recently announced the upcoming collection, they kept most details under wraps, including the track list. The only song they revealed would be on the compilation was “Ball and Biscuit,” releasing a blistering never-seen live performance from Tokyo, Japan, in 2003.

Now, the band is rolling out the track list in a typically surprising (but appropriately color-coded) way: a crossword puzzle, which you can view below. If you have any trouble, right click and download it. Be warned: It’s challenging. (4 Across asks for the name of a lodging site in Nixon’s birth town. 6 Down asks for the colloquial name for a STC 4021 microphone.) The puzzle was written by Ben Blackwell, the band’s foremost historian, who toured with them in their earliest days and founded Third Man alongside Jack White and Ben Swank.

“When the idea of a crossword puzzle for announcing the White Stripes Greatest Hits track list came up, I thought it’d be a fun challenge to see how many of the song titles I could wring clues out of WITHOUT using anything to do with the band or their version of the songs,” Blackwell says in a statement. “When TMR co-founder/co-owner (and someone DEEPLY involved in the tracklist selection) Ben Swank told me ‘I don’t know the answers to any of these,’ I felt like I had done a decent job.”

The new album will be available on red-and-white vinyl for subscribers to the Third Man Records Vault. Fans who order through the Vault will also receive a separate LP of “largely overlooked, previously scattered B-sides.”

Third Man previously explained why the band is releasing a Greatest Hits album in the first place: “In an era of streaming where the idea of a ‘Greatest Hits’ album may seem irrelevant — that an act’s most streamed songs are considered their de facto ‘hits‘ — we wholeheartedly believe that great bands deserve ‘Greatest Hits’ and that a large part of Third Man Records’ and the White Stripes’ successes have been built on zigging when the rest of the music business is zagging. Thus, for a great band with great fans, a greatest hits compilation for The White Stripes is not only appropriate, but absolutely necessary.” 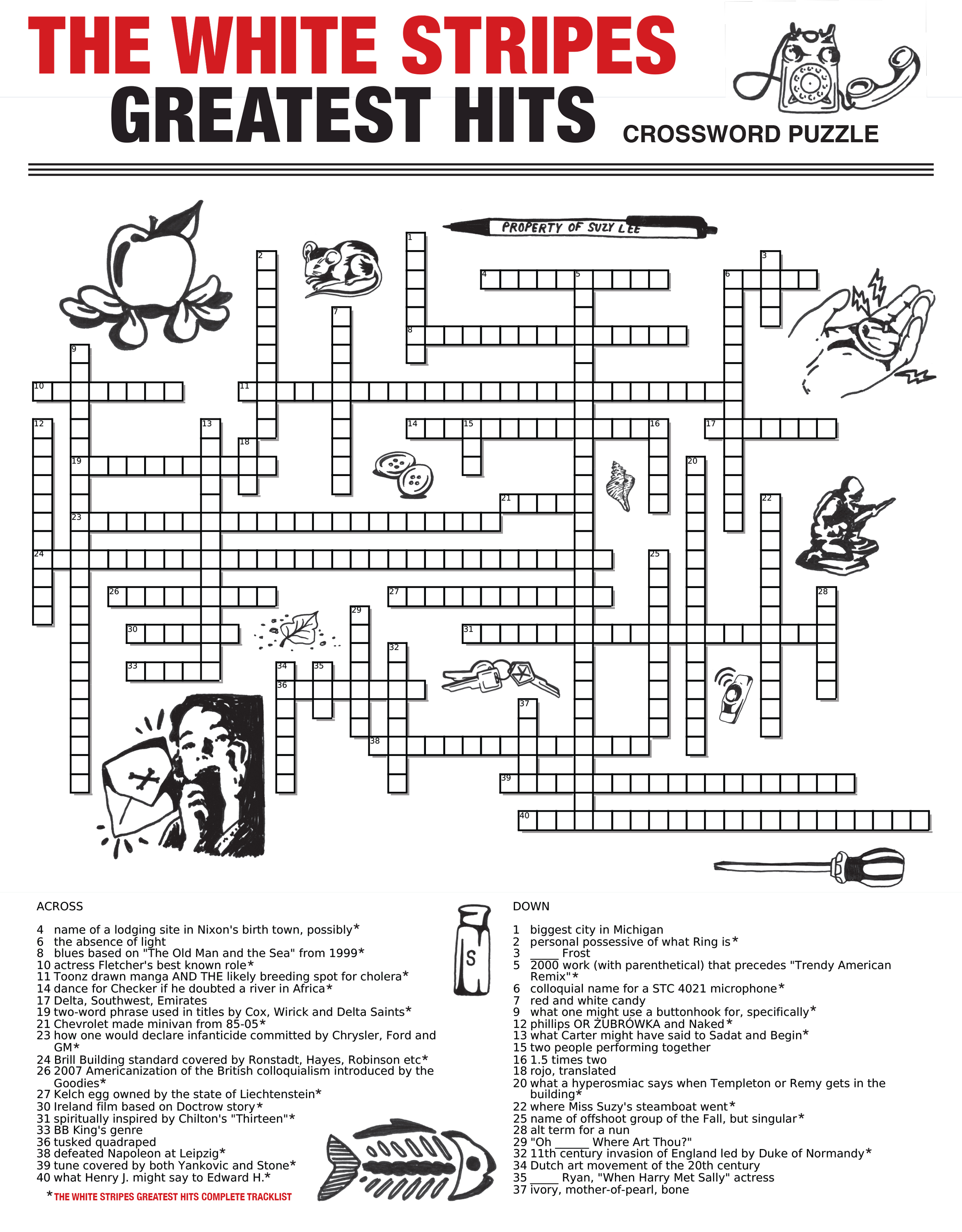