Zen and the Art of the Tough Guy

As someone who originated one of the most iconic gangster roles of all time — Goodfellas’ glorious flameout Henry Hill — it’s understandable that Ray Liotta wouldn’t want to pigeonhole himself with another Mob project just a few years later. Which is why, when Sopranos creator David Chase took a train all the way to Richmond, Virginia, where the actor was filming Ridley Scott’s Hannibal, to ask him to join Season Three of the series, Liotta politely but firmly declined. The part of Ralphie Cifaretto eventually went to Joe Pantoliano, who won an Emmy for the fourth-season episode where (19-year-old spoiler warning!) Ralphie literally loses his head. But Liotta has no regrets.

“I think they got the right guy for that part,” he says. “It just wasn’t the right thing at that time, and I had some other things lined up. I was doing Heartbreakers right after that, I think. But I was really, really flattered that David did that. And because of that, I wanted to try to get to work with him again, because I really liked The Sopranos.”

Some 20 years later, they’ve both gotten their wish, as Liotta, 66, makes his mark in the Sopranos prequel film The Many Saints of Newark. Set in the late Sixties and early Seventies, the film centers on Alessandro Nivola as “Gentleman” Dickie Molitsanti, father to Tony’s “nephew” Christopher from the show. Liotta enters the film as Dickie’s own father, “Hollywood” Dick, just back from a trip to Italy with his beautiful young Italian bride Giuseppina (Michela De Rossi). Early in the movie, his performance is brash and voluble — offering a glimpse of a world where Liotta might’ve played Joe Pesci’s character in Goodfellas — but later on, he gets to do some of the quietest and most intense acting of his career.

Liotta spoke with Rolling Stone about his longevity in Hollywood, missed opportunities, his humble start in soaps, and more. 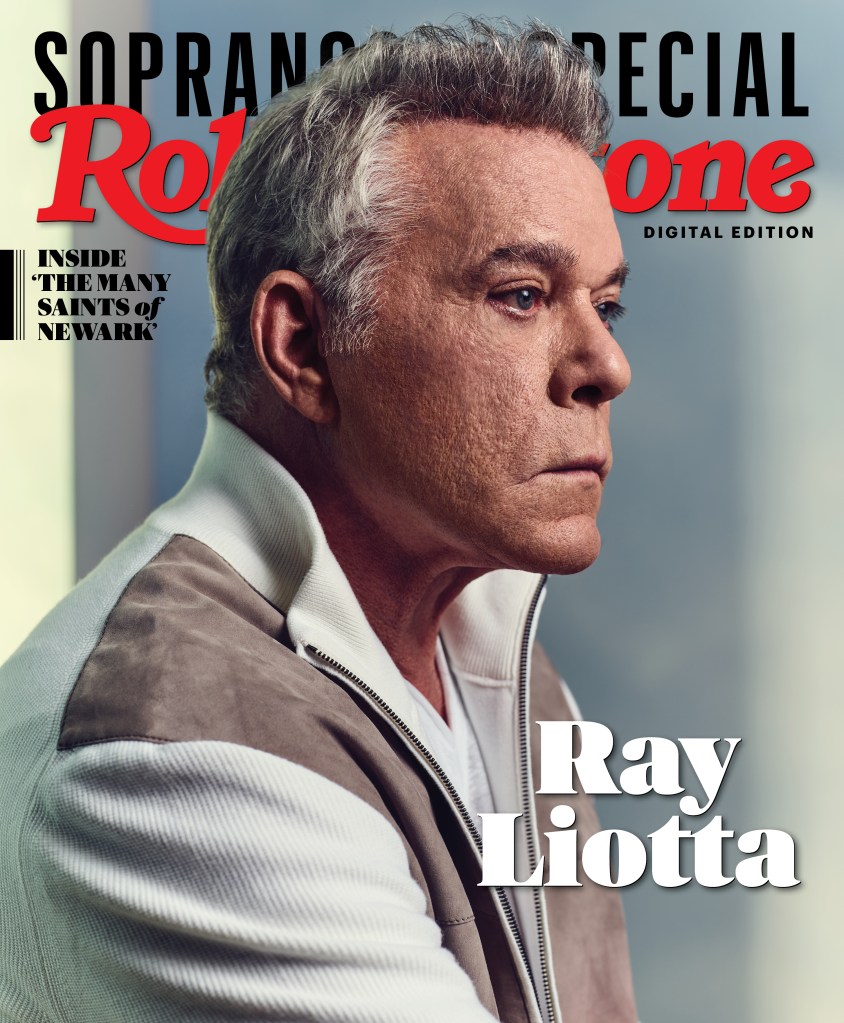 What interested you about this movie?
I had heard about it. I’m not sure if they didn’t want to see me, but I said I wanted to meet with David Chase and Alan [Taylor], the director. They said, “They’re in New York.” So my agent called and they said, “Yeah, he can come and meet us, but there’s no guarantee one way or the other.” So I flew myself out to New York. By the end of lunch, they said there’s a role they had in mind for me. So it worked out. But I flew myself out there not knowing what would happen.

How often will you go in for a meeting where there’s no offer and maybe not even a part for you at all?
You know what? A lot. I don’t have pride like that. If I want something — you know, a lot of people have set ways that they think you are. They typecast you. If I want a job, I don’t say, “Oh, fuck you, I won’t do that.” It doesn’t bother me if it gets you where you want to get. This business, it’s always a hustle. And if you really want to do it, then you gotta do what you gotta do.

David told me he’d always admired your work. When he saw the climax of Something Wild, he thought to himself, “Boy, that guy’s dangerous.” Is that a sentiment you’ve heard a lot in your career?
Sometimes. I waited a year till I did my next movie [after Something Wild], because I was well aware that that could happen. I did this movie, Dominick and Eugene, where I was a medical student and Tom Hulce was my disabled brother. It was really a nice, sweet, beautiful movie, and nobody saw it. Field of Dreams, I didn’t hit Kevin in the head with the bat. But these bad guys, they stand out to people. 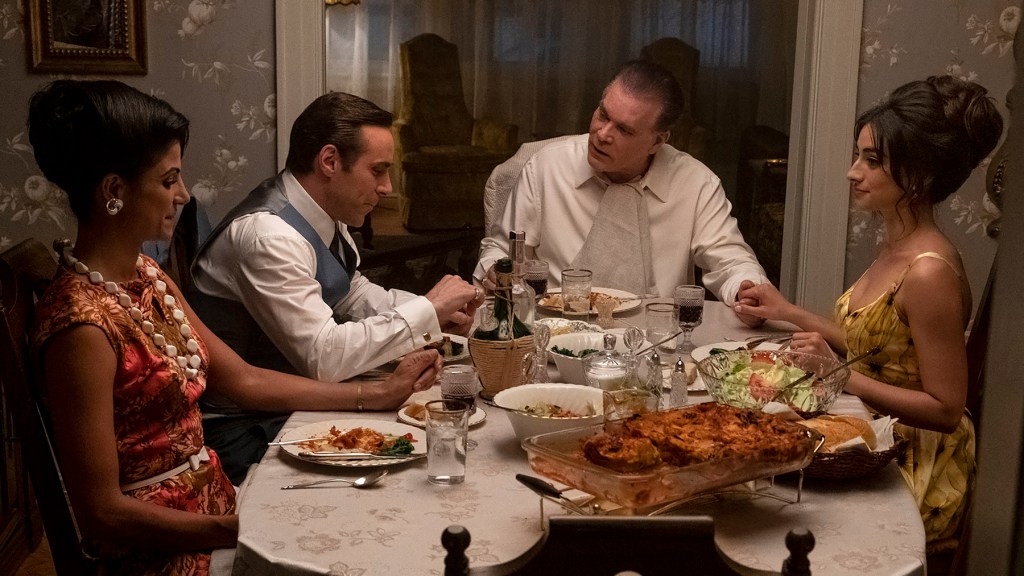 Have you struggled with that typecasting?
Yeah, totally. But that’s what fucked things up for me. I just waited too long. Some of the movies didn’t work, and then I said, “Well, I’m not gonna do two bad guys in a row.” You have this idealistic view of how you want it to happen, and when it’s not [going that way], then you have to adjust. I did movies with the Muppets — Danny Trejo and I were singing and dancing with Tina Fey in one of the Muppet movies, and I had to fall in love with Miss Piggy. I’ve done these other things: Dominick and Eugene; Corrina, Corrina. If you were to look at other actors who play edgy characters, that’s what you remember from them. You don’t remember De Niro in Stanley & Iris. You don’t remember the race-car movie Pacino did [Editor’s note: Bobby Deerfield]. I’m not sure why it happens. I got a lot of bad-guy scripts right after Something Wild. I said, “No, I’m not going to do it,” but I should have done it and capitalized on what was going on, because it could have been really successful. But at that time, I just had a different mentality.

How difficult was Miss Piggy to work with compared to some of your other co-stars over the years?
She’s a bitch! But, I gotta say, she’s the only actress I slept with.

Do you remember if any of the movies you turned down back then became huge successes?
Not really. I kind of just let it go. I played sports my whole life, in high school and after, and sometimes I look at this as a one-on-one competition, which it’s not. But it can be crazy. I had people calling me up when they heard that Marty was circling around me for Goodfellas. Like, an actor I barely knew called me. I don’t know if he was trying to psych me out or what. But they’re all fucked up. We’re all competitive.

Are you approaching potential roles differently now than you did back then?
Yeah, more are coming my way. After doing this for over 30 years, there’s a body of work now. The directors and the producers see you can do something else. I’m doing something for Apple with Taron Egerton, and that part is just beautiful. In Blow, I played a nice dad. So, I’ve done it. And for some reason, I’m busier than I’ve ever been. I think Marriage Story helped a lot. I really love doing this, so I go after the things that I want. And luckily, there’s so much stuff going on because of all these new stations and streaming services.

What draws you to roles now?
The story, the people that are working on it. After the pandemic, I saved money, but it definitely put a crimp in what I did. So there’s things that came along I think I would have done no matter what, and then things you do just to right yourself. But people are more forgiving. I remember when I first started, if you were doing television, you were over. And now, you do commercials, it doesn’t matter. People understand. The business has changed so much.

When you’re given a character like Hollywood Dick, where do you start in building the performance? How do you find the character?
It showed itself. Once I saw the story that I tell in the movie about a donkey at a party, and it cracks me the fuck up? That showed me a looseness. I’m bragging about this young girl I picked up and married in Rome, and showing pictures of her to a priest. So the information is there. And I got all of that from my acting teacher, Harry Mastrogeorge. I was on a soap opera, I quit the soap after three and a half years and moved to L.A., and Steven Bauer and Melanie Griffith told me about this acting teacher. I went to see him and just really liked this guy, and his method worked for me. I got Something Wild, and then after I did a movie, I would go back to class. I did that for 12 years. The biggest thing is, he teaches you self-reliance.

Sometimes, actors who come out of daytime soaps talk about the discipline it gave them. Did you pick up anything from your days on Another World that proved useful later in your career?
I remember when I got offered it, I was like, “I don’t want to do a soap opera. I want to go and do a Scorsese movie.” But I got Another World six months out of graduating. It happened really fast. It just so happened it was really, really good training. These were unbelievable people I was working with, these great stage actors, really seasoned, and our producer made sure they would be free to go and do plays when they wanted to. So I learned a lot being around them. I really liked it. It didn’t bother me at all.

You have some scenes later in the movie that are really intense because of how still and reserved you are. It’s a note you’ve gotten to play in your career before, but not often. Was it appealing to you to be able to show a different side of yourself as an actor like this?
Just the challenge of trying to pull it off was, more than anything. [But] it wasn’t a reason to do it. As a matter of fact, it came about as a surprise. It wasn’t set up that way from the beginning when I got the part.

David told me he might’ve asked you to be Tony Soprano back in the Nineties, if he thought there was a chance you’d do it. Ultimately, what did you think of James Gandolfini’s performance in that role?
Oh, he was fucking great. I’ll be honest, at that time, I wasn’t following any shows like that. I didn’t want to commit, so I only watched it sometimes. But whatever I saw — even if you just saw a picture [of him as Tony] in a paper or a magazine — he was just fucking there. He went deep, and I really admired him. And that’s unusual. The one who feels the deepest, whether it’s love or anger, that’s how you move people.

In This Article: Martin Scorsese, Ray Liotta, The Many Saints of Newark, The Sopranos