In the new, cancellation-happy era of Netflix (the latest victims: the fun yet thoughtful Teenage Bounty Hunters, the un-renewed cult favorite GLOW), it seems the safest thing a creator can make is not a sprawling tale requiring many seasons, but something tight and cancel-proof, like a limited series or an anthology show. This week’s entry into the field is The Haunting of Bly Manor, a spiritual sequel to 2018’s Haunting of Hill House.

The source material is different (the writing of Henry James, primarily The Turn of the Screw), as are all the characters, but Mike Flanagan is back again as creator. And he’s reassembled much of the Hill House cast, including: Victoria Pedretti as an American au pair caring for two orphaned British children; Henry Thomas as her employer; and Oliver Jackson-Cohen as Thomas’ former right-hand man. If you watched the prior series, you can have fun seeing the different ways Flanagan deploys his repertory players: For instance, the London-born Jackson-Cohen played an American in Hill House, and here has a thick Scottish burr, while Thomas tries on a posh English accent. And there are some thematic parallels between the two, particularly in Flanagan’s interest in finding empathy for the ghosts who populate these creepy old homes. But Bly Manor stands completely on its own, offering many of the same thrills, chills, and, yes, frustrations of Hill House without requiring anyone to have watched the earlier series.

This one begins at a rehearsal dinner for a Northern California wedding at 2007. Late at night, the prospective bride and groom gather several guests around the hotel fireplace to share spooky stories. One guest promises, “I have a story. Well, it isn’t really my story. It belongs to someone I knew. And It’s not exactly short.” And with that, we are in the U.K. of 20 years earlier, getting to know Dani Clayton (Pedretti), an American abroad with big hair and a ubiquitous pair of pleated, high-waisted jeans, lest you forget in what decade the bulk of the story takes place. Already chased by ghosts from her own past, Dani signs on to care for Flora (Amelie Bea Smith) and Miles (Benjamin Evan Ainsworth), the orphaned niece and nephew of wealthy businessman Henry Wingrave (Thomas). While Henry works seemingly around the clock in London, she travels out to the family’s spacious, extremely haunted country house in Bly, to work alongside cook Owen (Rahul Kohli), housekeeper Hannah (T’Nia Miller), and gardener Jamie (Amelia Eve). The kids are a puzzle — perfectly splendid little angels in one moment, unnerving monsters the next — as is the question of what happened to Dani’s predecessor, Rebecca Jessel (Tahirah Sharif), and Uncle Henry’s exceedingly shady sidekick Peter Quint (Jackson-Cohen). Malevolent spirits seem to lurk just out of the corner of Dani’s eye, or in the reflections of any mirror she’s not meticulous enough to cover up. It’s unclear at first which ones are native to Bly, and which she brought with her from the States.

Haunting of Hill House split its focus among five siblings in the same family (plus their parents) across two different eras. It bounced around enough in time, space, subject, and style — including one remarkable episode that looked like it was all shot in a single take, even as the action took place in two different locales and decades — to more than fill up 10 episodes of secrets and jump scares. Flanagan seemed to suffer a bit of a failure of nerve at the end, with a finale that felt too upbeat for everything that had preceded it. Still, those earlier hours were such well-crafted classical horror, and the main characters so thoroughly imagined by Flanagan and his actors, that it felt worth the investment even though it eventually lost the plot. 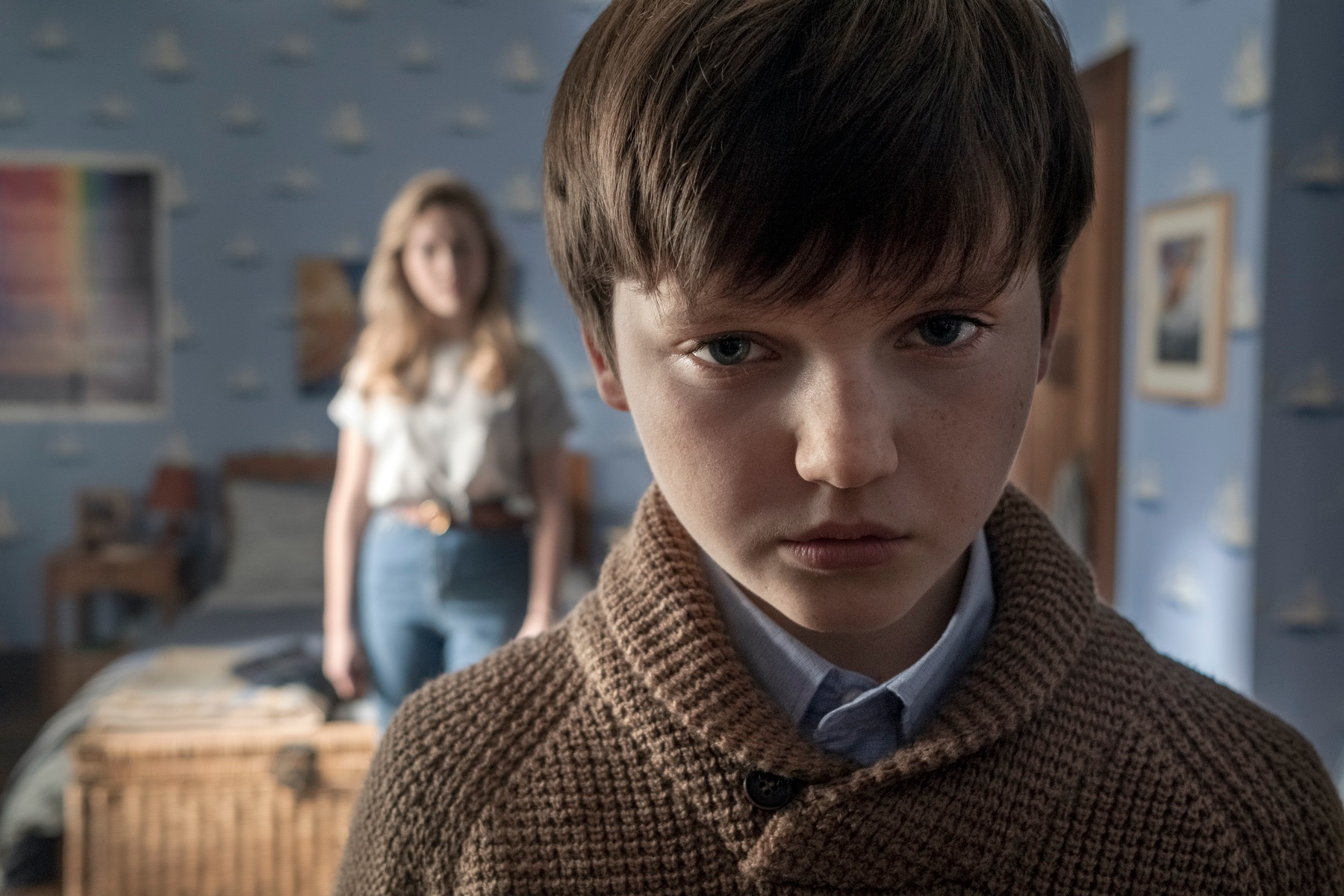 Though most of the Bly Manor ensemble gets a detailed backstory, and a few of them their own spotlight episode, for the most part this is a much smaller tale, and primarily a showcase for Pedretti. Her appealing vulnerability, and her talent for making the supernatural feel like something painfully real to Dani, do a lot of the heavy lifting this time around. In some ways, the narrower approach is effective in how it allows Flanagan and his collaborators to layer on the details about Bly Manor and its occupants, until you feel like you could draw a blueprint of the place from memory.

The season has two interlocking mysteries: what happened to Dani, and what is happening at Bly Manor. For a while, the two interweave in a satisfying way that makes the story feel denser than it ultimately is. Once one of them is solved — at a relatively early point — the season can start to feel padded. The finale is mostly a long, Lord of the Rings-style epilogue, while several other episodes are structured to be 50 minutes of foreboding atmosphere, followed by five minutes of craziness.

Now, Flanagan happens to be very good at atmosphere. The sense of dread and confusion throughout the house are palpable. Much of the action takes place at night, and Flanagan, the other directors, and cinematographers Maxime Alexandre and James Kniest do well at making things clear whenever they need to be. Like with Hill House, the style is deliberately old-school and low-fi. This is not a show meant to be watched while you scroll Instagram, or you’ll miss the many disturbing things that pop into the background for a half-second or two. And many of freakiest moments come from the simplest of effects, like an unknown woman’s hand coolly sliding into the frame without explanation while Dani is having a conversation with Flora, to place a finger on the adorable little girl’s forehead. Rather than attempt to top the all-oner episode from Hill House, Flanagan tackles a simpler aesthetic challenge for this season’s stunt episode, the eighth. While it won’t leave viewers slack-jawed with wonder at how the crew pulled it off, it provides important emotional grounding to all the wild things that have happened to Dani and the others to date.

And the conclusion feels much more of a piece than Hill House‘s did. Even before the ghost story begins, we hear a bittersweet rehearsal dinner toast about how the best-case scenario for marriage is that you will stay together long enough for one of you to watch the other die. But, the eloquent guest explains, “To truly love another person is to accept that the work of loving them is worth the pain of losing them.” The true meaning of that idea doesn’t become fully apparent until close to Bly Manor‘s end. But once the circle completes itself, the whole thing feels richer than it sometimes does in parts, even if Flanagan, like our narrator, easily could have told this story in a more compact form.

However you feel about the ending, at least The Haunting of Bly Manor gets one, which is an unfortunately increasing rarity for series streaming on the biggest player in the business right now.