It’s not hard to see Wyclef Jean‘s influence in contemporary music. DJ Khaled, Rihanna and Bryson Tiller’s “Wild Thoughts,” which samples heavily from Santana, Jean and the Product G&B’s 2000 hit “Maria Maria,” sits near the top of the U.S. Billboard charts. Last year, Young Thug dedicated a song from his acclaimed Jeffery to “Wyclef Jean.” More subtly, hip-hop is filled with artists who unabashedly blend pop songwriting with a hip-hop ethos. “So the new rap is singing now,” he laughs while remembering the criticism he received for his 1998 pop hit “Gone ‘Til November.”

In the mid-Nineties, Wyclef was one of the first mainstream rap stars – along with his former Fugees partner Lauryn Hill, Cee-Lo Green, Missy Elliott and Queen Latifah ­– to not only rap, but straight-up sing, and not just harmonise in a rap cadence à la Slick Rick and Nice & Smooth. His 1997 solo debut, The Carnival, was a smorgasbord of jiggy rap, East Coast boom-bap, salsa, reggae and Caribbean pop that still sounds revelatory, and anticipated the current rise of Afrobeats fusionists like Wizkid and Davido. His latest, Carnival III: The Fall and Rise of a Refugee finds him working with not only established songwriters like Sam Dew and Emeli Sandé, but new voices like Watts rapper Stix and New York R&B singer Jazzy Amra. The rapper-singer-guitarist-producer talked to Rolling Stone about 20 years of Carnival series, why the music industry is a “marathon and why he’s promoted global sounds throughout his career.

The concept of the refugee has been a part of your music since the very beginning.
For me, it all starts out with being born in Haiti and being raised in a hut first, and not getting to America until I was 10 years old and the idea of the American dream. And, you know, the idea of the story of the immigrant, and having family even cross the shores of Cuba, some making it to Miami, some dying in the water. For me, the theme was that we all need a sense of belonging. The idea is that once we don’t share that love with each other, and we annihilate each other, then that love leaves [us]. So it’s been a natural theme for me as far as my music and the reality of what I do. I grew up listening to Bob Marley, and the stories that he told were stories of his shack or different places in his upcoming, and the story of faith and hope. So that’s why you constantly hear that theme in my music.

What are your thoughts about the President’s move to end DACA?
My daddy always said, “You don’t break the law, you’re going to be okay. Keep it positive and clean.” So for me, these 800,000 kids are like me, you know what I mean? Because if I didn’t get that chance. … Think about it, the policies were different when I came to the United States, but if it was under this administration, I could have been under the same situation.

The documentary series Unsung dedicated an episode to you last July. You seem like a good fit for that concept: Your work has often been underrated in the hip-hop lexicon for years. However, it appears that has changed recently.
My high school teacher, who is one of my mentors – his name is Wayne Slappy – he always told me the music business is not a 50-yard dash. He said it’s a marathon. … Me, I believe in the long haul. You know, I look at my idols like Quincy Jones, Carlos Santana, Tom Jones. … As far as the work is concerned, I learned from Quincy Jones, who is one of my mentors, like, we don’t look back, we just constantly keep moving and moving. And in moving, you’re going to have cynics. I remember in my career, there were people who said, “He’s doing so much, he’s going to burn out in his late 20s.” So I think, now, people are starting to be, like, “I guess he’s here to stay. He’s not going nowhere. Oh, and by the way, we forgot he did 100 million albums worth of work collectively, with all of his work put together.”

Rappers not only sing so much now, but also that they’re embracing traditional pop songwriting. That’s always been a big part of your work, both with the Fugees and as a soloist, and that is inspiring a new generation.
When I hear a record called “Wyclef Jean” by Young Thug, it’s inspiring, and it inspires me to write a record called “Fela Kuti” [on Carnival III]. When I hear DJ Khaled sample “Maria Maria,” the record that I wrote with Santana … all of this, for me, it’s inspiring, and it lets me know, don’t slow the pen down, y’know? Keep doing your part of it, which is the idea of just constantly writing songs.

What’s your relationship with Young Thug like?
I think our relationship is like the same way when I was doing “Gone ‘Til November,” I was obsessed with Bob Dylan [who appeared in the music video], and I was, like, “Somebody find me Dylan.” I think we just share a mutual respect. … We got some time to spend in the studio. I also heard a lot of records that the public was not privy to yet. I heard a lot of acoustic records with 808s. Definitely was blown away. But the minute I hear Young Thug I get him, because similar to me. Young Thug is a melody man. He has a way that he phrases and patternises words. So I can automatically hear these melodies and understand his frequency. So we naturally connected like the nephew and the uncle.

How about “Wild Thoughts”?
Me and DJ Khaled, we go back. We’ve known each other since he was 19 years old. So he gave me a call and told me he was going to sample my record, “Maria Maria.” And, of course, you know, it’s a big portion of the record that’s sampled, so it had to get cleared. So he told me what he wanted to do. So I had my CEO of Heads Music, Madeline Nelson, call Carlos Santana. And Carlos Santana is, literally, like my godfather. Santana heard it, and then we approved it. Once again, the idea of my daughter being 12 years old and hearing “Wild Thoughts,” and then have to go back to the Carlos Santana record, that’s what keeps you fresh. It’s like, forever young, you know what I mean?

Your current single is “What Happened to Love.” Is that you playing the George Benson-like guitar line at its end?
Yeah, definitely. Once again, being a student of jazz – my high school major – studying jazz, being forced by my teacher [to listen] and then falling in love with it, George Benson is one of the guitarists I look up to. I always loved the way that he’d scat and sing and play at the same time. That was my little tribute to him without saying anything. 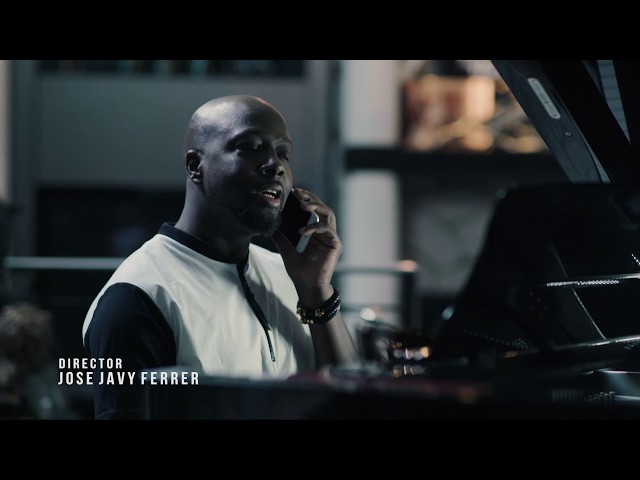 What are your thoughts on the resurgent popularity of African pop or “Afrobeats” in the States, like Wizkid, D’Banj and Davido?
Well, that music, I was a part of it years ago before it even blew up. One of my first trips to Africa was in Nigeria, and if you look I have a song called [“Proud to Be African”]. At the end of the date, D’Banj, 2Face and all these kids – there’s a natural connection with me. They call me “Baba” in Nigeria. So these kids look at me different. There’s a record I have called “Diallo” [which mentions Steven Biko, from 2000]. So I would say, similar to Bob, I was singing about Africa before I even got to Africa. So to these kids, there’s always a natural connection. The record on the album, “Fela Kuti,” is because Fela is one of the people that inspired me – the original Afrobeat king combining the fusion of jazz and what he does. So Wizkid, D’Banj, 2Face, Sound Sultan and I could keep going and going … definitely, these are all family.

You’ve been promoting global music for over two decades. You’ve been there when it’s been popular; you’ve been there when it hasn’t been popular. What’s your view on promoting global music whether it’s trendy or not?
When people were listening to Michael Jackson and “Beat It,” I was like, Yo, who’s the person doing this? I fell in love with Quincy Jones, and went back and studied a lot of his stuff. From there, I understood that to always be 7 years ahead, it’s about fusion. It’s all about fusion for me. Fusion is not necessarily a trait. It comes and it goes, and it’ll always come in different forms. But when you have a love for the culture, you’re just constantly learning different fusions. It was always a natural thing, whether it was the Police’s Synchronicity, or Youssou N’Dour or Celia Cruz, I was just excited by the idea of fusion.

What keeps you excited about music now?
We’re constantly doing music, right? So what fuels Carnival III with excitement is the 1997 sonics meets 2017. … My daughter who is 12 years old, when I’m watching her sing records like “Hendrix,” “Lady Haiti” and “What Happened to Love” when she’s in the studio with me, and she catches on to the hook very quickly. She’s actually telling me how to make the record better, and I’m laughing. All of that, it breeds in you excitement.