Even in trendy Williamsburg, Brooklyn, Valerie June stands out: star-studded sunglasses, a sparkly silver blouse and a plume of thick dreadlocks that sprout in all directions. At her favourite neighbourhood bistro, she attracts the attention of a bald customer who approaches her table to hand her his business card. “Love your hair,” he says flirtatiously. “Maybe you could give me some.” “I might!” June replies with a laugh.

June, 35, smiles again when asked about another compliment she received recently. In an interview posted on his website, Bob Dylan said he’d been listening to June, whose latest album, The Order of Time, is a blend of spacey hippie soul, blues and folk with June’s pinched, modern-Appalachian voice at the centre. “I lost it,” June says of the Dylan shout-out. “My biggest gift, I feel, is songwriting. So to have the god of songwriting mention he was listening to my music is huge. I never went to college, so I felt like when he mentioned my name, I got my degree that day.”

The nod of approval is the latest surprise in June’s long-delayed rise. As one of five kids growing up near Jackson, Tennessee, she received her first taste of show business early on; her father was a part-time concert promoter and enlisted his daughter to help prep the backstage rooms for acts like Bobby Womack. But getting towels for headliners only taught her that she wanted to be onstage instead. She grew up singing in a church so pure it didn’t allow instruments, but at home she listened to what her mum referred to as “drug music”. “I loved Smashing Pumpkins,” June says. “I don’t know how cool it is to say that now.” Nirvana’s version of Lead Belly’s “Where Did You Sleep Last Night” opened her ears to blues. “The white boy led me to the black man,” she says. “It was me looking for the root.” 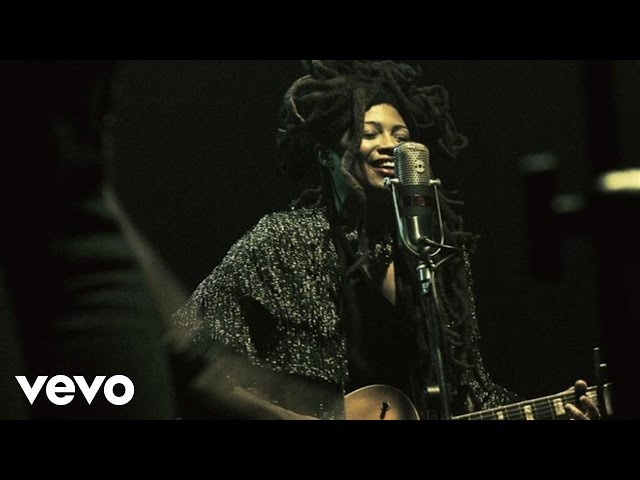 After high school, June relocated to Memphis to live with her boyfriend, singer-guitarist Michael Joyner. They married in 2001, when she was 19. June insisted they form a band, the soul-geared Bella Sun. June hand-delivered their music to area radio stations and newspapers. Eager to jump-start her career, she also auditioned for America’s Next Top Model. “She was restless and unhappy,” says Joyner. “I said, ‘I love you, but you got to pick a direction and go.’ That’s when we started having problems.” The marriage (and band) ended in 2005. June describes a rootless period living “like a hippie” on the West Coast, crashing with friends. She returned to Memphis for years of struggle: cleaning houses during the day, playing coffeehouses at night. (Long before Dylan’s compliment, June toiled at a Memphis herbal store called Maggie’s Pharm.) By then, she was immersed in roots icons like Mississippi John Hurt, Memphis Minnie and June Carter Cash. “Broke-down, bluesy stuff,” says Joyner. “That’s where her heart was.” June cut two albums at Memphis’ famed Ardent Studios, but found no local labels to distribute them. “I could be really low and like, ‘What am I doing this for?’ ” she says.

A small breakthrough came in 2009, when a local director cast her in the MTV online-only series $5 Cover, in which she played a struggling Memphis musician. Around that time, June was diagnosed with diabetes, and medical bills depleted her bank account. She lucked out when Old Crow Medicine Show’s Ketch Secor happened to catch her set at Memphis’ Rhodes College. He co-produced her 2010 country-bluegrass EP, Valerie June and the Tennessee Express. “I was totally captivated by this black girl playing folk music,” recalls Secor. “She had a real old-time voice. It’s got a drawl and a whine. It sounds like the drone strings on a fiddle.” Another early fan was Dan Auerbach, who helped her record 2013’s Pushin’ Against a Stone. “He’s a master of sound,” she says. “I never really knew how a person got an amp to sound like that.”

June saves her biggest praise for her hero Oprah Winfrey. “A big guide,” she says unabashedly. Sometimes June can sound like Winfrey, like when she’s describing how past relationships influenced her song “The Front Door”. “It can feel unkind when a spirit leaves,” she says. “But they leave for their own reasons. I was like, ‘Is this a love song? Is this a spirit song? What kind of song is this?’ ” She can play up her eccentric side onstage; at one recent show, she addressed her guitar in her heavy Tennessee drawl as if it were a person.

Six years ago, June moved to New York to be closer to a then-boyfriend, who, like most of her exes, worked in the music business. “They ruin my life, honestly,” she says of musicians. “I said to myself I was never going to do it again. I have these great rules I’m able to follow, but with that one I just get beat up.” At a festival in Belgium, June couldn’t resist sending Robert Plant a flirty note. “It said, ‘I’m the one with the big dreads and the pink shirt in the corner of the room’,” she says. “We connected eye to eye and started talking. When I’m able to be that close to people, I’m pretty charismatic. I can make my way. Lemme at ’em!”

June hits the road this month for a U.S. tour that will take her to several big theatres. “It’s not exactly the most marketable thing, what I’m doing,” she says. “I was thinking about mainstream pop and how we’re the ones who decide what that is. Can’t it be something else? I think about Louis Armstrong. We wouldn’t consider Louis Armstrong to be pop. But was it pop then? It could have been.”