On their seventh album Stiff, Austin rock n’ rollers White Denim instantly hit the gas with fast and riff-heavy southern rock tunes. A band with a clear, unashamed love for records from a bygone era of psychedelia, who — since the blues of Corsicana Lemonade in 2013 — have further pursued their interest in soul music, enhanced with great gusto on the latest record by new recruits Jeffrey Olson on drums and Jonathan Horne on guitar.

Producer Ethan Johns (Paul McCartney, Kings Of Leon, Ryan Adams) dialled down White Denim’s use of trippy, psychedelic effects on Stiff to create a clean, focused record that has a raw live sound with few overdubs. The album eases from its breakneck opening into a smooth and soulful middle section that shifts towards mellow psych-pop.

“It was essentially a live record”, says vocalist/guitarist, James Petralli, adding that White Denim “kinda had to do it that way in order to work with Ethan.”

This recording process also found the band retreating away from their Texas home base to Asheville, North Carolina — a city home to it’s own emerging music scene — where Stiff was recorded over just a few weeks. A somewhat frantic method that has notably dictated the Stiff‘s urgent and restless structure, with a wide spectrum of influences surfacing across the record.

We recently caught up with Petralli to discuss this fresh rethink of their recording approach, the band’s Austin roots and the global influence of Australian music.

How is it going with the new members Jeffrey and Jonathan? Where did you find those guys and how have they influenced the sound of Stiff?
Well they’re both guys here in Austin that were playing local clubs. Jeff is a rock musician as well as a jazz musician. So I’ve seen him around as a jazz dude. And he’s the drummer so I’ve always really liked to have a drummer with a jazz vocabulary.

The guitar player Jonathan was in the noise and improvisation scene. So, I thought it would be really interesting to get him to play more conventional blues-oriented, southern rock songs and see what happened. It came really naturally to him. He’s got this outside perspective on the music we’re making.

How did the opening fast-paced tracks like “Ha Ha Ha Ha (Yeah)” and “Holda You (I’m Psycho)” come together? They feel like songs produced in the live space.
Yeah, we cut this record with a producer called Ethan Johns, and his dad is Glyn Johns and his uncle is Andy Johns so he comes from a family of really the best producers of all time. They came up in the golden age of record making and Ethan was definitely paying attention.

We played live in the studio and the tunes are pretty much exactly the way we recorded them on stage. We overdubbed a couple of things but Ethan was really keen to get at the energy that we had just playing together.

Yeah, I think that’s a good way to work. How long was the process?
We tracked and mixed the record in 18 days. The quickest I’ve ever made a record before that was 40 days. So, it was a much faster process. Which was really great but also a little bit nerve-racking. Didn’t really have time to sit around and wonder whether something was gonna work. It was pretty much all action. 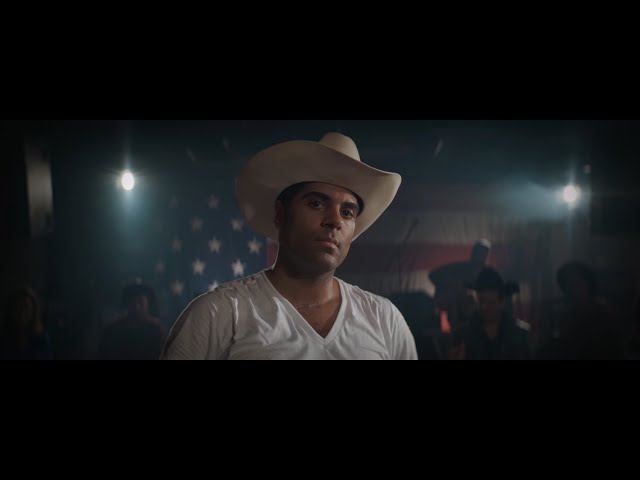 Is there any lyrical narrative running through different songs? Or are they written to just stand alone?
I have written some more conceptual records in the past but this definitely isn’t one of them. This is a good times record for sure. I wrote these tunes in a relatively short period of time. One week I wrote six of them and then another week I wrote another seven or eight songs.

My son was born right around the time that I had to come up with all this material. I was trying to be as helpful as possible with a newborn at home but also knew that I had to make a record in a month. I kind of wrote the record in a scramble and was just thinking let’s get a bunch of tunes together and see what sticks.

The middle section on the record cruises into a slower, more soulful kind of vibe. Is that an essential element to southern rock and what’s around you in Austin?
For me I’m really interested in making albums that you can listen to top to bottom. I like a lot of punk records that are just screaming top to bottom, but my favourite records, the ones that I go back to all the time, kind of have moments of relief.

We love all kinds of different music and I think that even the fast and heavier stuff is pretty soul-oriented. There’s some R&B in every southern rock song. It’s all blues-oriented music. I think that every album needs to have balance that way. So that was why we did a little dip in the middle and kind of had like a soft landing at the end as well.

Your guitar style gives a sense of that late ’60s, early ’70s psychedelic feel.
Absolutely. Most of my favourite music was created during that period. Most of the studio records that we’ve done before this one have more of that psychedelic texture to them. Lots of stereo panning and delay effects and reverbs, kind of trippier production style. So, it’s not only in the playing it’s kind of in our taste generally.

But with Ethan he was really keen to have it be a little more ’65 than ’68 as far as the production went. So, yeah, it was pretty interesting. I would generally bury my vocal with tape echo or some kind of reverb; and Ethan put it right up front. Uncomfortably so for me at certain points but I wasn’t wearing the cap this time around.

As far as you guys being based in Austin, does that legendary live music environment influence your outlook at all?
I think that being in the city, it’s a big deal for Texans to play well. Like musicianship is really important it seems to people in the state. It’s like that for bands stateside as well. And I’ve heard that it’s like that for bands in Australia. I hear a lot of people saying that the Aussies and the Yanks are the killer musicians. The Brits have the style.

We work really hard to play well. That’s a real thing in Austin. You can’t really get on stage and just kind of pretend. You kind of need to have some substance there and show that you practiced and put some hours in.

That’s really interesting. There’s certainly plenty of bands down here that can get away with loose playing, but there are those high proficiency bands around for sure.
We’ve done some touring with Tame Impala and all those guys are killer. All the side projects that they have are killer. I saw this band The Preatures when I was over there, they had it down. AC/DC of course. Or Aussie/DC as they’re sometimes known. Most of the guys that I know from Australia are players man.

On Tame Impala, do you think they’re influencing Americans’ perspective on Australian music?
Yeah, I think that they’re influencing a global perspective on music. To me they seem like the biggest band in the world. They’re the most important guitar band going right now. Everybody wants to sound like Tame Impala it seems like. I’m lucky that I had a few records out before they did. So I don’t really worry about putting flanger on the drums or whatever (laughs). They’re a fantastic band and people are really connecting with them everywhere.

You guys last toured Australia in 2014, any potential you’ll come out for this record?
Yeah, we’re talking about coming out in December. Hopefully that works out.